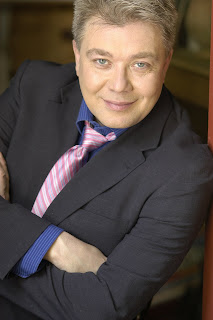 Educators in 22 Pennsylvania districts strongly support arts education, saying most of their students have displayed artwork or performed for the community, but fewer than half those educators are working with other teachers to integrate art into their lesson plans, according to a survey from a community arts council.
Teachers such as Scott Cole, whose fifth-graders create comic books in his class, say adding art into lesson plans is difficult under the constant pressure of state tests and standards.

The first lady traded Washington for New York Monday, with a visit to the Metropolitan Museum of Art.
Mrs. Obama cut the ribbon at the re-opening of the newly renovated American Wing galleries and was joined by Mayor Michael Bloomberg and Senator Kirsten Gillibrand, D-N.Y.
President Barack Obama's recent choice to lead the National Endowment for the Arts is Rocco Landesman, a successful Broadway producer whose credits include the current revival of Hair, along with The Producers, Angels in America and Big River. This effective, energetic businessman is also president of a company that owns five important New York theaters.

For years, school systems across the nation dropped the arts to concentrate on getting struggling students to pass tests in reading and math. Yet now, a growing body of brain research suggests that teaching the arts may be good for students across all disciplines.
As a child, I would entertain stuffed animals, dress in costumes and don a painted face. As a thirteen year old, I was given my first opportunity to be on a "professional" stage through the musical “Mame.”

I auditioned with high hopes of being cast as Patrick Dennis. Be instrumental in the life of a child and donate your long-forgotten, gently-used band instruments to a deserving music program!
The Blumenthal Performing Arts Center is excited to announce the upcoming launch of its second online auction, which runs June 12 - 27, 2009. It offers a fresh new way to support the Center's arts and education programs while getting the chance to bid on an impressive array of interesting items.
http://broadwayworld.com/article/Blumenthal_PAC_Launches_2nd_Online_Auction_61227_Benefits_Student_Arts_Program_20090518 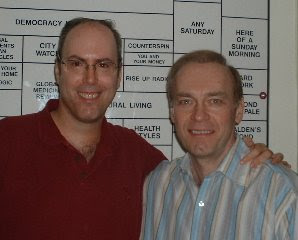 
Scott Schechter, Liza Minnelli’s webmaster who co-produced many album and DVD reissues of Judy Garland’s and Minnelli’s work (including Liza Minnelli: The Complete A & M Recordings), died suddenly Friday in New York City.
He was 48.

Here’s Schechter’s bio on Liza’s website:
Scott Schechter
Director of OfficialLizaMinnelli.com
Scott also appeared in my Judy Garland show when it ran at DON'T TELL MAMA here in NY in the late 90s.
Scott Schechter was an award-winning author, historian and producer, who consulted on and wrote for a multitude of media projects on Liza and her mother, including the CDs Liza Minnelli: The Complete Capitol Collection, the Judy box set, Classic Judy Garland: The Capitol Years 1955-1965, The Judy Garland Show: The Show That Got Away and Liza Minnelli: Ultimate Collection. Schechter was among those responsible for the release of Garland’s complete Carnegie Hall concert for the first time, available as Judy at Carnegie Hall: Fortieth Anniversary Edition, and back in 1998 he created the concept of there being DVDs of her legendary long-lost CBS variety series.
Schechter was the author of the world’s first book to concentrate on Liza’s extensive body of work -- the critically acclaimed book on Minnelli's career, The Liza Minnelli Scrapbook.
For more information, visit ScottSchechter.com or by clicking on the “about” section of Liza’s official German site: LizaMinnelli.de

Below is the e-mail sent to friends from Gary Klein, brother of Schechter’s partner, Russell, announcing the producer’s death.
Also, the Kleins are seeking members of Schechter’s family, to inform them of his passing.

I am very sorry to have to inform you that there has been a terrible tragedy that has taken the life of Scott Schechter early Friday morning, May 15th, 2009. On his way home from NYC, after spending the day doing what he loved most (working on his writing), Scott collapsed on the train and died of what medical examiners say is an apparent heart attack.
He was 48 and is survived by his partner for 8 years, Russell.

You are receiving this email because you are included on a list of contacts that Scott gave to Russell in 2004.
I am Russell’s brother, Gary. Together with Scott’s and Russell’s friends, I am helping to contact all those who knew Scott at one time or another.

Unfortunately, though Scott had many friends, he has not been in contact with his family for several years.
All efforts to locate Scott’s immediate family thus far by NJ authorities and Scott’s close friends have failed. We believe that he has a brother and a sister in the Northeast section of Philadelphia.
If you have any information regarding how to contact any family members, please respond to this email address so we can inform Scott’s family as soon as possible. Arrangements for Scott final resting place must be put on hold until his family is contacted so please help if you can.

Again, I am very sorry to have to inform you of this news. We will all miss Scott.
Gary KleinRemember to GO SEE A LIVE SHOW THIS WEEK! 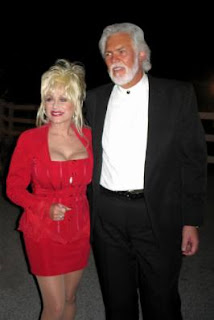 I'm going to start a new feature this week and showcase one of my performer friends.
I want to start with my friend Sandy Anderson's Tribute to Dolly Parton. Please visit BLUE MOON TALENT! http://www.bluemoontalent.com/sandy-anderson.html
Yes, That's Sandy singing! Book her for your next special event! You will not be disappointed! Tell them I sent you.

Remember my involvement with Weston High School's (Connecticut)production of HELLO, DOLLY! back in March? Well here is a clip of Samantha Rehr as Dolly Levi! See for yourself why this production excited me.
Please add your comments to the YOUTUBE site as well.

Don't forfet to contribute to the DR. CAROL CHANNING & HARRY KULLIJIAN FOUNDATION FOR THE ARTS: http://www.carolchanning.org/Foundation.htm

Follow me on Twitter @RichardSkipper
NO HUMP NIGHT OF THE IGUANA SHOW TONIGHT! WEDNESDAY, MAY 20TH. Joan Crowe, who hosts this Wednesday night party at IGUANA'S VIP LOUNGE (240 West 54th Street, NYC - 212-765-5454 - http://www.iguananyc.com/ ) will celebrating her birthday instead.
The party resumes on Wednesday, May 27th with ME!

IGUANA VIP LOUNGE, 240 West 54th St. & Broadway
WEDNESDAY NIGHT OF THE IGUANA
Show Description: Joan Crowe has asked me to take over WEDNESDAY NIGHT OF THE IGUANA! I will be hosting in this new comedy and musical variety show, along with special guest stars Ritt Henn, Bobbie Horowitz,Hector Coris, and Maureen Taylor...and a few other surprises as well!
Posted by RichardSkipper at 6:37 AM