IT'S A WONDERFUL WORLD! 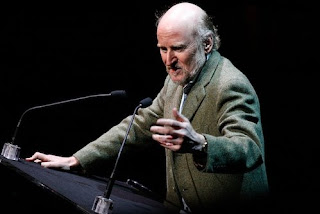 
Upon his nomination, Mr. Landesman said, "I am honored to receive the Senate's vote of confirmation.
I look forward to serving the nation as Chairman of the National Endowment for the Arts. I believe this is an auspicious time for the NEA and the country. Art is essential to the civic, economic, and cultural vitality of our nation. It reflects who we are and what we stand for -- freedom of expression, imagination, and vision.
I am eager to work with our many partners to bring quality arts programs to neighborhoods and communities across the country."

Congress is now on recess until early September. When they return after Labor Day, the House and Senate will resume work on finishing the appropriations process for FY 2010. Currently, the House has approved NEA funding at $170 million but must await the Senate's completion of their bill, which the Appropriations Committee set at only $161.3 million.
While both of these funding levels represent increases above its current budget, these bills will need to be reconciled and a final compromise bill signed into law by President Obama this fall.

Stay informed on this important matter and take action whenever possible by contacting local representatives.
Most of all, thank you for your continued support of the Arts!

Thank you, Kristopher McDowell, for allowing me to post the above here. Feel free to visit:
http://kmp.typepad.com/kristopher_mcdowell/

Kristopher McDowell has also posted photos and updates on his never ending tour of the country in search of intimate live music venues. Follow his adventures on the road this week as he heads to the suburbs of Illinois and Wisconsin!
Check-in when you think about it or subscribe to the blog's feed, here is the link:
http://kmp.typepad.com/imusi/

KMP, Inc.
www.KristopherMcDowell.com
"If you do a good job for others, you heal yourself at the same time, because a dose of joy is a spiritual cure. It transcends all barriers."
Ed Sullivan

As I said above, Rocco Landesman, the colorful head of Broadway's Jujamcyn Theaters, has been approved by the Senate to assume the top position at the National Endowment for the Arts.
The Senate also unanimously confirmed Jim Leach to head the National Endowment for the Humanities.
An imposing figure on the New York theater scene, Landesman was seen by many as an unusual but welcome choice by the Obama administration to head the troubled NEA, which has been reeling from years of budget cuts and accusations of irrelevancy.

On Broadway, Landesman, 62, has had a hand in producing such high-profile shows as Tony Kushner's "Angels in America" and Mel Brooks' "The Producers." His nomination 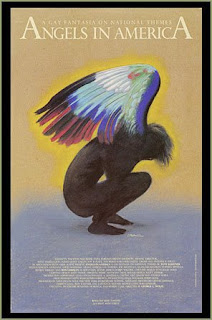 The NEA, which has an annual operating budget of about $155 million, is largely regarded as a passive institution that doles out grant money, rather than the aggressive cultural advocate that many wish it to be.

Landesman, who is expected to begin his new job shortly, will take over from Patrice Walker Powell, who has served as interim chairwoman since February. Dana Gioia, a poet, stepped down as NEA chief at the beginning of the year.

"I am honored to receive the Senate's vote of confirmation," Landesman said in a statement.
"I believe this is an auspicious time for the NEA and the country. Art is essential to the civic, economic and cultural vitality of our nation. It reflects who we are and what we stand for -- freedom of expression, imagination, and vision. I am eager to work with our many partners to bring quality arts programs to neighborhoods and communities across the country."
Leach, 66, is a former Republican congressman from Iowa and is expected to assume his new position at the NEH in a few days. He succeeds Bruce Cole, a former Indiana University art historian, who served seven years after his 2001 appointment.
In 2008, Leach crossed party lines and endorsed Obama for president over John McCain. He is currently a visiting professor at Princeton's Woodrow Wilson School of Public and International Affairs.

The NEH, which also has an annual operating budget estimated at $155 million, makes grants to a wide field of applicants, including researchers, authors, documentary filmmakers, exhibitions and education in history, literature and arts.

"At a time when deeper understanding of other cultures and greater perspective on American values have never been more relevant, financial support throughout higher education has been gravitating toward job oriented disciplines," Leach wrote in an e-mail to Culture Monster. "In this setting my goal is to emphasize support for programs that help bridge cultural divides at home as well as abroad. Culture and its diversity should ennoble rather than serve as a threat to the human experience."
-- David Ng


GO SEE A LIVE SHOW THIS WEEK! Don't forget to contribute to the DR. CAROL CHANNING & HARRY KULLIJIAN FOUNDATION FOR THE ARTS: http://www.carolchanning.org/Foundation.htm

WEDNESDAY NIGHT: Aug 12th
8pm
IGUANA VIP LOUNGE, 240 West 54th Street, NYC
WEDNESDAY NIGHT AT THE IGUANA
Last week, we celebrated my thirtieth Year in New York. I arrived in NYC on Aug 5th, 1979. I, along with Dana Lorge host. What we are doing is NOT being done anywhere else! Each week will showcase 5 entertainers. This week,we are joined by Barry Levitt on keyboard and Morrie Louden on bass. Each week will be different. The price is ONLY $10.00 with NO food or drink minimum (although the food at The Iguana is top notch). This is a nice night out with the family!
The show will also be done with class and elegance. A "throw back" to the variety shows we grew up with.


THE FOLLOWING IS TAKEN FROM MY GUESTBOOK AT WWW.RICHARDSKIPPER.COM

Richard ...you are a terrific entertainer and host and I had a ball the other night at your 30th anniversary extravaganza. I can't remember a more entertaining night of music and fun in a cabaret.
I will definitely be back for some more in the months ahead and will bring some more people.
I am Glad we finally met and thanks again.
Love you lots!

Posted by RichardSkipper at 8:10 AM