SPEND TONIGHT WITH US AT THE IGUANA! 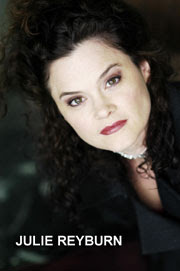 Obviously, we have a lot to be Thankful for as we go into this holiday season.

TONIGHT'S SHOW IS AT 7pm

THANKSGIVING EVE AT THE IGUANA

When we were first approached by Joan Crowe, our goal was to raise the bar. I didn't want to do another "open mic".

I wanted a real opportunity for entertainers to showcase themselves and build their fan base! 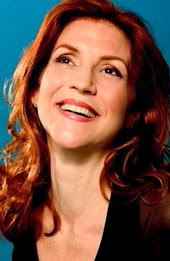 After Ray Jessell appeared in our show last week, 12 people from that night's audience came to his show Monday Night at Don't Tell Mama.

Meet some of the entertainers we have tonight:


David Vernon is a self-trained song stylist with a seemingly endless repertoire of music.

His vocal range is as broad as his song-list. Developing an early appreciation and study of performance art he strives to challenge material and weave it into an experience to be heard.

Testing and developing his gift by performing in dozens of nightclubs he has established a loyal following and continues to recruit new listeners.
By the age of 19 he had already produced and directed himself in a three-act nightclub engagement.
He then went on doing engagements featuring standards and theatre compositions.

David first entered the recording studio in 1986 to record his first demo and has since continued to record 5 more albums all showcased on this website.
Shortly after relocating to New York he has been commissioned to do demo work for several different composers.
David Vernon has done television appearances with both his performance and design showcases.

David the designer specializes in Haute Couture. David builds his own designs from paper to finished product with a close eye on detail and expert tailoring.

In 2000 he unveiled his first full collection. His agency has pushed him forward and will be the foundation for future collections.

His current project stems from a nightclub act done in New York City.

The Album of that show entitled “By Myself” is a compilation of songs that conjures up the emotions and questions derived through solitude.

The album is currently available at this website. When David is not performing or designing he spends his time working for not-for profit arts organizations raising funds and recruiting patronage.

When the petite, elegant, bird-like lady walks out on stage and stands in the spotlight, chances are she\'ll have you expecting some delicate crooning.

Not on your life. Rita Ellis Hammer could fill a room the size of Radio City Music Hall with her voice alone--no microphone necessary. 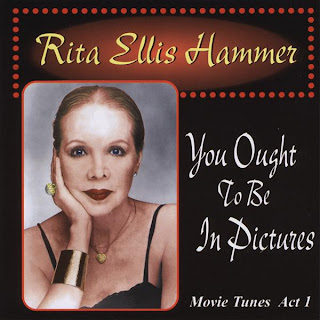 This is one of those prodigious, force-of-nature sounds, a Broadway belt, a Mermanesque vibrato and High Brooklynese enunciation that are not for the faint of heart.
Prepare to be walloped.


Diana Templeton is making a rare NYC appearance this eve! Diana Templeton is a singing actress - or an acting singer, I can't decide which. Having both a lovely sweet voice that can sail over a wide ocean of notes as well as the talent to convey emotions and tell good stories, Templeton seems virtually unlimited in her repertoire of song.

Jim Speake with Steven Ray Watkins on piano. Jim Speake is an actor/ singer living in New York City. Jim is originally from Alabama. His early years were spent on a cotton farm. As an adult he lived and worked in Atlanta, Georgia where he built his own company, Speake Garden Furnishings.
This company sold quality garden furniture and accessories to the design trade from a showroom in The Atlanta Decorative Arts Center. While in Atlanta, Jim worked with several local theater companies including The Savoyards Musical Theater Company. In 1996, Jim was one of four "Catfish" in the Opening Ceremonies of The US Olympic Games. 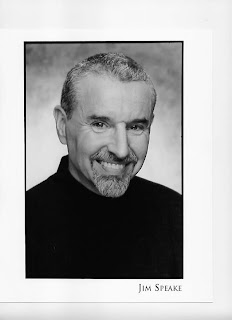 Erin Cronican Proud Member of AEA, SAG and AFTRA. Currently residing in New York City, Erin was raised in San Diego, California and has been acting/singing/dancing since the age of 9. Erin's first role was as the gander in "Charlotte's Web" and this was only the first of many gender-bending and species bending roles! In fact, it wasn't until college that she started to play roles in her own age range, ethnicity and gender 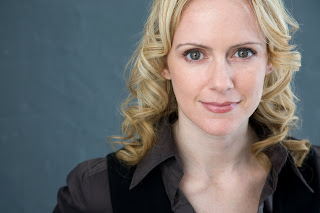 Maria Ottavia! Her connection with both audience and her material - serving as a conduit for the
feelings and thoughts expressed in the show- was amazing.
Quite honestly, I have
never heard the very familiar "If I Loved You" done quite as well! Several song
pairings were surprising - and perfectly performed.
And when it comes to a ballad,
no one does it better than Maria on songs like "A Quiet Thing." Truly someone
ready to make her mark on the cabaret scene, Ms. Ottavia is a performer to watch -
and catch when she makes her next appearance.


AND POSSIBLY YOU! All other singers present will be chosen by lottery! Check out the fun we have at The Iguana!


Support THE ARTS! LIVE THEATRE! Go see a show this week! Send me your reviews and suggestions and I will put them in my next blog coming out next Tuesday! Here's to an ARTS-filled week! Don't forget to contribute to the DR. CAROL CHANNING & HARRY KULLIJIAN FOUNDATION FOR THE ARTS: http://www.carolchanning.org/Foundation.htm

HERE IS WHAT AUDIENCES ARE SAYING ABOUT MY WORK:
You were fabulous! You made me cry when you recited the soliloquy from "Dolly". You look wonderful and are such a precious person all around. Keep on going ...pleease.... with your talent extraordinaire!!!! Sondra was a delight. I wish her the best of good fortune. Loved chatting with Donna Hanover. Our sons attended the same high school (not at the same time). She is so sweet and I am so glad she found happiness!
Thanks for letting me come.
Love,
Lozita, New Jersey

I had the honor of participating in a very special memorial concert for musician/composer Jim Fradrich who passed away in August. This wonderful evening was produced by Jim's partner Kevin McMullan and took place at the Actors Chapel on 47th St in Manhattan. Kicking off the concert was Richard Skipper who's amazing voice vibrated through the entire church..it was like a choir of angels. Jim was smiling down upon us I'm sure. Julie Reyburn, http://www.juliereyburn.com


Hi Richard,
I am away at a Music Therapy Conference in San Diego but I wanted to thank you for last Wednesday night (11/11/09).
I think the show seems to be unique in that it offers singers the oppurtunity to perform Jazz, Broadway, comedy and even opera. Within that the diversity every performers uniqueness made it truly interesting and exciting. The talent seems to get better and better. More importantly the audience seems to feel comfortable and enjoying themselves which in turn makes the performers feel connected and good about what they are doing. Barry is also a joy to work with and you and Dana just know how to make everybody laugh and smile. As a singer, counselor and Music Therapist I feel you have created a show of diversity, comfort, talent and joy and that is what connects to people. I have no doubt you and Dana will continue to be a huge success.
And I a very grateful to be a part of your organization. Please tell me what I can do to be of further assistance.
Allegra Pigott, Stamford, CT

Now a night out in NY to see a show at a VERY AFFORDABLE price!
Dana Lorge and I have put our OWN spin on the variety show format and are now hosting every Wednesday night in NYC at The Iguana VIP Lounge (http://www.iguananyc.com) in the heart of
NYC (240 West 54th Street 8-11PM/with an intermission).
WEDNESDAY NIGHT AT THE IGUANA!


February 17th: James Alexander!
Posted by RichardSkipper at 9:27 AM