If you will it, it is not a dream!
-Theodore Herzl

Nick heard the above quote in an interview with Henry Winkler. When Nick was younger, his dad had a favorite quote that he imparted to Nick, “At 211 degrees, water is very hot. At 212 degrees, it boils. Boiling water can create steam. Steam has enough power to power a locomotive. “That is the extra degree of effort that you can put into anything. Nick puts that extra degree of effort and passion into everything he does.
If Nick had any sway into the future of the entertainment industry, he would like to see new music written that captures the feel of the Great American Songbook that was written forty, fifty, sixty years ago.  Music back then, he feels, had incredible artistry to it. Lyrics would inter mingle with the music beautifully. Nick thinks that if that artistry could come back and find its way into new music for generations to come, we will be quite alright.
Originality is what draws Nick to a particular artist’s work. He loves seeing something in someone that is larger than they are as a person. He is turned off by copy cats or when someone takes something that has already been done by someone and tries to be someone else.
An artist is true to who they are. That is what makes them an artist and that is what makes them great. Originality is also the key to longevity in this business. Find something special that is uniquely YOU and share that with other people.
That is what makes people love you and that is how you build a career that can last.
As you read this blog, please take into consideration that Nick is sixteen (16)! In five years, he will be 21! He hopes to be a working actor at that time. He desires to keep singing.
He wants to do it all. That includes Broadway, cabaret, film, and television.
Nick has been acting, dancing, and singing since he was very young. He has always known that is what he desires to do with his life, so he has made a career out of it.
Michael Feinstein is definitely one of Nick’s heroes. Not only has Nick been lucky enough to meet Michael and work with him, he has also been quite an incredible mentor to Nick. The two of them have worked closely together over the past year. Nick is really grateful getting to know him. Their collaboration/friendship began because of Feinstein’s Great American Songbook Initiative.

The Great American Songbook Initiative is limited to high school youth. There are a great many singers who started out early in life. Yet, opportunities for older singers are getting harder and harder to find. Nick is not sure if this Initiative should be expanded to include that larger demographic. The Initiative is actually two fold. One aspect is the archives in which Michael is working to preserve our rich musical heritage. They have an active board that helps to organize events. They take in a lot of artifacts and store them at The Palladium in Carmel, Indiana. Part of what they do is hold a high school vocal competition to make sure the music stays alive. They educate these kids with master classes. People of Nick’s age group are falling in love with Michael Buble, for instance, and those songs are becoming popular again.
Some of the kids aren’t even aware that some of these songs were written seventy and eighty years ago. That’s what the Initiative is really doing ; making sure that this next generation is really educated on this music. It is important for it to stay alive. Nick thinks that older generations know this music already. A lot of them love it. There are other programs. In November of 2012, the Initiative did a movie music appreciation month. Showing these movies, the theater is packed and spans several generations. Grandparents are bringing their grandchildren to share in this experience. Nick doesn’t know if they will expand to include an older competition as well.
The day that I auditioned Nick, it was around 12:30 in the afternoon. I asked him what he had done THAT DAY to be a better artist.
He had auditioned for the school musical. He gave it his best. He learned from watching the other kids. He observed what they did and what was working and what was not. He uses that to his advantage to make him a better entertainer.
Beyond Michael Feinstein, Nick had a piano teacher, Tom Reitano. He started teaching Nick when he was in the sixth grade. It was at that time that Nick’s family moved to Syracuse. Nick had been studying classically prior to that.
Tom continues with that but he was mostly a jazz pianist. He knew that Nick wasn’t really that into the classic repertoire. He started introducing Nick to the standards and he actually brought a huge selection of songs into Nick’s repertoire.
Tom would accompany Nick and Nick would sing. Nick doesn’t feel that he would be where he is today without Tom.
Nick attributes most of who he is to Tom.
This is only the beginning! I’m convinced things are going to pick up from here.
His schedule is fast filling up for the year. Let’s watch what happens!
I asked Nick how he defined bravery. Bravery is not running head first into the fray. He believes that everyone has bravery within them. He thinks that the way to connect with that bravery is to find out who you are as a person. Find out what you are most afraid of. Then you can begin to look at what you are most afraid of in the face. Once you surpass that, you conquer your fear. Once you do that, you can do just about anything. Nick is pretty much not afraid of anything anymore.
Nick is too young to have created any vices in his life! He hates over thinking or analyzing too much. Sometimes he just does what he does. Sometimes, that can work against him and that can be a vice and a virtue!
Nick’s favorite TV show is The Office.
I asked Nick what he needs around him when he is working. When he is rehearsing, he prefers to be alone.
When others are around that are not directly involved, he easily gets distracted. He is a very social person. He likes to talk to people. When he is performing, he needs good energy from the audience who has decided to be there. If he is not getting that, he works harder to create that energy from them.
We even touched upon the AIDS crisis and awareness which is very much on the rise in Nick’s age group.

There are more health programs in schools to discuss these issues than there was twenty five years ago. Nick feels that once our economy starts to get a better footing, funding NEEDS to go towards more research, not only for HIV/AIDS, but also towards mental health, especially in light of all of these mass shootings that have been occurring. Legislatures need to address that more. Both of these areas should not be touchy subjects. It is a fact that they exist and it is a horrible thing. It needs to get better. 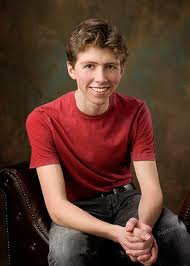 Last year, an uncle of Nick’s passed away at the age of 49 unexpectedly. It was very hard on Nick’s family. His uncle had had some heart issues. No one really expected this. Because he died unexpectedly, Nick’s dad went and got checked by a doctor. They found that his aorta was twice the size of what it should be. He had to have open heart surgery this past January.
It was really hard to get through this for the family because he is such a strong guy. Seeing him go through all that pain was really tough. If Nick’s uncle had not passed away, his father could have easily had a heart attack and died and the family would have had no idea.
They got through it. They can hear his father’s heart ticking because of the metal valve they put in. It was a really hard time for the family but they came together and stepped up. My hope is that this is the biggest challenge Nick ever has to face.
Nick is very connected with his family. They are very supportive of all he does.
Nick believes that there is a life after death. He is not sure if we come back to “this” life as a different person. He believes in Heaven and Hell. He definitely does not feel that we die and that’s that. He believes there is more. No one knows what that more is. Nick certainly does not know what that is but he believes something happens.
Nick is pretty humble and considers himself a paradox. He is proudest of his humility!
The biggest surprise for me about Nick Ziobro is his age. I cannot believe that this astounding guy is only 16! He not only wants to make sure that the music of the great American Songbook stays alive, he desires to have a career as an entertainer to last the rest of his life. I’m betting he’s a winner! He already is in my book!


Thank you Nick Ziobro for the gifts you have given to the world and will continue to give!

My next blog will be... My Exclusive interview with Mimi Hines on her experiences as Dolly Levi!


Would you like to Be part of our table for Lee Roy Reams’ star studded audience!
Lee Roy Reams is doing a rare evening at 54 Below on April 3rd! 7PM.This show WILL sell out so RESERVE TODAY! Maitre D' & Reservations: (646) 476-3551. To purchase tickets visit TicketWeb.com or call (866) 468-7619 54 Below - 254 W 54th St, Cellar - New York, NY
Carol Channing. Juliet Prowse. Gwen Verdon. Bob Fosse. Richard Rodgers. Lauren Bacall. Gower Champion. Those are just a few of the legendary performers about whom you'll hear loving tales when Broadway royalty Lee Roy Reams steps onto our stage for one special performance only. His ten Broadway credits run the gamut from Sweet Charity, Applause, Lorelei, Hello, Dolly and 42nd Street to La Cage aux Folles, Beauty and the Beast and The Producers. In Song and Dance Man, expect tunes from those hits (including Lullaby of Broadway, Put on Your Sunday Clothes and 42nd Street), to gems such as Pretty Women and Real Live Girl. Come get the theatrical tales from a fellow who was there to see it all, from Dolly's lashes to Billy Lawlor's well worn tap shoes.

Please call me if any questions! I hope to see you on April 3rd! 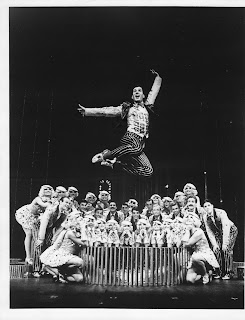 
Posted by RichardSkipper at 5:53 PM