What a Character! (Part One)

"Nothing great in the world has ever been accomplished without passion."
~Georg Wilhelm Friedrich Hegel

Happy Saturday :-)
Last night, channel surfing, I caught one of my favorite episodes of the Andy Griffith Show.  It was one of the episodes in which the Goodtime Girls careen through town from Mt. Pilot. Skippy had  her infamous high-pitched laugh and persistently called Barney, “Bernie”.  Daphne coquettishly warmed up to Andy with a shoulder shrug and a “Hello, Doll!”. They were quite a pair.There were frequent visits from many different "characters". I even happen to know two
of them, Jackie Joseph and Ruta Lee!
Jackie told me that she only appeared in one episode and yet so many people know her from that ONE episode. Most people, myself included, are surprised to see that she only did the one episode. She played the love interest of Ernest T. Bass.
Ruta appeared in two guest spots of The Andy Griffith Show in 1962 and 1965. She had the luxury of playing TWO different characters, which often happened with character actors on episodic television. The first time was in 1962. She played Jean Boswell, a reporter and employee of Mr. Jackson's, hired to get dirty scoop on Andy. She posed as a college student. Barney, trying to look good, said a few things about Andy that backfired against him during trial.
The next time she appeared truly gave her a chance to play a more glamorous role.
Darlene Mason is a Hollywood actress played by Ruta. She is one of the stars of the film "Sheriff without a Gun", based on the life of Andy Taylor. When Helen Crump reacts with jealousy to a publicity photo of Andy and Darlene, Andy reacts by asking Darlene out.
She would also appear on the two spinoffs of The Andy Griffith Show, Gomer Pyle U.S.M.C. and  Mayberry R.F.D.
When she visited Gomer, she once again played a movie star. This time her character name was Gloria Morgan, the actual name of the series' continuity supervisor.
She would return to Mayberry one last time in Mayberry RFD. The episode was called The City Planner and aired in 1971.
Today, I celebrate those great character actors that we have come to love and know over the years. This is based on the responses I receive on Facebook and Twitter today. If there are omissions, perhaps there will be a follow up blog.

The first choices come in from entertainer Vincent Wolfe.
Helen Broderick: Educated by the Philadelphia and Boston school systems, Helen Broderick became a chorus dancer at age 14, despite protests from her parents. After service as a Ziegfeld beauty, Helen toured in vaudeville with her husband, comedian Lester Crawford.
Developing a wry, withering comic style, she became a major Broadway performer in such musicals as The Band Wagon and As Thousands Cheer.
Her movie career, which began in 1931 and ended in 1946, included memorable supporting stints in two Astaire-Rogers musicals (Top Hat and Swing Time) and the starring role of spinterish sleuth Hildegarde
Withers in Murder on the Bridal Path (1936). Helen Broderick was the mother of Oscar-winning actor Broderick Crawford. ~ Hal Erickson, Rovi (Source: Rotton Tomatoes)

Bruce Bider wrote: "W.C. Fields -- "funny" doesn't even begin to describe him!!"
Today also marks the birthday of Vera Miles, another great character actress. She worked closely with Alfred Hitchcock, most notably as Lila Crane in the classic masterpiece Psycho, reprising the role in the 1983 sequel, Psycho II. Her other popular films include The Wrong Man, The Searchers, Follow Me Boys! and The Man Who Shot Liberty Valance.
Miles was born Vera June Ralston in 1929 in Boise City, Oklahoma to Thomas and Burnice (née Wyrick) Ralston. She had three elder siblings.She grew up first in Pratt, Kansas, and later lived in Wichita, Kansas, where she worked nights as a Western Union operator-typist and graduated from Wichita North High School in 1947. She was crowned Miss Kansas in 1948 and was the third runner-up in the Miss America contest.When she appeared as a contestant on the April 4, 1951, edition of the Groucho Marx quiz show You Bet Your Life described as "a beauty contest winner", Marx asked her about some of the titles she held. She replied, "I was first Miss Chamber of Commerce and then Miss Wichita and then Miss Kansas and Miss Texas Grapefruit and recently I've been chosen Miss New Maid Margarine and I had the honor to represent Kansas in the Miss America pageant.
Miles moved to Los Angeles in 1950, and landed small roles in films and television, including a minor role as a chorus girl in Two Tickets to Broadway (1951), a musical starring Janet Leigh, with whom Miles co-starred nine years later in the classic Alfred Hitchcock film Psycho. Miles eventually was put under contract at various studios. She once recalled, "I was dropped by the best studios in town."
While under contract to Warner Brothers, Miles was cast in Tarzan's Hidden Jungle (released in 1955) as Tarzan's Love Interest. 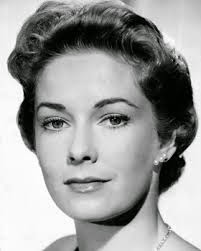 During filming she married her Tarzan co-star, Gordon Scott; they divorced in 1959. Director John Ford chose Miles to star as Jeffrey Hunter's love interest in The Searchers (1956), starring John Wayne. In the same year Miles also co-starred in 23 Paces to Baker Street with Van Johnson. A year later Miles began a five-year personal contract with Alfred Hitchcock, and was widely publicized as the director's potential successor to Grace Kelly.

Publicist Harlan Boll suggested Thelma Ritter for this blog.
Even writing her name evokes a flood of movie images running through my head from All About Eve to Pillow Talk to The Misfits and all points in between.
Just a few days ago, Turner Classic Movies devoted 24 hours to Ritter as part of their Summer Under the Stars series. She is best known for her comedic roles as working class characters and strong New York accent. She received six Academy
Award nominations for Best Supporting Actress, and won one Tony Award for Best Leading Actress in a Musical.
Ritter was born in Brooklyn, New York,in 1902.After appearing in high school plays and stock companies, she trained as an actress at the American Academy of Dramatic Arts. She established a stage career but took a hiatus to raise her two children by her husband, Joseph Moran, an actor turned advertising executive.
Ritter did stock theater and radio shows early in her career, without much impact. Ritter's first movie role was in Miracle on 34th Street (1947). She made a memorable impression in a brief uncredited part, as a frustrated mother unable to find the toy that Kris Kringle has promised her son. Her second role, in writer-director Joseph L. Mankiewicz's A Letter to Three Wives (1949), left a mark, although Ritter was again uncredited. Mankiewicz kept Ritter in mind, and cast her as "Birdie" in All About Eve (1950), which earned her an Oscar nomination. A second nomination followed for her work in Mitchell Leisen's' classic ensemble screwball comedy The Mating Season (1951) starring Gene Tierney and John Lund. She enjoyed steady film work for the next dozen years."

I'm going to throw in a name that although he was a leading man, I also consider him a great character actor because he was so great at playing "everyman". That actor is Jimmy Stewart, one of my favorites.There is even an award named after one of his most iconic films, The Harvey Awards. This year's recipients is one of the greatest character actresses that ever lived, Carol Burnett!

Rob Ramos wrote: Jane Darwell. A marvelous, versatile woman equally convincing as a society matron in GONE WITH THE WIND (full of great character actors!), the Bird Woman in MARY POPPINS, and her extraordinary Oscar winning role as Ma Joad in THE GRAPES OF WRATH.

There is another birthday today of an actress today who has given us one of the most iconic characters in the history of television, Barbara Eden! God, I would LOVE to interview her! 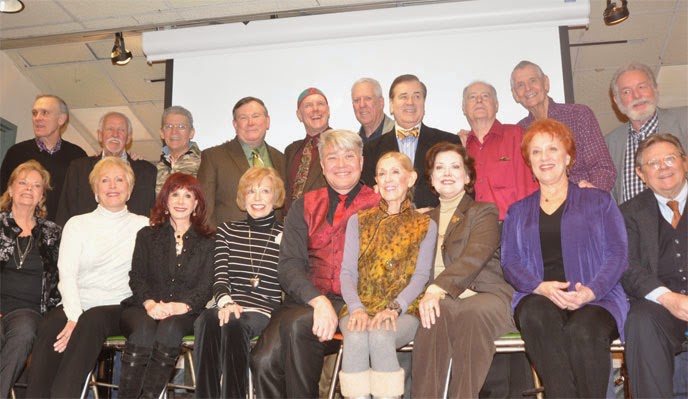 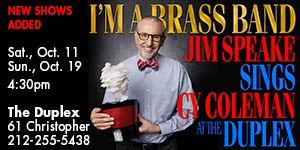 Talk to me about sponsorship opportunities!