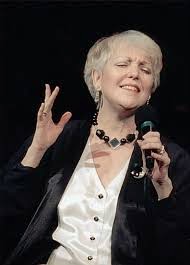 The only thing better than singing is more singing.
Ella Fitzgerald

Wesla is thrilled to announce a wonderful project she's just launched through "Kickstarter", a book about girl singers of San Francisco.

I am a huge fan of Wesla's and I really desire this project to succeed. She is writing a book about San Francisco female vocalists titled 'Girl Singers of San Francisco' and so far she has interviewed about 40 singers regarding their careers: when and why they began singing and what possessed them to do it professionally. She is also including stories of their adventures along the way, venues and other musicians they worked/work with and anything else of interest that comes up.
She has interviewed the "old timers", Pat Yankee, Margie Baker, Toni Lee Scott and Faith Winthrop who can describe the scen in the 40s/50s and 60s combined with singers of Wesla's era who can speak on the 70s/80s/90s. 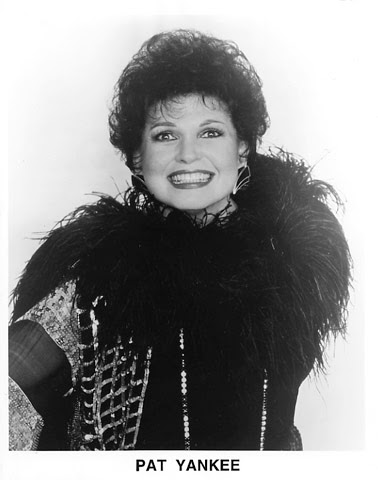 She is also interviewing people who aren't singers but are part of that strong support group known as 'hardcore cabaret fans' - such as Randy Wallace and others.  And she is including lots and lots of photos.
Those of you who follow my blog know that THIS is also a passion of mine, to preserve these incredible legacies. I have often written of Miss Epps, who was my mentor when I first started out. Miss Epps instilled in me a sense that EVERYTIME I walk out on stage that I am carrying the mantle of every great entertainer that has gone before me on my shoulders. I have never forgotten that. I feel that to this day and feel an obligation and a duty to celebrate our past, a very rich history.
Time is running out on the goal for Wesla's kickstarter campaign. I am asking EVERY singer I know and every fan of great music to contribute AT LEAST $25.00 to this project. It HAS to happen!
The stories of the girl singers in the SF Bay Area from 1946 to 2000. Wesla and I sat down this AM to discuss her and her campaign. Today, I celebrate Wesla Whitfield and the Girl Singers of San Francisco and their bodies of "Worth"!
I'll never forget the first time I heard/saw Wesla Whitfield. It was at Carnegie Hall in 1998 in a tribute to Judy Garland. 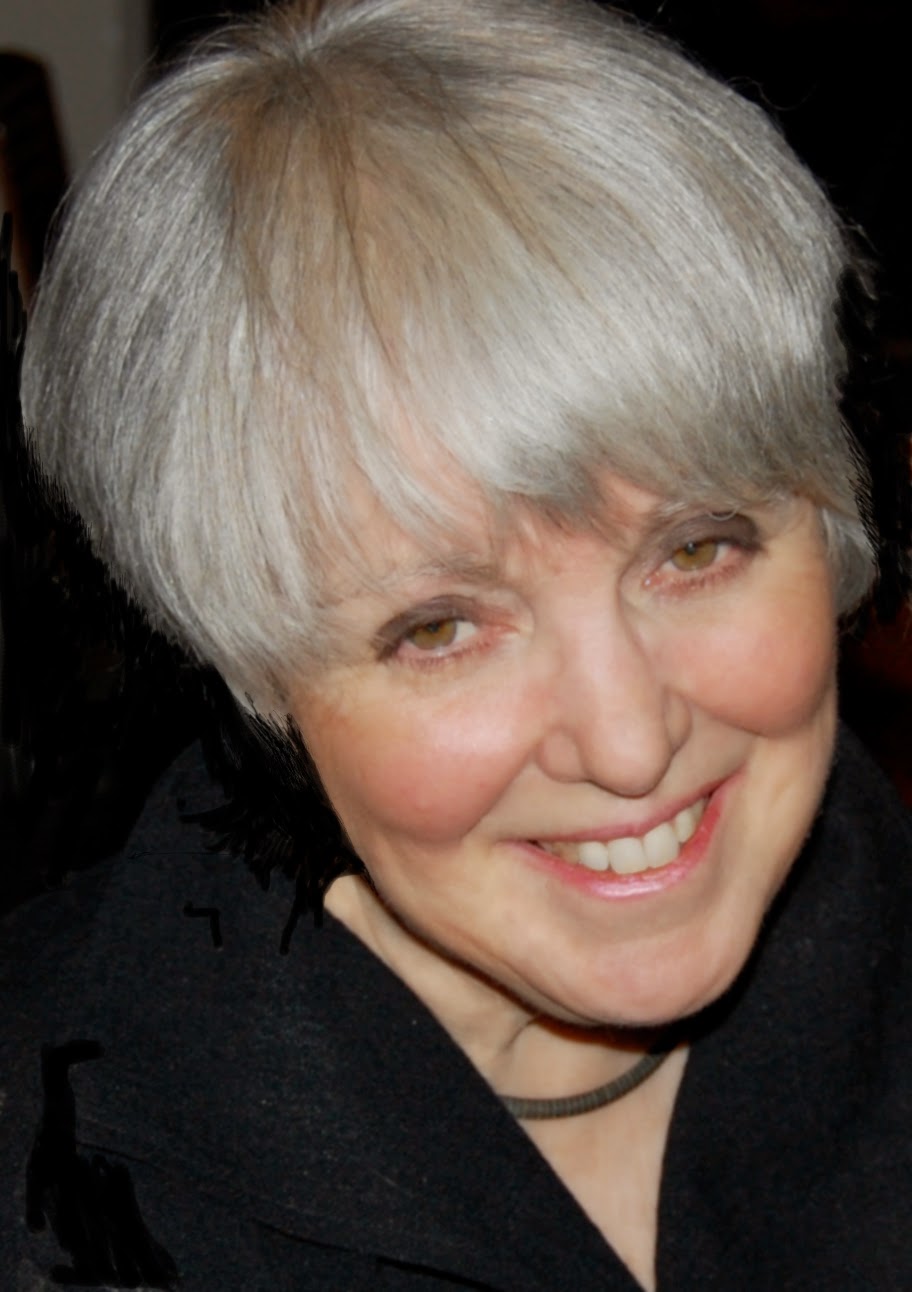 I became an instant fan!
Wesla always knew that she was going to be a singer, from the time that she was about two years old. Once she saw someone doing it, she thought, "Oh, that's what I'm supposed to do." From that point on, she couldn't even stop doing it, even if she tried!
It is still fun for her to get to make music.
It gives her so much joy.
What does Wesla do when she needs a little "nonsense" in her life?
Wesla says her life is filled with nonsense. It is not something that she does not have. "The whole day is nonsense." She can't imagine anything less serious than life.
She desires more than anything to keep singing way after she passes on.
The seed of Girl Singers of San Francisco was born in her living room in San Francisco with her husband/pianist/arranger, Mike Greensill.
Their house is filled with books. Most of those books are about music and/or jazz instrumentalists. 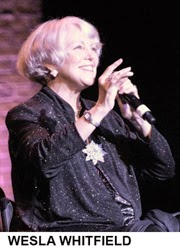 Wesla was sitting in the midst of that one morning and she got to thinking that there aren't that many books about singers. There are NO books about the singers that she has known all her professional life and why not do her own about these singers? All of a sudden, it dawned on her. She gets to be interviewed a lot, but there are many that do not, and they have stories to tell. She is compelled to do this because of the very questions that I am asking her. She finds it absolutely fascinating as to how they became singers and what on earth possesses them to do it professionally. Wesla desires to know the answers to these questions for all these people she has known for so many years.
If Wesla could change one thing about herself, it would be to make her younger. The one thing she would like to change about this business, it would be to create more opportunities for everyone to entertain.
The book project started about six months ago. 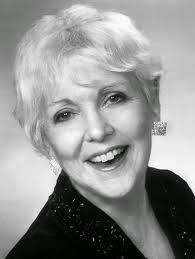 Wesla sees the book being completely finished, in terms of writing and rewriting and the important details by the first of September of next year. She would like to see it go into print almost immediately after that.
Wesla has been mostly interviewing, because it is important to her to speak to these singers while that can still be done. She will follow all this up with more extensive research. There is a wonderful performing arts library  at her disposal in San Francisco.
She needs to get those names and places in place to start that process first.
The one thing that stands out among all others is the adventures that people have along the way building a career in show business among those that she has spoken to. There are so many fascinating things that have happened to all of them. There is a life force that keeps them going. It shines through.
The first time that Wesla appeared professionally, it was for her grandmother's lodge. She appeared with the Rebecca Sisters at Christmas time. Those who sang would get a chocolate present. Wesla sang Rudolph, the Red-Nosed Reindeer. She sang that for years until she got disqualified for being too old.
Wesla admits that she cannot relate to today's music very much.She finds that the emphasis has gone away from the lyrics.
That being said, someone like Annie Lennox will come along and do an album of standards!
On one hand, Wesla feels that there is not a huge market for the music she loves, then people keep turning to it. Wesla feels an obligation to hang on. At present, there are very few places to perform. In the early seventies, there were hundreds of clubs in the Bay area. Now, there are four. She hopes that is cyclical and that it will eventually come back fairly soon.

Wesla's husband, Mike Greensill, as mentioned is also in the business.I asked Wesla how they balance a two person showbiz household.
"We don't. We're not good at a balancing act." 24/7, they are doing this. They also try to remain calm and "normal".
The advice that Wesla offers to my my younger readers desiring a career in this business is to work very hard. Be a skilled musician. By that, she means practice. Spend a lot of time practicing. There will be plenty of time to get your mailing lists together and plenty of time to contact wherever you can find to perform. The time that you spend on your profession is going to help you succeed.
Wesla had heard about Kickstarter from so many people. It has been used mainly for the purpose of creating CDs. It occurred to Wesla that if she could do this without expending as much of her own money as possible, that would be the route to go. 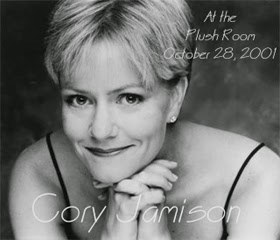 There has already been a lot of gas money spent! Once she has the manuscript done, the road to getting it published will also be clearer without having to bang on every door. The only business worse than the music industry right now is the publishing business.
If this Kickstarter campaign succeeds, Wesla will be able to launch this book next autumn.
If you love singers, as I do, you will love being part of this book.

The list of singers included is growing daily.
Wesla is alive and well and kicking.Let's make this dream a reality!
This is an exciting project. Please be a part of it! Click HERE for more info. 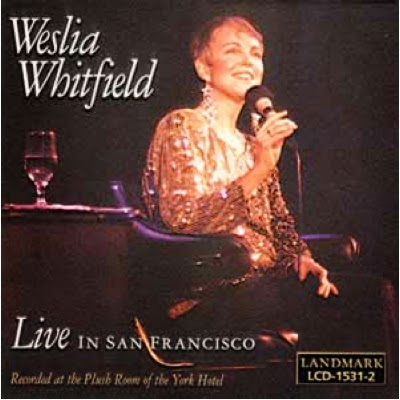 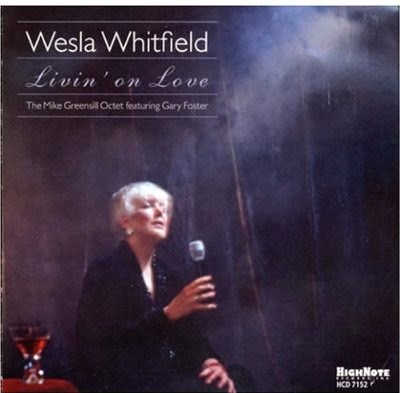 Richard Skipper, Richard@RichardSkipper.com
Dancing Though Life...is not just a show, it is an attitude! 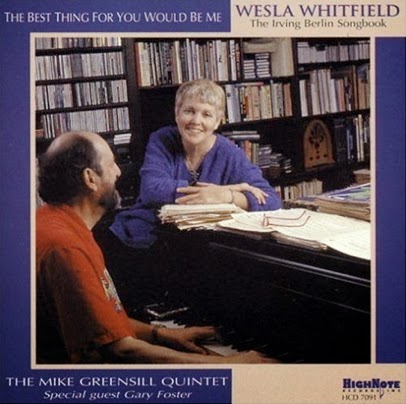