Suicide is man's way of telling God, "You can't fire me - I quit. 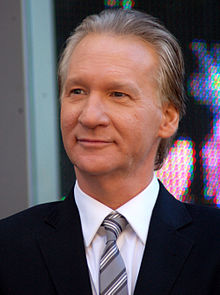 I am living in a nightmare come true. Donald Trump is running for president and he has the endorsement of Sarah Palin! God help us all!

Good Wednesday. Bundle up. It's cold out there here in the NE! Have a great week."You've been patient long enough; you're pacing the floors, anxious to make your move." That is how my horoscope began today and boy has it got me pegged.
I'm waiting for Mercury Retrograde to end on Monday, and, baby, watch out! There is a lot to celebrate today, beginning with one of my favorite comedian and commentator's birthday, Bill Maher! President Barack Obama might want to visit Real Time With Bill Maher sooner rather than later. On Real Time with Bill Maher this past week, in his closing monologue, Maher put out a request for his fans to sign a petition urging Obama to guest on the show. He was looking for 100,000 signatures. The White House HAS to pay attention to a petition with that many signatures. I signed that petition. By today's count, they have already far exceeded that!
This is Bill Maher's 60th birthday request. Let's give him a present! 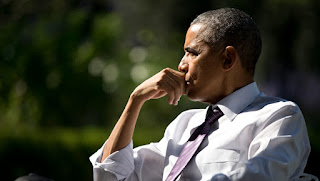 I am a huge fan of Bill Mahar's. I have been going as far back as when he had a mullet.
When he was fired after 9/11 for a comment about the terrorists, it was a huge blow to fans everywhere. Less than a week after the terrorist attacks of September 11th, 2001, Bill Maher made controversial comments on his ABC late-night talk show that undoubtedly led to the cancellation of the program and his eventually moving to HBO.
I watch Real Time With Bill Maher "religiously" every Friday night. When something major happens in the world, I cannot wait to hear Maher's take on these events.
When he is on vacation, I go into withdrawal. Thank you for speaking YOUR mind! You have a lot to say and I'm listening!
If YOU, Bill, happen to see this, I want to interview as much as you'd like to have President Obama on YOUR show! I have a suggestion. Bring "regular citizens" on your show to share your panel discussions!
Start with me! I have a few things to say to the NRA!
Divine news!
The world of social media has exploded with the news that Miss Midler is returning to Broadway...and as Dolly Levi, no less! Read below some of the articles I have compiled for today's blog.

Joe Dziemianowicz of the Daily News weighs in on Bette Midler as Dolly! He goes on to write, "The show’s a great family musical filled with wit, romance, optimism, plus terrific Jerry Herman songs. The title earworm has been in my head all day." READ HERE.

Carol Channing gives her blessing to Bette Midler who will revive Channing’s signature role of Dolly Levi in a new production of Hello, Dolly! next year on Broadway.It's a match! That must have been what popped up on Bette Midler's screen when she was trolling late-night Tinder looking for a classic Broadway play to revive.
This production will be directed by Tony-heavy Jerry Zaks and choreography by Warren Carlyle.
Movie and theatrical producer Scott Rudin will be lead producer.

June Thomas of Slate.com wrote, "I spent Tuesday morning in a soundproof recording studio, but I swear I heard a big gay gasp when news broke that Bette Midler would be starring in a Broadway revival of Hello, Dolly in spring 2017. As the New York Times noted, Midler will be playing Dolly Gallagher Levi, the role that won Carol Channing a best actress Tony back in 1964. The production, which will be directed by Jerry Zaks and choreographed by Warren Carlyle, will begin previews on March 13, 2017, with opening night slated for April 20, though the theater has not yet been announced." Read more of June's article HERE.
Carol Channing was the first to take on the role of the Dolly Gallagher Levi in a Broadway musical, in 1964.
The shoes of the eponymous lead in Hello, Dolly! have also been filled onstage by the likes of Pearl Bailey, Phyllis Diller, Betty Grable, Ethel Merman and Ginger Rogers, as well as by Barbra Streisand in the 1969 film adaptation directed by Gene Kelly and again by Channing in a 1995 Broadway revival. But when the musical returns to Broadway for another revival next year, it will be Bette Midler who takes on the title role.
Click on link for a Newsweek article: Lucas Jackson/Reuters

The Divine Miss M is back where she belongs: on Broadway. Bette Midler will return to the Great White Way next year in a new production of Hello, Dolly! directed by four-time Tony Award winner Jerry Zaks with choreography by Tony Award winner Warren Carlyle. The production marks the first time a new staging of the musical has appeared on Broadway in more than 50 years. Read MORE Here. The legendary singer and performer made her many fans happy on Thursday by announcing on Twitter that a long-rumored project is finally coming to fruition: She will play the titular role of Dolly Levi, a turn-of-the (19th) century matchmaker who finds herself chasing the "half-a-millionaire" Horace Vandergelder.  (Source: Randee Dawn, TODAY) 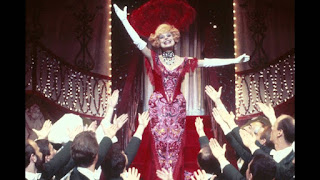 Jerry Herman’s “Hello, Dolly!”, the 1964 musical blockbuster, has not had an original production in more than fifty years. While there have beenBroadway revivals in 1978 and 1995 that starred Carol Channing, who created the role of matchmaker Dolly Gallagher Levi, following the blueprint laid down by director-choreographer Gower Champion. Pearl Bailey also brought the show to Broadway in a short lived revival opposite Billy Daniels.  - Read MORE. 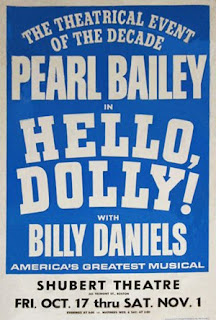 How does Carol Channing feel about it? BroadwayWorld checked in with Carol Channing, who is thrilled about this morning's news. Channing, who turns 95 later this month said, "Bette will be brilliant! Dolly is the kind of character that everyone should be blessed to play. Dolly is an institution- the American musical equivalent to Hamlet."

It's a match made in musical theater heaven — Bette Midler will star in a Broadway revival of "Hello, Dolly!"
Bette Midler to Return to Broadway in 'Hello, Dolly!'
By Mark Kennedy, AP drama writer

Over the past couple of years, I was lucky enough to be Carly Ozard's publicist on her critically acclaimed Midler on the Roof.
I reached out to Carly for a statement on this exciting news. She writes: Bette Midler coming to Broadway to reprise the role of Dolly Levi in Hello, Dolly! Is absolutely brilliant! She will give a new take on the role and make it her own while giving fans the long awaited thrill of seeing her live on Broadway! I am personally so excited to see how this project unfolds. It's been in the making for years and it's a vehicle for Bette, placing her in the spotlight to grace Broadway's Stage in elegance. It should be a huge triumph in her career- since she has mastered performance in so many ways but never live onstage as the leading lady in a musical. Made-for-tv movie Gypsy was the closest, and Bette is better live than most artists so this will be a divine interpretation to witness, to say the least!


Jerry Herman’s “Hello, Dolly!”, the 1964 musical blockbuster, has not had an original production in more than fifty years. While there have been Broadway revivals in 1978 and 1995, they starred Carol Channing, who created the role of matchmaker Dolly Gallagher Levi, following the blueprint laid down by director-choreographer Gower Champion. - See more at: http://uk.blouinartinfo.com/news/story/1314427/bette-to-broadway-in-dolly-a-very-good-bet#sthash.vUEJMe8l.dpuf
It is Penguins Awareness Day! I love these birds, but I would like to make you aware of Penguin Rep 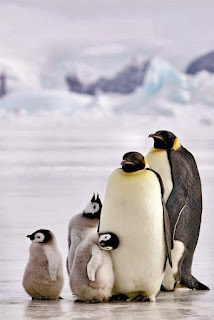 in Stony Point if you are not already aware.

Words of advice for anyone wanting to follow in your footsteps:
Whatever your dream, whatever it is for which you strive, keep your goal clear in your mind and do not let temporary adversities dissuade you from it.
Life is a marathon in which, on some days, you'll run at top speed, and on other days, walking will be a challenge; but if you nonetheless persist in moving forward, with a positive attitude to deflect deterrents and naysayers, you'll ultimately achieve your goal.
And by all means enjoy the journey, because, if you're open to it, you'll find profound joys and "help unlooked for" from newfound friends all along the way.

If you could change one thing about the “profession”, what would it be?  The present economic 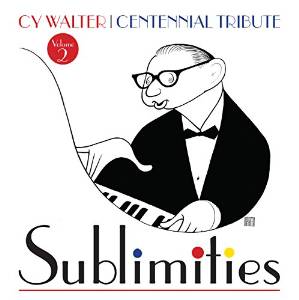 paradigm in which performers are unfairly expected to carry the financial risks of a production's or show's success (or lack thereof) on their own shoulders.  In decades past, the norm was that an artist was paid under contract with a room or venue for providing his or her performance, and the risk that attendance would be low was carried by the room's management.
Today the opposite is true, creating an environment in which performers not only are prevented from making a living but likewise from growing in their art, simply because even those with great talent are precluded from knowing if all of their creative effort in crafting a performance is going to end in economic loss.

Anything else you would like me to include?  I wish to express my profound and humble gratitude to all the friends who have encouraged me and supported my efforts to keep Cy Walter's legacy alive,

and most particularly to those artists who, in performing my father's music, have made it their own. 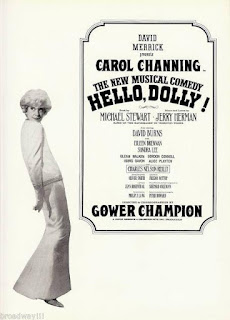 Thank to ALL that are mentioned in this blog for the gifts you have given to the world and continue to give!

“When it comes to the history of Jerry Herman’s brilliant production, beyond the 5000+ performances of my own, even I turn to Richard Skipper when I have questions about the remarkable ladies who followed me in the role that the world fell in love with over 50 years ago.”-Carol Channing