You either have to be first, best or different.
-Loretta Lynn

Happy April 14th, 2018!
April 14 is the 104th day of the year. There are 261 days remaining until the end of the year.
It is a Gorgeous Day here in New York.
As I sit down to begin my blog, It's a New World sung by Judy Garland in A Star Is Born is playing in the background.
Many historical things happened on this day that changed the course of history.
On this date in 1865 – U.S. President Abraham Lincoln is shot in Ford's Theatre by John Wilkes Booth; Lincoln died the next day.
Today is also the birthday of two of my favorite actors, Sir John Gielgud and Rod Steiger.
One of my favorite singers has a birthday today, Loretta Lynn. (Larry, if you're reading, Loretta is one of my holy grail interviews!)

Academy Award winner Adrien Brody was born on this day.
April 14 is Gardening Day. What an excellent idea.
Julie Christie was born on this day. An icon of the "swinging London" era of the 1960s, she has won the Academy, Golden Globe, BAFTA, and Screen Actors Guild Awards. Christie appeared 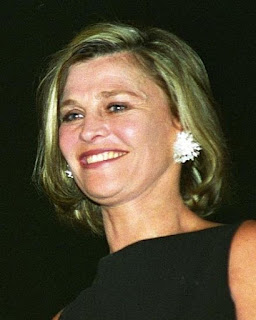 in six films that were ranked in the British Film Institute's 100 greatest British films of the 20th century, and in 1997 she received the BAFTA Fellowship.

David Miller is an American tenor born on this day. Since 2004, he has been a member of the successful classical crossover group Il Divo, who has sold over 28 million copies worldwide.

There's also a lot going on around town that you should take advantage of. Every Saturday at 10pm, Shake Rattle, and Roll Dueling Pianos hosts the long-running, weekly, sold out, all request rock n roll party in the heart of midtown, where YOU pick the playlist.
Go singalong, dance-along, laugh-along and drink-along ALL NIGHT LONG!
From Billy Joel to Bon Jovi, from Britney Spears to Bruno Mars, anything goes as two of the top piano entertainers on the East Coast play your favorites. 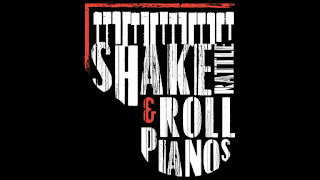 Great for bachelorettes and birthday boys - fun for groups of 2, 20 or 200!
Rattle and Hum West
306 W. 39th St.
www.ShakeRattleRollPianos.com for tix and info!
Mark Weiser
http://www.PianoSummit2018.com

Liza Minnelli’s 1979 Carnegie Hall Concerts Will Be Recreated at Joe’s Pub by Larry Owens
BY ANDREW GANS (Playbill)
APR 13, 2018
Owens will bring to life the work of the legendary stage and screen star.
Liza Minnelli's 1979 concert engagement at Carnegie Hall, where the Oscar winner sold out 11 shows, is the blueprint for Liza ’79, an immersive theatrical experience performed by Larry Owens and created and directed by Ben Rimalower (Patti Issues, Leslie Kritzer Is Patti LuPone at Les Mouches). Read MORE 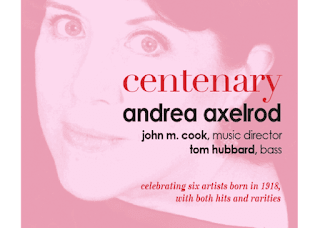 Andrea Axelrod will celebrate six great artists born in 1918 in her show Centenary, at Don’t Tell Mama (343 West 46th Street, NYC) on Thursdays May 24 and 31 at 7 PM and on Sunday, June 3 at 4:30 PM. John M. Cook is the pianist and music director. Axelrod and Cook will be joined by bassist Tom Hubbard in their tribute to Pearl Bailey, Leonard Bernstein, Rita Hayworth, Alan Jay Lerner, Robert Preston and Jerome Robbins.

To achieve great things, two things are needed; a plan, and not quite enough time.
-Leonard Bernstein

Anyone familiar with drag performers knows about the art of lip sync — miming to recordings to create the illusion of singing. There are, however, a great many drag queens who sing using their own voices: Ruby Rims, Steven Brinberg (Simply Barbra), Rick Skye (Liza Minnelli), Varla Jean Merman and Jimmy James, to name a few. Read MORE 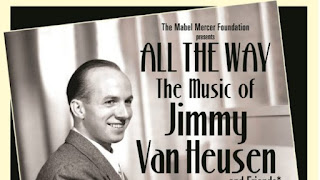 The annual concert event produced by The Mabel Mercer Foundation plays on Friday, May 18th at 7:30 PM at Weill Recital Hall (part of the Carnegie Hall complex) at 154 West 57th Street. Entitled All the Way: The Music of Jimmy Van Heusen & Friends, the show features thirteen vocalists who will honor Van Heusen as one of America’s classic twentieth-century composers. The singers will also celebrate the work of Rick Jensen and Tom Toce, two present-day songwriters whose compositions have expanded
the standard repertoire. All the Way will be hosted by KT Sullivan, artistic director of The Mabel Mercer Foundation, and will feature both established entertainers and newcomers to the cabaret scene. Those scheduled to appear include Joie Bianco, Eric Comstock, Shana Farr, Barbara Fasano, Eric Yves Garcia, Greg Gropper, Jeff Harnar, Nicolas King, Marissa Mulder, Simón Safos, Evan Stern, Amy Friedl Stoner, and Amy Beth Williams. (Read MORE)

This is not at all show business-related, but it is something so uplifting and wonderful, I just had to share it with. 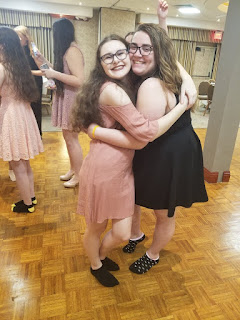 You can't have dream prom pictures without a dream prom dress, right?

The New York Mets told Callie Quinn that if she got 500,000 retweets, she could take her prom photos at Citi Field. When she knocked it out of the park in only 8 days, the team gave her a very special surprise prom-posal. http://abcn.ws/2FrZF2k
When Callie reached 500K, she got a message on Instagram inviting her to a boutique in Sunset Park, Brooklyn.  So about a month ago, on their way home from Long Island, they decided that would be their first stop in dress shopping.  It turned out to be their first and only stop!

Anays Boutique and Casa de Quince are owned by a woman from the Dominican Republic and her two daughters.  They saw Callie's story on the news and since they don't use Twitter, they found her on Instagram.  Casa de Quince is only a few minutes from Varela Travel Agency, and the daughter who runs that location is an Army 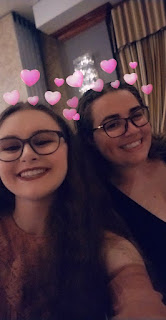 They are giving Callie an amazing gift - a custom-made dress!

She looked at the dresses in the shop, the catalogs, the fabric and color swatches, the beadwork.  The dress is completely her creation.

Today, they are going to see it for the first time!

They will also be meeting a couple of new people that we are pretty excited about!


Now, go and do something nice for someone without expecting anything in return! 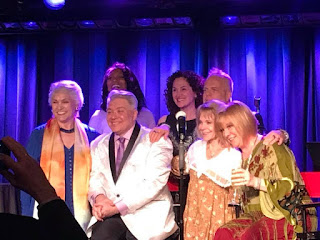 Musical Direction Joe Goodrich with Don Kelly on Percussion, Matt Scharfglass on bass, and Erik Lawrence on Sax
*Steven Ray Watkins will accompany Jim Speake and Those Girls
With music, reminisces and an afternoon of fun and show business! 90 minutes of merriment and excitement …Right on the heels of the 4/8 Richard Skipper Celebrates Life in the Theatre

Richard Skipper has assembled a great cast to Celebrate and honor … RICHARD SKIPPER has become synonymous with “feel good entertainment of the highest quality”. For decades Richard has entertained thousands and celebrated the careers of many of Theatre Row’s finest and most honored stars… The afternoon will prove to be an event where all will arrive and leave with smiles! This will be similar to the old-fashioned TV specials and series where we get to chat with and honor this Entertainment Icon.

A Few Audience Testimonials about Richard Skipper Celebrates
What a great time we had at Richard Skipper's Celebration of Carol Channing's Birthday.   Loved the personal stories as well as the personalities onstage.  Looking forward to more surprises in the future Anthony C. Andalft, Cherry Hill, NJ

I had never been to one of Richard's "Celebrate" shows, so when he invited me to perform, I didn't really know what to expect. Wow! It was a great show. It's not just a show - it's a production! I had such a nice time, and the audience was having a lot of fun. Richard is a great interviewer and his ability thinks on his feet, joke, and make the audience feel comfortable is a talent. Congrats!
Shana Farr, New York, NY

First, let me say that Richard Skipper is a phenomenal host and interviewer. The other day he interviewed my dear friend and favorite singer Melissa Manchester. Such an in-depth interview, which made Melissa's answers just flow. I've known about Richard for quite a long time as an entertainer but really not as a host or an interviewer. I would have loved to be interviewed by him what fun we would have had. Thank you for your calmness, your smile, and fantastic reporting on such a major star as Melissa and so many others. I cannot wait to see your next interview. All my best, internationally acclaimed Entertainer Marvin Nathan, Oob. Maine 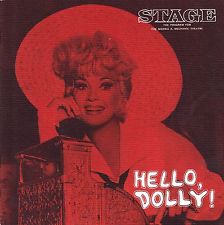 
Posted by RichardSkipper at 5:14 PM