It is the job that never started that takes longest to finish-J.R. R. Tolkien 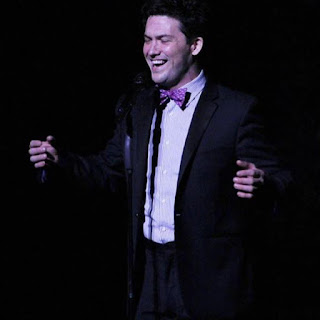 Happy Saturday, January 5th, 2019!
January 5 is the fifth day of the year in the Gregorian calendar. There are 360 days remaining until the end of the year.
I'm kicking off this week's blogs with an artist I highly recommend and you can catch him live and in person tonight at The Beach Cafe in NYC.
Today, Richard Skipper Celebrates Joshua Lance Dixon!

Where did the idea for your upcoming show come from?
Pack of One was simply born out of the idea that I wanted to do something different than before. FLY UP! - my debut cabaret show, was very personal in an autobiographical way especially in my patter - whereas Pack of One is more 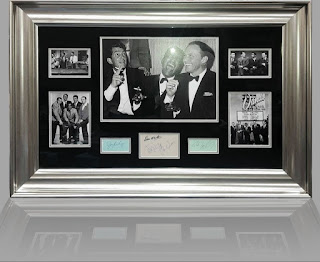 biographical and still feels personal, but only in relating to the personal stories I learned about the guys and singing the music - and this show barely scratches the surface of their (The Rat Pack’s) work.

Who are some of the artists that you enjoy hanging out with?
Oh my... what a question. All of them. I learn so much from every artist I have the opportunity to hang with. I am attracted to artists that take risks and find the  courage to share their vulnerability.

What was your favorite subject in school? 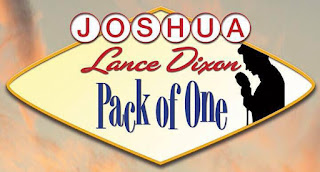 Choir. Is that a subject? That’s not a really a subject. It was an activity. I can honestly say joining the choir was the best thing I ever did. And it was by mistake. I wanted to join the band but my parents couldn’t afford an instrument - I wanted to play the trumpet. But joining the choir let me use and discover my voice. I was a painfully shy kid. I could barely communicate - especially in big groups of kids - I was so afraid of people, being the subject of a lot of bullying up to that point.

Singing in a choir - a forum of a big group of people - I let my guard down, I learned to listen, to blend - I began to discover that not everyone was scary - I began to come out of my shell so to speak.

Tell us your thoughts on the cabaret community...
Saved my life. Music saved me when I was young. Helped me discover I had voice. But the cabaret community helped me realize I had something to say with my voice. I remember the first time I saw a “cabaret performance.” It was Natalie Douglas singing  “Get Here” mad popular by Oleta Adams, at Brandy’s. I was blown away. I mean I already loved that song, but she turned it inside out - simply by singing the lyric from her unique perspective. Charging the words of a song I’d played on repeat 100’s of times, with her experience... channeling love... but it was more than that even... to me, it felt like I was witnessing what it felt like to be free... My heart cracked open.
I was forever changed. I would not do my first cabaret for another 12 years.

If you weren’t a singer, what profession would you choose?
Acting! I guess I sort of do that when I sing. So, let me pick something else. It would have to be something where I could put my people pleasing skills to good work. 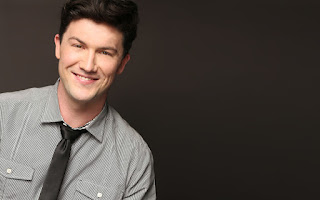 Turning something that’s generally looked upon as an negative and turn it into a positive… So, something where what I engage in comes from a space of love and service. Or... something totally different - Maybe a nurse? Or a Bikram Yoga Teacher.

What is your favorite book and why?
Goodness, I have a few...

My favorite series of books is Harry Potter - J. K. Rowling is a genius. She nails the battle of light and dark. 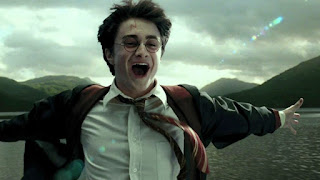 True love and redemption. The magic of those books and her writing go way beyond potions, spells, which craft, and wizardry.

And staying in the magic theme... The Alchemist by Paulo Coelho

My favorite self-help books are by Lynn Grabhorn. “Excuse Me, Your Life Is Waiting: The Astonishing Power of Feelings” - I need to pull that one off the shelf and re-read it.
and I also really love The Four Agreements - by Don Miguel Ruiz 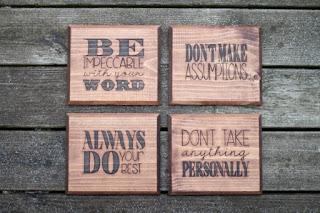 If our entire world could master the four agreements - we would find peace quickly.

What makes you want to support the cabaret community?
I suppose love of our community. There are so many people I admire. The NYC cabaret community is something very special. if I can give back even an iota of what’s so freely been given to me... I would in a heartbeat. 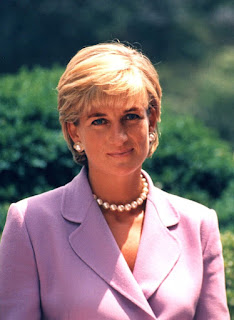 If you could meet any person throughout History, who would you want to meet most?
Princess Diana

What are your biggest challenges?
My own mind and Fear

What was your favorite Halloween costume that you’ve ever worn?
When I dressed up as Harry Potter!

What are the unglamorous aspects of your career that the average person doesn’t realize?
It’s work. You have to be very good at multitasking (which I am not). You also need to be your own personal assistant in all things.

What would you say is the weirdest thing about your routine? 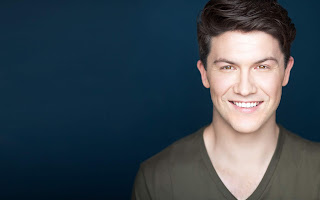 I don’t think there is anything weird in my routine... question: do you mean routine as in the show? Or do you mean routine as in daily life routines.  I suppose I don’t have weird things in my daily routine either… But so I can say I answered this question... I think the weirdest thing about my routine is that I was able to pull it together and figure it all out in the short amount of time that we built the show – I am very lucky - I might be the weirdest thing in my routine… is me. 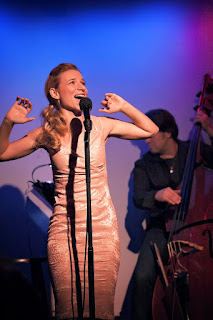 Name one person you would like to see profiled in this series
Natalie Arneson. Natalie, if you see this, please call me and let's make it happen!

That sounds absolutely perfect! Anything else we should mention?
I can’t think of anything... except to look out for future performances of Pack of One as i get it ready to perform out of town! And a potential spin-off series I’ve been dreaming up... A Pack of One Night Stands. One night with Frank. One Night with Dean. One night with Sammy. Each night will feature a guest, maybe two... essentially building our own pack - then bringing back the whole pack for One Night of all their Christmas arrangements . Each night will also be a one night stand for something... haven’t figure out the benefit part of it all yet. Still working it all out in my mind. I have also been dreaming up my debut album and a brand new solo show, not Rat Pack related... 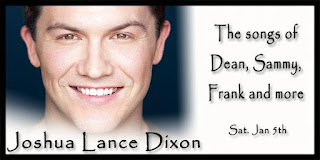 You don't have to go out of town to see Joshua Lance Dixon in Pack of One! Call The Beach Cafe in NY and reserve for tonight! Let him know I sent you! Click HERE for tickets.

January 10
If you've been unable to free up a Saturday to check out Shake Rattle N Roll Pianos show in Times Sq. - they are having a RARE Thursday night show on 1/10 at 10pm (doors open at 9)
Rattle and Hum West
306 W. 39th St.
Click HERE for your FREE tickets! (while supplies last) 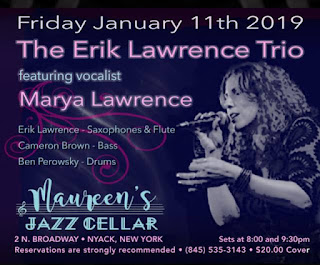 January 15th:
Encore by popular demand! Jill Eikenberry, Golden Globe award winner most known for her starring role on the NBC drama “L.A. Law” and Obie award winner for the Off-Broadway plays Lemon Sky and Life Under Water, returns to Feinstein’s/54 Below in Here I Go Again! Expect songs from her life and her career, including works by Kurt Weill, John Kander, Peggy Lee, Janis Ian, Ricky Ian Anderson, and Joni Mitchell, as well as some exciting new
composers.  Order Tickets HERE 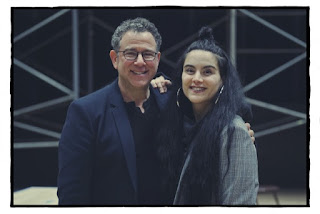 Tony Award nominee Denée Benton was hitting the red carpet at the 2017 ceremony for her celebrated Broadway debut in Natasha, Pierre & The Great Comet of 1812 when a mic-wielding celebrity interviewer asked how she chose her sparkly green-and-white leaf-embossed Oscar de la Renta gown.
The Central Florida native, who made it to Broadway as leading lady Natasha in record-breaking follow-your-heart fashion, flashed her dazzling smile, performed a tasteful half-twirl and shared, “It was a journey, but this one just kind of spoke to us. It’s full of life. It’s green. I’m green. It’s time, you know?” Read MORE


Now, go and do something nice for someone without expecting anything in return! Treat Them to Two Tix to Joshua Lance Dixon!! 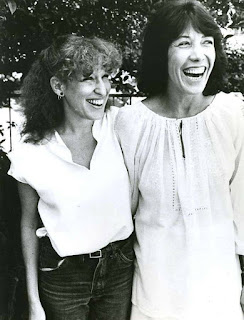 Richard Skipper has assembled a great cast to Celebrate and honor for the first edition of Richard Skipper Celebrates in 2019 . . . RICHARD SKIPPER has become synonymous with "feel good entertainment of the highest quality". For decades Richard has entertained thousands and celebrated the careers of many of Theatre Row’s finest and most honored stars… The afternoon will prove to be an event where all will arrive and leave with smiles! This will be similar to the old-fashioned TV specials and series where we get to chat with and honor these cabaret icons.

Richard Skipper Celebrates Love Aquarian Style February 10th! Tickets Go On Sale January 10th!
SAVE THE DATE! Richard Skipper Celebrates Sunday, February 10, 2018 at 1:00PM The Laurie Beechman Theatre 407 West 42nd Street Downstairs at the West Bank Cafe New York, NY 10036  There is also a $20 food/beverage minimum per person. Russ Woolley Proudly Presents Richard Skipper Celebrates...Love Aquarian Style featuring Meg Flather, Lina Koutrokas, Rosemary Loar, Karen Mack, Stacy Sullivan, All under the Musical Direction of Christine Talbott with Kacey Fassett on sax, Adi Myerson on bass
!  (ALL Aquarians!) You never know who you might see there and what might happen!  $30 Cover and $20 Minimum per person.  The afternoons are also made possible by Wright Bros. Real Estate. Do yourself a favor and CELEBRATE!

A Few Audience Testimonials about Richard Skipper Celebrates
When Richard Skipper hosts the party is ON! He sparkles with a charm that is sincere, sophisticated and frequently HILARIOUS!! He asks excellent questions when he interviews guests that always lead naturally to fascinating answers and when he ad-libs with the audience he's amazingly quick-witted and endlessly entertaining. In my book, he's the Best of the Best - Always puts on a fabulous, happily satisfying show - I love him to bits!!
Sheree Sano, NYC 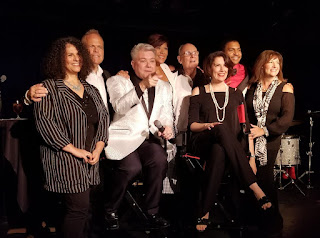 No one can deliver a show like Richard Skipper.
His passion and enthusiasm along with his singing and a brilliant roster of performers ......knocked it out of the park!
Thanks for being you, Richard Skipper!
Judy Stewart, American Popular Song Society
PS... Richard is The American Popular Song's good luck charm and I am looking forward to what he produces for us next June as well.

Richard Skipper, Richard@RichardSkipper.com
This Blog is Dedicated to the Memory of Christine McGuire 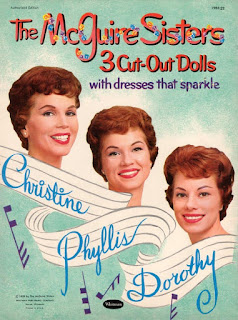 Posted by RichardSkipper at 3:38 PM