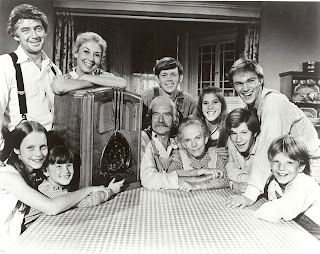 Today I want to take you to what I THOUGHT at the time was a simpler time in our world. In 1971, I was 10 years old. My baby brother was born in 1971. If you actually wanted to go back to this day in 1971, it was a Saturday. Come back with me a moment...Let me give you a glimpse into the cultural landscape: A ban on radio and television cigarette advertisements goes into effect in the United States. 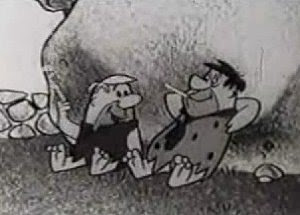 The landmark television sitcom All In The Family, starring Carroll O'Connor as Archie Bunker, debuts on CBS. 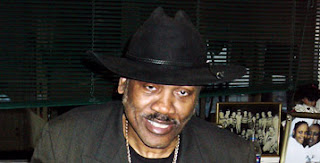 A sad day for me, March 28th, The Ed Sullivan Show airs its final episode. 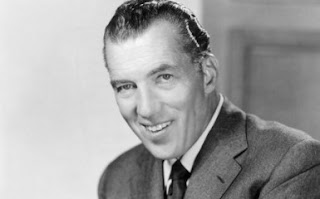 A Los Angeles, California jury recommends the death penalty for Charles Manson and 3 female followers.April 9 – Charles Manson is sentenced to death; in 1972, the sentence for all California Death Row inmates is commuted to life imprisonment.

April 24th, Five hundred thousand people in Washington, DC and 125,000 in San Francisco march in protest against the Vietnam War. 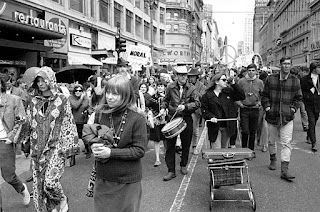 July 3 – Jim Morrison, lead singer of The Doors is found dead in his bathtub in Paris, France.

July 10 – Gloria Steinem holds her Address to the Women of America speech. 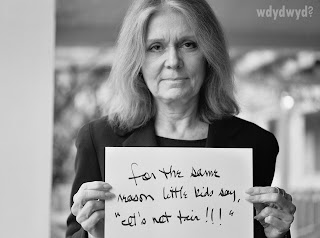 August – Camden, New Jersey erupts in race riots following the beating death of a Puerto Rican motorist by city police. Looting and arson occurred. This was a turning point in Camden's decline to one of the poorest and highest-crime municipalities in the United States. Camden was, however, the site of a 1949 shooting rampage by Howard Unruh, considered by some to be the first mass murderer in the United States. The riots resulted in the demise of Camden's Sears and A&P branches. Also in 1971, Philadelphia International Records was established, with Camden native Leon Huff as co-founder. 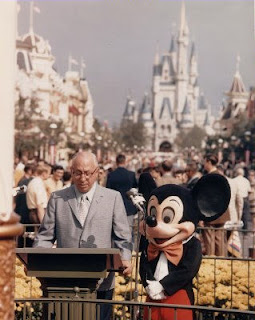 NOW, I feel old! I remember the day Disney World opened 40 years ago! 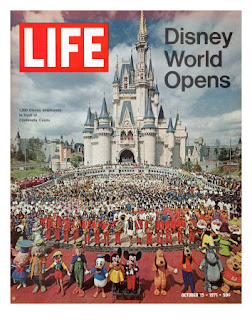 November 16 – Edie Sedgwick is found dead, her death is thought to be undetermined/accident/suicide. She was only twenty eight years old but her legacy still lives on today.

And on December 19, 1971, we we gathered at our grandparents to watch The Homecoming The airing was a huge ratings success, so CBS decided to turn it into a TV series called The Waltons, which debuted on September 14, 1972.
I loved The Homecoming and years later, at Celeste Holms' 90th birthday party, I spent almost the entire evening with Patricia Neal and had the opportunity to tell her I must I loved her in The Homecoming. 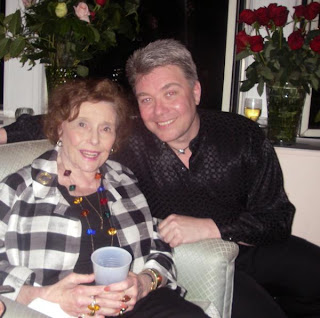 If the rest of The Waltons clan ever see this blog, I thank you all for a series that I still watch whenever I find reruns on TV. It immediately takes me back when I used to watch this show with my grandparents. 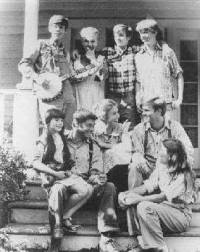 The Flip Wilson Show was the last time a television variety show was successful in focusing solely on one performer - but as popular and beloved as Flip Wilson was, outside of a few of guest-star turns on other variety shows (and a special in 1975) the star was rarely seen on network television after his series left the air.

When The Waltons began, the cast was similar, except the joyful actor Will Geer became the new Grandpa, and Ralph Waite and Michael Learned were cast as the parents.
The CBS executives couldn't have picked a worse time slot for the show, though, because The Waltons squared off against two extremely popular shows: The Mod Squad on ABC and the #1 rated program in the country, The Flip Wilson Show over on NBC. 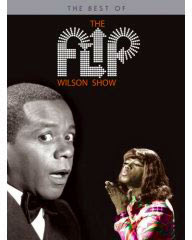 Well, it worked because, through the ads and word-of-mouth, millions of Americans tuned in every Thursday night.
The show received a lot of critical acclaim, as well, with both Richard Thomas (John-Boy) and Michael Learned (Olivia) winning Best Actor Emmys that first year, along with Ellen Corby, who played the crusty Grandma, the first of 19 Emmys the show would eventually win. The show's family-oriented message was a welcome relief during that time of political upheaval, with the Vietnam war and the Watergate scandal dominating the news.

The show climbed steadily up the ratings chart, reaching #1 by the end of the first season, eventually knocking The Flip Wilson Show and The Mod Squad off the air.
In fact, the only places in America where The Waltons wasn't popular were in New York City and Los Angeles, because people there apparently couldn't relate to the show's rural, family-based themes.

The Flip Wilson Show was one of the Seventies' most popular and successful variety series, lasting a solid four years. Still, it's almost as if the show slipped from our consciousness as soon as it left the airwaves, very little has been written about Flip Wilson or the series.

The Flip Wilson Show appeared weekly on Thursday nights at 8:00 on NBC from September 17, 1970 until June 27, 1974 and featured no notable regular supporting players - just Flip Wilson and his stellar guests front and center.

Despite much acclaim, The Waltons wallowed near the bottom of the TV ratings during its first few months. It seemed that the show, stressing homespun themes, was doomed, especially being stacked up against its glitzier competition. In fact, after a few weeks, no one in the Waltons cast expected to stick around much longer. To help rescue the show, CBS mounted a PR campaign, which was how I first heard about it. I was an avid Flip Wilson fan back then, but that fall, I saw an ad in Life Magazine entitled "Help Save The Waltons," describing how this family-oriented show on CBS was on the verge of being cancelled because of low ratings. 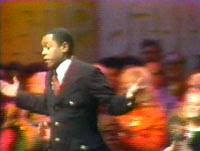 Although the writing was sometimes unsteady, The Waltons was blessed with an abundance of good actors and good acting. Grandpa, superbly played by Will Geer, who doled out sage advice with a constant twinkle in his eye. 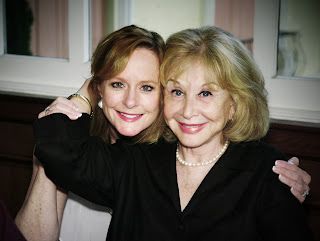 The first few years of the The Waltons, when Ellen Corby and Will Geer (a.k.a., "You old fool") were both alive, were definitely the best. 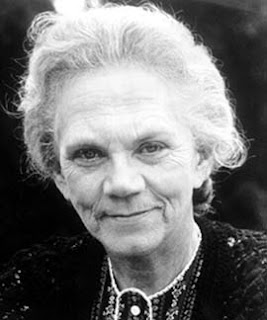 After about four years, things started to fall apart and the show began going downhill: Mary Ellen got married, actress Ellen Corby had a stroke, and John-Boy headed off to New York City.
For me, though, the biggest blow came when actor Will Geer died in 1978, and the show never seemed the same afterwards.

Now, here is some exciting news! 40 YEARS LATER, WALTON SYBLINGS,
RICHARD THOMAS AND MARY MCDONOUGH,
REUNITE WITH Q&A FOR NY DEBUT OF
Lessons From the Mountain 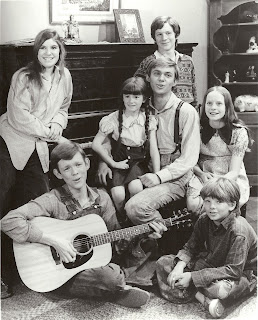 During of all things, her honeymoon, Mary McDonough will make her NY book debut during an appearance promoting her Amazon listed best seller, Lessons From the Mountain: What I Learned From Erin Walton, on the TODAY SHOW - Weekend Edition on Sept 4th and a signing at Barnes & Noble (UPWS) on Sept 8th, featuring Walton colleague and older TV brother, Richard Thomas. 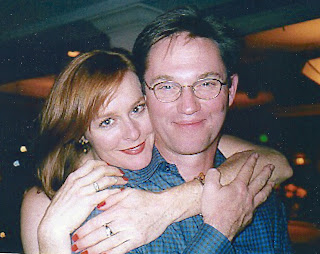 It is hard to believe that little Erin Walton is 50 this year. We are the same age! She and "The Waltons" cast members prepare for the 40th anniversary reunion of in Dec, with a screening of "The Homecoming" featuring Patricia Neal in the role that Michael Learned would make famous on TV. 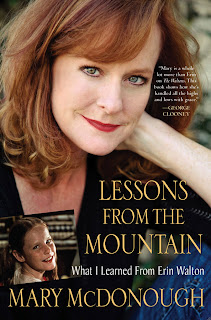 MARY MCDONOUGH
In Conversation & Q&A with WALTON Co-Star RICHARD THOMAS AND SIGNING OF LESSONS FROM THE MOUNTAIN:
What I Learned From Erin Walton
(WINNER OF THE ELLA DICKEY LITERACY AWARD) at Barnes & Noble UPWS

When Mary returns from NY she will be a featured author at the West Hollywood Book Fair in a Q&A with Michael Learned on Oct 2nd.

"Mary is a whole lot more than Erin on The Waltons. This book shows how she's handled all the highs and lows with grace." --George Clooney

Join award-winning actress, writer and director, Mary McDonough at Barnes & Noble (UPWS), as she signs copies of Lessons From the Mountain: What I Learned From Erin Walton (Kensington Publishers). Ms. McDonough's recent appearances at DOLLYWOOD (with Dolly Parton), the Country Tonite Theatre (With Loretta Lynn), The Opry Shop (At the Grand Ole Opry), as well as The Kennedy Center in DC broke records in sales and attendance. 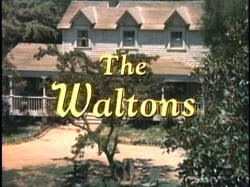 Ms. McDonough's memoir is a poignant story of growing up on Emmy award-winning series The Waltons, where she played the middle sister, Erin. The show is still being shown worldwide and has fans all over the world. At the age of ten, McDonough was cast as Erin Walton in The Homecoming, the movie of the week that inspired the dramatic series and overnight, her life as a normal kid in a working-class, Catholic family changed. As McDonough says, “It was bizarre, fun, tremendous, painful, wonderful and different. It was definitely not a normal way to grow up.” 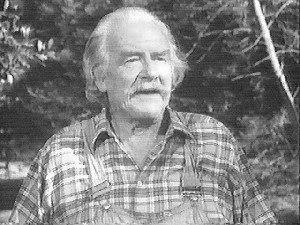 In the book, Ms. McDonough reminisces about …

ø How her very first audition earned her the role that would define a lifetime.
ø Her years on the set of The Waltons and what it was like growing up in front of America.
ø An adolescent battling depression, insomnia, body image issues and experimented with drugs
ø Alternately embracing and rebelling against her good-girl screen persona.
ø How her mother responded to the role of Regan in The Exorcist that went to friend Linda Blair.
ø Working with industry legends including Edgar Bergen, Patricia Neal, Rosemary Clooney, etc
ø Becoming a an expert on health issues she personally faced after obtaining silicone implants
ø Being diagnosed with Lupus
ø Recent career roles on Boston Legal, The New Adventures of Old Christine, ER, Will Grace
ø The upcoming 40th reunion of The Walton's 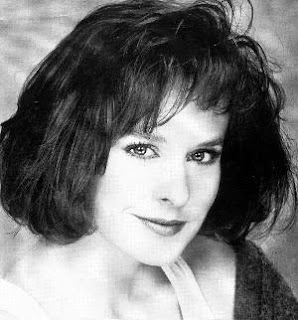 When asked about being the first of the Walton's cast to release a memoir, Mary declares, “The decision to write didn't come easily for several reasons. When people ask me why we haven't written a book about The Waltons, I joke that if anyone did and told the whole truth, the rest of us would get together and kill them. So, if I disappear soon after this book is published, consider The Waltons family members key suspects.”

Just as I did with CONFESSIONS OF A PRAIRIE BITCH, I cannot wait to delve into this book! Happy reading everyone! Say hello to Mary McDonogh for me in New York. I will be in Malibu. It is killing me that I'm missing this event in New York! And congratulations on the marriage, Mary!

No copyright infringement intended in anything in this blog. My goal and purpose is to entertain you.


Now, I'm going in search of The Waltons on TV!

Tomorrow's blog will be a look back at Esther Williams ibgredible life and career on the occasion of her 90th birthday! Hope you'll all join me in celebrating that.

Posted by RichardSkipper at 3:58 PM