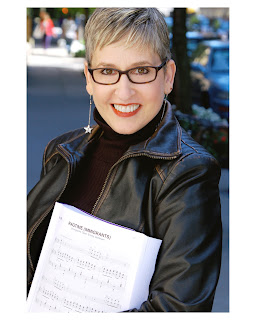 Marcia Milgrom Dodge is a director, choreographer and writer for the stage. After working in regional theatre, off-Broadway and elsewhere for thirty years,
Dodge directed and choreographed her first Broadway production, a revival of Ragtime in 2009. The production received 7 Tony Award Nominations including one for Dodge for Best Director of a Musical.
Dodge was born in Detroit, Michigan (where Hello, Dolly! premiered) , grew up in Southfield, Michigan and attended Vandenberg and Adlai Stevenson Elementary Schools and Birney Junior High graduating from Southfield-Lathrup High School in 1973. As a child, she took dance lessons at the Julie Adler School of Dance in Oak Park, Michigan. She is the daughter of Myron and Jacqueline Milgrom, and her sisters are Carole Lasser, Paula Milgrom and Marianne Milgrom Bloomberg. Dodge received her degree in Speech Communication and Theatre at the University of Michigan, Ann Arbor, graduating in 1977. Upon graduation, Dodge moved to New York City pursuing a career as a choreographer.

Her Kennedy Center production of Ragtime received four 2010 Helen Hayes Awards including one for her for Best Director, Resident Musical.

In its glorious opening tableau, "Ragtime" finds its purest, most exhilarating Expression . . More successfully than the lavish Broadway original -- Dodge manages to make the idea of a turbulently evolving America the star. . ."
-- Peter Marks, Washington Post

"Can less truly be more? 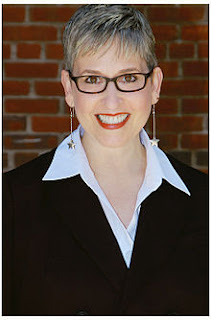 Director and choreographer Marcia Milgrom Dodge gives a definitive answer to that often-asked question with her glorious, high-powered revival of Ragtime, now at the Kennedy Center's Eisenhower
Theater. Dodge has carved away some of the original Broadway production's indulgences, and, as a result, the story of America becoming itself in the early part of the 20th century evokes even stronger emotions
than before."
-- Michael Toscano, DC Metro

"Director/choreographer Marcia Milgrom Dodge concentrates on telling the story, not competing with the memory of the earlier production. Her swirl of the full cast in the openings of both acts are beautiful pieces of
stagecraft."
-- Brad Hathaway, Potomacstages.com

And now the Maltz Jupiter Theatre in Florida is heading into the final show of its 2011/12 season with Hello, Dolly!, opening tonight through April 1, directed by Marcia and starring Broadway veteran Vicki Lewis and Tony® winner Gary Beach.
Complete with a stunning set based on photos from The Hearst Castle, large orchestra and cast of 22 performers.

Marcia and I sat down and discussed Dolly and her approach just before she directed her production of Dolly at The Jupiter Maltz Theatre in Florida. She is looking at this classic American musical with fresh new eyes BUT with much respect to the original craftsmen of this musical. This isn't Marcia's first involvement with Dolly. She played Minnie Fay years before with Mary Ellen Ashley as Dolly. Mary Ellen told me that Marcia was the tallest Minnie Fay she had ever seen. Mary Ellen said she was an absolute delight and loved working with her. Marcia is respectful of the powers that be that came together to create Dolly, but she is also relying on her own instincts to make this show reliable to newer audiences. With Gary Beach, who Marcia says is very much in the David Burns arena of Comedy and Vickie Lewis who brings a sexuality to the role, they are putting their own stamp on this classic musical. Lewis told Dodge that she would follow her anywhere.

“This is truly a tony of a show, and we are ecstatic to welcome both Vicki Lewis and Gary Beach onto the Maltz Jupiter Theatre stage,” said Andrew Kato, the Theatre’s artistic director. “Along with Marcia Milgrom Dodge – who last directed the favorite Anything Goes at our Theatre – I can’t think of anyone better to take our audiences on a whirlwind race around New York at the turn of the twentieth century. This spectacular musical adventure is a true treasure and will be sure to warm your heart!”Marcia and Vickie have worked together three times previously. Marcia directed Vickie in Gypsy, How to Succeed, and Anything Goes.

She was inspired with the look and feel of the costumes from photos she saw of Hearst castle on a recent trip to San Simeon, California.
Hello, Dolly! has local ties, too. Its original Broadway costumes were designed by former Tequesta resident Freddy Wittop, with many that can still be seen in the permanent collection of the Costume World Broadway Collection, a theatrical museum dedicated to Broadway costuming in Pompano Beach.
“We are ecstatic to be ending our season with a large-scale, song-and-dance extravaganza that will truly excite our audiences, and hopefully whet their appetites to renew their subscriptions for our upcoming 10th anniversary season,” said Andrew Kato, the Theatre’s artistic director. “People of all ages will love this show.”

Gary Beach said to me, " I'd just say that this is my fifth production with MMD and I'm looking forward to the sixth.  I love the way she's not afraid to shake these old chestnuts like "Dolly" up a bit, and make them "new"."

Dodge’s direction is fluid, incorporating the set’s pair of moving staircases in varied ways.
As choreographer, she gives the dancing waiters a lengthy razzle-dazzle tap number, and she showcases Loehr’s impressive control and flexibility.
Many of the performances of Hello, Dolly! are already sold out. There is, and always will be, great affection for this tuneful adaptation of Thornton Wilder’s The Matchmaker. For the way this Dolly is sung, Dodge and the cast do deserve the crowd’s thunderous applause.
-Christine Dolan, Miami Herald

Keep checking this blog. I will be adding reviews and clips as they come in.


Posted by RichardSkipper at 1:18 PM