Peggy Eason will present her cabaret show I'll Show Them All at Don't Tell Mama in NYC on June 9th and 15th. 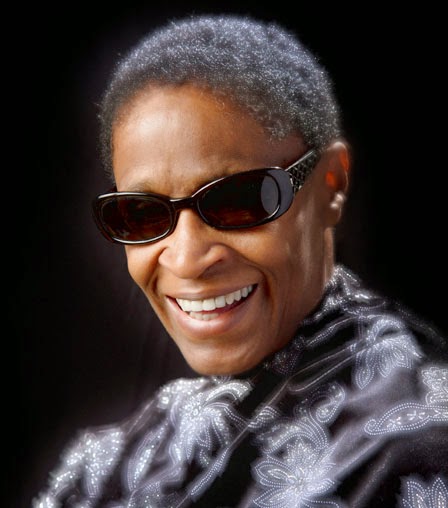 Peggy is a native New Yorker, having been born in Brooklyn. She wasn't supposed to be here. Her doctors told her parents that neither she or her twin would survive. At birth, she weighed two pounds and six ounces. Her twin only weighed one pound at birth. Unfortunately, she died after four days. Peggy survived! Peggy was a seven month baby.
She was supposed to be born in September, but was born in July. The only way they could save the lives of "preemies" at that time was to give extra oxygen. Peggy was told later that she had gotten too much oxygen. Because she was premature, her optic nerve did not develop. Because of that, she was unable to have a corneal transplant. She is the only one in her family who is blind.
Peggy came into a family that included six brothers and four sisters.
Unfortunately, all of her brothers are gone except for one.  All of her sisters are still alive.
She had lots of fun growing up in Brooklyn.
Not only did she grow up with lots of brothers and sisters, she also had lots of cousins. She has fond memories of going to the beach. She was afraid of the sound of the ocean, but her family wanted her to 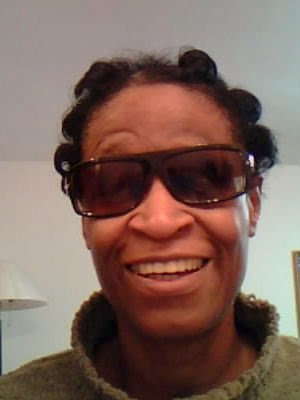 know what the waves and water felt like. One she got over that fear, she loved to play in the Ocean. They would go to Cony Island. They would walk on the boardwalk and eat knishes. Her grandmother was constantly teaching Peggy new things. She would tell Peggy that the others could see what she was doing but she had to show Peggy with her hands.
She taught Peggy how to roll out a pie crust with the rolling pin. Peggy never liked to get her hands dirty, but her grandmother insisted that she had to. Peggy recalls the smells of the kitchen especially around the holidays.
This was one strong family. In fact, they called themselves an army. Her grandmother had about sixty grandchildren.
Peggy grew up in the Marcy Projects,a public housing complex built and operated by the New York City Housing Authority and located in Bedford-Stuyvesant.
The family moved there when Peggy was three. At that time, it was very integrated. They had a mix of everything. There were no racial problems. Peggy remembers the scent of fresh grass. They were not allowed on the grass. If someone walked on the grass, they could have been thrown out! She remembers the monkey bars. She used to love the monkey bars and remembers being with her childhood friend, Elaine. Elaine recently told Peggy that when they were kids, Peggy's mom told Elaine, "Please don't let Peggy get near the monkey bars." Not only did Peggy get near the monkey bars, she climbed to the top and decided she was going to stand on top. Elaine couldn't reach her because she was short. She told Peggy she was going to have to get down herself. Peggy really got it when she got home. She has fond memories of the people. Everyone was friendly to her. She went around the neighborhood alone, knowing it all so well. She didn't have a cane or a dog growing up and she got along fairly well.

She went to the school for the blind in the Bronx, the Lavelle School.At the time that Peggy attended, it was called the New York Institute for the Education of the Blind.
This was a Catholic school run by the Dominican nuns and, according to Peggy, they were tough!
Peggy went to high school at the New York Institute for the blind which was non-sectarian. From there, she went to college against everyone's advice. She attended to Manhattan School of Music where she majored in 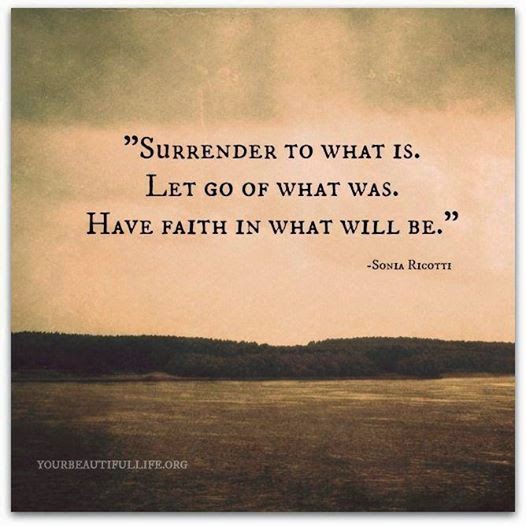 voice and music education. From there, she went to work. She desired to sing but she also wanted to live. Throughout her life, she has had various occupations.
She worked as a typist for the Internal Revenue Service and the Jewish Guild for the Blind and The Hartford Insurance Company. For the last twenty-five years, before she retired, she was a secretary for The New York State Division For Parole. Throughout all of that time, Peggy always sang. She did mostly recitals for corporations and churches and private events. She is a classically trained singer. She has always sung. She first sang at age seven when her grandmother gave her three dollars to sing at one of her teas. That was her first professional engagement! 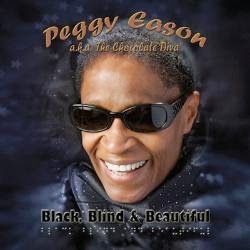 THIS chapter, as far as a career in cabaret is concerned, in Peggy's life really started in 2007. Peggy had mentioned to her husband, David, that she had heard about Linda Amiel Burns' Singing Experience on The Joey Reynolds radio show. She first heard about it in 1997! Year after year, she would tell David that she was going to take this class. After several years of procrastinating, she came home one day and David told her that he had just registered Peggy for The Singing Experience.
Peggy told him that she didn't have the time to take it. He told her that she was going to take it because he had already sent in a check. That is where the idea of cabaret all started.
When she first sang in the class, everyone kept telling her that she should do her own show. Being the competitive person she is, she said I CAN do it! 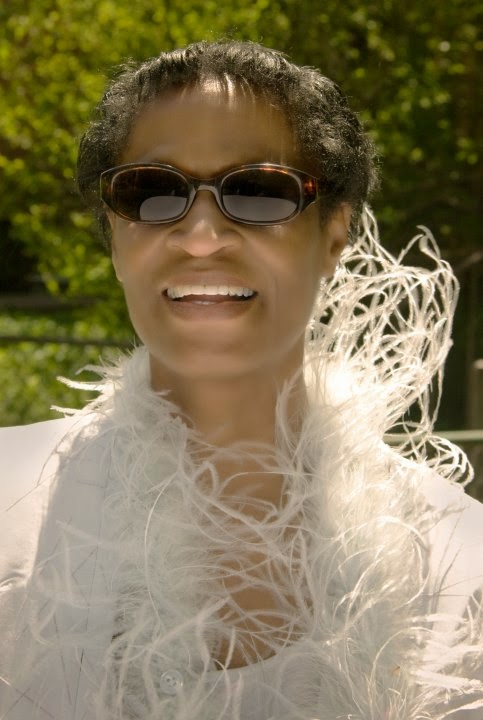 Peggy always has this nightmare that one day she will walk out on stage and nothing will come out.
In addition to these upcoming performances at Don't Tell Mama, Peggy has been asked to close The Cabaret Convention on October 23rd. Klea Blackhurst will be hosting that evening celebrating Irving Berlin. Raissa Katonah Bennett  ran into Peggy at The MAC (Manhattan Association of Cabarets and Clubs) last month and there is a possibility of Peggy doing Music and Arts for City Greens on May 28th. (Rain date May 29th) as part of the Parks Concerts Series.
Peggy considers herself a good student of life. She listens and takes copious notes. She says she leaves nothing to memory at her age. She writes everything down.
Peggy is very proud to say she will be 67 on July 10th. 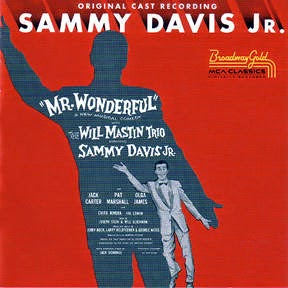 Her  life is a miracle.
Some of her friends haven't made it to this age. She is grateful for every day.
Her favorite composers are Rodgers and Hammerstein.
When Peggy was growing up, she didn't know many black artists on Broadway. They weren't as prevalent back then. Her grandmother took her to see Sammy Davis Jr. in Mr. Wonderful when she was younger. She remembers thinking to herself, "Wow! A black person starring on Broadway!" At that time, they were not called African Americans. A black person starring on Broadway was fascinating to Peggy!
Sammy Davis Jr. became a favorite of Peggy's. Another favorite of Peggy's was Robert Goulet. Robert became very encouraging to Peggy. When Peggy's previous husband died, Robert sent Peggy a message offering condolences. He told her he knew what it was like having lost his mother-in-law. He also told Peggy he knew she had a great singing career ahead. Discussions did happen years ago about Peggy opening for him. Unfortunately, it never came to fruition.
In addition to singing, Peggy helps others on the side. She writes letters and helps solve problems for them.
Peggy believes God has put her on this earth to help and inspire people. That is what she really desires to do with her singing. She wants to inspire people. She desires to give hope to people who don't have hope. She doesn't care about awards or all the accolades that most artists strive for. What she does care for is whether the audience likes her and if they have been inspired.
Come to Don't Tell Mama on June 9th and BE INSPIRED!

Let's start celebrating artists again rather than tearing them down.

Thank you ALL of the artists mentioned in this blog for the gifts you have given to the world and continue to give!


Check out my site celebrating the FIRST Fifty years of  Hello, Dolly!

Posted by RichardSkipper at 7:48 PM