Have You No Sense of Decency? 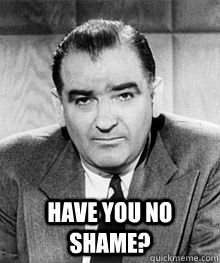 At long last, have you left no sense of decency?
- Joseph N. Welch

Happy July 29th, 2016!
July 29 is the 211th day of the year. There are 155 days remaining until the end of the year.
This has been a bizarre week in the political world, but then again, it has been for quite some time.
This week began with the leak of DNC emails in which it looked as if the DNC had a direct bias against Bernie Sanders. That resulted in Debbie Wasserman Schultz stepping down.
As if that wasn't enough, Donald Trump asked Russia to spy for the United States. This poses serious national security concerns, and may violate federal law.
Trump is scheduled to start receiving classified national security briefings reportedly as early as today.
That cannot happen. Join me in asking Director of National Intelligence James Clapper to pull Trump's briefings?
Click HERE.
I know that there are people on both sides of the spectrum who form their opinions based on what has been fed to them rather than doing their research.
You mention Hillary and the first thing some people think of is Benghazi and/or email server.
You mention Trump to some people and you hear anti-establishment, protector, a leader.
If you present a blueberry pie to me and try to convince me that it is a key lime pie, I'm not buyin'! That is, unless, I've had neither. THEN, I may not know the difference.
We live in a culture in which people are getting their news with tweets and Facebook posts. It is also filtered through the talking heads of whatever network you are watching. There is a reason why Walter Cronkite was considered the most trusted man in America. He gave us the news as it was given to him and he reported it. 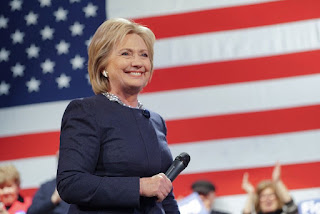 It was up to us to form our own opinions. We didn't hear one way or another through an inflection in his voice what his thoughts were on whatever he was reporting. I am only aware of his showing his "human side" twice: when President Kennedy was assassinated and when man walked on the moon.
Now, we are constantly bombarded with the opinions of whomever is reporting the news. WHEN and HOW did this transition take place? News changed when OJ Simpson and pal Al Cowlings took America on a ride in a Ford Bronco.
The news media (and most of America) watched to see if something tragic was going to unfold in front of us. THAT was the first true reality show.
Everything reached the APEX with 9/11. Not only was the world watching as the tragic events unfolded, we were also watching a never ending ticker on the bottom of our screens bombarding us with additional news.
And now, with social media and the proliferation, everyone wants to be the first to report the news EVEN before they get all the facts. 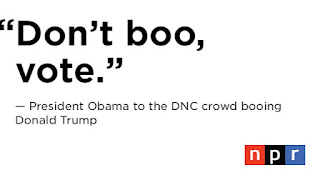 When I was in high school, my biology teacher, ended EVERY class with these word: Read, Re-read, and take notes.
All over Facebook, there are posts saying 'if you don't think like me or disagree with me, unfriend me now!' Folks, wake up, there is something dangerous happening in our country!
I came across this great quote today: Your life does not get better by chance, it gets better by change.
Let me take you back to a more peaceful time in America. The date is June 9th, 1954. 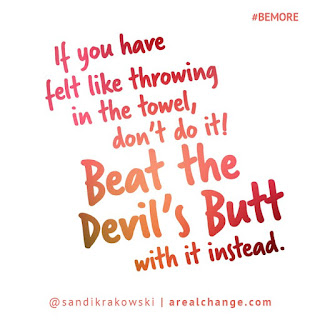 It was Wednesday, under the sign of Gemini. The US president was Dwight D. Eisenhower (Republican). In UK Secret Love by Doris Day was in the top 5 hits. Them!, directed by Gordon Douglas, was one of the most viewed movies released in 1954 while Not As A Stranger by Morton Thompson was one of the best selling books.
Something else happened that day: In a dramatic confrontation, Joseph Welch, special counsel for the U.S. Army, lashes out at Senator Joseph McCarthy during hearings on whether communism has infiltrated the U.S. armed forces. Welch’s verbal assault marked the end of McCarthy’s power during the anticommunist hysteria of the Red Scare in America.
You see, Senator McCarthy had been on a witch hunt. He was going to rid America of communists.
As a result, people's lives and careers were destroyed simply because someone with a "little" power started "outing" people. If you were even suspected of being the bad guy, you could go to prison and/or lose your careers. People committed suicide because of these scare tactics.

Last week, I watched Every night of the RNC. For four nights, I watched anger and fear mongering abound. I went to bed sad and distraught every night. This week, I've cried at the speeches and people represented. My tears, however, come from a different place. My vow is that I will not engage in hateful debates. My focus will be on love and hope. There is no room for any other alternative.
(UPDATED WITH FINAL NUMBERS) It looks like Donald Trump is going to take the lead over Hillary Clinton this election – at least when it comes to how many people watched the last night of the Republican National Convention and how many watched the last night of the Democratic National Convention. Read MORE). Please note: Trump may have had more viewers but according to the polls reported on CNN his favorable rating was lower than Hillary's favorable. Trump went on TV today with more bully insults , 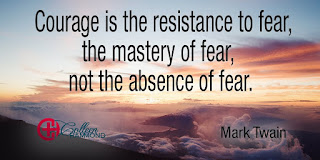 another temper tantrum if you will, against the fire Marshall at the venue, against Mike Bloomberg and of course, against Hillary with the lock her up routine.

I truly am terrified about the way our culture allows and condones this bad behavior .
I think a campaign to seek decorum by the republican leadership is long past due. How can Paul Ryan recommend support of trump's behavior.  It's one thing to lose an election to the Democratic Party it's another to decimate the
Republican Party altogether .  Ronald Regan would not approve .
For those of you who think the enemy is on the other side of a proposed wall, don't kid yourself, sometimes the enemy knows how to Make A Deal!
Let me recommend two films to watch this weekend. They both come from Lillian Hellman: These Three and The Children's Hour. They are both the same story but told through the filter of the times in which they were made. YOU may want to be pointing a finger at the "enemy" today (even when you don't know who the enemy is!) Tomorrow, the finger may be pointing at YOU! 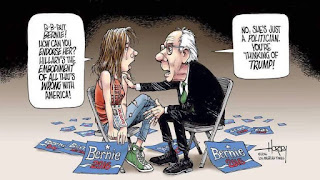 Here is a Facebook post: To all my TV Peeps out there. As someone who makes a living speechwriting and producing live events, here are some thoughts on the 2016 DNC convention from a producer's perspective. After the DNC Convention ended last night, I sat there and thought that quite frankly, it was the most pitch perfect convention I've ever seen. Very well structured, extremely well written and produced. Unifying. Patriotic. Positive. Steeped in optimism. Tugged on the heartstrings and 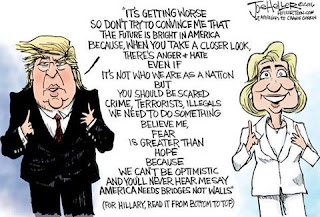 appealed to reason and fairplay. Superb and unlikely messaging at a DNC.
Tone: Chants of "USA!" at the DNC. Chants of "Lock her up." At the RNC. Vastly different energies and the directors of the DNC broadcast did a better job of showing enough of it without making it the story. After watching Donald Trump describe America as a terrifying, dark, scary place in need of a savior, the DNC made the brilliant decision to show speaker after speaker delivering messages of American exceptionalism, focusing on the values that unify all of us --- all points that were 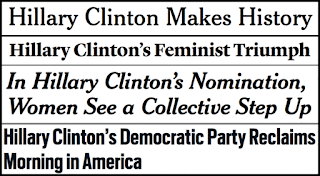 previously the exclusive property of the GOP.
Another interesting choice: for the first time in my life, we heard a lot more about God and faith at the DNC than the RNC.
We witnessed another first – something I never expected to see in my lifetime – a Democratic President stood on stage of a convention and defended “conservative values” against attacks by a GOP nominee. Focusing on exceptionalism, patriotism and values.
THINK ABOUT THAT 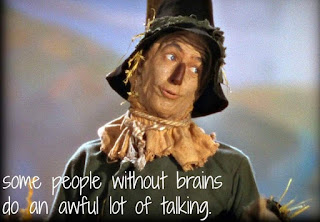 Mindblowing.
The DNC framers did a brilliant job of raising the contrast and using the GOP's own issues against them. Ultimately, the DNC theme and message was all about America. The GOP theme and message was all about Trump.
After a week of gaff after gaff and tension about the head of the committee and the Sanders supporters, it was text book, by the numbers perfect. Ok -- the floor is open! Thoughts? (Name withheld by request) 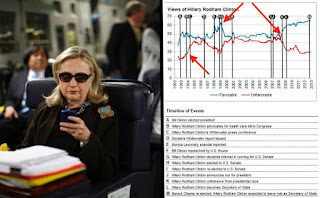 The DNC knocked it out of the park with this montage video comparing Donald Trump with some of cinema’s all-time most awful bullies. (Source: The Randy Report).

Here is a a Facebook post by someone I don’t even know, a man named Michael Arnovitz in Portland OR.  But as a Facebook post it passes the fair use test and I’m quite certain he would not object that I share it here. Click HERE FOR MORE INFO.
On January 30, 1933, Adolf Hitler was named Reichskanzler. Germany's present-day chancellor, Angela Merkel, has said it's crucial to mark Germany's dark history - as Hitler's rise was aided by the majority's silence.  READ MORE.
Again, I urge you to READ, RE-READ, and TAKE NOTES! Some history should not be repeated.

As you can see, we have a LOT to be proud of. We also have a lot to be concerned about. Let's all agree to celebrate that pride in each other! 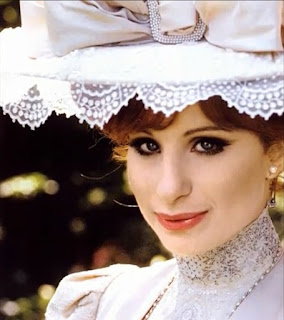 Posted by RichardSkipper at 6:56 PM