Dear America, WE ARE BETTER THAN THIS! 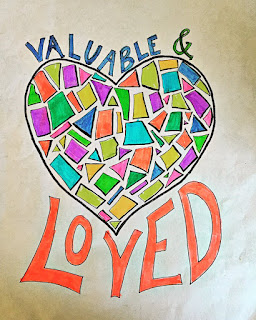 My horoscope TODAY: Spend as much time as you can with people who live the way you want to live, who achieve the results you value and who make you feel good about what you have to offer. It's a no-brainer, but it bears repeating. (I personally celebrate our differences!)

It's Election Day FINALLY!
This blog is devoted to Susan B. Anthony and all of those that TRULY made America Great!

November 8th, 2016. November 8 is the 313th day of the year. There are 53 days remaining until the end of the year.
There are 163 Days until Bette Midler opens officially in Hello, Dolly!
As I'm listening to my iPod today instead of the news, I will repeat what I have always said, If everyone began every day with a show tune, there would be no strife in the world. As I type these words I'm listening to Ethel Merman singing Before The Parade Passes By from Hello You Know Who! Anyone who know me knows of my love for this musical. Some have even called it an obsession. I hear these songs and as Jerry Herman intended, I'm rejuvenated.

Carol Channing refers to Before TheParade Passes By as the spine of Dolly. Interestingly enough, it was the last song written for Dolly and went into the show in Washington DC.
I didn't exactly begin today with a show tune. I began by voting! Before the polls open and we begin our final Get Out the Vote push, I want to reach out to you, my followers and friends personally.

One of the principles I believe most in is that no one should be powerless, and that collective action 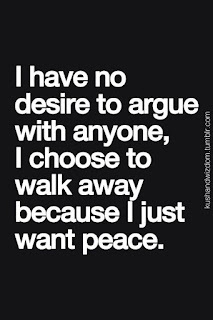 can indeed change the world. My hope and prayer tonight is that not only is Donald Trump defeated but that he is done so on a scale larger than anything we have ever witnessed in our nation's history. I have never in my life wished for the downfall of any one person but Trump is different. From day one of his campaign and for his entire life actually, he has been a bully. It must be nice to have a hand out given to you at an early point in your life and to be able to cost on that.His father set him on the path that has led him into our lives. He lives in a lofty tower on Fifth Avenue in New York and literally and figuratively believes he is above all of us. Because he is a celebrity, he believes he can grab what he desires with no repercussions.
I was a bullied kid. I also have been bullied as an adult. I know a bully when I see one!
As much as he and his campaign might like to believe it—and in fact tried to promote it—no one tried to assassinate Donald Trump over the weekend. At a rally in Reno, Nevada, on Saturday there was a scuffle in the crowd while Trump spoke; Secret Service agents rushed the candidate at the podium and hustled him off stage. 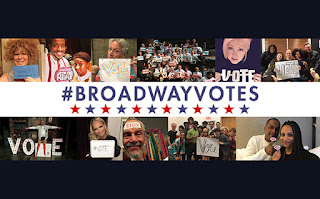 He returned a short time later. A few minutes after, his social media director Dan Scavino tweeted that the nominee survived an assassination attempt.
Donald Trump is a master of manipulating the media. When he doesn't get his way, through an impromptu radio or TV call in (would you turn that call if you are looking for ratings?) or a Tweet (mostly at 3AM) or a rally, he would hijack another news cycle. He used this to his advantage over the past year and a half. Hillary Clinton did not get nearly that coverage unless 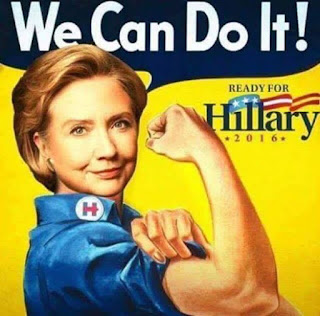 she was once again being scrutinized or attacked. She has probably been investigated more than any TRUE criminal and at no time have they EVER found anything against her.

Over the course of this presidential campaign, Daily Kos Elections has logged 1,371 state-level presidential polls into our database. All signs point to a Hillary Clinton victory. I've been checking constantly and turnout is incredible.
There are questions as to whether or not Donald Trump will offer a concession speech if he loses. I can tell you this much based on who he is. He will do whatever he thinks he can to grab the spotlight for himself.
My request to the media: IF he loses, focus on Hillary ONLY! This is HER moment. Please do not rob her of this. Do not give him ANY media coverage. He has a disdain for all of us/you anyway.
In 2006, Donald Trump made plans to purchase the Menie Estate, near Aberdeen, Scotland, aiming to convert the dunes and grassland into a luxury golf resort. He and the estate’s owner, Tom Griffin, sat down to discuss the transaction at the Cock & Bull restaurant. Griffin recalls that Trump was a hard-nosed negotiator, reluctant to give in on even the tiniest details. But, as Michael D’Antonio writes in his recent biography of Trump, Never Enough, Griffin’s most vivid recollection of the evening pertains to the theatrics. MORE. 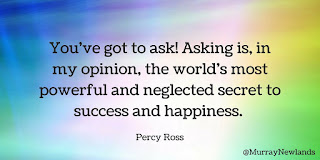 It was as if the golden-haired guest sitting across the table were an actor playing a part on the London stage. Read
Who the hell cares what Trump does after he loses. The only damage he will do is to the future of the Republican party.
I'll be happy to never hear the word "rigged" again. It's the cry of a loser who can't accept that a woman can beat him.

This powerful editorial about the election was published by the New York Daily News, DonaldMORE 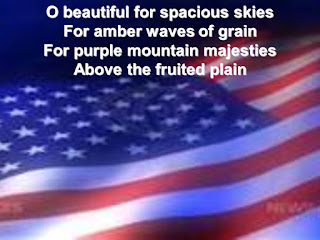 Trump’s hometown tabloid. The editorial appeared before Comey injected his explosive news into the election. The Daily News reacted to Comey’s statement with a call for him to be fired for meddling in the election. Then on November 1, the News published a front-page editorial titled: “Damn Right We’re With Her.” Read

IF he wins, God help us. I don't think I can take four years of what we ALL have experienced over the past fifteen months.

How far we have sunk. Donald J. Trump, check this out: On this date in 1960 – John F. Kennedy defeated Richard Nixon in one of the closest presidential elections of the 20th century to become the 35th president of the United States.
Also, Here is an edited version of Richard Nixon's concession speech after losing the race for Governor of California two years later: "I appreciate the press coverage in this campaign. I think each of you covered it the way you saw it. You had to write it in the way according to your belief on how it would go. I don't believe publishers should tell reporters to write one way or another. I want them all to be free. I don't believe the F.C.C. [Federal Communications Commission] or anybody else should silence [word lost in transmission].
I have no complaints about the press coverage. I think each of you was writing it as you believed it.
I congratulate Governor Brown, as Herb Klein has already indicated, for his victory. He has, I think, the greatest honor and the greatest responsibility of uh any Governor 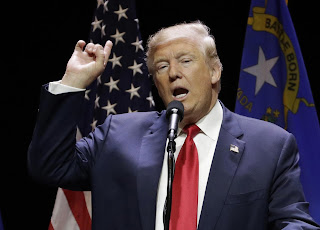 in the United States.
And if he has this honor and this responsibility, I think that he will now have certainly a position of tremendous interest for America and as well as for the people of California.
I wish him well. I wish him well not only from the personal standpoint, because there were never on my part any personal considerations."
It’s cliché to say, but it’s 100% true: Your voice matters.
Throughout this blog, I am posting Facebook comments, Tweets,  and news items as they appeared in my feed today. No names are mentioned. If you see YOUR comments here and would like your name attached, PLEASE let me 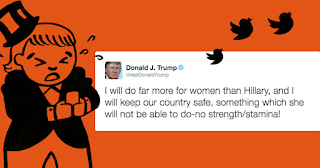 know.
Facebook comment:
Even if there is ONE THING that anyone can agree with politically, it doesn't matter because this man is so off the charts NUTS that anyone with half a wit would know that they must not let this man into office. This is so far beyond Republican and Democrat and so far beyond the issues. He is campaigning to be Dictator and his entire campaign has been to obtain followers for his mission. And he isn't going to walk away quietly even if he loses, because BELIEVE it...he is on a 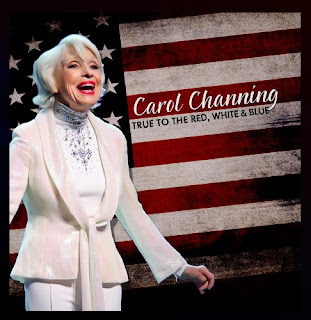 MISSION!! We all must come together to achieve one goal...to save AMERICA from certain disaster which in turn will be a disaster for many other countries. Don't waste any time contemplating any reason why anyone would vote for Trump because you KNOW there is no reason good enough.
Melania's husband has spent his entire life bullying EVERYONE that doesn't fit into his mold of what HE thinks they/we should be. He is setting an example for our kids. How can we ask our kids not to do what he has spent his entire campaign doing? It is blatant hypocrisy. THAT is where the outrage came from in her proposed platform as First Lady. 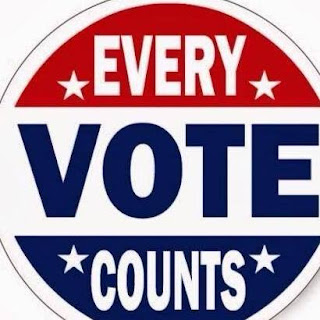 A friend sent me this:  1965 I was having lunch with my parents and Senator Jackson in the Senate dining room. VP Humphrey came over to say hello. I had asked Senator Henry ' Scoop" Jackson and VP Hubert Humphrey why Senator Margaret Chase Smith wasn't asked to run as a VP choice?  Was it because she was a woman?  They said yes, the country was not ready for a woman leader at that time.   We then  went back to VP Humphrey's office. He had me sit at his desk, see attached photo, and said maybe one day I would have his job.  It never came to pass for me but tonight, let us pray, Hillary does one better and wins the top job of POTUS!

Make America Great Again, Mr. Trump? The only way is for you to apologize for TRYING to make this the UN-United States of America! You will go down in history as the biggest blot on our nation's democracy!