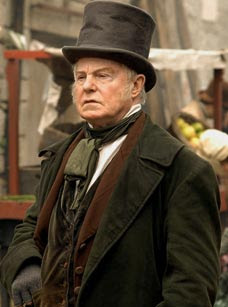 "It is not half so important to know as to feel."
-Rachel Carson, American biologist-ecologist (born this date in 1907, died 1964)

I hope this blog finds you well.

We made the un-official summer season is upon us again! After one of the longest and hardest winters in recent memory, it is welcome indeed. Yesterday, I was riding the bus into the city and I was noticing how lush and beautiful everything is. As I was enjoying how beautiful everything is, I couldn't help but think how tragic everything in the Midwest is. I can't imagine in my worst nightmares what those people are experiencing first hand. Take a moment today to think about the people of Joplin, Missouri and the rest of the Midwest.


As I wrote in an earlier blog this week, say "Yes"!. Roadblocks will come up from time to time. When these occur, are you able to put yourself in the other's shoes? Are they standing in the way of your bliss or are you standing in the way of theirs?
A wise woman once told me that she began every meeting by saying, "Either you're on my team or you're not. If you're not, please leave the room." Let that be your lesson for today, let's support each other! We've all had a lot of reminders lately of how short our lives can just be wiped out.

As I always do, I encourage you to go out and see a LIVE show. I'm going to write today about two events. One here on the east coast and one on the west coast.

THE ENSEMBLE THEATRE COMPANY OF NEW YORK (www.TETCNY.org ), a newly formed Equity nonprofit theatre company, is holding a series of fundraisers that I think you might be interested in. The first of which will be a meet and greet schedule for June 9th at 7.30p at The Riverside Church with Sir Derek Jacobi, who will be performing in KING LEAR at BAM later this spring.
Sir Derek George Jacobi, (born 22 October 1938) is an English actor and film director.
A "forceful, commanding stage presence", 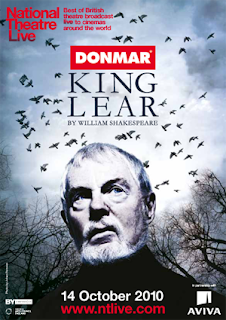 Jacobi has enjoyed a highly successful stage career, appearing in such stage productions as Hamlet,Uncle Vanya,and Oedipus the King.He received a Tony Award for his performance in Much Ado About Nothing. His stage work also includes playing notable historical figures such as Edward II,Octavius Caesar,Richard III of England,and Cyrano de Bergerac.
In addition to being a founder member of the Royal National Theatre and winning several prestigious theatre awards, Jacobi has also enjoyed a successful television career, appearing in the critically praised adaptation I, Claudius, for which he won a BAFTA; the titular role in the acclaimed medieval drama series Brother Cadfael,and Stanley Baldwin in The Gathering Storm. Though principally a stage actor, Jacobi has appeared in a number of films, such as Henry V (1989), Dead Again (1991), Gladiator (2000), Gosford Park (2001), The Golden Compass (2007), The King's Speech (2010), and the forthcoming Hippie Hippie Shake. Like Laurence Olivier, he holds two knighthoods, Danish and British.
Jacobi, an only child, was born in Leytonstone, London, England, the son of Daisy Gertrude (née Masters), a secretary who worked in a drapery store in Leyton High Road, and Alfred George Jacobi, who ran a sweet shop and was a tobacconist in Chingford. 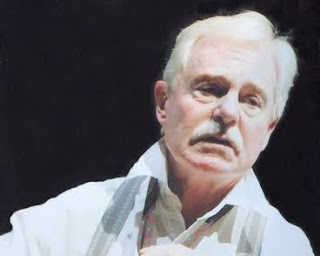 His great-grandfather emigrated to England from Germany during the 19th century.
His family was working class.Although a war baby, Jacobi claims a happy childhood. In his teens he went to the Leyton County High School and became an integral part of the drama club, The Players of Leyton.

This is about the youngest Ian McKellen (age 31 in '70) we can view.
He did have some parts in movies released in 1969.
McKellen's earliest film/TV credits are for some TV work in 1964 and '65 which I bet would be very difficult to locate and view now. 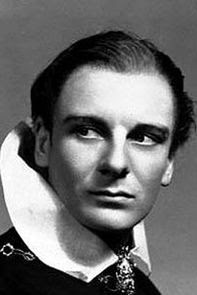 Directed by Deborah Warner for TV, 1997.

King Richard II, a history play by William Shakespeare, is called "The tragedy of King Richard the second" in the 1597 Quarto.
Richard II (6 January 1367 – c. 14 February 1400) was King of England, a member of the House of Plantagenet and the last of that house's main-line kings. He ruled from 1377 until he was deposed in 1399. Richard was a son of Edward, the Black Prince and was born during the reign of his grandfather, Edward III. At the age of four, Richard became second in line to the throne when his older brother Edward of Angoulême died, and heir apparent when his father died in 1376. With Edward III's death the following year, Richard succeeded to the throne at the age of ten. 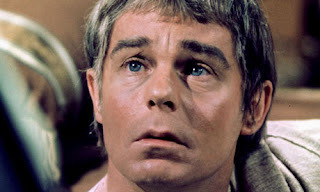 The Gathering Storm is a BBC-HBO co-produced television biographical film about Winston Churchill in the years just prior to World War II. The title of the film is the same as the title of the first volume of Churchill's largely autobiographical six-volume history of the war, which covered the period from 1919 to 10 May 1940, the day he became prime minister.
The film stars Albert Finney as Churchill and Vanessa Redgrave as his wife Clementine Churchill ("Clemmie"); Finney gained many accolades for his performance, winning both a BAFTA Award for Best Actor and an Emmy for Outstanding Lead Actor. The film also features a supporting cast of British actors such as Derek Jacobi, Ronnie Barker, Jim Broadbent, Tom Wilkinson, Celia Imrie, Linus Roache and Hugh Bonneville. Simon Williams and Edward Hardwicke both make brief appearances amongst the supporting cast. The film was directed by Richard Loncraine and written by Hugh Whitemore. Among the film's executive producers were Ridley Scott and Tony Scott.

Though principally a stage actor, Jacobi has appeared in a number of films, such as Henry V (1989), Dead Again (1991) 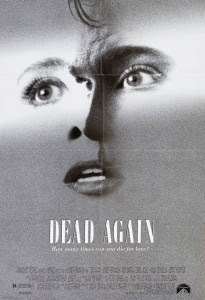 , The King's Speech (2010)The King's Speech is an epic British drama film, telling the true story of the man who became King George VI, the father of Queen Elizabeth II. After his brother abdicates, George ('Bertie') reluctantly assumes the throne. Plagued by a dreaded stutter and considered unfit to be king, Bertie engages the help of an unorthodox speech therapist named Lionel Logue. Through a set of unexpected techniques, and as a result of an unlikely friendship, Bertie is able to find his voice and boldly lead the country through war.
Like Laurence Olivier 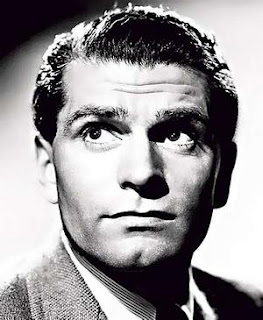 , he holds two knighthoods, Danish and British.
His insights will I am sure be of interest to any serious acting student or anyone with an interest in film or theatre.

As mentioned this event will be held on June 9th, starting at 7.30p. The ticket price is $35 for presale tickets and $45 at the door.
The second best known fragment from this play (after the "TO BE OR NOT TO BE"), Act 5 Scene 1.
(BAM’s “King Lear” – “The Kings Speech” and the soon to be released film “Anonymous”) – will be taking questions after a brief dialogue.

Advance tickets of $35 are available at www.tetcny.org
(tickets at the door are $45)

For additional questions please contact
Kevin G. Shinnick at 646.321.6407 or kgshinnick@tetcny.org
or
Christopher Clawson at 616.328.1404 or cclawson@tetcny.org 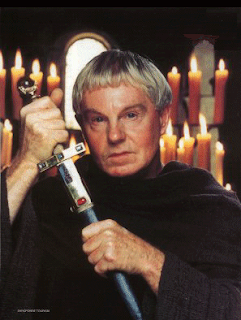 All proceeds go to benefit The Ensemble Theatre Company of New York www.tetcny.org

Mission Statement: To offer hands on experience and support to the next generation of theatre artists and audiences; to produce quality – intelligent theatre that will engage, inspire, entertain and challenge those fore mentioned with forgotten/retired theatrical productions; to celebrate the essential power of the theatre and an ensemble cast to illuminate our common humanity. 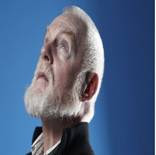 To read more about The Ensemble Theatre Company of New York and this event, please go to www.TETCNY.org . To advertise in this events program, contact CHRISTOPHER CLAWSON CClawson@tetcny.org All other inquiries please contact Kevin G Shinnick KGShinnick@tetcny.org

“Education is an admirable thing, but it is well to remember from time to time that nothing that is worth knowing can be taught.” - Oscar Wilde

It is the position of The Ensemble Theatre Company that learning must also come not only from education but also from experience. Their goal is to expose a new generation of artists and craftsman to the history of theatre while expanding their knowledge of their craft and contributing to their passion – offering them their first opportunity at professionalism. They will offer them, hands on experience with respected professionals in their particular craft.

“I regard the theatre as the greatest of all art forms, the most immediate way in which a human being can share with another the sense of what it is to be a human being.” - Oscar Wilde

Collaborating with area theatre institutions (NJ – NY – CT), to offer enrolled students the opportunity to further their education and theatre training, The Ensemble Theatre Company reaches out to college theatre programs, performing tech schools as well as area High Schools/Performing Arts High Schools to become members of their program. Having said that, their program is open to anyone over the age of 17 with a background in the theatre arts.

This experience gives the students the opportunity to learn first hand the essentials, not only planning a performance of this kind, but actually being part of quality work as well as learning the continued history of the theatre. Their main goal is to expose their interns/students to practical theatre, something more then that of on a college or community level. Their mission - to contribute to the development of their craft and training on an ongoing basis. Students will work along side professionals with a combined goal of furthering their education and putting on the best possible performance for the audiences of New York City.

In seeking to strengthen and sustain their programs, they are sking for your help. Won’t you Become a sponsor – become a supporter and donate to their cause? Simply go the their website and ask how YOU can get involved. We can all make a difference!

Your support means a lot. Together, with your support, you will bring the theatre community together as well as raise funds for these important and worthwhile programs. In addition, you can benefit by making your tax deductible donation.

For additional information please call 616.328.1404 or email christopher_clawson@yahoo.com
and they will be happy to assist you.

"The Ladies at Savanna" 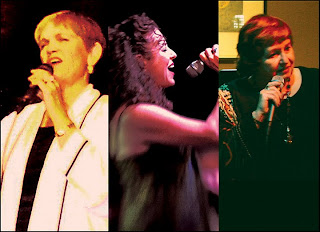 Savanna Jazz was just voted one of Downbeat Magazine's 2011
Top 150 Great Jazz Venues in the world.
Join us for good food, libations and fabulous music!
www.savannajazz.com

“Carlson's gently swinging way...carries with it conviction and displays with abundance a talent for
conveying the inner message of the lyric in a
bedroom-warm contralto.”

W. Royal Stokes JAZZ TIMES
inda Kosut performs "Summer In the City" with Norman Curtis at the piano, Max Perkoff on trombone, Tom Hubbard, bass and Scott Latzky, drums in NYC, June 1, 2007. Norman co-wrote this song with Oscar Brown Jr.
GO SEE A LIVE SHOW TONIGHT!
Become A Facebook friend of mine!
Follow me on Twitter
If you've seen one of my appearances/shows, add your thoughts to my guestbook at www.RichardSkipper.com

Tomorrow's blog will be about Horace Vandergelder!

Posted by RichardSkipper at 7:40 AM