Random thoughts on staying in the business, Julie Sheppard, and Randall Wrigitt

"The Nicest place to be is in someone's Thoughts" ... 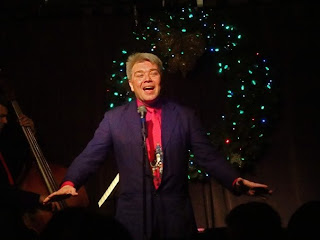 I am often asked where I find the time to do as much as I do. My response? I make the time! I am disciplined and focused in terms of what I need/desire to accomplish. AND I LOVE doing for others. When I got up to begin my blog this morning, I saw this comment from yesterday's blog:
Richard thank you for writing this wonderful and insightful blog. Just before I read this, I was writing in my journal about gratitude for the blessings in my life which have come from doing celebrity impersonations and even asked for a"sign" from above re: my career and here it is your wonderful email. You are an angel of inspiration! Much love to you! ~ Michele Marzano 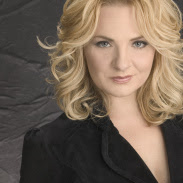 I hope you don't mind my including this in my blog so that I can address this. THIS is a tough BUSINESS. I wouldn't change my life for all the money in the world. I also would not recommend it to anyone unless you feel like you would die if you could not do it! I know that sounds extreme but we don't have the luxury of those who choose other professions. I never feel that MOST of us in our profession choose our careers, I think they choose us. When I left South Carolina in '79 at the age of eighteen to pursue a career as an actor, I never dreamed and/or imagined that most of my life would be spent performing as Carol Channing! I wrote a few weeks ago about David Friedman's book, THE THOUGHT EXCHANGE: OVERCOMING OUR RESISTANCE TO LIVING A SENSATIONAL LIFE As David writes in his book, " With the recent mainstream popularity of THE SECRET and so many other wonderful books and seminars on New Thought, people are, more than ever, thinking that all you have to do is think a thought and whatever you want will appear." This book does NOT follow that philosophy! David began writing this book because, in his own life and in his teaching, he had stumbled upon a way of working with new thought that was producing amazing results in helping people to manifest what we desire to see in our lives. I promise you , THE THOUGHT EXCHANGEwill not drop you, but will give you the tools to move through to a real and TRUE matery of healing and manifestation.
Look in the mirror.


Michelle, order this book. I truly believe you are exactly where you need to be right now.
The day you STOP caring, is the day you leave the profession. But get back in touch with WHY you got into this business in the first place! 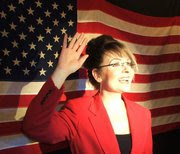 (Michelle Marzano as Sarah Palin)"Hello my fellow Americans! Join Michelle tonight in NYC for the CELEBRITY LOOKALIKE PARTY tonight May 19th 10pm at Club-One-Oak hosted by "DeNiro" Joe Manuella!Free admission til 12am. I hear that Donna Maxon is going to be there as Bette Midler!

Go mingle with the stars tonight, or the next best thing.

I started writing this week about my friends in the celebrity tribute artist industry.
It started when I received a press release for Randy Roberts who will be at Bob Egan's New Hope on May 28th. Again, I stress DON'T MISS THIS SHOW!

I wanted to write today about one of my favorites: Julie Sheppard as Judy Garland. 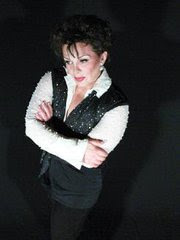 I first saw Julie in, I think 1985, at DON'T TELL MAMA in “Julie Julie Julie”(Winner of 5 MAC Awards). It was one of the most brilliantly conceived cabaret shows I have ever seen, then or since. The title of the show was a play on the famous Judy Garland 1961 Carnegie Hall poster. My friend, John Fricke (pictured) 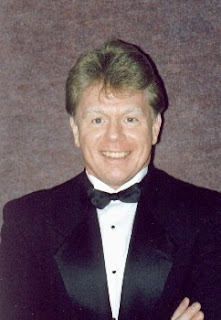 , Judy Garland historian, invited me as his guest. From the moment you entered THE cabaret room at Don't Tell Mama (there was only one cabaret room at that time, a time I miss!), you were entering a cabaret room circa 1961. Ricky Ritzel was at the piano playing and then there were a few trivia questions to engage the audience. Then he said our next question will be a little trickier. The next song was sung in three movies. And he began to play "Singin' In The Rain" Well, naturally everyone say's Singin' In The Rain! 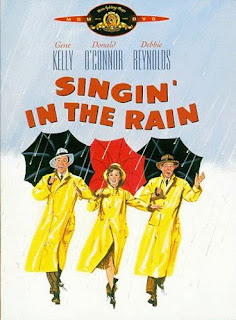 " Yes! But it was first sung in...Hollywood Review of 1929
Singin’ in the Rain m. Nacio Herb Brown, w. Arthur Freed(pictured) 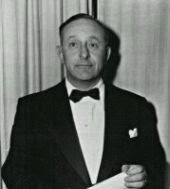 was published in 1929. However, it is unclear exactly when the song was written with some claiming that the song was written and performed as early as 1927. It became a hit and was recorded by a number of artists, notably Cliff Edwards, who also performed the number in the early musical sound film The Hollywood Revue of 1929 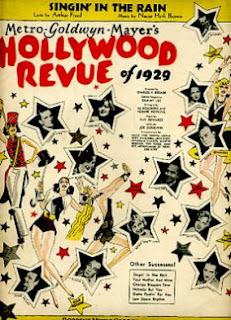 .
It was also performed on film by Jimmy Durante (in 1932′s Speak Easily) 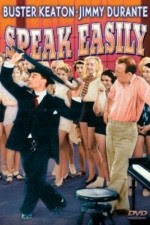 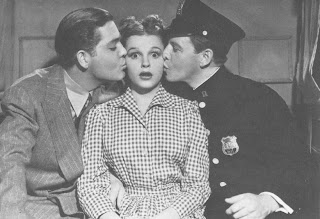 She repeats this a few times before she gets Ricky's attention.
She slowly starts making her way to the stage. She is wearing a fur coat and smoking a cigarette. As she makes her way to the stage, you realize it is Judy Garland. After all, this is 1961! She is in town to appear at Carnegie Hall. At no time, is the name Judy Garland EVER uttered (even in her poster!), but there is no denying. I STILL feel that I saw Judy Garland! (I ended up seeing it 5 times during it's 8 month run!) It ran for eight months the first time around because Julie conceived her son that night!

Well, she had LOTS to celebrate! It was brilliant. As she sat down at the piano for what started out as an intimate conversation with a piano player, we were all drawn in. Then he asked her if she knew the opening verse from "Singin' in the rain" from Little Nellie Kelly: "Have you ever suffered that horrible thing of having your hostess ask you to sing? And just because you're so polite, you mumble through your teeth, 'Well, all right" And suddenly a densely gloom descends upon the entire room, and the whispering galley starts to ring with "With hold your hats, she's gonna sing..."
Ricky interrupts by asking, "Well is she?" Her response is, "You're tricky". And before you know it, we all are treated to a private intimate Judy Garland concert!
The tension was always that at any moment, she could disappear. It was a brilliant show and I wish that she would bring it back!
"She represents a sort of perfection of Garland...she magically becomes her." --Steve Allen

Julie worked with Steve Allen in Seymour Glick is Alive…at the King Cole Room/NYC
I auditioned for that show! I said to Steve Allen, that Jayne Meadows had sent me. He said, "I'' send you back when you finish!"
THE show was actually a joke, a play on words; somebody asked Steve, 'Have you seen ''Jacques Brel Is Alive and Well''?' and he answered, 'No, but I've seen ''Seymour Glick Is Alive but Sick.''

I was shocked yesterday to find out about the passing of Randall Wreghitt. I knew Randall and he was one of the nicest men I have ever met in this profession. He is in my data base and if I ever needed his time for career advice, he ALWAYS made the time for me. He would cross the room to say hello when we were at theatrical events together rather than being that person who just waved across the room. A real mensch. I called my friend Jana Robbins yesterday to talk. They worked very closely together. She said she was losing her friend, her partner, her mentor. I will tell you this, the theatrical community is going to feel this loss.
MIRACLE WORKER, INISHMORE Producer Randall L. Wreghitt Dies from Carbon Monoxide Poisoning
Broadway and off Broadway producer Randall L. Wreghitt has passed away, according to his production company website. A message posted on the homepage reads: Hello friends,

Our beloved Randall passed away early this morning. All arrangements are pending as of now and we will keep you posted.

Christine Ebersole sings "The Revolutionary Costume for Today" from the Scott Frankel/Michael Korie musical Grey Gardens, based on the 1975 documentary of the same name. She won a Tony for this performance. Randall was one of the producers of this.


Any emails can be directed to randallwreghittproductions@gmail.com

Wreghitt died from a recent run in with carbon monoxide poisoning. 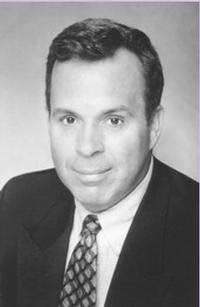 Once again, we are reminded of how cherished our lives are. Please sieze the day and don't put off doing good deeds for people today and/or telling someone you love them!
Rest in peace, Randall! You will not be forgotten!

I received this email yesterday and it touched my heart:
Mornin' Richard.

When Broadway Cares sent me an invitation to last week's private screening of Carol Channing: Larger than Life, I had no doubt that you'd be featured somewhere along the line in 30-foot by 50-foot splendor.

Well, the screen was quite a bit smaller than I expected. Nevertheless, congratulations are in order since you garnered more screen time than Tommy Tune and Chita Rivera.........combined.

I was a bit irritated, though, when the on-screen identifier referred to you as a Carol impersonator. Christopher Peterson impersonates. Alan Palmer impersonates. You......become, which, although it might be considered by some to be a subtle difference (I disagree), is what sets your portrayal apart from all the rest of the Carol wannabes and puts you in a class by yourself. And not intending to demean the performances of the others, I'm nonetheless always pleased to be able to tell people that I have seen more than one of your performances over the years

Hope all is well with you!

All you have to do today is bask in the LOVE and talent that surrounds you!

Tomorrow's blog will be YOU TELL ME...the first three suggestions I receive!

Posted by RichardSkipper at 7:59 AM