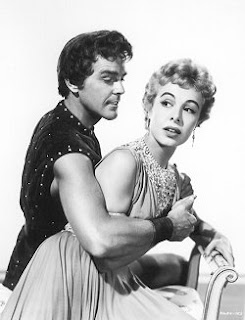 "If I can't make a showstopper out of 'Hello, Dolly!', then I better get out of the business."
Gower Champion to Marge Champion after hearing this song for the first time.

It was a gorgeous day here in  New York!

Very different from one week ago. 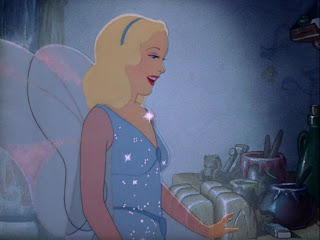 And don't forget, tonight, to turn back your clocks an hour before going to bed. If you follow my blogs, you know that I'm constantly turning the clocks back.
I want to go back completely to a time where show business was the business that I wanted to be this week.

This week in the news, the two big show business items were about Kim Kardashian's faux marriage
(I predicted that before she walked down the aisle) and Justin Bieber's alleged paternity situation. WHO CARES!?!?! I certainly don't and yet every time I turn on the TV, this is what I'm subjected to. I want to go back when artists were artists and honed their craft and we ALL were the better of it.

As you know, once again if you follow my blogs, next Saturday, I am hosting a panel at The Sheet Music Society to honor Jerry Herman, the man and his music. Has there ever been any scandal in that man's life? 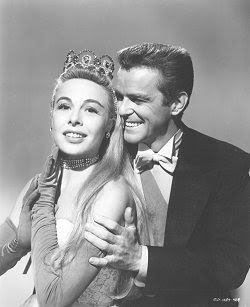 If there is, I know nothing about it. If I did know about it, it would not be part of what next week is. That's not who I am. I'm interested in his body of work. Thank God, there IS a Jerry Herman and thank God that I have an incredible panel of his colleagues and friends who gladly said yes to honoring him and CELEBRATING him next week.One of those people is my friend Marge Champion. Marge was married to Gower at the time that Hello, Dolly! was being created.

Of course, the two had had a highly successful Hollywood career. And Gower had garnered equal success as the director choreographer of Bye, Bye Birdie and Carnival and other shows. One night during the early stages of the show, they had a dinner party in which Jerry Herman sat down and played the score that he had completed up to that time saving "Hello, Dolly" for the last. Jerry played it over and over again.
First singing it himself and then Gower and Marge joined in and then their son and then everyone in the room. Everyone left the party that night with that song stuck in their heads.
Once their two year old started singing the song, they knew that if a two year old was singing the song they had a hit!
According to "Before The Parade Passes By", by John Anthony Gilvey, "Marge said that Gower's style was almost like arrested movement, like snapshots. Gower was a camera person: he always had a still camera 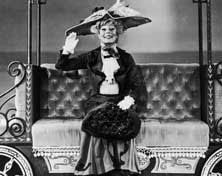 The number "Dancing" also illustrates this point.
He wanted to make an opening number that would not only introduce Dolly and her meddling, but also give the feeling of New York at that period, and what better way to do it but in snapshots."
Once Cornelius and Barnaby have mastered the basic steps, the boys become so enthralled  that they sing, " Now that we're dancing, who cares if we ever stop!"  Like the song's lyrics, the choreography expressed the character's desire to dance unceasingly.
Structured in the manner of a classic ballet, with various movements or sections used to show the adventures of each character, "Dancing" begins in Mrs. Molloy's Hat Shop, where Dolly instructs the clerks and milliners in the basics of the waltz as the walls of the shop give way to the street, where dancers stroll by in pairs, trios, and small groups, each in pursuit of an adventure that erupts not in an abrupt episodic manner, but in flowing movements using tap, bits of soft shoe, and exuberant kicks. 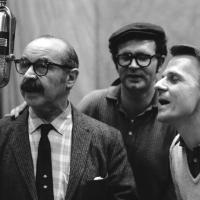 They didn't stop even for a little bit of dialogue. "Put your right hand here and your left hand here."
Marge Champion (born September 2, 1919) is an American dancer, choreographer, and pedagogue.
In addition, she also worked in film and appeared in a number of television variety shows.
Marge was also responsible for replacing Carol's slouch look which worked so perfectly for Lorelei Lee to stand with authority as Dolly Levi.

Champion was born Marjorie Celeste Belcher in Los Angeles, California to Hollywood dance director Ernest Belcher and Gladys Lee Baskette.
She began dancing while very young and became a ballet instructor at her father's studio at age twelve.
She was hired as a teen by Disney as a dance model for their film, Snow White And The Seven Dwarfs. They copied her movements to enhance the realism of Snow White's movement.

She later modeled for the Blue Fairy in Pinocchio and the Dancing Hippo in Fantasia.

She became a Hollywood Legend with second husband Gower Champion (1921–1980) as an accomplished dancing team during MGM's Golden Age of the 1940s and 50s. MGM wanted them to remake Fred Astaire and Ginger Rogers (who succeeded Carol in Hello, Dolly!) films, but only one, Roberta (1935), remade as Lovely to Look At (1952), was completed. The couple refused to remake any of the others, the rights to which were still owned by RKO.
Marge and Gower appeared in many successful films for MGM, such as the 1951 version of Show Boat and their own starring vehicle, Everything I Have Is Yours.

During the summer of 1957, they had their own TV series, a sitcom with song and dance numbers: The Marge and Gower Champion Show. Marge played a dancer, Gower a choreographer, and Buddy Rich a fictional drummer named Cozy.
Marge and Gower Champion have often been referred to as the Vernon and Irene Castle of the 1950s. They were an immensely popular husband-and-wife dance team, creating some of the most memorable dance scenes in movie musicals of the 1950s.
r dance numbers were not only visually stunning, but they were ground-breaking for telling a story that fit into the plot of the film.
Champion first married Art Babbitt (1907–1992), a Walt Disney's top animator. She married Gower Champion in 1947.
They divorced in 1973 and had two sons, Blake and actor Gregg Champion. 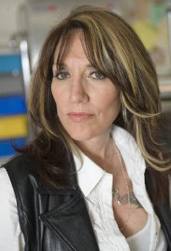 Her third marriage was to Boris Sagal, father of actress Katey Sagal, on January 1, 1977 until his death on May 22, 1981. She is the half-sister of actress Lina Basquette.
In the 1970s Champion, actress Marilee Zdenek, and choreographer John West were part of a team at Bel Aire Presbyterian church that created several creative worship services, later offering workshops and related liturgical arts programs throughout the country. She and Zdenek co-authored two books, Catch the New Wind (1972; Word Books, ASIN: B00005VJEH) and God is A Verb (1976; Word Books, ASIN: B000IOCVXW) related to this work. In the summer of 1972, John West founded the Valyermo Dancers, "a dance-theatre company" with a mission to preserve and translate biblical stories into contemporary dance.
Since "retiring", Marge Champion works as a dance teacher and choreographer in New York City.
In 1982, she made a rare television acting appearance on the dramatic series Fame, playing a ballet teacher with a prejudice against African-American dance students. In 2001 she appeared as Emily Whitman in a Broadway revival of Follies.
Champion was inducted into the National Museum of Dance CV Whitney Hall of Fame in 2009.
Meet Marge Champion in person next Saturday as we celebrate Jerry Herman! 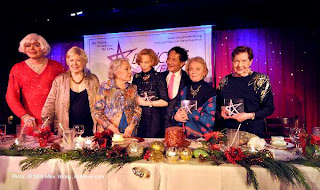 WIKIPEDIA IS THE MAIN SOURCE OF THIS BLOG TODAY.

NO COPY WRITE INFRINGEMENT INTENDED
And Events I Highly Recommend!

Linda Amiel Burns personally conducts each workshop. THE SINGING EXPERIENCE in its 34th season, (established 1977) was started to give aspiring cabaret and musical theater performers the opportunity to explore their talents, conquer fear, and develop self-confidence by learning the "tools of the trade" through great coaching and actually performing before audiences in a supportive, nurturing and non-competitive environment.

For Registration and information call 212 315 3500 or email Linda@SingingExperience.com. 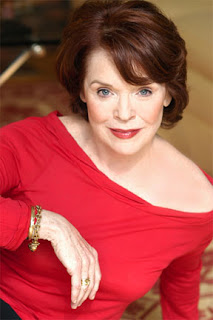 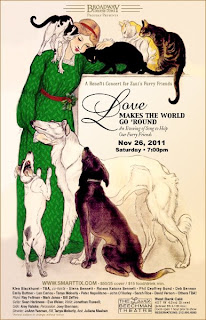 I am hosting and my guests are Klea Blackhurst, Ken Bloom, Marge Champion, Amber Edwards (Words and Music, the award winning documentary on Jerry Herman), Sondra Lee (Hello Dolly!'s original Minnie Faye), Miles Phillips, Donald Pippin, Lee Roy Reams with John Fischer on piano.
Thank you for joining me on these nostalgic journeys!
I've added a new aspect to my blog.. I am now answering a question on video that YOU send to me. You can ask me ANYTHING and I will answer your question on video within my blog.
Send your questions to
Richard@RichardSkipper.com 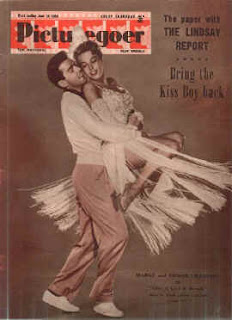 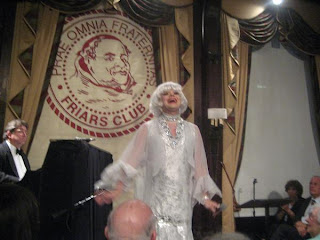 
Tomorrow's blog will be A CELEBRATION OF SONDRA LEE!
I'm open to suggestions! 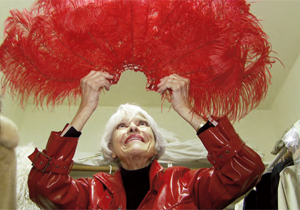 Please contribute to the DR. CAROL CHANNING  AND HARRY KULLIJIAN FOUNDATION FOR THE ARTS

Posted by RichardSkipper at 11:46 PM

Email ThisBlogThis!Share to TwitterShare to FacebookShare to Pinterest
Labels: "Hello Dolly", Everything I Have Is Yours, Ginger Rogers, Gower Champion, Justin Bieber, Lovely To Look At, Marge Champion, Roberta, the summer of 1957, their own TV series