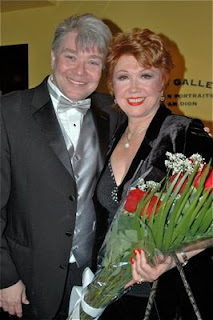 "There are two reasons why I am in show business and I am standing on both of them."
-Betty Grable


Happy Wednesday!
Today is Donna McKechnie's birthday. I'm confessing to the world my love for her. In 1975, I heard Donna for the first time. We had summer neighbors. Mike and Marian Cocchiaro. They were from Maryland. When Miss Marion (as we called her)'s Uncle Floyd died, she bought the house next door as a summer get away for her family and friends.
She always showed up sometime after Memorial Day and stayed till after Labor Day.
I used to count the days till she arrived.
I could talk openly with her about most subjects.
And she shared the same passion I did with show business. It is 1975 and I am 14 years old. Miss Marion arrived and said, "Ricky, I just got the album for A Chorus Line. After I unpack, come over, I'll make some ice tea and we'll listen to it." I couldn't wait! When she called me and asked me to come over. I flew there! We sat down to listen. The opening starts. It captured the excitement of what I imagined a New York audition to be. During the opening montage, one of the characters sings the "S" word. Miss Marion, sipping her ice tea, does a perfect spit take. By the time, "T" and "A" came on, i thought she was going to have a heart attack! She said we can't listen to this! I begged her. She said "Never tell your parents!" Boy how times have changed.
She allowed me to listen to the rest!
From that time on, every time I went over, I wanted to listen to two tracks.
The "One" finale and "The Music And The Mirror".
Who is this Donna McKechnie anyway? WOW!

Move ahead to 2001.
I am now 40, I have been in New York 22 years by this point. 9/11 had happened and in November, Margot Astrachan and The St. George Society produced a benefit for the families of the British victims. It was hosted by Tony Roberts and a cast that consisted of Hayley Mills, John Wallowitch, myself...and Donna McKechnie!

It was a sad occasion, obviously, and the wounds were still very recent. But we were there to TRY and make people forget their pain for a couple of hours. It was a thrill to meet Donna McKechnie! This woman that I listened to over and over from A Chorus Line!
We laughed about the fact that our photos in the program were very similar! 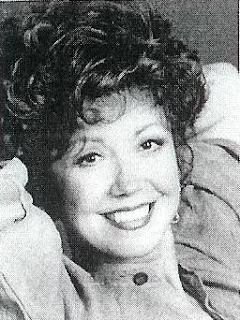 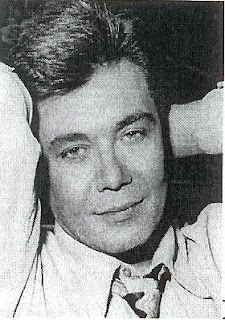 Several years later, she was performing her one woman show, MY MUSICAL COMEDY LIFE, which received unanimous raves from New York theater critics, won a MAC AWARD NOMINATION for Best Female Singer and the BACKSTAGE BISTRO AWARD for Outstanding Major Engagement. Donna's full-length auto-biographical theatrical show, INSIDE THE MUSIC (with text by Christopher Durang) captives audiences wherever it is performed. I have had the pleasure of seeing both several times. Donna enjoyed one of her greatest triumphs as Sally in the acclaimed revival of FOLLIES in the spring of 1998.

Which I saw and loved at The Papermill Playhouse. I saw her perform as Joann in Company at The Helen Hayes Theatre in Nyack. And I saw her at Goodspeed Opera House East Haddam in Mack and Mabel in 2004. I produced the Bistro Awards last year and I was thrilled when she agreed to present to Elaine Stritch (for Continuing Excellence in Cabaret). They had appeared together in the original production iof Broadway. Again, I love you, Donna, and this is for you! 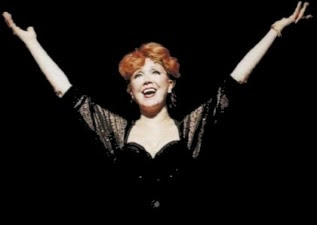 Tony Award-winning star of A CHORUS LINE, Ms. McKechnie is regarded internationally as one of Broadway's foremost dancing and singing stars.

A Chorus Line is a 1975 musical about Broadway dancers auditioning for spots on a chorus line. The book was authored by James Kirkwood, Jr. and Nicholas Dante, lyrics were written by Edward Kleban, and music was composed by Marvin Hamlisch.
With nineteen main characters, it is set on the bare stage of a Broadway Theatre during an audition for a musical. The show provides a glimpse into the personalities of the performers and the choreographer as they describe the events that have shaped their lives and their decisions to become dancers.
The original Broadway production, directed and choreographed by Buffalo, NY native Michael Bennett, was an unprecedented box office and critical hit, receiving 12 Tony Award nominations and winning nine of them, in addition to the 1976 Pulitzer Prize for Drama. 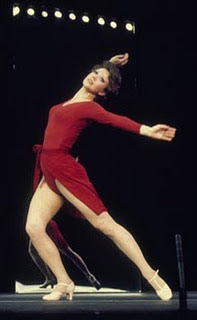 It ran for 6,137 performances, becoming the longest-running production in Broadway history until surpassed by Cats in 1997, and the longest-running Broadway musical originally produced in the United States, until surpassed in 2011 by Chicago. It remains the fifth longest- running Broadway show ever. The show has enjoyed many successful productions worldwide and was revived on Broadway in 2006.
The musical was formed from several taped workshop sessions with Broadway dancers, known as "gypsies," including eight who eventually appeared in the original cast.

The sessions were originally hosted by dancers Michon Peacock and Tony Stevens. The first taped session occurred at the Nickolaus Exercise Center on January 26, 1974. They hoped that they would form a professional dance company to make workshops for Broadway dancers.
Michael Bennett was invited to join the group primarily as an observer, but quickly took control of the proceedings.
Although Bennett’s involvement has been challenged, there has been no question about Kirkwood and Dante’s authorship. In later years, his claim that A Chorus Line had been his brainchild resulted in not only hard feelings but a number of lawsuits as well.
During the workshop sessions, random characters would be chosen at the end for the chorus jobs, resulting in genuine surprise among the cast.
Subsequent productions, however, have the same set of characters winning the slots.
Marvin Hamlisch, who co-wrote "A Chorus Line's" winning score, recalls how in its first previews, audiences seemed put off by something in the story. Actress Marsha Mason told Bennett that Cassie (Donna McKechnie), because she did everything right, should win the part and not lose. Bennett changed it so that Cassie would win the part.
A Chorus Line opened Off Broadway at The Public Theater on April 15, 1975.
At the time, the Public did not have enough money to finance the production.
They borrowed $1.6 million in order to produce the show.
The show was directed and co-choreographed (with Bob Avian) by Bennett.
Advance word had created such a demand for tickets that the entire run sold out immediately. Producer Joseph Papp moved the production to Broadway, and on July 25, 1975 it opened at the Shubert Theatre, where it ran for 6,137 performances until April 28, 1990.
In 1976, many of the original cast went on to perform in the Los Angeles production. Open roles were recast and the play was again reviewed as the "New" New York Company which included Ann Reinking, Sandahl Bergman, Christopher Chadman, Justin Ross (who would go on to appear in the film), and Barbara Luna.
When it closed, A Chorus Line was the longest running show in Broadway history until its record was surpassed by Cats in 1997 and Les Misérables and The Phantom of the Opera in 2002.
On September 29, 1983, Bennett and 330 A Chorus Line veterans came together to produce a show to celebrate the musical becoming the longest-running show in Broadway history.
A Chorus Line generated $277 million USD in revenue and had 6.5 million Broadway attendees.
Since its inception, the show's many worldwide productions, both professional and amateur, have been a major source of income for The Public Theater.
By 1991, four of the five original creators had died; Bennett, Kirkwood, and Dante from complications of AIDS-related diseases, and Kleban from cancer.

Some of Donna's other Broadway credits include: HOW TO SUCCEED IN BUSINESS WITHOUT REALLY TRYING; A FUNNY THING HAPPENED ON THE WAY TO THE FORUM (national tour); THE EDUCATION OF HYMAN KAPLAN; SONDHEIM - A MUSICAL TRIBUTE (which she also choreographed); ON THE TOWN; PROMISES, PROMISES; COMPANY and STATE FAIR for which she received the Fred Astaire Award for Best Female Dancer for the 1995-1996 season.

She also starred in dozens of regional theatre productions including Cole Porter's YOU NEVER KNOW at the Pasadena Playhouse, I DO! I DO!, MISALLIANCE, THE GOODBYE GIRL and GYPSY. Ms. McKechnie played the lead in Bob Fosse's last production, a national tour of SWEET CHARITY, for which she was nominated for a Helen Hayes Award.
In 2001, Donna received a nomination for an OVATION AWARD for Best Featured Actress (MACK and MABEL) from the LA Theater Alliance League.

At the age of six, Donna saw the movie The Red Shoes. It was then that she decided she was going to be a ballerina.

Donna started taking dance classes at the age of five. When she was seventeen she moved to New York City, against her parent's wishes.

Donna played the title character in the Sweet Charity revival, which was Bob Fosse's last successful musical venture, since he died shortly before it opened. 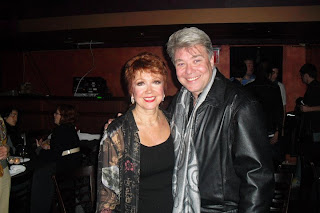 She met her future husband Michael Bennett while they were dancing together on the television show Hullabaloo. 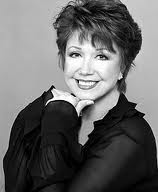 I received the following from Bart Greenberg:


My late husband, James "Jimmy" Rilley and Donna were very good friends dating back to the COMPANY days. One night, at a party, to Donna's great delight, Jimmy got up at a party (all 275 pounds of his Irish bear body) and to the accompaniment of the original cast recording, performed "Tick, Tock", Donna's showstopping dance solo from the show. When A CHORUS LINE opened, Donna sent him a photo of herself mid-step for "Music and the Mirror". Written on her leg was the message, "I can't wait to see what you do with this one."
More importantly, when Jimmy suffered a massive stroke and was in the hospital being told by the doctors that he would never walk again, Donna called to encourage him and remind him of her own battle to walk again. "If I can do it, you can do it!" she told him. That meant so much to his recovery.
Bart 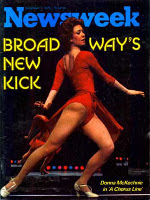 Happy Birthday, Donna! I LOVE YOU!

WIKIPEDIA and my interview with Sam Irvin are THE MAIN SOURCES OF THIS  BLOG. NO COPY WRITE INFRINGEMENT INTENDED.  FOR ENTERTAINMENT PURPOSES ONLY!
Please do what YOU can to be more aware that words and actions DO HURT...but they can also heal and help!

Thank you, to all the mentioned in this blog!
I love you ALL!! 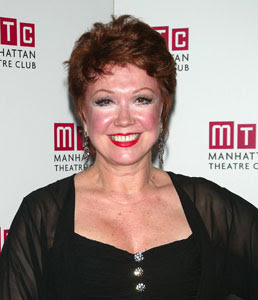 TILL TOMORROW...HERE'S TO AN ARTS FILLED WEEKEND!
Richard Skipper, Richard@RichardSkipper.com
Posted by RichardSkipper at 7:08 PM