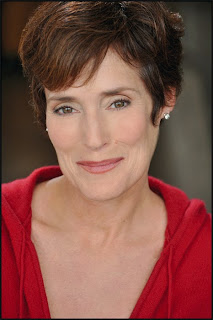 "Every man has his dignity. I'm willing to forget mine, but at my own discretion and not when someone else tells me to."
-Denis Diderot, French philosopher

Happy Sunday!
14 days till Christmas. Breathe, breathe, and then breathe some more. I've decided this year not to buy presents. I would rather spend money for material things on quality time with friends.
Have people over for dinner and good conversation. The house is all decorated! Seeing a good show. Really enjoying life. That is where I am right now. How many of you are rushing around shopping...adding stress that does NOT need to be there? If you are in New York, go see a LIVE show today! 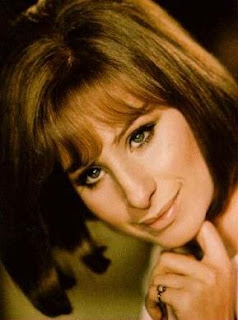 This is one of those days when I wish I could be in more than one place at once. Today I'm committed to Maureen Taylor (pictured here).
She is doing a tribute to Lauren Bacall. My blog tomorrow will be a follow-up. But around town, Edd Clark and Sue Matsuki's annual Christmas Show returns, Richard Holbrook has a brand new Christmas show which is garnering rave reviews, Lynn Stein is performing in a jazz show here in Rockland,  and Jim Speake and Kim Grogg: It Takes Two, Letters To Santa. On A Clear Day Opens On Broadway. NOT THE ONE WE KNOW! This is a revisal!
I hope everyone involved with that production knows what they are doing and prove the naysayers wrong!
How many of you are able to put your plans, lists, and schedules aside today and enjoy the pleasures of spontaneity and surprise? 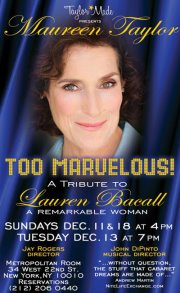 I'm getting a group together to go see Maureen's tribute to Lauren Bacall this afternoon at The Metropolitan Room at 4PM. Dinner afterward. If you would like to join us, please let me know!
" She was no ordinary girl then,just as today she is no ordinary woman. In fact,she is an extraordinary one!" -Joe Hyams


Lauren Bacall has presence,charisma,the force and the authority that only the richest life experience can convey.

In the words of Dick Cavett: "What a life! What a story! What a woman!" 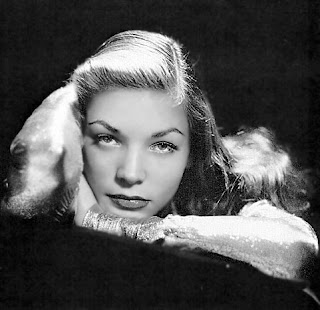 "without question,the stuff cabaret dreams are made of..."
-Andrew Martin 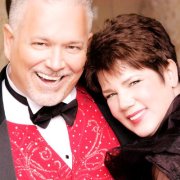 I Cannot believe it has been six years since I appeared in their first show!
It’s time to break out the hot toddies, hot chocolate, and Christmas cookies!


Sue will DEBUT a new puppet show "Christmas Angel" with an original song by Sue Matsuki and one of my musical directors Paul Stephan; puppet designed/built by Frankie Cordero!

Well!! Richard Holbrook's second performance of his show, RICHARD HOLBROOK: HOLIDAY MEMORIES, will be presented tonight at 8:30 P.M. also at Don't Tell Mama . Last Sunday's sold-out show was, according to press I've seen, incredible and Richard, along with The Tom Nelson Trio, are very much looking forward to seeing as many of you there as possible. For reservations, call Don't Tell Mama after 4PM at (212) 757-0788. REMEMBER: CASH ONLY!! NO CREDIT CARDS!! Tell him I sent you!

"If there is one word to describe the uniqueness of a cabaret performance by Richard Holbrook, the one word has to be “Class.”  Possessing a beautiful tenor voice, with great articulation of each word, Holbrook’s cabaret acts, including his acclaimed “Richard Sings Burton – The Songs of Burton Lane,” are skillfully structured and he has to be one of the best dressed performers in the business.

“Richard Holbrook:  Holiday Memories” at Don’t Tell Mama is an almost entirely new Christmas show, with many new and re-discovered songs with a Christmas or winter theme.  Once again, his first-rate musicians are the Tom Nelson Trio consisting of Nelson, music director and arranger, Tom Kirchmer, bassist, and Peter Grant, drummer, dressed in black jackets and ties, as was Holbrook.  Holbrook’s director of the slickly paced show was again Richard Barclay.  His sold-out house included Andrea Marcovicci (on her night off from her Algonquin show) and Eileen Fulton.

After an overture by the Tom Nelson Trio, Holbrook entered from the rear singing “It’s the Most Wonderful Time of the Year” (Eddie Pola & George Wyle).  When he got to center stage the tempo increased and he didn’t miss a beat or a word or, above all, a consonant.  He told us how much he loves Christmas in New York and introduced a wonderful new “list” song by Ronny White (present in audience) and Roger Schore, “It’s Always Christmas in New York.”  It’s a terrific song with lots of clever rhymes about the joy of being in New York City at any time, but as the title states, “it’s always Christmas in New York.”  Immediately after, he discussed his great friend and mentor the late Portia Nelson and does a great job on her “Confessions of a New Yorker (Hate-Love New York).” When Nelson wrote that song, she had already lost her beautiful soprano voice but Holbrook gave the song his full tenor strength and didn’t miss a joke!" Sandi Durell, Times Square Chronicles Review 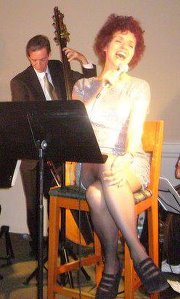 ROCA's Jazz Party.....
Please JoinLynn Stein at Rockland Center of the Arts for a Sunday afternoon of some of the hardest swinging jazz your likely to find anywhere. 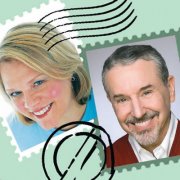 From Sondheim to Sedaka with a sprinkling of Santa 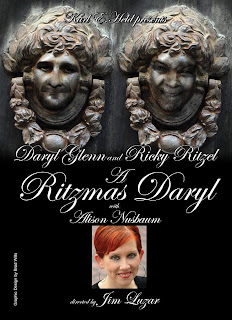 "Multiple cabaret award winners Ricky Ritzel and Daryl Glenn have joined forces to create a very special Christmas show, "A Ritzmas Daryl" featuring the songs from two musical versions of Charles Dickens' A Christmas Carol.  Joined by Alison Nusbaum...and skillfully directed by long-time Ritzel collaborator, Jim Luzar, the two scores are the Jule Styne-Bob Merrill score for the first original animated special "Mr. Magoo's Christmas Carol" (1962)... and Leslie Bricusse's score for the theatrical film "Scrooge" (1970). Not remembering the "Scrooge" score I had my doubts about the combination of the two scores when I first heard about it.  However, this is one of the most fun Christmas cabaret shows and should not be missed.  Applause to geniuses Ritzel, Glenn, Nusbaum and Luzar for this happy happy Holiday show.  Do yourself a treat and relieve yourself of the glooms by seeing one of the remaining performances."

And outside of New York,  Ahaml and the Night Visitors opens Tuesday and runs through the 22nd in Florida. Tickets are $27 for kids and $42 for adults...full buffet included. Check out out website...www.thegoldenapple.com 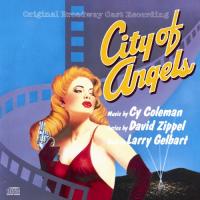 TODAY IN MUSICAL THEATRE HISTORY December 11, 1989 CITY OF ANGELS opens at the ANTA for a run of over two years.(Thank you, David Edwards, currently starring in Home For The Holidays at Westchester Broadway Theatre) 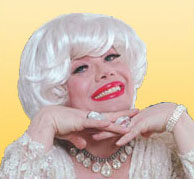 HERE ARE AUDIENCE COMMENTS FROM WWW.RICHARDSKIPPER.COM:


I attended Richard Skipper as "Carol Channing" in Concert at the request of Craig Dudley, a very close friend. I was very doubtful that I would like this. COMPLETELY WRONG! I was completely entranced and entertained by Richard Skipper's performance.
Now I don't know who the real "Carol" is!!! Dan Doyle, NYC
The purpose of the actor is to embody, re-create the image intended, to bring the audience into a new reality. This is what is happening at St. Luke's Theatre on 46th Street with Richard Skipper's CAROL CHANNING IN CONCERT. However I have to say Mr. Skipper goes beyond a new reality-he is Carol Channing!
CRAIG DUDLEY, NYC 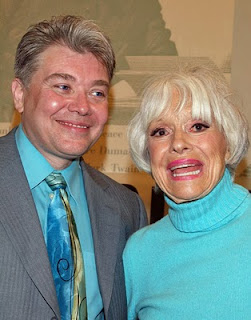 Richard Skipper IS Carol Channing. His talent both as a singer and Carol Channing interpreter makes the show a must see for the professional theater goer as well as entertainment seeking individual public.
He is the ultimate performer who understands his audience knows what they want and then delivers a product that they love. I highly recommend seeing this at least once if not more because no two shows are exactly alike. This is what makes Mr. Skipper a true brand original. Ms Channing should be deeply proud for such a beautiful tribute to this American treasure and icon. A must see! John Tantillo, The Marketing Doctor. 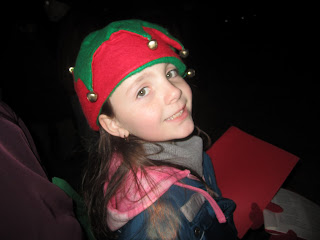 
Tomorrow's blog will be A FOLLOW-UP TO MAUREEN TAYLOR'S SHOW TODAY!
I'm open to suggestions! 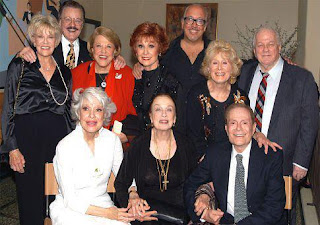 Posted by RichardSkipper at 2:25 PM