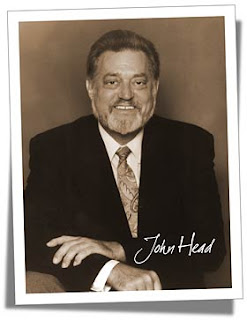 “John Head may well be the best thing that has ever happened to the symphonic ‘pops’ field in a long time... a fine instrumental soloist, an expert arranger, a seasoned conductor, a superb program builder and promoter and an engaging, witty platform personality... all this sells a lot of tickets to a lot of happy people - who come back.”
-the late Robert Shaw


John Head was the musical director of Theater of The Stars in Atlanta. It used to be Theater Under the Stars but Daylight Saving killed them and they had to go indoors.

John was also the MD at Artpark in Lewiston/Niagara Falls, New York. He was at Artpark for twenty years. Betty Grable starred in Dolly at Theater of the Stars under John’s musical direction and Mary Ellen Ashley had the same experience at Artpark. He is now retired. Thank God, both theaters are still very much in existence.
John was a fan of the musical before getting involved with the show. He likes all of Jerry Herman’s shows, especially this one. He told his wife that if there is any such thing as reincarnation, that he would love to come back as a female musical star and have Jerry Herman write all of “her” musicals! Can you imagine any greater scene in musical comedy than the one in the Harmonia Gardens where the frenzy builds to reveal Dolly Levi standing at the top of those stairs?
John was very impressed that Betty was very different from the stars they were used to getting in Summer Stock. Producers were coming up with some pretty outlandish casting choices.
Some of them are impossible because they don’t want any direction. They want to play themselves in a role. Betty Grable came in raring to go. She never played Betty Grable. She played Dolly Levi. John was very impressed with her. They didn’t have many personal conversations, but one does stand out. It had to do with Betty’s famous pin-up photo demurely looking back over her shoulder. John asked her about  the circumstances surrounding that. She told him that they didn’t want the G-I troops to know that she was pregnant.   Betty Grable was the most popular pinup girl of World War II and was particularly noted for her beautifully proportioned legs. She typified the girl-next-door, and honest, home-grown beauty and she became one of the most successful movie actresses of the 1940's becoming, at one time, the highest paid woman in the United States.

He also has had the pleasure of conducting Mary Ellen Ashley, who he says is a hands down better Dolly. He thinks she is the best Dolly he has ever seen.
He also saw Pearl Bailey as Dolly. Pearl Bailey played Pearl Bailey. It was a good production. He enjoyed it. He doesn’t feel that it captured the essence of Yonkers, New York in the early 1900s.
When Mary Ellen does a show, she BECOMES that character. When she plays Mrs. Lovitt, she becomes Mrs. Lovitt.

John met Mary Ellen when he was casting a production of George M in New York. John and his casting team had had a long day of cattle calls. The Equity deputy came in and said there was a lady outside the door who was not on the list but saw the call on the bulletin board downstairs and she wanted to come in and sing for them. There was a lull in the proceedings so John asked for her to be brought in. They were handed her resume. She came in with a perfect smile. He looked over her resume, she got up to sing I Get a Kick Out of You. She got into about four bars of music and he stopped her. The look on her face was as if she was going to charge the table.
It looked as if she thought, “You didn’t give me a chance to sing.” He could see that she was angry. He said, “I want to check these dates with you.” She said, “What dates?” He said, “The dates of George M. Are you available? I would like you to play the mother.”
She said, “I sang four bars.” He said, “They were terrific and you look the part.” She said, “How do you know I can tap dance?”

Her resume said she studied with Henry LeTang for seven years!
She had to be a great dancer! John actually read the resume and knew what he was reading! She often tells the story of the southern gentleman from Georgia with the thick southern accent that hired her in a way that she had never been hired before or since. She is one of the few people that John has worked with in theater that he has kept in personal touch with for thirty years. Thanks now to the internet that is even easier.
Several years after George M. John signed Mary Ellen to play Dolly at Artpark. John was particularly excited about that production. That had an offer out to Dennis Grimaldi to direct the show. John had wanted to work with Dennis for years, having heard so many wonderful things about him. Unfortunately, they were not able to get him. They still had the Harmonia Gardens, the duck walk…AND Mary Ellen Ashley. It was a rare moment afterward that Mary Ellen didn’t have another booking to go to, so they kept her for the next show. They were doing Carousel and she played the owner of the Carousel. She was only in the opening scene. She played it as if it was a huge role and she became THAT character.
John doesn’t think that it will be easy to find younger audiences for Dolly. IF you are able to get them in to see it, they will love it. Today’s time period is not conducive to pulling in a younger audience. Everybody knows the title song. That’s for sure. Even when they were at ArtPark, they were not attracting a younger audience. He thinks Loretta Switt, who has played Mame, would be a great Dolly. He thinks she still has a big enough name to sell tickets. 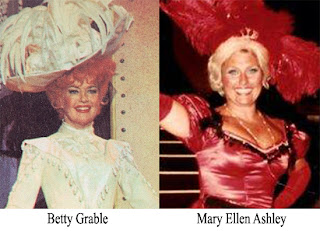 John absolutely believes that Dolly is among the top five shows he has conducted.  John believes that the title number always succeeds because of the way that scene is constructed. The scene starts out very innocently. Then it starts to build and build and build with those chorus guys and by the time they get to the point where they point up to reveal Dolly, there is a frenzy on stage that is contagious to the audience. It is heaven for a leading lady. Carole Cooke said an ape can make it work! Any actress who can’t make it work should get out of the business.
They played around with the music on occasion. Most of the producers that John has worked with want the show to go up at eight PM and go down at ten fifteen. They don’t want it to go past two and a half hours. Some shows, it’s absolutely impossible.
What do you cut out? He has had directors come to him and tell him that the show is running too long and that he has to cut something out. The choreographers don’t want to have anything cut that will affect the choreography. The singers don’t want any of their songs to be cut. 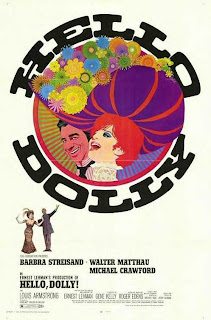 A friend of mine has written that Hello, Dolly! is interesting from a feminist’s point of view. The women from Thornton Wilder’s world believe that getting married will solve their futures. Irene Molloy states that she doesn’t desire to work any longer in the millinery business. Dolly believes that pairing off with Horace will be the end of her financial situation. It is interesting that the musical transcended the women’s lib movement of the day. Does John think of this when they see it? Do men pick up on this as well or is everyone just out to see light hearted fare? John feels that audiences just sit back and enjoy it.  This is not a sociological piece of theater! The same could be said of The Sound of Music.
People try to read too much into some shows. Go with an open mind. Listen to the singing. Watch the choreography. Watch the scenery and the set changes and the colored lights and all the magic of the theater. THAT’S what people should look for. John is scared to death of what is now happening with pit orchestra. They are turning into electronic synthesized sound.

John is totally disgusted with this idea of “virtual” philharmonics. He is surprised that the musician’s union hasn’t done anything about this. Obviously, there are musicians who go out and record these tracks which put other musicians out of work. It is another aspect that musicians have to come to grips with. In the forties, musicians were fighting for live gigs when most venues were turning over to recordings. Now, electronics have become so sophisticated that one guy can sit in a pit and run the entire show with pre-recorded music. 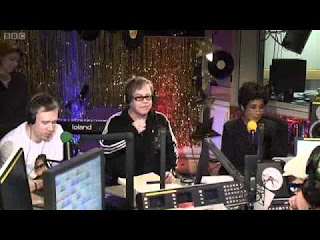 Vamps can be created, tempos can be sped up or slowed down, it’s very frightening how sophisticated electronics have become. John is not certain of the future of musicians in the theater.
What John has tried to do with every production that he has ever done, starting in 1969, is to be totally in the background and not draw attention to the orchestra at all and to give the person entertaining on stage, the complete ability to feel free to do what they desire to do musically. John’s job is to keep the orchestra with them and have the show run smoothly. He did the same thing when he conducted the ballet.
John continued to tweak after a show opened.
John has a memory that stands out above all others. That was the night that the train almost chugged its way into the pit. That was in Atlanta.  The train started in the wrong directions and the guys that were trying to veer it off stage on a raked stage and it was rolling very vicariously before they caught it.
John believes that Hello, Dolly! is one of the top five shows of the twentieth century. I don’t think anything in the twenty first century yet has come close to topping it. John considers it an absolute privilege to do this show not once, but twice. He loves the show and was blessed with great entertainers. Egos never got in the way of either production.

Thank you John Head for the gifts you have given to the world and will continue to give!

My next blog will be... Edd Clark and Sue Matsuki: It’s Them Again!

Posted by RichardSkipper at 9:54 PM

Email ThisBlogThis!Share to TwitterShare to FacebookShare to Pinterest
Labels: Artpark, Betty Grable, DOLLY, greater scene in musical comedy than the one in the Harmonia Gardens where the frenzy builds, HELLO, John Head, Mary Ellen Ashley, Robert Shaw, Theater of the Stars