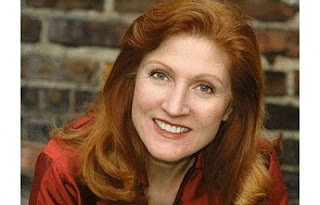 Linn Maxwell has performed on the stages of major orchestras, opera companies and recital halls across the United States and 25 foreign countries. She now brings her worldwide experience and classical training to the musical theater and cabaret stages. Linn has performed cabaret and one-woman shows in New York City and in March 2006 made her European cabaret debut at the International Theater, Frankfurt, Germany. The Frankfurter Rundschau said of her show, "Linn Maxwell captured the hope within the songs and revived a bygone era. . . Her performance was marked with a glowing perfection."
We sat down last month to discuss those things that make up Linn Maxwell. When I saw that she had a birthday looming, I decided to hold off and do this blog as a celebration for her birthday. 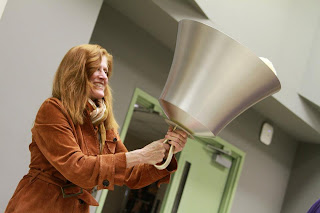 This is my gift. Today, I celebrate Linn Maxwell’s body of WORTH!
Linn was probably five or six years old the first time she appeared before an audience. It was around her birthday. She had to learn a song that she was going to sing the next day in church. Her father taught it to her and her mother played it on the piano. The next day, she got up and sang it. That’s what she thought people did. There was no fear.
As a young girl, Linn learned how to sing and went on to major in voice in college.
She got a Master’s degree in voice. She went to college because she desired to develop her technique. 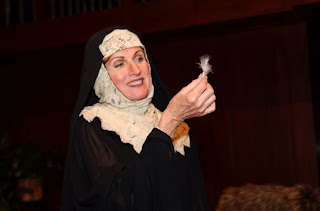 She felt that she wasn’t ready to go out into the world. After getting her Master’s, she moved to New York City. She continued to study. She didn’t feel that anything was happening for her in NYC, so she went to Germany. This was in the 1970s. Regional opera in this country was not what it is now. Now a days, everybody has an opera company.
There are now more opportunities to get cast. Then, those pursuing an operatic career went to Germany. Linn is glad she went. She loved it. She got a job in a German Opera House. She learned how to be an opera singer. She desired to do concerts and embarked on a concert career. She came back to the states, this time with management, and performed concerts with orchestras throughout the states and Canada. She also has entertained in Mexico and throughout Europe and had great fun.
The one person who has had the greatest impact on Linn’s life and career is a British mezzo soprano named Janet Baker.
She is actually Dame Janet Baker. She was so important that the Brits knighted her. Her voice, to Linn, was the epitome of the mezzo sound that she admired the most. There wasn’t anything false about it. There was nothing forced or uncomfortable. The choice of music she sang when she came to this country and gave recital tours also touched Linn who would go to her recitals in Washington DC. The next week Linn would be in New York and go see the same recitals there. She was, to Linn, so amazing. The choices of the songs and the way she put them together and the way she performed them made her a role model for Linn.
Linn did get the chance to congratulate her backstage after one of her performances years ago in London. Recently, Linn was the president of the Lotte Lehmann Foundation in New York City.  The Lotte Lehmann Foundation supports emerging singers and composers of vocal music by (1.) administering a bi-annual vocal performance competition, (2.) funding the bi-annual Lotte Lehmann Foundation-ASCAP Art Song Composition Competition, and (3.) producing master classes for singers. 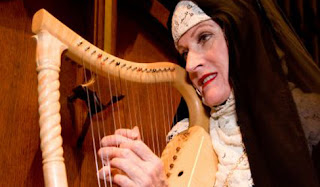 Every year they give an award to an outstanding person and one year Dame Janet Baker was given the World of Song Award. She was very gracious when they wrote to her to tell her they were bestowing this upon her. Lotte Lehman was a very famous singer in her own right. She was Viennese. At the time of the awards, Dame Janet Baker was eighty-five and still living in London. The award was sent to her.
Linn is easily entertained. She doesn’t watch television. She finds that it drains her mental capacities. She listens to the radio a lot.
The perfect day for Linn would be a funny day. She would wake up either in her New York City apartment on West 74th Street or she would wake up on her farm in Michigan. That day would begin with the best tasting cup of coffee and have something compelling to do that day.
Linn considers her best quality her ability to communicate with people.
Her health regime consists of her being a vegetarian, no dairy, no while wheat or gluten, and since June 26th of this year, no sugar.

That was a huge sacrifice but she desires to feel well. Feeling well as an entertainer is of utmost importance. They have to be ready to perform at an optimum level at show time. She needs the most energy she can muster at her finger tips. That is how she does it.

Linn is also married and says that it is a balancing act. She desires her husband to feel that he is more important than her career. He is more important than her career. Sometimes, on the days she entertains, that entertainer part of her has to take over.
The one change that Linn would like to see in the entertainment industry is for singers to really get an education in voice. As a lifelong singer, she knows how much a voice can be capable of. She would like singers to explore all the colors of their voice and to listen to how they sing and to work with somebody who can bring out the best in them.  Otherwise, we all go to someone’s cabaret show and it is all one color.

It might be twenty different song, but they are all the same color.
Linn would like to see singers to explore. Linn loves to go to cabaret shows.
She believes cabaret is a way for singers to really find out who they are and to learn skills.
Linn would not be the successful entertainer she is today if she had not done as much cabaret as she did.
She also admits she hasn’t done nearly as much as a lot of other people. The art form of cabaret teaches you things like how not to be afraid of audiences, how to reach out and touch them. You don’t learn that in classical music.
Linn’s total focus these days is her play, HILDEGARD OF BINGEN AND THE LIVING LIGHT.
In this one-woman show,Linn embodies the extraordinary life of 12th century German prophetess, healer, and composer, Hildegard of Bingen. Way ahead of her time and in a male-dominated world, Hildegard challenged the established authority of the Church, both philosophically and musically. Accompanying herself on authentic medieval instruments including psaltery, organistrum and harp, Linn performs seven of Hildegard's original songs, and through the mystic's actual letters and writings transports us to the turbulent times of the Crusades in Western Europe. Hildegard's timeless universal message of spiritual truth, holistic healing and caring for the earth is more urgent today than ever.
At the time of our interview last month, Linn had just performed it three times, once in Cincinnati just prior to our interview and twice in Toronto in two different venues. 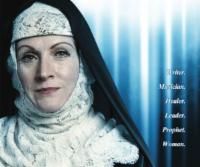 Audiences are so touched by this show. It is not Linn on stage. She makes herself available. Whatever it is comes through her and audiences are touched by it. Each time she does it is a new experience. Of course the lines and songs are the same. Each performance, however, there is different energy coming back at her. She desires to do this for as many audiences that will have her.

The one thing that Linn would do before she dies is to go back to Europe. She would like to spend quality time in Western Europe again.
Linn was compelled to her career path. There was no other choice. She could not have lived with herself had she not done what she feels she was brought here to do.
Linn would like to be remembered as someone who sang all over the world and was most fulfilled by her singing and also the Hildergard play she wrote, the fact that she is able to bring this 900 year old person to life and let people know who she was.

A Few Testimonials
"As a performer in Grand Rapids, MI, I'd always heard of Linn as one of the preeminent opera singers, so I was thrilled when she contacted me after she attended the Cabaret Conference @ Yale, and I had attended the Perry Mansfield Art of Cabaret program. We compared notes, ideas, passions and became fast cabaret friends. I had the honor of being Linn's "test" audience for her LILLI MARLENE show in G.R., and then the pleasure of actually seeing it on stage in NY at the Abbington Theatre. She is a consummate professional, passionate about her work and a true creative soul. I value her talent."
-Francesca Amari Sajtar

Lynn and I met a thousand years ago at a Cabaret Camp with Perry-Mansfield. We were the two "LEGIT" singers and both a bit older than most of the class! We were paired together as roommates and had a fabulous time and learned a lot from each other! Just recently she was in Cincinnati to do her one woman show of HILDEGARD of BINGENand renewed our friendship and I must say her show is genius! SO much work went into it. It's not a CABARET as we learned in Colorado, but she is a great presenter, singer and actor. I'm so glad we hooked up again while she was in town! Thanks for asking!
-Patricia M Linhart


Thank you Linn Maxwell for the gifts you have given to the world and will continue to give!

My next blog will be... My interview with cabaret entertainer, Frank Dain!

Posted by RichardSkipper at 4:57 PM

Email ThisBlogThis!Share to TwitterShare to FacebookShare to Pinterest
Labels: European cabaret debut at the International Theater, everybody has an opera company, has performed on the stages of major orchestras, Linn Maxwell, opera companies and recital halls