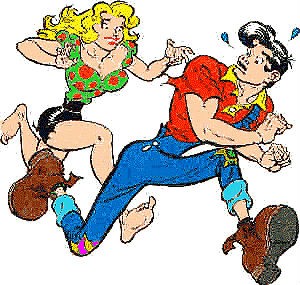 May you never steal, lie, or cheat, but if you must steal, then steal away my sorrows, and if you must lie, lie with me all the nights of my life, and if you must cheat, then please cheat death because I couldn't live a day without you. –Old Irish Blessing

Happy February 29th!
I’d like to wish an especially happy birthday to everyone born on February 29. After all, they only get to celebrate on their actual birthdate every four years, thanks to the quadrennial adjustment of the calendar to ensure the seasons remain in step with the date. It’s also a time when a man must accept a marriage proposal from a woman, according to an Irish tradition made for a romantic comedy, aptly called Leap Year, starring Oscar-nominated actress Amy Adams.
It’s not surprising that an entire catalog of traditions has sprung up around this date. The most famous is the supposed pact between saints Patrick and Brigid in Ireland, allowing women to propose marriage to men on this day. In the modern world with much greater gender equality, that tradition seems as outdated as the plot of a Doris Day movie. (Read more HERE). Thanks to Al Capp and Lil' Abner, it became known as Sadie Hawkins Day.
Today is also the 100th Birthday of Dinah Shore. Like a lot of people born February 29, she relished the uniqueness of her birthday. She even thought that there was an advantage to marking her real birthday just once every four years.Click HERE to see one of my favorite clips of Dinah Shore joined by my friends Carol Channing and Dody Goodman. Carol Channing and Dody Goodman were both Christian Scientists. They didn't believe in celebrating birthdays until I told them that this wasn't about them celebrating, it was about US celebrating them! 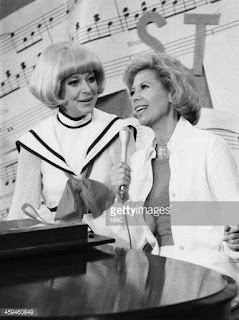 Thus, 1700, 1800, and 1900 did not contain a leap day, 2100, 2200, and 2300 will not contain a leap day, while 1600 and 2000 did, and 2400 will. Years containing a leap day are called leap years. February 29 is the 60th day of the Gregorian calendar in such a year, with 306 days remaining until the end of the year. In the Chinese calendar, this day will only occur in years of the monkey, dragon, and rat.
As I mentioned above, today marks the birthday of Dinah Shore. She was born on this date 100 years ago.
She Passed on in 1994. She reached the height of her popularity as a recording artist during the Big Band era of the 1940s and 1950s, but achieved even greater success a decade later, in television, mainly as hostess of a series of variety programs for Chevrolet.

There are a couple of celebration of Dinah Shore happening around town. First off, to kick off Cabaret Month in NYC, Jeff Macauley in MWAH! The Dinah Shore Show tomorrow night, March 1st 7PM A CENTURY OF DINAH.
I am very excited to finally be able to see this show.
As I celebrate Dinah today, I also celebrate 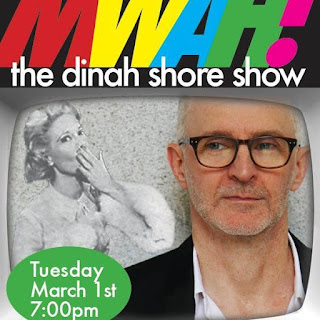 Jeff Macauley who was just nominated for a MAC (Manhattan Association of Cabarets and Clubs) Award. This is my MINI-interview with Jeff.
If you were running for president, What would be your five word campaign promise?
Healthcare, Housing, Security For All
Favorite theater?
The Booth.
Could you tell me what your creative process is like?
Figuring out what the song means and then learning it. Then connecting it with the other tunes in the evening. Working on what I’m going to say by writing it out once but then just saying it, letting it be different each time so it’s not a script. Figuring out what I can bring to the song to make it interesting, since you’ve probably heard the tune somewhere before. And procrastinating. Lots and lots of procrastinating.
If you could get rid of one thing, what would it be?
Back fat.
I hope you will join us!
Also, Will Friedwald and Lynn 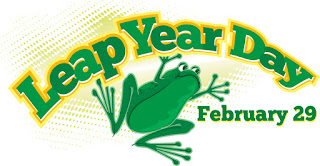 Kimberly Hawkey
Jeff MacAuley
and your host, Will Friedwald
Music Director: Paul Greenwood
Bass: Tom Hubbard
Drums: Eric Halvorsen
Dinah Shore was one of the most beloved female pop singers of all time. Whether she was singing on 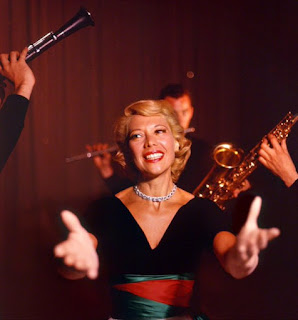 the radio, hosting her own variety show or TV's talk show queen, she was "America's Sweetheart!"
Please join Will Friedwald, Lynn DiMenna and a cast of "Dinahphiles" to celebrate her 100th birthday on Saturday, March 12th, 2016
Doors open at 12:30. Program promptly at 2PM
$15.00 at door for NON-Members/$50.00 to join
Richard Skipper is the EXCLUSIVE publicist for American Popular Song Society. For press reservations, interview requests, or more information, contact Richard Skipper at Richard@RichardSkipper.com or 845-365-0720
http://www.americanpopularsongsociety.org
SAVE THE SECOND SATURDAY OF EACH MONTH
NEXT UP April 9th

One of my favorite dancers was born on this date. More recent audiences know him as Palmer Cortlandt on All My Children. That man is James Mitchell.
I met him years ago when he came to an all male concert version of Bye Bye Birdie at the now defunct Rose's Turn. I played Mae Peterson and sang A Mother Doesn't Matter in the TV version introduced by Tyne Daly!
Today is also the birthday of Jimmy Dorsey as well as Alex Rocco. 1944 – Phyllis Frelich, American actress (d. 2014). 1956 – J. Randy Taraborrelli, American journalist and author.

Even though today is not my friend Jamie Lee Farrar's birthday, I would like to share her story with you. She has become a dear friend thanks to Facebook. Last year, 124 people died in vehicle crashes in Metro Police jurisdiction in Las Vegas. One young woman could have shared the same fate after a crash in 2013, but instead, she's a success story. Read MORE. 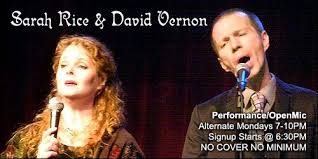 SARAH RICE and DAVID VERNON will be hosting an evening of Performances/Open Mics on every other Monday.

First hour will be a PERFORMANCE with Sarah and David and a different featured special guest TBA each time.

STARRING YOU! -- All musical Genres NO COVER NO MINIMUM
Delicious food and drink at reasonable prices in welcoming surroundings and a great deal of fun. Sangin' and hangin', great music, wonderful friends together.
Come and promote your show, try out a new song, revisit an old friend.
All in an atmosphere of good cheer and safety. Come early and have a drink and dinner and enjoy the show then stay and sing!
HARP RAW BAR AND GRILL
729 3rd Ave.
New York, NY 10017
Bet 45-46th Street 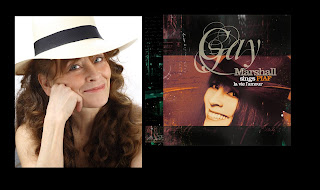 Full of personality and humor, Marshall delivers the dramatic repertoire – including Marshall's own English adaptations - with stirring authenticity, and not a hint of imitation. The repertoire is an unusual mix of the well known (La Vie en Rose and L’Accordeoniste) and the rare (Avec Ce Soleil and The Lady From Pigalle) with accompaniment by Ross Patterson.

Songwriters of the world, unite! Well, anyway, songwriters who have had their songs performed at the Metropolitan Room (or want to) and aspire to have more of them done there, listen up. Bernie Furshpan has asked MAC nominee Tom Toce to form a songwriters group. Tom loves songwriters. He loves hanging out with them, talking shop, swapping songs, and trying to figure out ways to create interesting new material. That's really it. He doesn't envision a "workshop," really. He thinks "alliance" is the best word. He'll be contacting some of his fellow songwriters over the next few days to stir up some interest. Meanwhile, if you're interested, please contact me and I will forward to Tom.
If you want to hear some of the most popular love songs from the Golden Years of the American Songbook performed with unbridled passion and joy, go out and enjoy the:
Oleg Frish QUARTET: "AN EVENING OF LOVE SONGS", WITH SPECIAL GUEST AND GRAMMY AWARD NOMINATED SINGER        ROSEANNA VITRO
Saturday, March 5,  2016 at 8 PM & 10 PM. See Postcard below

Humbert Allen Astredo, a stage actor who played opposite James Earl Jones, Frank Langella and Elizabeth Taylor but is best remembered by generations of scared kids as the evil, devil-bearded warlock of Dark Shadows, died February 19 at the age of 86. No cause of death was listed in the death notice published today in The New York Times. 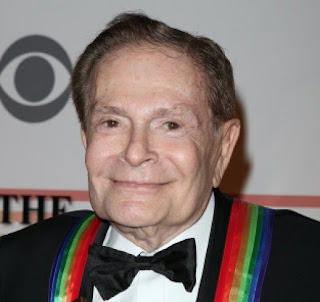 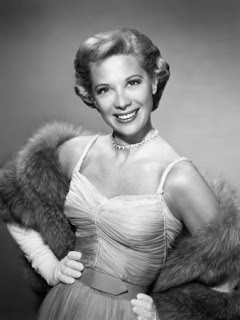 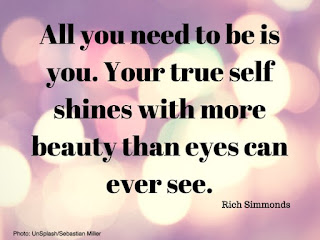 
WEDNESDAY NIGHT in NYC
Richard Skipper is the publicist for Sin Twisters, Too! For press reservations, interview requests, or more information, contact Richard Skipper at Richard@RichardSkipper.com or 845-365-0720


Posted by RichardSkipper at 7:51 PM