The Broadway Musicals of 1946!

I'm in very good company. Tina Louise, Burt Reynolds, Sergio Mendes, Catherine Hickland, Sheryl Crow, Jennifer Aniston, and I all share today. Today is my 51st birthday. Today, also would have been John Wallowitch's Birthday.
Thank you, Cynthia Crane, for this!
I have a lot to celebrate. Yesterday I met with Ken Bloom.
I have been a fan of his work for many many years. He is mentoring me through the early stages of my first book. I am truly blessed by the generous information he gave me yesterday and I think he will keep me on the right path. I left him and went on to rehearse with Pat Firth and Diane Findlay who are both part of my birthday celebration this evening.
Sue Matsuki is producing an evening in which five of my favorite female singers are coming together to sing for me! When Sue told me that she was doing this, I asked if we could make it a benefit for Carol Channing's Foundation for the Arts. When Carol's husband, Harry Kullijian, passed away in December, we decided to do tonight in his honor. So all of the proceeds tonight are going to a very good cause. We also wanted to make this as affordable as possible so it is only a $15 cover (which goes to the Foundation) and the obligatory two drink minimum.
Wait!
There's more… there will be cake for everyone. If you are a friend or a fan of me, of Carol Channing, or just want to be thoroughly entertained this evening, I hope you'll join us. I would suggest making a reservation by calling 212-757-0788. I would love to see you and I may even do a song or two.

After leaving my rehearsal yesterday afternoon, which was on 46th and Broadway, I walked over to Feinstein's, which is on 60th and Park Avenue. Although it is snowing this morning in New York as I write these words,  last night. It was rather balmy. I love walking around in New York...especially at dusk. I went to Feinstein's last night to see Petula Clark! We were joined by our friend Peggy Herman, who is also singing this eve. Petula did not disappoint. She sang all the songs we were hoping to hear. A few new songs. She also recited a poem that she wrote about being in the theatre. Boy, would I LOVE to have a copy of that. It sums everything I feel about being both an artist and a good audience member as well. She wrote the poem one evening when in route from London to Paris for a gig. A gaggle of women were all on their cell phones chatting away when she grabbed a piece of paper and started putting her thoughts down. It was a riveting poem delivered last night by a very fine, under rated actress.Petula will be 80 this year. First British woman to have 2 number 1's in America!!!

It was interesting that night before last at the screening of Carol Channing: Larger Than Life, Tommy Tune also got into a discussion of cell phones and the theatre. At the beginning of the documentary, Carol is walking through Shubert Alley talking about the great "ghosts of the theatre". She encounters a few of the chorus boys outside the theatre in the middle of a matinee! She cannot believe that they were outside during a matinee! Tommy says she is right. There used to be a sacredness of those in the theatre (there still is for me) that we are going into a hallowed sanctuary to bring our craft to the audience. When actors/singers/dancers are running out to make phone calls and to smoke cigarettes on the street between their "moments" on stage, they have not immersed themselves in the characters they are portraying.

What a different world we are living in. Of course, I have seen INCREDIBLE changes in the world in my 51 years, and some always not for the better. Imagine the changes in the world since The Broadway Season of 1946!?!  Well, for one night only, we will be able to revisit that year for one night only on Monday night at Town Hall as Scott Siegel brings the latest installment of his highly successful series. I was part of his Broadway Musicals of 1964, which of course, was the year Hello, Dolly! premiered on Broadway. I appeared as Carol Channing. Scott, I'd love to audition for you sometime as Richard! 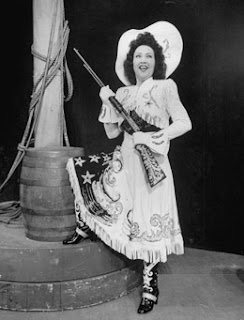 The Broadway by the Year 2012 series opens with a tribute to 1946 featuring tunes from the musicals Annie Get Your Gun, Call Me Mister, St. Louis Woman, Lute Song, Park Avenue and more. Join creator, writer, host Scott Siegel for a musical tour of the Great White Way, offering entertaining verbal accounts of Broadway’s history, and celebrating the songs from Broadway shows of a selected year, sung by a cast of talented cabaret and Broadway performers. This marvelous program not only highlights favorite show-stopping numbers, it also features lesser-known gems.

Most people, myself included, do not know the musical, Park Avenue. It is a musical with a book by George S. Kaufman and Nunnally Johnson, music by Arthur Schwartz and lyrics by Ira Gershwin. The plot focused on the many divorces and marriages of the rich and "black tie" set. The production performed poorly and was Gershwin's last work for Broadway.

George Simon Kaufman (November 16, 1889 – June 2, 1961) was an American playwright, theatre director and producer, humorist, and drama critic. In addition to comedies and political satire, he wrote several musicals, notably for the Marx Brothers. One play and one musical that he wrote won the Pulitzer Prize for Drama: You Can't Take It With You (1937, with Moss Hart), and Of Thee I Sing (1932, with Morrie Ryskind and Ira Gershwin).
Born to a Jewish family in Pittsburgh, Pennsylvania, he graduated from high school in 1907 and "tried law school for three months" but grew disenchanted and took on a series of odd jobs, including "selling hatbands". Kaufman then began his career as a journalist and drama critic; he was the drama editor for The New York Times from 1917 through 1930. Kaufman took his editorial responsibilities very seriously. According to legend, on one occasion a press agent asked: "How do I get our leading lady’s name in the Times?" Kaufman: "Shoot her."

He also won the Tony Award as a Director, for the musical Guys and Dolls.

Kaufman's Broadway debut was September 4, 1918 at the Knickerbocker Theatre, with the premiere of the melodrama Someone in the House.

He coauthored the play with Walter C. Percival, based on a magazine story written by Larry Evans. The play opened on Broadway (running for only 32 performances) during that year's serious flu epidemic, when people were being advised to avoid crowds. With "dour glee", Kaufman suggested that the best way to avoid crowds in New York City was to attend his play.

Award-winning Jazz singer Marilyn Maye, Tony Award winner, Ben Davis (Baz Luhrmann’s La Boheme), Dameka Hayes, Audelco Award Nominee for It Ain’t Nothing But The Blues and Jessie Mueller, who made her Broadway debut in On a Clear Day…are all appearing in THE BROADWAY MUSICALS OF 1946 on Monday, February 13, 2012 at 8pm.


This concert marks opener of the 12th season of The Town Hall’s acclaimed Broadway By The Year® series, which is created, written and hosted by Scott Siegel for The Town Hall.
The previously announced cast includes Alice Ripley, the Tony® Award winning star of Next to Normal, Tom Wopat (Tony® Award nominated for his role of Frank Butler in Annie Get Your Gun revival, Catch Me if You Can), and Noah Racey (Curtains), who will also choreograph. The evening will feature song and dance from Irving Berlin’s classic Annie Get Your Gun and other musicals including Call Me Mister, St. Louis Woman and Beggar’s Holiday. The cast will be performing favorites which include “I Got Lost in His Arms,” Come Rain or Shine,” “A Woman’s Prerogative,” “Any Place I Hang My Hat is Home,” and “I Want to Go to City College.” Ross Patterson is the musical director.
Over the years Broadway By The Year® has featured the following performers: Sutton Foster, Norm Lewis, Emily Skinner, Brian d'Arcy James, Gregg Edelman, Carolee Carmello, Corbin Bleu, Robert Cuccioli, Linda Eder, Marc Kudisch, Bryan Batt, Stephanie J. Block, Beth Leavel, Alexander Gemignani, Robert Goulet, Christiane Noll, Daniel Reichard, Karen Ziemba, Bobby Steggert, Barbara Walsh, Douglas Sills, Martin Vidnovic, William Michaels, Liz Callaway, Lari White, Jeffry Denman and Christine Andreas among others.

The Broadway Musicals of 1950 on March 19th features musicals including Guys and Dolls, Call Me Madam, Out of this World and Dance Me A Song.

The Broadway Musicals of 1975 on May 14th features musicals including A Chorus Line, The Wiz, Chicago, The Rocky Horror Picture Show, and Shenandoah. 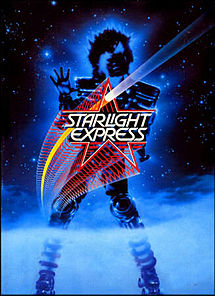 The Broadway Musicals of 1987 on June 11th, features musicals including Les Miserables, Starlight Express, Into the Woods, Stepping Out and Stardust.

Thank you, Scott Siegel, for the gifts you give to the world!


Here's to an INCREDIBLE day for ALL...with NO challenges!


Posted by RichardSkipper at 10:16 AM

Email ThisBlogThis!Share to TwitterShare to FacebookShare to Pinterest
Labels: birthday celebration this evening, Ken Bloom, Marilyn Maye, Sue Matsuki is producing an evening in which five of my favorite female singers, The Broadway Musicals of 1946, Walter McBride