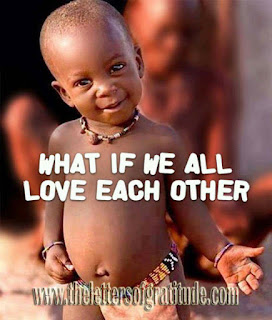 Have patience with all the things, but first of all with yourself.
-Saint Francis de Sale

Happy March 22nd, 2018!
March 22 is the 81st day of the year. There are 284 days remaining until the end of the year.
Markets tumble. Dowd is out. Tariffs hit China. Talk of a trade war. Bolton was seen at WH. McMaster on the rumor mill. Trump says he would “like” to testify before Mueller. Bannon says POTUS at war with Mueller. Happy Thursday.It is a gorgeous day here in New York after a very snowy day yesterday. As I begin my blog today, I'm listening to a mix of George Benson, William Shatner(!), Stephen Sondheim, AND Andrew Lloyd Webber.
They were all born today. My sister also has a birthday today so I am sending birthday wishes to her!
I am continuing today with my Cabaret Month series. Today, I celebrate MAC (Manhattan Association of Cabarets and Clubs) nominated lighting/sound designer. I have a special place in my heart for Abby. She is the lighting/sound designer for Richard Skipper Celebrates at The Laurie Beechman Theatre. I cannot imagine this series without the magical touch of Abby Judd. The voting has already been done, but today you will get to learn a little bit more about Abby. 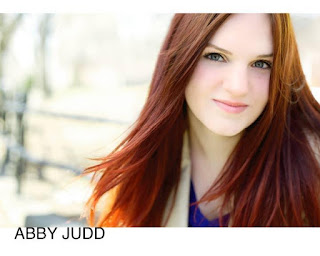 As Abby spent her youth traveling through America, Europe, and Africa, she considers herself,. Neither an Athenian nor a Greek, but a citizen of the world. She completed her High School education in Paris, and attended the Queens University of Belfast, graduating with a B.A. in Drama and English.
She enjoys spending her time watching Kenneth Branagh films, reading anything from her collection of novels and plays (particularly Hemmingway and Stoppard), listening to Musical Theatre, shopping, and spoiling her two cats. 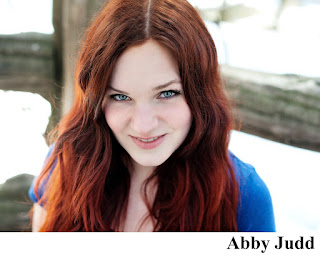 What is it about small, intimate venues that draw you to cabaret?
The audience is close enough to the artist to truly appreciate the nuances of a masterful interpretation.
Behind the scenes - I am able to work so closely with the performers/band/director/etc that I'm able to make authentic connections.

Are you introducing any new technical aspects in your line of work that no one else is?
I try to complement the music with dramatic lighting choices like isolations and gobos. Little details and themes to make my shows a theatrical experience as opposed to just presenting a concert. 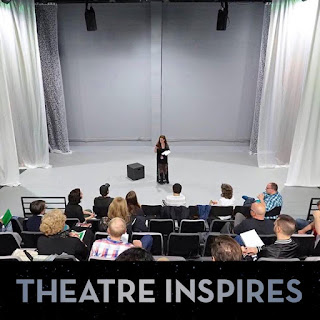 How do you manage it all? In other words, how do you balance a personal life with a professional life?
Love what you do. It will give you energy and you'll pass that joy on.

How do you come up with a lighting design for a show?
Cabaret has taught me how to build a full production, visuals, and sound, on the spot, in under an hour.
During tech, we usually only have time for a quick a cue to cue. We break down the song list, hit the main lighting spots and balance the band. Most nights I'm seeing the show for the first time with the audience. It's unlike any other type of theatre in that way.
Lighting a cabaret show requires you to be quick, calm, have your tricks and pay a lot of attention to the band and where the music is going. 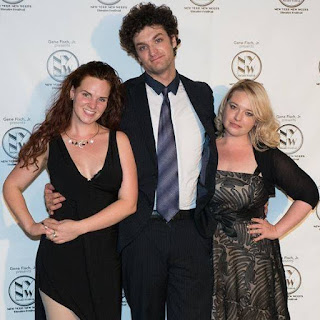 What is your show-day ritual?
Every day is a show day, baby! Though I always try to do something today that I'll thank myself for tomorrow.

Who are your biggest musical influences?
I'm a rock and roll princess. From the classics and the poets to the glam and grunge, Simon and Garfunkel, The Beatles, Joni Mitchell, Guns n' Roses, Pearl Jam, Muse, Biffy Clyro.
And of course, Dee Snider. A rock star through and through, a fire on the stage to this day, and a kind and generous soul with an inspiring work ethic.

Why don't cabaret shows attract more of the public, in your opinion?
Cabaret is a wonderful community, but I believe there needs to be more attention put on targeted marketing campaigns and a move toward digital advertising if longevity it to be created. I'm actually a partner in a company which specializes in web design, branding, and marketing as well as general management and production for theatre, TV and film (https://www.bearinmindcreative.com), for anyone looking to find out more ;) 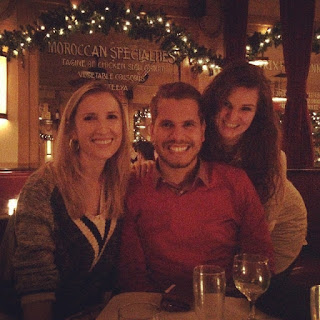 How did you get started doing what you are doing?
I grew up calling a little village in Ireland home. C.S. Lewis based Narnia on the very scenery I grew up amongst.
With such a magical setting and with a family full of musicians and storytellers it was only natural that the theatre became my second home.

What is your bookstore wish list?
I'm a big fan of Lou Andreas-Salomé's essays and J.D. Salinger.

What is your favorite anecdote that has happened to you in your career?
I once had an audience member get up to go to the bathroom, only to have an accident in the aisle. The very next scene, one of the cast members came skipping down the aisle and slipped in it. 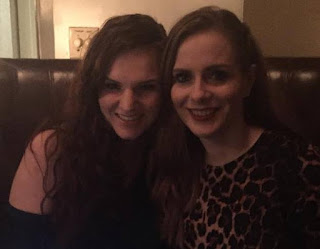 Name three shows coming up that you are working on. What is it that you like most about doing what you are currently doing?
I can hardly name one cabaret show without naming another, so here is a project I'm working on outside of the Beechman -
My company, Bear in Mind Creative, is General Managing Broadway Bound Theatre Festival this summer! BBTF is NYC's only playwright-centric, curated theatre festival, and is dedicated to creating a new brand of self-producing playwright ready and relevant to the modern theatre scene. BBTF works closely with 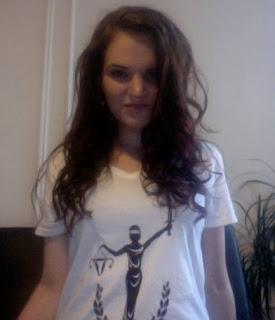 playwrights to provide a thorough education in a theatrical production to move them one step closer to creating commercially viable theatre for the bigger stage.

I love being a part of this team and truly working to make a difference in the industry by creating a supportive space for playwrights as they grow. The 2018 season will see a fresh and diverse cross-section of theatre, visit our website to see the primary line up of shows! BBTF runs August 4 - 26 at the Theater at the 14th Street Y.

Name one person you would like to see profiled in my blog
I love the cogs that keep the machine ticking... Let's see more behind the scenes folks. I bet Sidney Myer would be hilarious. Or Sondra Lee. I'm reading her book at the moment and she's a gem!

What is your favorite “escape” in NYC?
Walking down The High Line. Shopping in SoHo and The Village. Or getting out completely - waiting for a flight at JFK.

Anything else you wish included?
I want to send all my love and gratitude to Kenny Bell and the Laurie Beechman Theatre. I’ve learned and grown so much during my time there. Kenny has always had my back and had faith 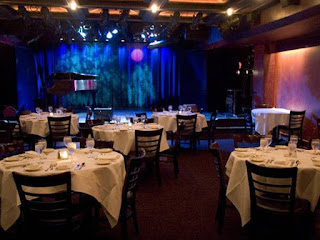 in me. It's my NYC family. It's the best room in the city.

And Here's The Coverage from Broadway World.

Linda Amiel Burns will be moderating a Special Seminar on Thursday, April 26 from 1-4 at the Jerry Orbach Theater with a fantastic panel of brilliant and knowledgeable members of the cabaret community. Don't miss this incredible afternoon! Only $20 and you can book online.

There is a famous quote, usually attributed to the famous Hollywood film director Frank Capra, who said, “If you want to send a message, use Western Union.” Of course, Capra was one of the great message movie-makers of all time, with films to his credit like Mr. Smith Goes to Washington and It’s a Wonderful Life. So, what Capra really was saying was tell a great, entertaining story first, and your message, if you have one, will come through on the back end. With that thought in mind, let’s take a look at some musicals that are sending a message the way Capra intended…Read MORE

Another Nor'easter on the first day of Spring yesterday? Really? When things aren't as they should be, the music of Ann Hampton Callaway can usually explain why! Song Notes at http://GramercyNightingale.com  #celiaberkmusic https://youtu.be/XSCuib9DYdM 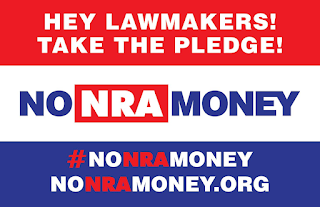 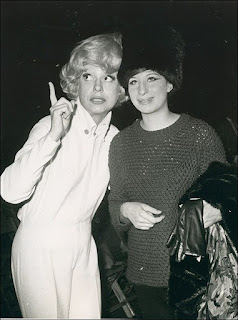 I had the immense pleasure of performing in Richard Skipper's Nov. 5th show. Richard's introduction of me was so lush, that I was looking behind myself to see who he was talking about! So, with his wonderful band behind me, I hope that I gave the folks something to 'write home about"! By the end of the evening, I felt as if I had been missing out on a tradition that is integral to showbiz!! Before I could even get through the doors of the theater, I was warmly greeted by people who had seen me perform in other venues but were "fierce cheerleaders" of the 'RICHARD SKIPPER CELEBRATES MOVEMENT' ...YES.I see this as a 'MOVEMENT', a wonderful way to keep us 'Baby Boomers' connected to iconic shows that set a standard for every show that would come down the pike! Richard's show took me back to the grand days of variety shows that drew you in and held on to your heart for 60 to 90 minutes every Saturday and Sunday evening. Hey Richard, I could've sworn that I saw Pearl Bailey, Perry Como & Dinah Shore sitting at a table in the back of the room! If you ever need me again, just remember the lyrics of that famous Michael Jackson song and "JUST CALL MY NAME AND I'LL BE THERE"!
Denise Spann-Morgan, Brooklyn NY

The Richard Skipper Celebrates series is by far one of the most well-produced and enjoyable series of shows I've ever had the privilege to attend. The music is sensational, the performers are top-notch, and the crowd is fantastic! I absolutely LOVE spending those special Sunday's with all those lucky people who also value the work and time that Richard puts into each show. I highly recommend these shows to everyone looking for a wonderful time!
Arlene Jacks, NYC

Dear Richard,
Thank you for the tribute to Judy Garland in honor of her birthday for the American Popular Song Society on Judy Garland's Birthday (6/10/17). The entertaining film clips, the guest performers and your interviews all made for a memorable afternoon.
Ann Dawson, NYC

The show is also made possible by Wright Bros. Real Estate. 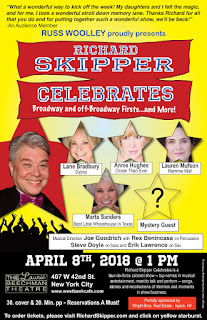 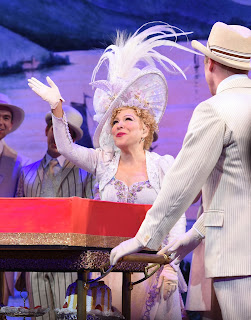