The artist sees what others only catch a glimpse of.
-Leonardo da Vinci

Happy March 31st, 2018!
March 31 is the 90th day of the year. There are 275 days remaining until the end of the year.
It is a gorgeous day here in New York. There is a lot to celebrate today.
It is Brothers and Sisters Day!  So here is a shout out to my sister and brothers.
On March 31, 1889, the Eiffel Tower is dedicated in Paris in a ceremony presided over by Gustave Eiffel, the tower’s designer, and attended by French Prime Minister Pierre Tirard, a handful of other dignitaries, and 200 construction 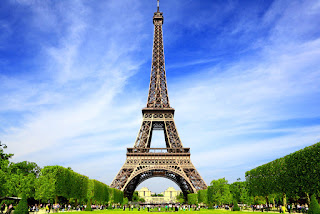 workers.My horoscope tells me today that although my fantasies might be much more realistic than anyone realizes, my creative vision is on point now. I'll take it!
Sharing my thoughts doesn’t have to be a major event today, but I'm always sharing my thoughts.
As I sit down to begin my blog today,  I'm listening to Liza Minnelli sing I'll Be Seeing You at her comeback concert at The Beacon. I was there that night. It's strange to think back to that time and the oddness that was David Guest. 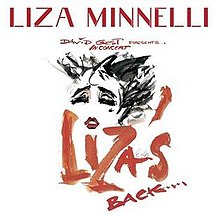 No matter what your thoughts of him are, he got her back on track and performing again. The electricity in that room still resonates with me.
I have seen Liza in concert probably more than any other artist. I love her and I miss her concerts.
As I reflect today on what was, I'm also celebrating today and tomorrow. Thanks to publicist Tom Estey, I have learned of a new venue here in New York. The venue is Club Bonafide and I hope that all my followers will check it out and give it a chance to succeed on a major level.

From the 1930s into the early 50s, if you flagged a taxi in NYC and asked to be taken to “The Street,” you would be driven, without giving a number or an avenue, to 52nd Street.
There 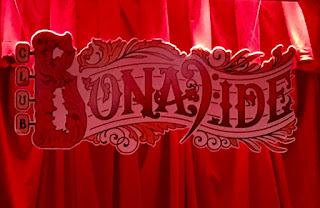 were so many jazz joints and clubs along 52nd Street that it also became known as  “Swing Street.”  Jazz greats including Miles Davis, Dizzy Gillespie, Charlie Parker, Louis Prima, Billie Holiday, Fats Waller, Ella Fitzgerald, Marian McPartland, and many more artists played almost nightly and easily would perform in more than one club in any given month.  It’s from this street that the bebop tune called “52nd Street Theme” by Thelonious Monk became a live jazz standard. 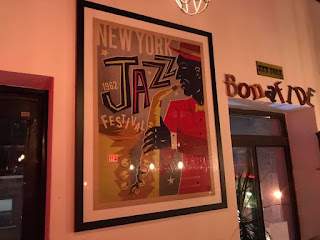 Club Bonafide, located at 212 East 52nd Street, is bringing music back to 52nd Street with the same open, embracing attitude.  The club was founded in 2015 by world-renowned musician Richard Bona and restaurateur Laurent Dantonio.
Bona viewed Club Bonafide as a vehicle for reigniting an openness within venues both by doing away with exclusivity clauses and by looking to instill a more genre-blind booking.  In this way, the club hopes to encourage a celebration of live music and an environment of collaboration that is crucial to building a scene.  “Charlie Parker was performing on 52nd Street every night,” Bona notes.  “And that’s part of what made him great. 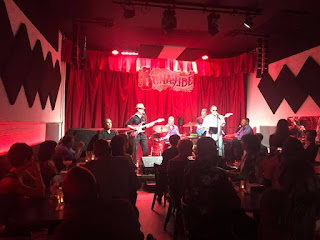 The artists have to be able to perform, and it helps no one if a great musician can only play in New York at a major club maybe three times a year.”

When you first got the idea for Club Bonafide, what was your initial goal?
To make it NYC’s Most Intimate Live Music Venue.

Tell us about Club Bonafide
The Club is successfully booking a wide range of shows attracting
the same wide range of live music lovers.  The venue is intimate, the acoustics are great, the staff is like family and, our patrons walk out loving every minute of the experience. 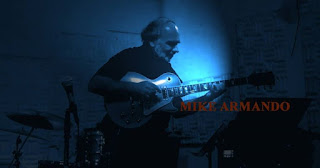 What is the most interesting fact you learned recently?
The performers love the close interaction they receive with the Club owner which I don’t think they get at most venues.

Has your perspective changed any since starting this project?
Do you think about revising a venue after you've opened it?
No, my perspective has not changed, the Venue will be enhanced
not revised.
How do you see proceeding with your career? Do you have an upcoming project in mind after
this one?
I always have projects in mind but will be developing the Club to its
full potential before moving into the next stage.

Is doing what you do at all difficult?
No, I have been in the commercial real estate business for many years with extreme multi-tasking day in and day out. I multitask without realizing I’m multi-tasking.

What do you do when you 're not performing?
Life is a stage, we’re always performing.
How long have you been on your diet?
I love answering that question with the true answer...about 45 years!!

Name one person you would like to see profiled on my blog
Stacy James, our events person. (Stacy. if you see this, please contact me!)

Can you tell us how the project came about?
It came about through my Commercial Real Estate Business and, having been a performer myself, in another lifetime, I jumped at the
idea of combing my business skills with my passionate love for music and musicians. 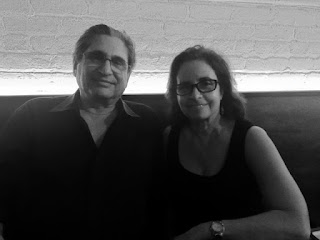 Anything else you wish included?
Not much more, except, Club Bonafide will absolutely become NYC’s Most ‘sought after’ Intimate Live Music Venue.
Check out this Video. 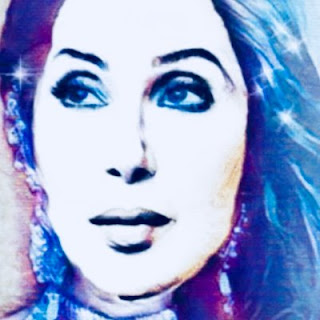 It has been announced that
Only time will tell if three Chers yield three cheers.

CAROLE COOK
JUNE 19 - 20, 2018
Legendary Broadway and screen actress Carole Cook makes her New York cabaret debut at the age of 93. After receiving rave reviews in Los Angeles and San Francisco, this fabulous evening of memories and song comes to Feinstein’s/54 Below. Carole sings numbers from Sondheim to Coleman – from Billy Barnes to Jerry Herman. She recalls a scrapbook of memories, from being Lucille Ball’s protege to working with Ethel Merman.
https://54below.com/events/carole-cook 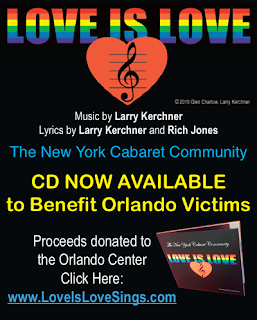 From Larry Kerchner,
I’m sure you’re aware of the not guilty verdict for the widow of the Pulse Nightclub mass murderer.  I know this is unjust and devastating to so many, but regardless of how it impacts family and loved ones of the 49 who have no voice, it certainly brings to the fore the pain from 21 months ago.
I have “Love Is Love” CDs donating the proceeds to the Orlando LGBTQ Center.  I’d still like to donate hundreds of them to the Center, so they can use them to benefit the Center in some way, either by selling them or using them to promote our message.
Larry

Here is the link to Larry Kerchner's Passover Polka!

I wanted to let you all know that there’s one more chance to see Stearns Matthews' Leslie Bricusse show, GOLDEN TICKET, this coming Wednesday, April 4th at 7pm at the Beechman. 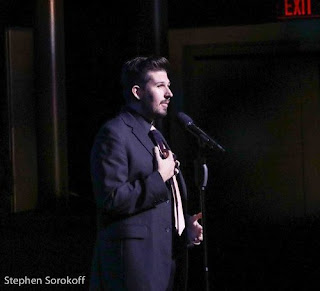 The link for tickets is below, and be sure to use the code STEARNSMAC for $5 off the cover!
https://web.ovationtix.com/trs/pe.c/10237729
Stearns Matthews in
GOLDEN TICKET: The Songs of Leslie Bricusse
Musical direction by Warren Helms
Wednesday, April 4th at 7pm
The Laurie Beechman Theatre
407 West 42nd Street (at 9th Avenue)
New York, NY
$20 cover ($15 for MAC members!)
$20 food/beverage minimum

MAC, Singnasium and Singer's Forum will honor John Koprowski on Saturday, April 14th. The memorial will be held at the Laurie Beechman Theatre and will begin at 12noon. 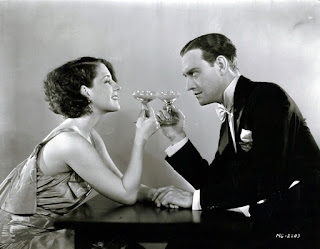 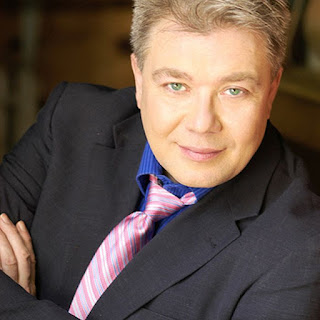 A Few Audience Testimonials
I had the pleasure of being a part of Richard Skipper's Birthday celebration for John Kander. What I noticed immediately was the amount of passion Richard has for what he does! You are guaranteed a great time if you go to one of his shows. So go!
Donna Marie Asbury, Bloomfield, NJ

I love Richard Skipper so much and his shows are beyond your expectations!!!!!!!
-Rose Apuzzo 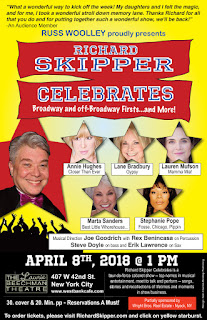 We had the great joy to be at the wonderful Carol Channing birthday bash Richard Skipper blessed us with on 1/31/18.  Richard is truly brilliant and through him the great joy that was spread throughout the room was perfection. Thank you again.  Each time I am able to be at Richard's "Celebrations" I feel uplifted and so glad that I was there.
-Bob Diamond, NYC

Check out Our Promo Video HERE

The show is also made possible by Wright Bros. Real Estate. If you have attended Richard Skipper Celebrates, and if you haven't already, Please add your thoughts in Richard Skipper's Guest Book at RichardSkipper.com
You never Know Who You Might See There and What Might Happen! 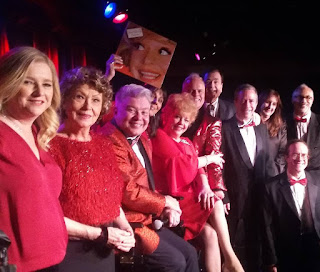 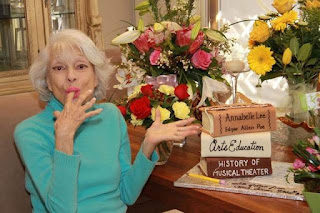 
Posted by RichardSkipper at 4:50 PM