Finishing the hat,
How you have to finish the hat.
How you watch the rest of the world
From a window
While you finish the hat.
-Lyrics to Finishing The Hat, Stephen Sondheim, Sunday In The Park with George

Happy March 22nd!
March 22 is the 82nd day of the year. There are 284 days remaining until the end of the year.
I hope this finds you well. I'd like to begin by 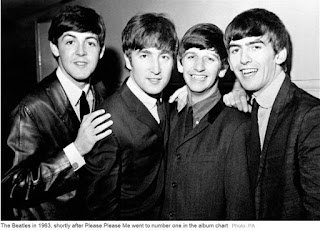 wishing my sister a Happy Birthday. It's ironic that two icons of the musical theater share a birthday today. Sir ‎Andrew Lloyd Webber and Stephen Sondheim. Jesus Christ Superstar,  Evita Cats, Sunset Boulevard and the longest running musical in theater history, Phantom of the Opera from Sir Andrew and Gypsy, West Side Story, A Funny Thing Happened on The Way to the Forum, Anyone Can Whistle, Company, and so many others from Mr. Sondheim. Boy are we blessed to have all of this in our lives.
I received the following from Pamela Myers: Hi Richard, Happy Spring!! Stephen Sondheim, without a doubt, started my career and will always be the biggest influence on it. And beyond that, he has always been kind to me.

On a bit of a whim in 1991, Reese Witherspoon answered a call for extras in her hometown newspaper. She wound up with the lead in her first feature film, The Man in the Moon (1991), at just 14 years old. Her first year out of high school, Witherspoon considered abandoning acting altogether to follow her parents into the medical field. But in 1996, her performance in the film Freeway earned her the Catalonian International Film Festival award for best actress. She deferred college for a year to focus on acting, then briefly studied English literature at Stanford University before deciding to return to work.The daughter of a physician and a nurse, Witherspoon grew up in Nashville, Tennessee, where she was a debutante and attended Harpeth Hall, a private all-girls high school.Her early critical successes included roles in films such as Pleasantville and Election, but it was her portrayal of Elle Woods in the box-office hit Legally Blonde that marked a turning point in her career. Witherspoon went on to win an Academy Award in 2005 for her role in Walk the Line. Recent films include Water for Elephants, This Means War and Wild. 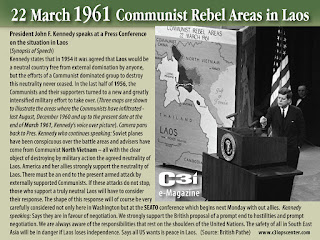 James Patterson penned several novels, but it was not until 1993 that he achieved breakout success with Along Came a Spider. Patterson used his work experience to orchestrate a television ad campaign for the novel, which helped it become a best-seller. In 1996, Patterson left his life as an executive in order to focus on writing. His first published book, The Thomas Berryman Number, came out in 1976. It won an Edgar Award, a top prize for mystery writers.Patterson was a good student but didn't enjoy reading until after he graduated high school.
He attended Manhattan College as an undergraduate before starting coursework for a master's degree in English literature at Vanderbilt University. Patterson left Vanderbilt after a year, and then took a job as a copywriter at ad agency J. Walter Thompson in 1971.His first book was published in 1976; 20 years later he left his advertising career to focus on writing. Patterson holds the Guinness World Record for having the most books on The New York Times' best-seller list.  His first successful series featured psychologist Alex Cross. He desires to change book publishing—with $5 novellas that are like “reading movies”. Read MORE.
Happy 129th birthday Chico Marx.

At the end of this month the US postal service will unveil a new stamp to honor jazz icon Sarah Vaughan. The following week, on Saturday April 9, La Tanya Hall will do likewise with a special matinee performance of "To Sarah with Love" for the American Popular Song Society.
Won't you join us? Today, I celebrate LaTanya Hall! She will be celebrating Sarah Vaughn in To Sarah, with Love at American Popular Society on April 9th at 2PM. Sarah Vaughan was one of the greatest artists ever known in music. Respected by musicians across the globe, she was known as the “opera star of the jazz world.” Join La Tanya Hall as she celebrates the life of this legitimate diva. LaTanya took a few moments out of her very busy schedule to do a mini-interview with me.

WHAT DOES TO SARAH, WITH LOVE MEAN TO YOU?
I grew up in a house full of jazz music and Sarah's voice was the one that resonated with me the most. I wanted to do something that paid tribute to the incredible legacy of music that she left us.

It was Saturday when I sent these questions to La Tanya

IT'S SATURDAY. HOW DOES THAT FEEL TO YOU?
I think most people see Saturdays as a day of rest, but for me, Saturdays are showtime. It's usually the one night of the week that I am almost guaranteed to be working, so it's usually spent in preparation for whatever gig I may have on the calendar.

WHY DO YOU KEEP DOING WHAT YOU DO?

I love and respect the music too much to stop. I've done other "jobs" in my life, but nothing stirs the passion in me like making great music. I feel like the luckiest woman in the world to be able to make a living doing what I do.


WHAT WISDOM WOULD YOU OFFER TO YOUR READERS?
This quote is my mantra -- "Nothing new or good will come to you until you are grateful for what

DO YOU CONSIDER YOURSELF COMPETITIVE? 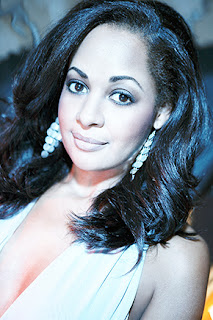 you already have." I don't know who originally said it, but I remember to give thanks for the good things in my life on a daily basis. Even when things are not going well. It really makes a difference in your world view.
I wouldn't use the word "competitive" necessarily, but I am often driven to do better by the people and musicians who are doing extraordinary work. I love nothing more than to see someone who inspires me to do more than just rest on my laurels.


In other Entertainment News
One-hour dialogue with one of Broadway's favorite composers, CHARLES STROUSE, who's works include Annie, Bye, Bye, Birdie and Applause, not to mention
the theme song from All in the Family.  He's got a lot to say about Alan Jay Lerner, Leonard Bernstein and the craft of song writing, and he tells it all to Jacqueline
Parker Thursday night at night.  Don't miss it!  Go to WCPR1.com at 9 pm on Thursday night to hear it all!

KAREN WYMAN - the celebrated pop/jazz vocalist currently celebrating a renaissance since her days performing on "The Ed Sullivan Show" and "The Dean Martin Show" - will debut at Iridium Jazz Club on Tuesday, May 26 at 8:30 PM and 10:30 PM. (Read MORE).

I just wanted to come to the theater eight times a week and work with super-talented people and hear an audience laugh and have my heart beat at the same time as like 1,000 other peoples’ hearts. – Laura Benanti

Wendy Scherl returns in What Do You Do All Day?  Directed by the incredible Helen Baldasarre with great musical direction by Matthew Martin Ward. Wendy is an amazing vocalist with a rangy and rich sound. “This is someone to watch!” Go see her, you can thank me later.
- Sue Matsuki   In “What Do You Do All Day”, Wendy Scherl shares anecdotes and song about the numerous hats she
wears every single day as a wife, a mother of two boys and two dogs, a short order cook, a daughter, a
house manager, a chauffeur and Cabaret Singer! Her show is both touching and real, theatrical and
funny!
This show WILL sell out! So reserve today and be a part of his star studded audience!
You will truly be amazed by what this full-time executive director of a family of four accomplishes every day!  Wendy will wow you with both her choice of material and her talent!
After graduating from Northwestern University with a BA in Theatre, Wendy performed in numerous
regional theatre productions around the country, including some of her favorite productions: Hair (The
official 20th Anniversary Production in Chicago), Grease (numerous roles), Annie (Grace), The Pajama
Game (Babe), and Godspell.


Posted by RichardSkipper at 5:08 PM