Mystery is something that appeals to most everybody. Angela Lansbury

Happy Wednesday, March 9th, 2016!
I hope you all had as great a night last night as I did! I went to the 31st annual Bistro Awards. Kudos to producers Sherry Eaker and Roy Sander and director Shelly Lubin for putting together an entertaining face paced show. It also didn't hurt that they had the delightful Jason Graae as host. Daryl Kojak served as musical director. He was joined by Rex Benincasa on percussion and Ritt Henn on bass.  As Jason aid in his opening monologue that was OUR Super Tuesday. How great to be away from a night of C-Span!
Today, I once again celebrate all that this day holds. I begin by saying Happy Birthday to character actress Joyce Van Patten. I used to see her quite frequently on TV as a child as well. Joyce, the younger sister of Eight is Enough’s Dick Van Patten was a successful child actress and model. The children worked together in various TV and Broadway projects. 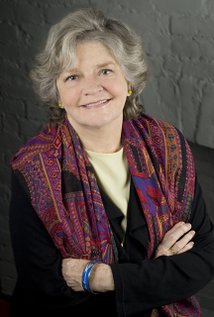 Joyce Van Patten has appeared in nineteen Broadway plays and worked there in every decade from the 40s to the 2000s.
NBC's family drama series Aarons Way starring Merlin Olson, debuted this date in 1988. The series ran 14 episodes.
Happy Birthday to Will Geer (RIP), who portrayed Grandpa Zebulon Walton on the family drama The Waltons, btd 1902.
Connecticut was recorded March 9, 1945 with Bing Crosby, Judy Garland and Joseph J. Lilley and His Orchestra.

Well, all you Judy Garland fans...what do you think of this... quite an undertaking. Are you going? Ten years after Rufus Wainwright took over New York City’s Carnegie Hall to restage Judy Garland’s famous April 23, 1961 concert at the same venue, he’ll do it all over again — twice. Entertainment Weekly announced that Wainwright will return to the fabled stage to perform Garland’s live, double-album in full on June 16 and 17 to celebrate the 10-year anniversary of his last visit.
Happy Birthday, Keely Smith!
Keely Smith (born Dorothy Jacqueline Keely, March 9, 1932) is an American jazz and popular
music singer who enjoyed popularity in the 1950s and 1960s. She collaborated with, among others, Louis Prima and Frank Sinatra.

Other Notable Birthdays
1918 – Mickey Spillane, American author and actor (d. 2006)
1926 – Joe Franklin, American radio and television host (d. 2015)
1932 – Walter Mercado, Puerto Rican-American astrologer and actor
1936 – Marty Ingels, American actor (d. 2015)
Raúl Rafael Juliá y Arcelay (March 9, 1940 – October 24, 1994) was a Puerto Rican actor.[1] Born in San Juan, he gained interest in acting while still in school.
Upon completing his studies, Juliá decided to pursue a career in acting. After performing locally for some time, he was convinced by entertainment personality Orson Bean to move and work in New York City. Juliá, who had been bilingual since his childhood, soon gained interest in Broadway and Off-Broadway plays. He took over in the role of Orson in the Off-Broadway hit Your Own Thing, a rock musical updating of Twelfth Night.
He performed in mobile projects, including The Puerto Rican Traveling Theatre.
Notable Transitions
1983 – Faye Emerson, American actress (b. 1917)
1996 – George Burns, American actor and singer (b. 1896) 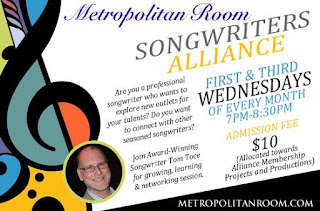 With Songwriter in the House,Tom Toce earned a 2016 MAC Award nomination for New York Debut – Male. He won the 2014 MAC Award for Comedy Song. Tom directed and produced The Harvard-Yale Cantata at 54 Below last year, Cantata II arriving this fall. He has directed and produced several cabaret shows at major NYC venues over the past few years. Hopelessly in Love: The Lyrics of Tom Toce delighted audiences at the Metropolitan Room, and its recording was nominated for a 2014 MAC Award. Tom has also written a number of musicals for children. He is a two-time Jeopardy! champion and a member of the Jeopardy Hall of Fame, for high score in a single game. More at www.tomtocemusic.com. Tom’s song Shalom, Santa, with music by Douglas J. Cohen, won the 2014 MAC Award for Best Comedy Song. Other MAC nominations include one for Best Recording in 2014 for the cast album of Hopelessly in Love and another Best Comedy Song in 2013 for Bye-Bye, Aloha, Yo!, with music by Jeff Lazarus. Tom produced and directed Marissa Mulder’s 2014 solo cabaret show Living Standards, which played to packed houses at the Metropolitan Room and received rave reviews.Tom and I serve together on American Popular Song Society's board. Bernie  Furshpan, the managing partner at the Metropolitan Room, recently made this announcement: “Attention Songwriters! The brilliant and talented Tom Toce will be conducting Songwriters sessions at Metropolitan Room on the First and Third Wednesdays from 7-8:30 PM in The Lounge starting April 6th. We're beyond thrilled.” The Songwriters Alliance is an opportunity for songwriters to connect professionally and socially. "Especially for the composer-lyricist, but even for a collaborator, much of the work is done alone. The music industry is in transition, facing difficult times due to technology and other issues. Everything on the internet “wants to be free,” and yet songwriters have historically depended on royalties from recordings, airplay, and sheet music sales. Where it’s all going, no one knows, but I hope to gather a group of talented, professional, and good-spirited writers to foster collaboration, support, and friendship."


Here is our mini-interview:

What is your biggest challenge every week?
My biggest challenge in a week is that there are only 168 hours. I have a full-time job and I try to squeeze writing and producing cabaret shows in on the side. I believe in the adage, “If you want something done, ask a busy man.” But come on!

Do you plan your days the night before?
I plan some of my day the night before, but I usually leave a lot open. I dwell in possibility, and so I don’t want to over plan,  because I might miss something!

Do you make New Year’s resolutions?
Not anymore. I rarely kept them. I do set short term, midterm and long term goals, and I do a pretty good job meeting them.

Compliment three people
My wife Liz is smart, beautiful, kind, and the best possible partner I could have. My daughter Hannah is smart, funny, and one of the best and coolest moms I’ve ever seen. My daughter Julia is smart and lights up a room when she enters it. I couldn’t be prouder of my family.

Your take on TODAY'S Broadway 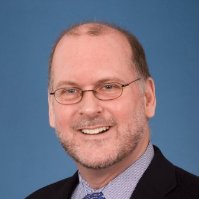 I wish I knew! Judging from what has succeeded (Book of Mormon, Hamilton), I’d say new and audacious. There has to be music and style that speaks to a younger generation.

In Entertainment News
LYRICS & LYRICISTS to Celebrate Cy Coleman, 3/19-21
From Sweet Charity to City of Angels, "Witchcraft" to "The Best is Yet to Come," Cy Coleman lived on both Broadway and the pop charts, with firm roots in the jazz world.
He wrote standards made famous by such singers as Frank Sinatra, Ella Fitzgerald and Nat King Cole, and partnered with lyricists like Carolyn Leigh, Dorothy Fields and Peggy Lee. Grammy-winning singer-pianist Billy Stritch, a friend and protégé of Coleman, celebrates the jazz side of this versatile, quintessentially New York composer in Witchcraft: The Jazz Magic of Cy Coleman. (READ MORE)

Stars descended upon the desert for a special 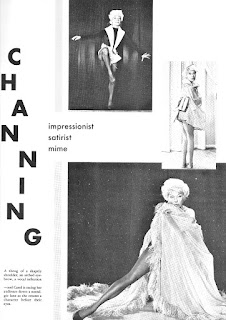 Enjoy the book trailer for Stella!, a biography of Stella Adler.

For those who missed A Broad Spectrum with Mary Foster Conklin on Sunday, here's the link to the archives - http://wfdu2.streamrewind.com/ 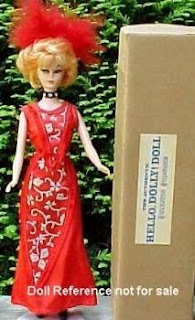 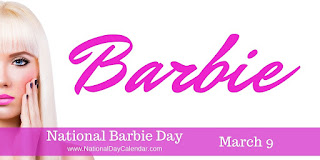 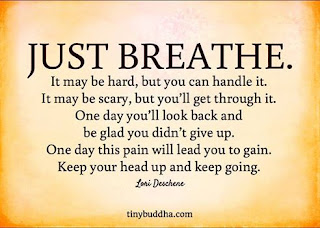 David Meulemans returns in Lucky To Be Me! Directed by the incredible Sally Mayes with great musical direction by Tex Arnold. David will take all of us on a great musical romp through the ups and downs of his life.David Meulemans combines a love for the American Songbook with his classically trained voice to entertain audiences from Miami to New York, London and around the nation.  In a recent review, Charles Truenski describes David’s performance of “Lucky to Be Me” at Manhattan’s Metropolitan Room, as “a perfect night of cabaret” stating this is the kind of cabaret New York City needs more of.  A popular leading man in South Florida musical theatre, David brings his comfortable style, passion for music and remarkable vocal talents to every project he tackles, with humor, heart and joy.
This show WILL sell out! So reserve today and be a part of his star studded audience!
This is a CD Release Event! ALL in attendance will receive complementary copy of Lucky To Be Me: Recorded LIVE at the Metropolitan Room August 22nd, 2015
http://metropolitanroom.com/event.cfm?id=222431
$5.00 OFF COVER OF ALL MAC MEMBERS 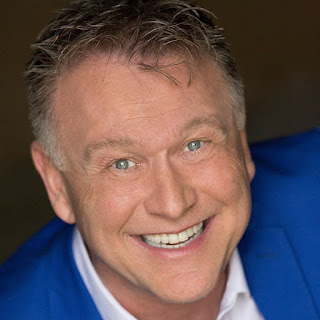 Richard Skipper Celebrates is the publicist for David Meulemans and Lucky To Be Me at NYC's Metropolitan Room. ! For press reservations, interview requests, or more information, contact Richard Skipper at Richard@RichardSkipper.com or 845-365-0720

Posted by RichardSkipper at 8:14 PM