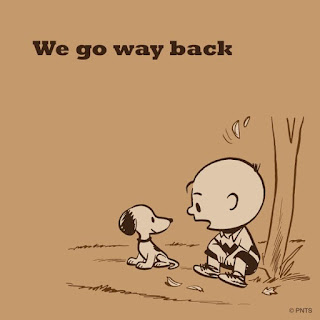 Happy April 27th, 2016!
April 27 is the 118th day of the year. There are 248 days remaining until the end of the year.
I have not written over the past several days. A dear friend of mine passed on. It is difficult. I'm holding on to the good times. I'm trying to focus on all the gifts she gave to me over the years. There were so many. She lives in my heart and will continue to do so until I take my last breath. She epitomized everything that show business is about...both on stage and off. I will forge on and do the best I can. That's all that any of us can do. All the other mishegoss doesn't matter.
As I sat down to begin my blog this AM, I was listening to Teresa Eggertsen-Cooke (who we will be seeing tonight at the Metropolitan Room) singing Send in the Clowns. It is so appropriate right now. My heart aches. Goodnight my friend.
I was also saddened to hear about the passing of Madeleine Sherwood. I loved her in The Flying Nun, How to Succeed in Business without Really Trying, and Cat on a Hot Tin Roof. 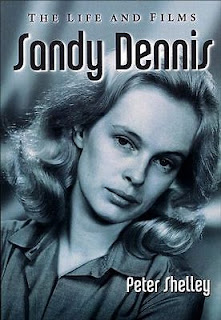 Last night, I needed a diversion. I found it in Hillary Kole's INCREDIBLE The Judy Garland Project at the Iridium. Thank you, Avi Duvdevani for inviting me to join your party. It was just what the Dr. ordered. Hillary, you are amazing!
Now, let's celebrate the gems of April 27th. A lot happened on this date. In 1974, ten thousand march in Washington, D.C., calling for the impeachment of U.S. President Richard Nixon.
Happy birthdays to Jack Klugman, Coretta Scott King and Ulysses S Grant. What an odd threesome born on the same April day. Klugman began his career in 1950. He later moved on to television and film work with roles in 12 Angry Men (1957) and Cry Terror! (1958). During the 1960s, he guest-starred on numerous television series. Klugman won his first Primetime Emmy Award for his guest-starring role on The Defenders, in 1964. He also made a total of four appearances on The Twilight Zone from 1960 to 1963. He also played opposite Ethel Merman in Gypsy.
Coretta Scott King (April 27, 1927 – January 30, 2006) was an
American author, activist, and civil rights leader, and the wife of Martin Luther King, Jr. from 1953 until his death in 1968. Coretta Scott King helped lead the African-American Civil Rights Movement in the 1960s. King was an active advocate for African-American equality. King met her husband while in college, and their participation escalated until they became central to the movement. In her early life, Coretta was an accomplished singer, and she often incorporated music into her civil rights work.
Anouk Aimée (French pronunciation: ​[anuk ɛme]; ) is a French film actress, who has appeared in 70 films since 1947, having begun her film career at age 14. In her early years she studied acting and dance besides her regular education. Although most of her films were French, she also made a number of films in Spain, Great Britain, Italy and Germany, along with some American productions.
Casey Kasem (April 27, 1932 – June 15, 2014) was an American disc jockey, music historian, radio celebrity, voice actor, and actor, known for being the host of several music radio countdown programs, most notably American Top 40, from 1970 until his retirement in 2009, and for providing the voice of "Shaggy" Rogers in the Scooby-Doo franchise from 1969 to 1997, and again from 2002 until 2009.
Sandy Dennis was born on April 27, 1937 in Hastings, Neb. She won back-to-back Tony's in '63, '64, and an Oscar in 1967.
Judy Carne, was an English actress best remembered for the phrase "Sock it to me!" on Rowan & Martin's Laugh-In.
Happy birthday, to the great great playwright August Wilson.whose work included a series of ten plays, The Pittsburgh Cycle, for which he received two Pulitzer Prizes for Drama. Each is set in a different decade, depicting the comic and tragic aspects of the African-American experience in the 20th century.
Sheena Easton is a Scottish-born recording artist and stage and screen actress with dual UK-USA nationality. Easton first came into the public eye as the focus of an episode in the first British musical reality television programme The Big Time: Pop Singer, which recorded her attempts to gain a record contract and her eventual signing with EMI Records.

Notable Transitions on This Date

Edward R. Murrow (April 25, 1908 – April 27, 1965) was an American broadcast journalist. He first came to prominence with a series of radio broadcasts for the news division of the Columbia Broadcasting System during World War II, which were followed by millions of listeners in the United States. During the war he assembled a team of foreign correspondents who came to be known as the Murrow Boys. 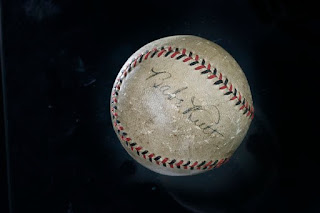 President Kennedy spoke at the Waldorf-Astoria Hotel in New York City on this date in 1961 before the American Newspaper Publishers Association. Kennedy asked the press for their cooperation in fighting Communism by applying the same standards for publishing sensitive materials in the current Cold War that they would apply in an officially declared war.
This transcript contains the published text of the speech, not the actual words spoken.

In Other Entertainment News
Just wanted to send this with an update on the
Judy Garland Museum's 2016 Wizard of Oz Festival. Click HERE
In addition, They've updated their website with Festival information and paypal buttons which allow for the purchase of tickets.
In future weeks, I will send you some articles and new news stories!

David Friedman is giving this concert to benefit the gorgeous Bijou Theatre in Bridgeport, CT.
David at the piano, and a group of wonderful singers, all from Connecticut.
An intimate evening of my songs.
For tickets, call the number at the bottom of the poster.
Unwritten, Celebrating 21st Century Female Singer-Songwriters.

Experience a diverse collection of 21st century songs written by outstanding artists such as Adele, Annie Lennox, Sara Bareilles, Susan Werner, Meghan Trainor and Tracy Chapman. The program reflects the voices of women in their early 20’s as well as those in their 60’s, and every decade in between, opening a window to the hearts and minds of contemporary women. Performances are on May 7, 19 and 20, and additional details are included on the flyer below. Call Don’t Tell Mama at 212-757-0788 (after 4 pm) to make reservations, or reserve online at donttellmamanyc.com (make sure to select the correct date for performance you want to attend).

Legendary Broadway star, Lee Roy Reams, will make his Feinstein's at the Nikko debut with his one-man show, Song and Dance Man, on Thursday, June 9 at 8 p.m. (Read MORE) 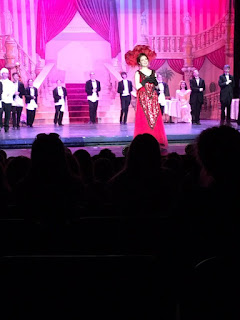 Posted by RichardSkipper at 4:09 PM