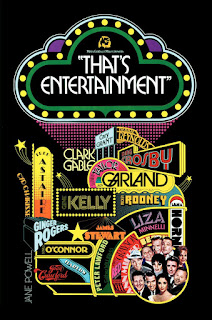 Happy Sunday, April 17th, 2016!
April 17 is the 108th day of this year. There are 258 days remaining until the end of the year.
It is a GORGEOUS spring day here in New York. As I sit down to begin today's blog, Billie Holiday's I'll Be Around is playing on the radio. It is another music filled weekend. I would like to begind by commending Jim Speake on performing to a capacity crowd at The Laurie Beechman Theatre yesterday. This was to celebrate his 2016 MAC (Manhattan Association of Cabarets and Clubs) Recording of the Year, Sweet Life. Although the show has closed, through the magic of recording, Sweet Life by Jim Speake will always be there. I have over 5,000 songs on my Ipod. Many of the singers and songs are by friends that are no longer with us physically, but I feel their presence every time I hear. That is the magic of film and music.
This afternoon, I'm looking forward to seeing Sally Darling and Matthew Martin Ward's celebration of Noel Coward. If you are in NYC at 6PM, please join our party! We will be at Don't Tell Mama.
As I sit down and look at the gems of April 17th, I think of new beginnings.
MGM was formed on this date, Daffy Duck was seen by audiences for the first time.
1964 – Ford Mustang is introduced to the North American market. 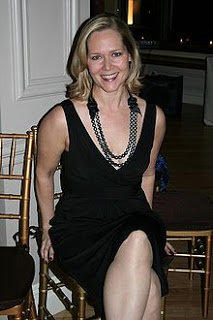 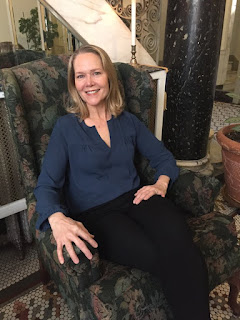 Here is our Mini inyerview:
Happy Birthday! What Does This Time in Your Life Mean To You?
Well, first of all, this time in my life is the happiest, healthiest and most satisfying time I can remember.  I love my husband (Danny Burstein), we have two wonderful sons, life is just plain good.  I'm very grateful for all the things in our lives.

Do you have a hard time changing when things change?
It depends.  If something bad is happening to a loved one like an illness, yes, that's hard. I don't want to have to deal with that happening to someone I care about.  Otherwise, I'm a fairly go-with-the flow person.  Change is good, generally.

What is your secret to keeping the balance between “Show Biz” and home life?
Danny and I have a very busy home life and we love to be together.  We generally leave our jobs at the stage door and can't wait to get home to each other.  We have our sons, our other family members and so many wonderful friends who keep our lives full and happy. 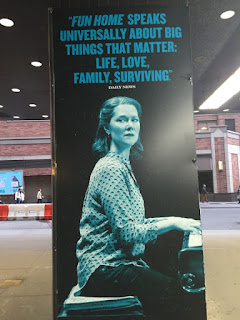 What do you do to refill the well when you've worked too hard and feel your life is out of  balance?
I like to keep in shape because that also keeps my mind balanced.  I love ballet, yoga, spin class, lifting weights, running outside, all of that helps my mind, body and spirit stay whole.

What is your biggest fear or an activity that you would never do, now that you’re older?
Biggest fear:  Leaving this earth too soon.  I want to be a very happy, very old lady.  Activity I'd never do:  Well, it's one I wouldn't even do when I was younger, and that bungee-jumping.  Yikes!

How do you measure success?
By my happy marriage, by how many friends I have, who love me and who I love, and by being able to do work that I respect and enjoy.

How did you get started in the entertainment industry? How has the landscape of cabaret changed since you first began?
I did some community theater in Birmingham, Alabama growing up and while there, met a couple of folks who would prove to be very influential.  I eventually, with their advice and help, made it to NYC (by way of the Michigan Opera Theater where I interned and met my future agent, Brett Adams).  Some enchanted evening in Detroit, eh?  He signed me after I moved to the city and off I went.

Have you done cabaret and your thoughts on it as an artform?
Cabaret is something I do only rarely; but enjoy very much!  I'm not sure how it's changed except to say it may be a bit more sophisticated, but also more free.  Anything and everything goes now, and I think that's terrific.  Also, more people are doing it, don't you think?

What one thing would you change in the world, to make it a happier place for yourself?
Oh hell, I'm already happy.  But I sure would like to make it happier for a lot of other people.  The displaced Syrians for example.  For those families whose daughters were kidnapped by Boko Haram in 2014.  There's so much suffering in the world.  I'd be happier if there was no terrorism and war. Period. What disappointment ended up teaching you an essential lesson?
Fortunately, a big disappointment happened very early in my career and the lesson has stayed with me to this day.  I was in the chorus of my first show, Phantom,and I desperately wanted to move up in the ranks and play the lead in the show.  Well, I had to pay my dues.  I wasn't ready, even though I thought I was.  It really hit me hard when I had to wait a long time to go on.  I know some people never get that chance and I didn't know how lucky I was to even be considered.  I learned patience, and I learned that you have to work hard on everything you do.  I had to swallow my pride again and again and that was good for me.

What comes up next for you?
Right now I'm in Fun Home until May 22nd and I'm having the time of my life.  What a beautiful show.  I have a few concerts coming up.

WHAT'S THE ONE THING YOU'RE RELIEVED I DIDN'T ASK YOU? 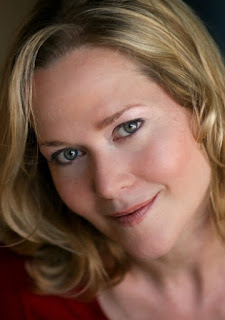 What do you love the most in nature?
The mountains and lakes up near our PA house.

What does your art help you express or resolve?
It helps me see the beauty in others and in the world, despite all the upheaval we see.


Thank you, Rebecca! Don't miss her in Fun Home! Now through May 22nd. Order Tickets HERE
I just ordered my tickets for May 5th! 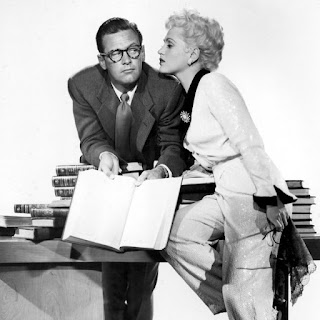 I can think of a lot of things to call Saito, but "reasonable"... that's a new one. -William Holden as Shears in Bridge on the River Kwai

Thornton Niven Wilder (April 17, 1897 – December 7, 1975) was an American playwright and novelist. He won three Pulitzer Prizes—for the novel The Bridge of San Luis Rey and for the two plays Our Town and The Skin of Our Teeth — and a U.S. National Book Award for the novel The Eighth Day. And of course, The Matchmaker!
Happy Birthday to Byther Smith (Blues Musician) and Tony Bellus (Singer-Musician), Marta Eggerth (Singer-Actress) & Andy Prieboy (Wall of Voodoo), Don Kirshner, Alexander Graves, Billy Fury, Roy Estrada, Chris Barber, Linda Martin.

The once a month Wednesday series, "Spotlight," will feature varied musical genres, with a concentration on the art of great storytelling. The series will open with longtime LMG artist, Jazz singer Martha Lorin, on May 18th.

Martha, whose voice has been lauded by many a critic these last 20 years, is a champion of the classic songbook. Martha's acclaimed vocal style is a tribute to the golden days of the supper club, but with a hip up-to-date musical feel. Performing with jazz cats Jon Weber and Sean Harkness, the improvisational show is a tour-de-force of great musicianship.
The song choices are organic in nature; how they feel, is, what they sing. Martha's appears on Wednesday,  May 18th from 8:00 - 10:00 pm.....

Following Martha into the room on Wednesday, June 15th 8:00 - 9:30 pm; is indie/rock group, The Ember Jar, in their NY debut. The Midwest based group, made up of guitarist/singer Kevin Scott Joiner, singer/songwriter Abby King and drummer Vinnie Carrasco, will release their new single, "Stardust," this spring. The date is part of a mini tour to the east.

Lampkin and Gines have known each other since the days of Charles DeForest at Danny's Skylight Room, thru their mutual love of the classic songbook and the art of good storytelling, the two started talking about the possibility of working together last fall. With 50 years of show business experience between the two of them, each has worked with the best in the business. They hope to continue bringing good music to the public at this intimate club.

Check out the website (www.cafenoctambulo.com)  for more information or check out the Lampkin Music Group FB page.If you are interested in being part of this intimate series, please email Lampkinmusic@gmail.com.

Please do what YOU can to be more aware that words and actions DO HURT...but they can also heal and help!
Here's to an INCREDIBLE tomorrow for ALL...with NO challenges!
Please leave a comment and share on Twitter and Facebook

PLEASE CELEBRATE WITH US Friday NIGHT May 6th in NYC


Posted by RichardSkipper at 1:36 PM