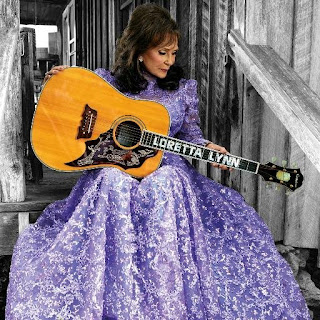 To make it in this business, you either have to be first, great or different and I was the first to ever go into Nashville, singin’ it like the women lived it.
- says living legend Loretta Lynn

Happy Thursday, April 14th, 2016!
April 14 is the 105th day of this year. There are 261 days remaining until the end of the year.
My request for ALL reading this is to strive to be the best YOU today!

As I sat down to begin my blog today, Johnny Mathis singing Embraceable You was playing in the background. This is one of those days that is jam packed with historical events and birthdays.

It was 151 years ago today that President Abraham Lincoln was shot to death by John Wilkes Booth, and to mark the anniversary, The Associated Press dusted off its original report of the assassination. Read MORE.  Lincoln was the 16th President of the United States, serving from March 1861 until his assassination. Lincoln led the United States through its Civil War—its bloodiest war and an event often considered its greatest moral, constitutional, and political crisis. In doing so, he preserved the Union, abolished slavery, strengthened the federal government, and modernized the economy. 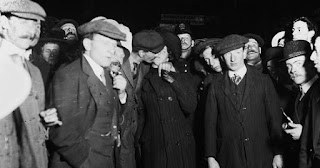 Today is the 104th anniversary of the Titanic's historic loss to Mother Nature who, I believe, remains unbeaten. At 11:39 p.m. on April 14, 1912, lookout Frederick Fleet spotted an iceberg dead ahead of the Titanic, which was steaming at near full speed on her maiden voyage to New York.
On this date in 1961, the year I was born, Bay of Pigs Invasion: Brigade 2506, the group of 1,400 Cuban exiles, boarded ships and departed from Puerto Cabezas, Nicaragua for a three-day voyage to Cuba.

A person is a person through other persons-
Archbishop Desmond Tutu

45 years ago today, around 5AM, my mother got up, made sure the house was cleaned, packed mine
and my sister and brother's clothes, and had our dad take us to our Uncle Bill and Aunt Janice's.
Several hours later, we found out we had a baby brother! So hard to believe he is 45 today! John, I love you. He was eight years old when I left South Carolina! WHERE does the time go?
Today is also the birthday of one of my favorite artists, Loretta Lynn!
I grew up with country music always being played in our home. Loretta Lynn, along with Conway Twitty, were two artists I grew up listening to. A LOT! Country singer and songwriter Loretta Lynn grew up in the remote, poverty-stricken town of Butcher Hollow, Kentucky. Named after Loretta Young, Lynn didn't do much singing in her early youth. Instead, after one month of dating, she was married at age 13 to Mooney (Moonshine) Lynn (he was 19), who took her 3,000 miles away to Custer, Washington, where he worked in logging camps. Lynn became a mother at 14 and had four children in her first four years of marriage; she was a grandmother at 29. Besides taking care of the kids, taking in other people's laundry, and
occasionally making extra money by picking strawberries with migrant workers, Lynn began writing songs on her Sears Roebuck guitar. Her husband encouraged her to go public and became her manager, lining up shows at local bars and clubs. At age 27 Lynn cut a record for the California Zero label, "I'm a Honky Tonk Girl," which she and Mooney promoted themselves by visiting radio stations around the country. They worked their way to Nashville, and the song eventually became a #14 hit on the C&W national chart. (Read MORE)
A self-taught guitarist and songwriter, Lynn became one of the most distinctive performers in Nashville in the 1960s and 1970s, shaking things up by writing her own songs, many of which tackled boundary-pushing topics drawn from her own life experiences as a wife and mother.
In addition to being “first,” she was also “great” and “different.” Loretta Lynn’s instantly recognizable delivery is one of the greatest voices in music history. As for “different,” no songwriter has a more distinctive body of work. In lyrics such as “Don’t Come Home A- Drinkin’” and “Your Squaw Is on the War Path” she refused to be any man’s doormat. She challenged female rivals in “You Ain’t Woman Enough” and Fist City. She showed tremendous blue-collar pride in “Coal Miner’s Daughter” and “You’re Lookin’ at Country.” She is unafraid of controversy, whether the topic is sex (“Wings Upon Your Horns”), divorce (“Rated X”), alcohol (Wouldn’t It Be Great) or war (“Dear Uncle Sam”). “The Pill,” her celebration of sexual liberation, was banned by many radio stations. Like the lady herself, Loretta Lynn’s songs shoot from the hip. (Source: Loretta Lynn's Website)

On this date in 1939, The Grapes of Wrath, by John Steinbeck is first published by the Viking Press. 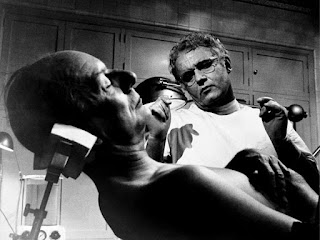 Remembering John Gielgud and Rod Steiger on their birthday. pictured here in Tony Richardson's THE LOVED ONE ('65)

You're getting on. You're pushing 30. You know, it's time to think about getting some ambition.-Rod Steiger as Charley in On The Waterfront


Rod Steiger (April 14, 1925 – July 9, 2002) was an American actor, noted for his portrayal of offbeat, often volatile and crazed characters. Cited as "one of Hollywood's most charismatic and dynamic stars", he is closely associated with the art of method acting, embodying the characters he played, which at times led to clashes with directors and co-stars. He starred as Marlon Brando's mobster brother Charlie in On the Waterfront (1954), the titular character, Sol Nazerman, in The Pawnbroker (1964), and as police chief Bill Gillespie opposite Sidney Poitier in the film In the Heat of the Night (1967). His In the Heat of the Night performance won him the Academy Award for Best Actor.
Brad Garrett, American actor and comedian

The way to get started is to quit talking and begin doing. -Walt Disney 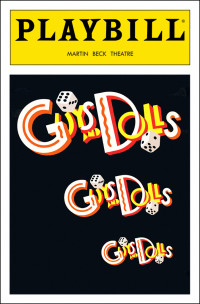 An Artist Worth Celebrating
Jeff Cubeta! 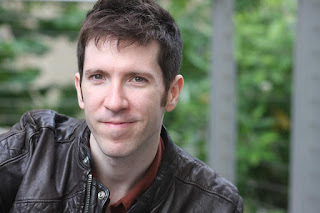 Songwriter, record producer, vocalist, and pianist Jeff Cubeta will release an album of electronic dance music under the pseudonym Total Tops in 2016.   An active performer, Mr. Cubeta has music directed shows for cabaret artists Carolyn Montgomery-Forant, Raissa Katona Bennett, and La Tanya Hall.   He is currently working with Lucille Carr-Kaffashan on her new show at Don't Tell Mama on May 7th. 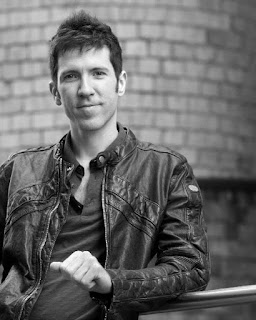 Here is our mini-interview
What Does this time in your life means to you?
This time in my life is all about development.  I am developing as a record producer/songwriter (of top 40/dance music) and continuing to develop as a pianist/musical director.

What is your business background?
My business background is primarily experiential.  While I did spend some time working in arts nonprofits in Pittsburgh (where I lived in the early 2000s) - and in my friend's gem laboratory (where I worked for a couple of years) here in New York - I have learned most of my business training on my feet as a freelancer in New York.   My degree was in education, and I certainly did not learn anything about business there!  : )

What is your secret to keeping the balance between “Show Biz” and home life? 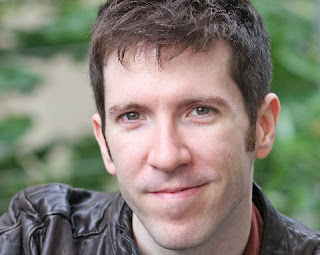 I don't have much distinction between showbiz and home life.  My creativity is my life at this point, and I love it.  My roommates are also actors/singers, and they are passionate about it as well, which makes our home life very supportive and energizing.  I love making music, and I pretty much think about it from sunup to sundown.

What do you do to refill the well when you've worked too hard and feel your life is out of  balance.
I am a big believer in getting enough rest.  It is the first thing that I remind myself to do when I feel like I've hit the wall.  I also have a lot of visual reminders in my workspace about the reasons I am following my musical passions.  I believe in leaving a legacy in honor of the LGBT people who have come before me and fought for my rights to express myself, and I want to create a more open, equal world for LGBT youth, which is why I want to continue to increase my visibility as a gay record producer/songwriter.

How do you measure success?
Success to me is doing what you want to do and living in a great way too. 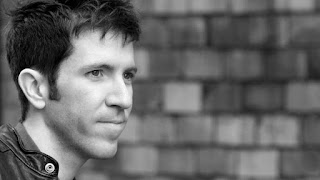 What disappointment ended up teaching you an essential lesson?My family was initially not accepting of my homosexuality, and it proved to be very painful, traumatic experience in many ways too numerous to list here.  However, that experience certainly challenged me to reach down and decide what I wanted out of my creativity, and decide specifically why I produce the works I am producing.  ​

What comes up next for you?
I am working on a large recording project right now with my fashion designer friend Anthony Manfredonia.  He is creatively directing videos for my pop songs, and we are enlisting the help of some pretty excellent singers including Chloe Williamson and Nina Siegel. 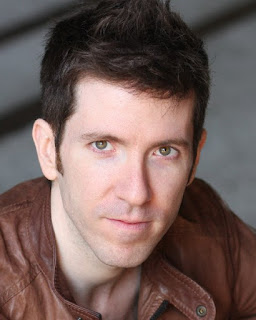 WHAT'S THE ONE THING YOU'RE RELIEVED I DIDN'T ASK YOU?
What my favorite Broadway show is.  Honestly, I am not a theater guy at heart, although (let me be clear) I LOVE THEATER.  I simply – if given the choice of going to see a rock show or a theater performance – would most often choose the rock show.

What do you love the most in nature?
Flowers.  I am a whore for flowers.

Thank you, Jeff, I will anxiously be following your career!

I would like to thank Roxanne Richards for having Daniel Sherman, my husband, on her radio program tonight. Here it is in case you missed it:
Here is a link to Danny on the Radio on Sound Cloud.

Posted by RichardSkipper at 8:54 PM