Happy April 15th, 2016!
April 15 is the 106th day of this year. There are 260 days remaining until the end of the year. As I sat down to begin my blog today, Bette Midler's The Folks who Live on the Hill was playing on the radio. SUBLIME! One of my favorite artists paired with one of my favorite songs.  Today, the filing deadline for U.S. federal income tax returns for individuals remains April 15 or, in the event that the 15th falls on a Saturday, Sunday or holiday, the first succeeding day that is not a Saturday, Sunday or holiday.Today’s birthdays; Roy Clark, Marty Wilde, Robert Walker, Jr., Lois Chiles, Emma Thompson, Thomas F. Wilson and Alice Braga.
Yesterday was the birthday of another country music icon, Loretta Lynn. As I said in yesterday's blog, I grew up in a country music household. As a South Carolinian, that was the music that was always playing in our home.
I almost had to fight for equal time in the musical comedy realm. Today, I salute  Roy Clark!  Roy Clark is the ultimate entertainer! ... Look for Roy's NEW book which will be available soon. You will find more insight into the life of this amazing entertainer. If any of the powers that be are paying attention, I would LOVE to interview Mr. Clark when the book comes 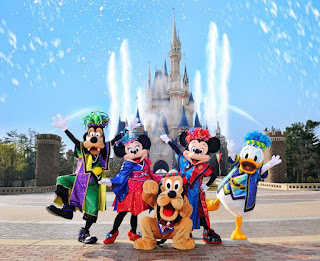 out. I first became familiar with him because of the hit show, Hee Haw. This show, for any of my readers who MIGHT know, was a "poor man's Laugh-In."
It was essentially a Burlesque show with blackout sketches, a regular cast, and showcasing the best of country music each week.

Other incredible things happened on this date. On this day in 1983, Tokyo Disneyland opened its gates for the first time. Happy 33rd anniversary!
1912 - Isidor and Ida Straus, the owners of Macy's  were among those that perished in the Titanic disaster.

Notable Birthdays
1917 – Hans Conried, American actor (d. 1982)
Remembering BESSIE SMITH on her BIRTHDAY! "NOBODY KNOWS YOU WHEN YOU'RE DOWN & OUT".
Singer (1894–1937)- September 26, 1937
Jazz and blues vocalist Bessie Smith's powerful, soulful voice won her countless fans and earned her the title "Empress of the Blues."
Born Today 1933 Elizabeth Montgomery: Court-Martial of Billy Mitchell (Film Debut), Who's Been Sleeping in My Bed and, of course, TVs Bewitched.
Linda Bloodworth-Thomason, American screenwriter and producer. Here is an interview with Linda.
Craig Zadan, American director, producer, and screenwriter
Heloise, American journalist and author


Notable Transitions on This Date
Actress Clara Blandick ("The Wizard of Oz") died on this date in 1962. She's at Forest Lawn Glendale.
Actor Richard Conte ("The Godfather," "Ocean's 11") died on this date in 1975. He's at Westwood Memorial Park.
Raymond Bailey (May 6, 1904 – April 15, 1980) was an American actor on the Broadway stage, films, and television. He is best known for his role as wealthy banker, Milburn Drysdale, in the television series The Beverly Hillbillies.
Greta Garbo, born Greta Lovisa Gustafsson 18 September 1905 – 15 April 1990), was a Swedish film actress and an international star and icon during the 1920s and 1930s. Garbo was nominated three times for the Academy Award for Best Actress and received an honorary one in 1954 for her "luminous and unforgettable screen performances." In 1999, the American Film Institute ranked Garbo fifth on their list of the greatest female stars of Classic Hollywood Cinema, after Katharine Hepburn, Bette Davis, Audrey Hepburn, and Ingrid Bergman.

In other Entertainment News 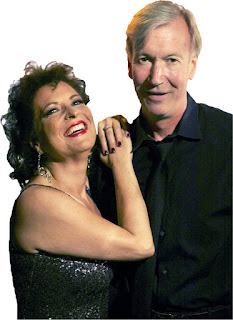 Twenty-five years ago, these two artists joined forces. A QUARTER CENTURY!
Who does that in this biz?! Well, they have. And they're gathering to celebrate with a show packed with their personal and fan favorites from a catalogue of 25 years. Their goal is to do what they did the first day they met in Daryl's studio - express themselves together with every note, every lyric, every moment. They're enormously excited to rejoice in this very long and extraordinarily fulfilling collaboration with you (and, of course, they promise to bring the house down)!
Of course, they're really just kicking off the next 25 years. And they will be joined by Sean Conly on bass and Gene Lewin on drums (with whom we've played for nearly all those 25 years!)

Posted by RichardSkipper at 7:55 PM