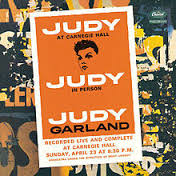 I knew the full 'Judy Garland Carnegie Hall' double album set at age 2. And then my mother wondered why I was gay. I was like, 'Are you nuts? You would make me get on the table to sing Judy Garland songs and you're upset?' Mario Cantone

Happy Saturday, April 23rd, 2016!
We'll sing 'em all, and we'll stay all night!
55 yrs ago today: Judy Garland recorded her classic "Live At Carnegie Hall" album. It spent 13 weeks at #1 This concert appearance, on the night of April 23, 1961, has been called "the greatest night in show business history".  Garland's live performances were big successes at the time and her record company wanted to capture that energy onto a recording. The double album became a hit, both critically and commercially. 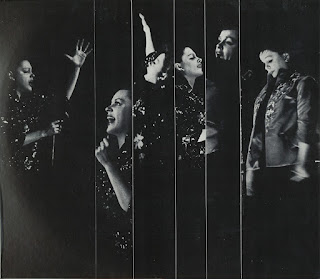 TheJudyRoom.com presents: Judy at Carnegie Hall -Anniversary Tribute Video.
Tribute video celebrating the 50th Anniversary of Judy Garland's once-in-a-lifetime concert "Judy at Carnegie Hall - captured on album by Capitol Records and still considered the greatest night in show business history. The album went on to win 5 Grammy's and has never been out of print since its release in July, 1961.
See the complete silent home movie footage HERE

I have written many times of my love of Judy Garland. Mario's quote above was me as a kid! She is still vibrant today. As a matter of fact, she is the star of the month on Turner Classic Movies for April. 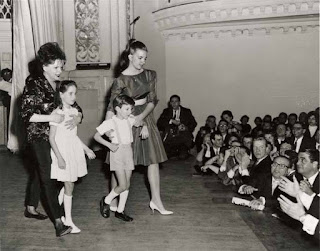 Using rare home movies, radio interviews and stills, Steve Kmetko celebrates the anniversary of what has been called the greatest concert ever given. Check it out HERE.
Act 1 of 2 of Judy Garland's live performance at Carnegie Hall in 1961
Recorded Live at Carnegie Hall on Sunday, April 23, 1961 at 8:30 PM. Listen HERE 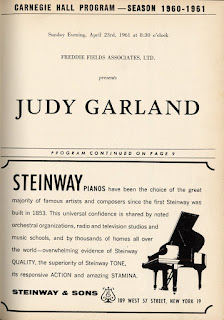 one of the most storied concerts in the near 120-year history of the Hall. Although it was released as a live recording, relatively few images of the concert survive. This slideshow gathers photographs—including several rare color images—and related artifacts from the Carnegie Hall Archives.
If you don't own it, ORDER TODAY.

Speaking of Judy...The remarkable Hilary Kole conjures the spirit and beauty of Judy Garland in stunning arrangements
of songs made famous by the singer, including:
The Trolley Song, The Boy Next Door, A Cottage for Sale, The Man That Got Away, and Over the Rainbow.
Long a beloved staple on the NYC jazz scene and world-renowned as a multi-faceted concert hall and symphony performer, Hilary Kole has engaged audiences throughout the world since beginning her professional career at the legendary Rainbow Room.
Hailed by critics as a “musical marvel!” (Rex Reed, NY Observer) and with “understated elegance and playful warmth” (USA Today). She has appeared at the famed Oak Room at the Algonquin Hotel, at Lincoln Center as part of the “American Songbook Series,” and at Carnegie Hall, alongside Quincy Jones, Herbie Hancock and Nancy Wilson. 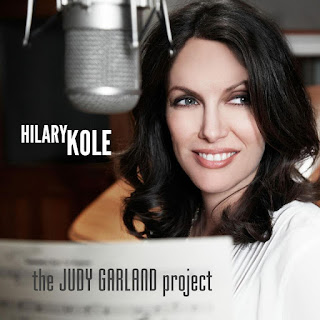 Additional major international appearances have included repeat performances at Blue Note Tokyo, the Montreal Jazz Festival, The Umbria Jazz Festival, as well as appearing with orchestras throughout America, including the New York Pops, Colorado Symphony, the Florida Orchestra, and others. 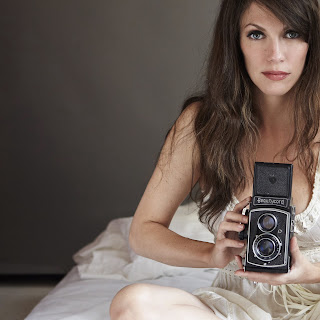 In other Entertainment News
An American In Paris, still running at Broadway's Palace Theatre (where Judy appeared several times), is heading to London (Judy adored London and they adored her; she passed on there June 22nd, 1969): it will begin performances March 4, 2017, at the Dominion Theatre, prior to an official opening March 21. Read MORE .

Downtown’s alternative supper-club Pangea is girding itself for a decadently delicious month of performances, as two spellbinding innovators launch major engagements in its jewel-box show room:  First it’s the singing sorcerer of multi-media performance, Joseph Keckler, in a new show starting Thursday April 28.  Then Australian alt-cabaret phenomenon Kim David Smith is a close second, as he premieres “Morphium Kabarett” -- a weekly Monday-night neo-Weimar cabaret salon -- on Monday May 2.
East Village hideaway Pangea is a unique restaurant-bar and cabaret with a downtown vibe that programs a wide range of quality performers and shows representing a diversity of styles and aesthetics.  The one-of-a-kind music and dining experience (featuring a deliciously priced Italian-Mediterranean menu) mixes sophistication and adventurous creativity. 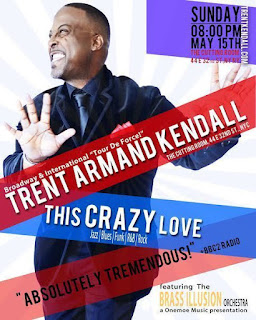 TRENT ARMAND KENDALL: This Crazy Love
featuring The BRASS ILLUSION Orchestra
SUNDAY, May 15th@8pm ( doors open @ 7pm)
http://tickets.thecuttingroomnyc.com/event/1126603-trent-armand-kendall-new-york/THIS CRAZY LOVE is a throwback to the Vegas entertainer who literally did it all. Everything is on the menu musically (jazz, blues, r&b, rock/pop, broadway), plus Trent uses this as an opportunity to bring the FUNNY and DANCE! The show briefly chronicles Trent's career ( Broadway, Off Broadway, National Tours, London's West End )and makes use of past performances from SMOKEY JOE'S CAFE' and FIVE GUYS NAMED MOE, but also includes a couple of cuts from his debut CD, INTRODUCING TRENT KENDALL, SO MUCH TO SAY ( '95 , Dress Circle Records, UK). The audience taken on a non-stop thrill ride of tunes from the 1950's to present day. They have contemporary, sophisticated, high power orchestrations breathing new life into hits by Blood, Sweat & Tears, Sam and Dave, Ben E. King,  The Temptations, The Carpenters, Luther Vandross, The O'Jays, Maroon 5, U2/B.B. King, Ceelo Green, Sam Cooke, Ray Charles, Gladys Knight and LeAnne Womack. How's that for variety? And it's all backed up by a fantastic nine piece orchestra. The Jersey based Brass ILLUSION, led by Marty Ash, is one of the best ensembles in the tri-state!
It's a PARTY and simply everyone must come. It's too good to miss!
Produced by Onemoe Music
www.trentkendall.com

Mame, starring stage icon Angela Lansbury opened on Broadway 50 years ago this year (on May 24th, 1966) - and in celebration, members of the company, including Lansbury, will gather for a 50th Anniversary Celebration at Sardi's on May 26. Other cast appearances have yet to be confirmed. This is not open to the public. However, we will be celebrating Mame as part of our May 25th celebration. I hope that you will join us. Here are the details. Please reserve TODAY! PLEASE CELEBRATE WITH US MAY 25th in NYC at The Triad!
Richard Skipper Celebrates May 25th! A New Talk/Variety Show! He will be joined by Anna Bergman, Carolyn Montgomery-Forant, Gretchen Reinhagen, Adam Shapiro, Leslie Orofino, Wendy Scherl, Carol Skarimbas (joined by Larry Woodard) and an all star cast celebrating the many gems of May 25th 8PM Show... AND A VERY SPECIAL BIRTHDAY TRIBUTE TO CAROLE DEMAS! Wait till you see Adam B. Shapiro's tribute to Moon Exploration and Frank Oz Reservations a MUST! You Never Know Who You Might See There!

Posted by RichardSkipper at 5:07 PM