Somebody once said we never know what is enough until we know what's more than enough. Billie Holiday, certainly one of the foremost American song stylists

Happy Thursday, April 7th, 2016!
Today is the 98th day of this year. There are 268 days remaining until the end of the year.
I hope this finds you well. As I begin today's blog, I'm listening to My Reverie sung by Bea Wain on the radio. Tonight, I will be going to Don't Tell Mama to celebrate Wendy Scherl in her show, What Do You Do All Day? I always immerse myself in music. I believe the world Lady Sings the Blues first came out. I like to look back to admire our historic icons.
would be a better place if more people did that instead of the hate rhetoric. Today is the birthday of Billie Holiday. I guess I first became familiar with her in 1974 when
On this date in 1967, film critic Roger Ebert published his very first film review in the Chicago Sun-Times. HERE is Roger's review of Lady Sings The Blues.
Thank you, Alan Eichler for sending me this:

Other Notable Birthdays Today
1908 – Percy Faith, Canadian composer, conductor, and bandleader (d. 1976).
Percy Faith had a tremendous career, doing just what he wanted to do, creating albums of beautiful music.   Actually that's the second half of his career, the first was "on the air" bringing his unique orchestral arrangements and compositions to radio. He recorded over a thousand arrangements with a style that could never be duplicated.  There are several great CD reissues by Taragon and Collectables, and manufacturing remains with Sony (Taragon does its own remastering), so the quality is superb.
Millions of thanks go to Good Music, Collectables, and Taragon for bringing Faith's music to us in the window-on-sound CD format.
From 1955 to 1957 he worked as musical director for the CBS show Woolworth Jazz Hour, where this radio broadcast took place.December 9th, 1956 is the only session Billie ever did with Faith. Count Basie was also in the show.
James Garner (born April 7, 1928) was one of the first Hollywood actors to excel in both media. He starred in several television series spanning a career of more than five decades.
These included his roles as Bret Maverick, in the popular 1950s western-comedy series, Maverick and Jim Rockford, in the popular 1970s detective drama, The Rockford Files. He has starred in dozens of movies, including The Great Escape (1963); Blake Edwards’ Victor Victoria (1982) and Murphy’s Romance (1985), for which he received an Academy Award nomination.
Alan Jay Pakula (April 7, 1928 – November 19, 1998) was an American film director, writer and producer noted for his contributions to the conspiracy thriller genre. In 1962, he produced To Kill a Mockingbird, for which he was nominated for a Best Picture Academy Award. Pakula directed whatKlute, The Parallax View and All the President’s Men. Pakula scored another hit in 1982 with Sophie’s Choice, starring Meryl Streep. His screenplay was nominated for an Academy Award.
might be called a “paranoia trilogy”:

Notable Transitions on This Date

1981 – Norman Taurog, American director and screenwriter (b. 1899). He worked early on on The Wizard of Oz
He was (February 23, 1899 – April 7, 1981) was an American film director and screenwriter. From
1920 to 1968, Taurog directed 180 films.
At the age of 32, he received the Academy Award for Best Director for Skippy (1931). He became the youngest person ever to win the award, a record that still remains unbroken as of today. He was later nominated for Best Director for the film Boys Town (1938). He directed some of the best known actors of the twentieth century, including his nephew Jackie Cooper, Spencer Tracy, Mickey Rooney, Judy Garland, Deanna Durbin, Fred Astaire, Gene Kelly, Deborah Kerr, Peter Lawford, Dean Martin, Jerry Lewis, and Elvis Presley. Taurog directed six Martin and Lewis films, and nine Elvis Presley films, more than any other director.
For his contribution to the motion picture industry, Norman Taurog has a star on the Hollywood Walk of Fame at 1600 Vine Street. Though famous to classic film buffs and aficionados of the “Golden Age” of Hollywood, Norman Taurog is not necessarily a name that resonates with the modern moviegoer. In spite of this, he was well known in his day, with 180 films to his name over the course of his career. Though such a sheer volume of work is impressive in itself, in addition to his many achievements,
In July of 1938, MGM announced that Taurog was tapped to direct their upcoming film adaptation of L. Frank Baum’s book, The Wizard of Oz. As it turns out, Taurog was eventually replaced by another director after completing test footage for the film’s difficult and extravagant makeup and set design. (Read MORE).

In 2001, Beatrice Straight passed on this date in Los Angeles, California, USA.


In Entertainment News
As most of you know, Sunday was Doris Day's Birthday. SHE is among my three ultimate bucket list interviews! When Doris Day heard her exclusive 92nd birthday picture was trending on social media, she was pleased (and surprised) to hear about the huge response. (Read MORE). 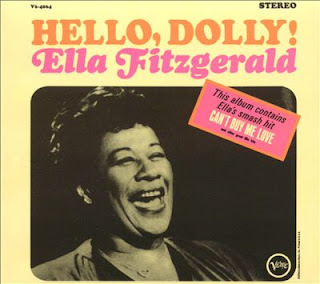 PLEASE CELEBRATE WITH US TONIGHT IN NYC! April 7th in NYC

Wendy Scherl returns in What Do You Do All Day?  Directed by the incredible Helen Baldassare with great musical direction by Matthew Martin Ward. Wendy is an amazing vocalist with a rangy and rich sound. “This is someone to watch!” Go see her, you can thank me later.
- Sue Matsuki   In “What Do You Do All Day”, Wendy Scherl shares anecdotes and song about the numerous hats she wears every single day as a wife, a mother of two boys and two dogs, a short order cook, a daughter, a house manager, a chauffeur and Cabaret Singer! Her show is both touching and real, theatrical and funny!
This show WILL sell out! So reserve today and be a part of his star studded audience!
You will truly be amazed by what this full-time executive director of a family of four accomplishes every day!  Wendy will wow you with both her choice of material and her talent!
After graduating from Northwestern University with a BA in Theatre, Wendy performed in numerous
regional theatre productions around the country, including some of her favorite productions: Hair (The official 20th Anniversary Production in Chicago), Grease (numerous roles), Annie (Grace), The Pajama Game (Babe), and Godspell.

Posted by RichardSkipper at 6:01 PM