Quinn Lemley: From Burlesque to Broadway 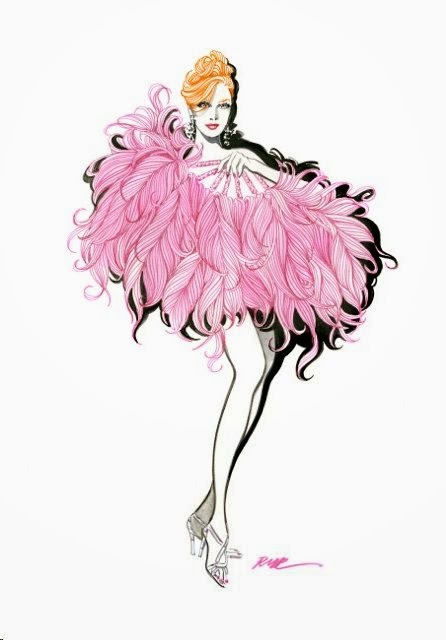 Quinn Lemley's flirtatious personality pours thru her microphone.
Her phrasing swings as easily as it seduces.
-Swingtime Magazine

I hope you are having a great day. Here in New York, we are experiencing record cold temperatures, but rest assured, next week the heat will once again be on in New York City!
In four-nights at the Gramercy Theatre, audiences will experience the remarkable impact of burlesque on musical tastes across a century thanks to Quinn Lemley.

From the Great American Songbook to Rat Pack to rock 'n roll, Burlesque to Broadway starring Quinn Lemley, shows how wide-ranging this impact has been... one of the many unexpected pleasures of this hard-charging show.

Quinn Lemley is truly one of New York's most well-liked entertainers. I divide those who show up on our stages between entertainers and performers.
A trained seal is a performer. It's only goal is to receive a payoff, a fish! An entertainer is their for the 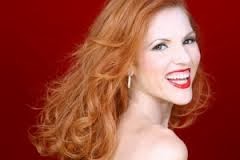 comfort level of their audiences. Their very being depends upon whether or not the audience is having the best possible time. Quinn falls into THAT category. You can see for yourself as Quinn's Burlesque to Broadway's Off-Broadway premiere opens at the Gramercy Theatre, 127 East 23rd Street, running Wed to Sat February 5 to 8. All at 8pm.

The years run together as to how long we have known each other. I first became familiar with Quinn through her one woman show, The Heat Is On! A life in concert celebrating Rita Hayworth.Quinn has the sensuality and the heart and soul to pull off such a feat.
She garnered rave reviews and many bookings. She, however, needed something bigger and she found it with From Burlesque to Broadway.Both shows tour first class performing arts centers and casinos around North America. 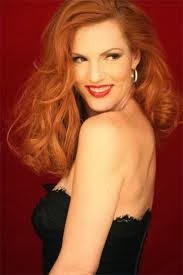 Off-Broadway, Quinn has been seen in the NYC premiere of Israel Horovitz’ Barking Sharks; Sirens Of The Silver Screen; she originated the role of Colette in Born To Rhumba! at the Duo Theatre; LaMar in Wanda and The King of Hair at the Abington Theatre.
Broadway workshops include Rita!, Hollywood Goddess and a Turkish tour of David Ives’ Universal Language.
She has appeared on television on Good Morning America, Oprah, and Geraldo.
She played a siren in the recent film The Greatest Ears in Town – The Arif Mardin Story by Hudson River Films with Bette Midler, who knows a thing or two about Burlesque, and Norah Jones and Lucky Stiff, a film noir ; she also co-starred in the Sundance winner, Picasso Would Have Made A Glorious Waiter.
Quinn has also performed her jazz show Sexy, Smokin’ Standards in NYC at BB Kings Blues Club and is thrilled to be “the iconic face” of The Half Note Jazz Club in Athens Greece.

Her shows have toured Greece, Switzerland and China.
Burlesque to Broadway has been a passion of Quinn's for sometime. Burlesque gradually lost popularity beginning in the 1940s. A number of producers sought to capitalize on nostalgia for the entertainment by attempting to recreate the spirit of burlesque in Hollywood films from the 1930s to the 1960s. There has been a resurgence of interest in this format since the 1990s, and it inspired a 2010 musical film, Burlesque, starring Christina Aguilera and Cher.
I saw the very first incarnation of Burlesque to Broadway several years ago.She STARTED big, saw what worked and didn't work, and began tweaking, cutting, paring, adding, and doing whatever was needed to make this show the extravaganza that it has become. 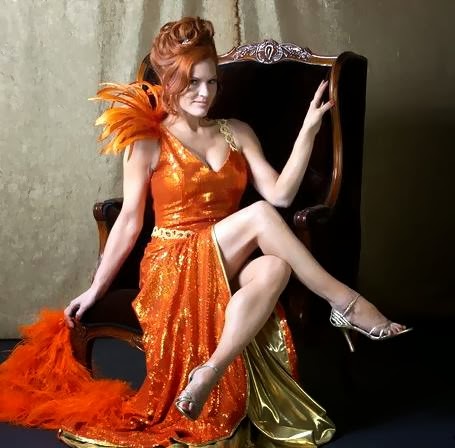 I believe this show belongs in Atlantic City and/or Vegas or another similar venue. The closest I have seen of a show like this are the 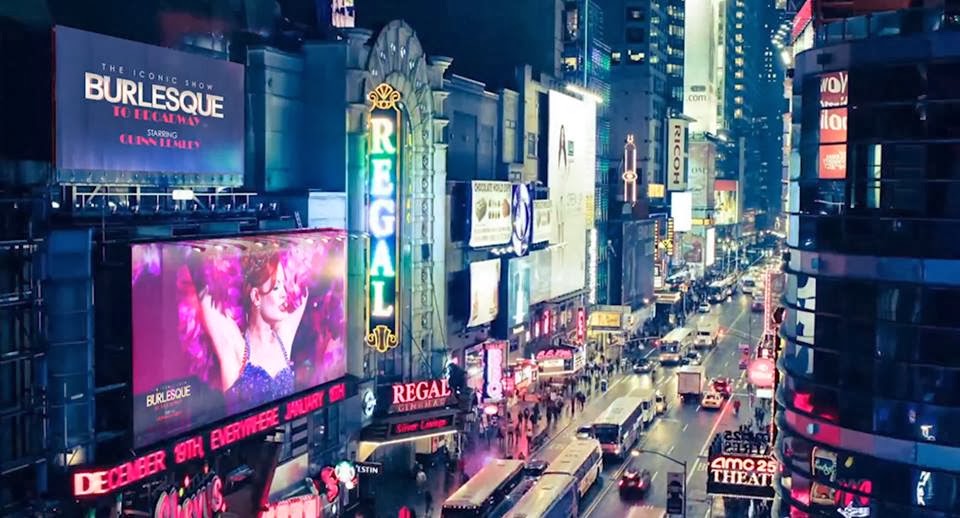 television special of the sixties of Ann-Margret, Mitzi Gaynor, and Shirley MacLaine.
Bette Midler is the closest we have of any star who has carried on that tradition.

I am convinced that at a different time, Quinn would be starring in her own television specials. I also believe that at another time, Quinn would already be a big star.
Watching what I could of the Grammys on Sunday night (and that was only catching snippets by channel surfing), I am reminded sadly of how low we have sunk as far as entertainment is concerned. There is a sameness to most of what is being manufactured. I refuse to believe it is generational.
When I was a kid, I gravitated towards Garland, Sinatra, Streisand, Peggy Lee, Ella Fitzgerald, and others from my parents generation. If it is good, it is good.
There is also a major element of class and elegance missing from, not only the Grammys, but most Award shows. The writers are playing to the lowest common denominator. Women feel that is endears them to many if they "accidentally" drop the f-bomb.
Cate Blanchett turned me off so completely at the recent Golden Globe Awards with her flippant comment about Judy Garland and barbiturates. Is that really necessary?
What happened to holding one's self up to a higher standard?
I can honestly say that Quinn does hold HERSELF up to a very high standard. She does so in both her work ethic and how she presents herself on stage...even when dealing with burlesque.
Burlesque is a literary, dramatic or musical work intended to cause laughter by caricaturing the manner or spirit of serious works, or by ludicrous treatment of their subjects.The word derives from the Italian burlesco, which, in turn, is derived from the Italian burla – a joke, ridicule or mockery.
Most people know of that era in our entertainment history due to the musical Gypsy, based on the life of Gypsy Rose Lee. Gypsy was a perfect match for burlesque because she single handedly created the strip "tease: and slyly lampooned it. 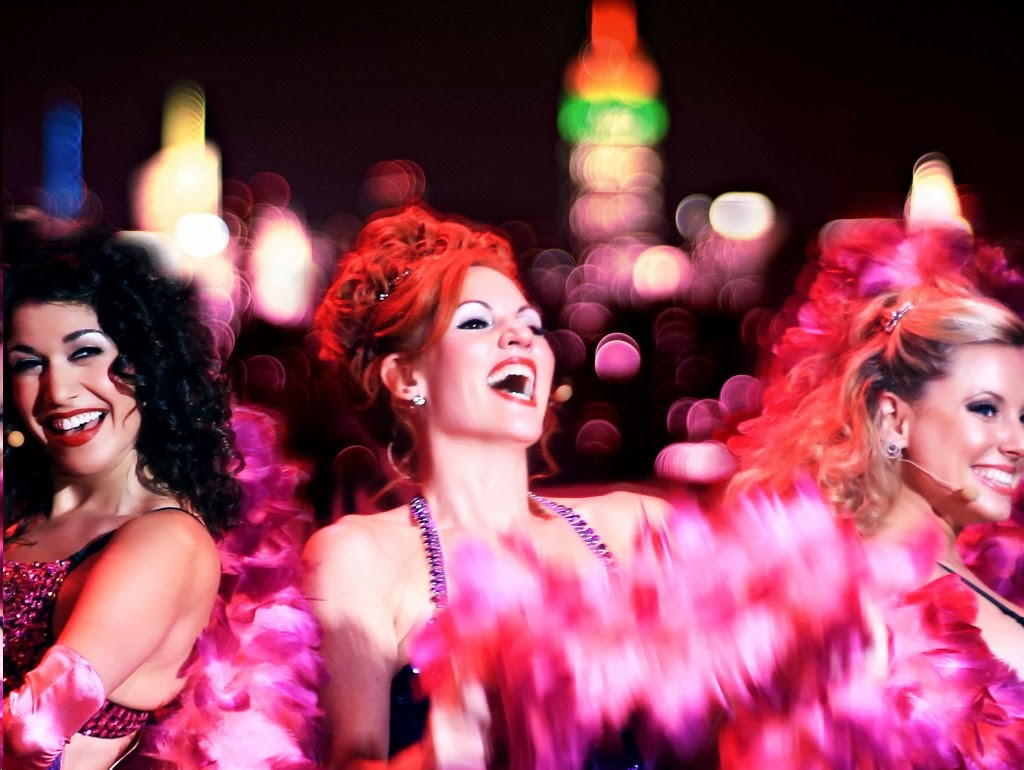 American burlesque is a genre of the variety show. The term "burlesque" more generally means a literary, dramatic or musical work intended to cause laughter by caricaturing the manner or spirit of serious works, or by ludicrous treatment of their subjects.Burlesque in literature and in theatre through the 19th century was intentionally ridiculous in that it imitated several styles and combined imitations of certain authors and artists with absurd descriptions.Burlesque depended on the reader's (or listener's) knowledge of the subject to make its intended effect, and a high degree of literacy was taken for granted By the early 20th century, burlesque in America was presented as a populist blend of satire, performance art, music hall and adult entertainment, featuring striptease and broad comedy acts.
Burlesque is actually making a comeback.

An illuminating look at burlesque over many decades, then to now, Burlesque to Broadway proves why burlesque has never faded from the American entertainment landscape. In liner notes for the show’s studio recording, which also releases on February 5, the author and Wall Street Journal music columnist Will Friedwald exults that Lemley “brings to burlesque something it rarely if ever had before: great songs and first-class singing.”  In fact he adds, “She has now made burlesque into a medium that is as enjoyable on an audible level as much as a visual one.”

In four-nights at the Gramercy Theatre, in New York, audiences will now get to experience the remarkable impact of burlesque on musical tastes across a century. From the Great American Songbook to rat pack to rock 'n roll, Burlesque to Broadway starring Quinn Lemley shows how wide-ranging this impact has been… one of the many unexpected pleasures of this hard-charging show.
Produced by Live Nation, Burlesque to Broadway stars one of , who leads a cast of four singer-dancers, all supported by an versatile 9-piece big band.
Burlesque to Broadway also features singer-dancers Jessica Bare, Amanda Downey, Leslie McDonel, and Sarah Rolleston.
The choreography is by David Eggers and Merete Muenter.
Costumes are by Wendall Goings. Steve Rawlins provides the orchestrations. The show’s directing consultant is the Tony Award-winning director Joe Hardy. Leading the show’s 9-piece live band is music director Dan Micciche.
Burlesque was presented often in cabarets and clubs, as well as music halls and theatres. Performers, usually female, often created elaborate tableaux with lush, colorful costumes, mood-appropriate music, and dramatic lighting; novelty acts, such as fire breathing or contortionists, might be added to enhance the impact of their 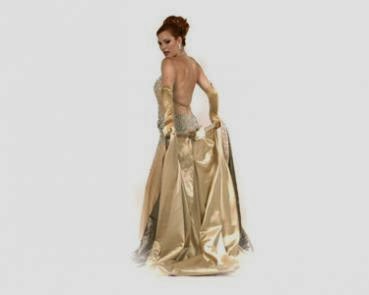 performance.The genre traditionally encompassed a variety of acts: in addition to the striptease artistes, there was some combination of chanson singers, comedians, mime artists, and dancing girls, all delivered in a satiric style with a saucy edge. The striptease element of burlesque became subject to extensive local legislation, leading to a theatrical form that titillated without falling foul of censors.
There were three main influences on American burlesque in its early years: Victorian burlesque, "leg shows" and minstrel shows.British-style burlesques had been successfully presented in New York as early as the 1840s.They achieved wide popularity with productions by Lydia Thompson and her troupe, the British Blondes, who first appeared in the United States in 1868."Leg" shows, such as the musical extravaganza The Black Crook (1866), became popular around the same time.The influence of the minstrel show soon followed; one of the first American burlesque troupes was the Rentz-Santley Novelty and Burlesque Company, created in 1870 by Michael B. Leavitt, who had earlier feminized the minstrel show with his group Madame Rentz's Female Minstrels.American burlesque rapidly adopted the minstrel show's tripartite structure: part one was composed of songs and dances rendered by a female company, interspersed with low comedy from male comedians. Part two featured various short specialties and olios in which the women did not appear. The show's finish was a grand finale. Sometimes the entertainment was followed by a boxing or wrestling match. 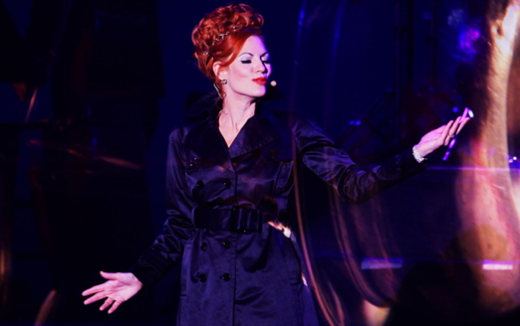 Originally, burlesque performances included comic sketches lampooning the upper classes and high art, such as opera, Shakespearean drama, and classical ballet.The genre developed alongside vaudeville and ran on competing circuits.Possibly due to historical social tensions between the upper classes and lower classes of society,[much of the humor and entertainment of later American burlesque focused on lowbrow and ribald subjects.
By the 1880s, the four distinguishing characteristics of American burlesque had evolved: Minimal costuming, often focusing on the female form.

There are classics to be sure in Burlesque to Broadway, but there are SURPRISES too -- everything from blues-rock, and do-wop, to swinging James Bond arrangements for songs that delve into feminine mystique, female empowerment, and the art of seduction.
Tickets are tantalizingly priced from $30 to $49, and VIP packages stacked with goodies for either $69 or $159.50. For tickets visit www.ticketmaster.com or www.burlesquetobroadway.com.

Thank you Beck Lee and Wikipedia for portions of this blog.

Thank you Quinn Lemley for the gifts you have given to the world and continue to give!


I hope you can join us February 16th in NYC as we celebrate Eileen Fulton at The Metropolitan Room to benefit Habitat For Humanity, NYC

Would LOVE to see you! Bring friends! It’s going to be star-studded party! 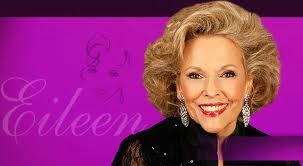 
Posted by RichardSkipper at 5:59 PM No comments: