There is nothing more horrifying than stupidity in action.


Happy Card Reading Day!
Day! On Card Reading Day, celebrants read and enjoy greeting cards they have been sent over the years, which they have kept for sentimental reasons. Sometimes they give greeting cards on the day as well and thus may receive some cards from others that they can read. Some online holiday sites speculate this holiday may be about tarot cards, but the overwhelming majority of sites relate this holiday to greeting cards.
February 21 is the 52nd day of the year in the Gregorian calendar. 314 left in the year.
It is a Leap Year!

Today, I celebrate everyone's art. Today's social media engagement: Comment on something mentioned in this blog and let's keep the next 24 hours upbeat! Have something to promote? Email me! Now, go out and so something nice for someone without expecting anything in return! Celebrate the gifts you have to offer the world! Did you do your Morning Pages? Have no clue what I am referring to? Today, celebrate your crazy ideas and surround yourself with those who will support those ideas! Make it a great week! Recommended Reading: 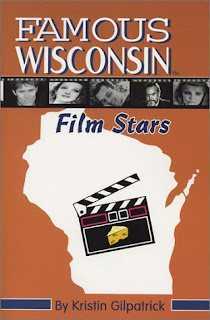 Now, Go to the 3rd person in your friend’s list on your favorite Social Media Platform and do something for them without expecting anything in return and let me know what happens!

10 People, Places, Events I Recommend!
1. Erik Lawrence
Saxophonist and Flutist: 2 Grammys as founding member of the Levon Helm Band, multi-platinum record with the Spin Doctors, has appeared on most major stages and festivals, tv shows, hundreds of recordings, thousands of appearances, millions of miles traveled)
Sound and Vibrational Healer: Utilizing traditional and original techniques including toning, tuning forks, Tibetan bowls and especially the deep vibrational tones of his personal sound on saxophones and flutes. 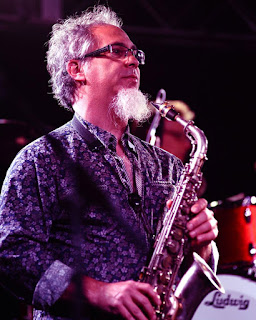 Tomorrow Night at 8PM, Erik will be appearing at the Nyack Center in New York celebrating Mardi Gras. I am going to try and be there. Please celebrate with us!
Click HERE for more info.

Tickets and Information (online only): www.BJRyansMagnoliaRoom.com 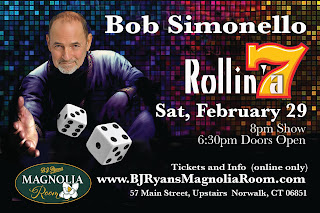 ROLLIN’A 7 is a musical coming-of-age adventure, a 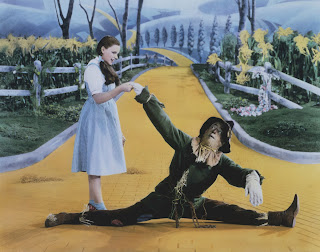 funny, touching, off-beat look at one man’s journey on a road less traveled: from a shy, Judy Garland-loving, parochial school-hating kid to outspoken, unpredictable, audacious, Judy Garland-loving man-child with a burning need to know what lies beneath the surface of things.

Tickets and Information (online only):

$20 cover (online), $30 at the door
$20 food or drink minimum
www.BJRyansMagnoliaRoom.com 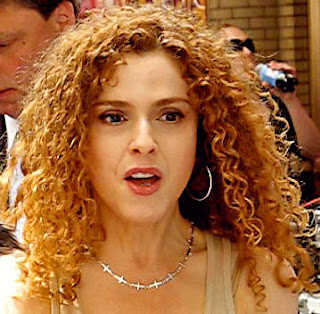 3.Bernadette Peters, Sierra Boggess and More Join BROADWAY BELTS FOR PFF!; Complete Casting AnnouncedThe 10th Annual BROADWAY BELTS FOR PFF! will take place on Monday, February 24 at the Edison Ballroom. Hosted by Broadway's Julie Halston (Tootsie, You Can't Take it With You, Sex and the City) and directed by Carl Andress (The Confession of Lily Dare), this year's 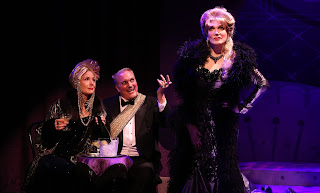 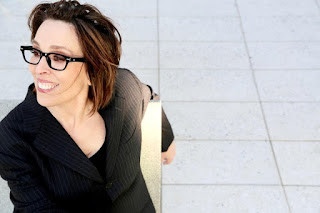 If you have not attended The Line Up…where have you been? This is one of the most sought-after gigs in the city due to the incredible “Line Up” (hence the name) of talent from the Broadway, Cabaret and Jazz worlds hosted by the insanely talented and funny, Susie Mosher and featuring Musical Director, Brad Simmons. 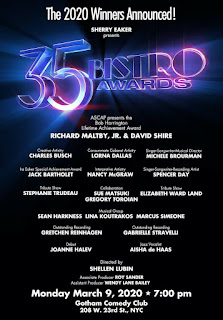 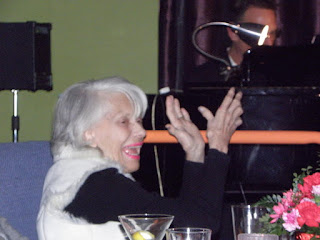 with the tune’s opening lines… “Hello, Dolly; Well, hello, Dolly; It’s so nice to have you back where you belong.”
For the next week-and-a-half, there is an opportunity to get more familiar with the musical version of “Hello Dolly!”
The Kimmel Center is presenting “Hello Dolly!” now 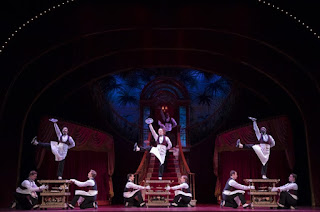 through March 1 at the Academy of Music (240 South Broad Street, Philadelphia) as part of its Broadway Philadelphia series.
The cast of the National Tour features Carolee Carmello as Dolly Gallagher Levi, John 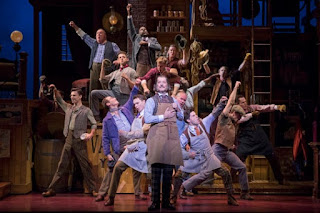 Bolton (not that John Bolton) as Horace Vandergelder, Daniel Beeman as Cornelius Hackl,Analisa Leaming as Irene Molloy and Sean Burns as Barnaby Tucker.
Burns is familiar with his role having played it on the 2018-2019 and current editions of the National Tour.
This production is a crowd-pleaser, and then some. Read MORE
(I saw it last night and absolutely loved it!) 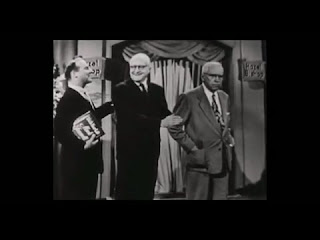 7. This Is Your Life: MACK SENNETT [VIDEO OF TV SHOW]
Quite an amazing video, particularly in light of Encores!’s MACK and MABEL. Fascinating the see the real Mack Sennett in the early 1950s. It’s about 25 minutes long.
See it HERE
Thank you, Josh Ellis for this!

8. ‘Mack and Mabel’ Review: Lights! Camera! Passion!
Jerry Herman’s buoyant score is the highlight of this Encores! production about a troubled silent-movie-era romance. 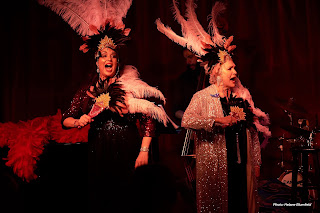 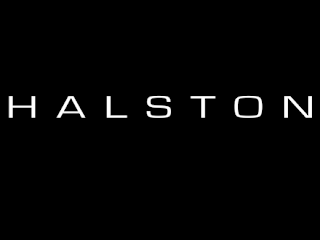 Halston – real name Roy Halston Frowick – was a huge deal in the fashion world back in the 1970s and was pals with the likes of Liza Minnelli, Elizabeth Taylor, Bianca Jagger, and artist Andy Warhol.
Read more HERE

Now, go and do something nice for someone without expecting anything in return! Treat them to a LIVE Show!

Thank you all! Here's To a Great End of the week/And an Even Greater Next Week 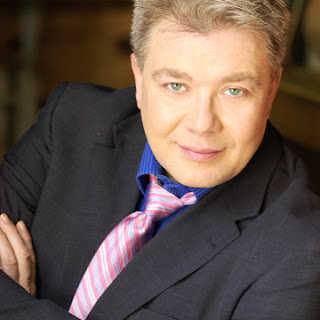 I had Richard Skipper on my Dare to be Authentic Radio show 2/6/20 and he was absolutely fabulous! He was so encouraging and inspiring! I got off the air feeling uplifted and ready to conquer the world. Richard is a gem and I'm so blessed and honored to have met him. Check out his interview HERE
Mari Mitchell,San Bernardino, CA

I had the pleasure of seeing Richard Skipper host the holiday 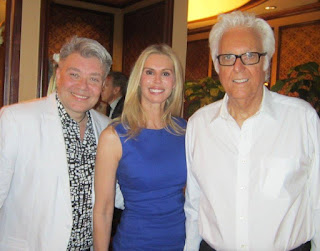 luncheon at the Dutch Treat club at The Players Club and wow! What a wonderful and perfect host! Richard brings so much energy and light to a stage and he shares it all with us. Thank you!
Robin Westle, http://www.robinwestle.com 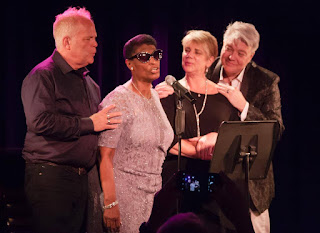 I feel so fortunate to have attended Richard Skipper's show “The Magic of Believing” at Urban Stages Theater. It was a beautifully crafted nostalgic tapestry of vivid storytelling, spot on musical numbers, and perfectly timed photographic images and videos. I loved the thought that a little boy with boundless energy and dreams performing on the front porch “stage” of his family home could take an audience full of adults on a hilarious and heartfelt journey to discovering the magic of believing. I’m still smiling. Thank you! Bob Armstrong, NYC 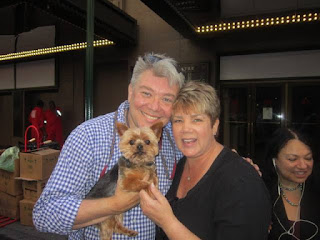 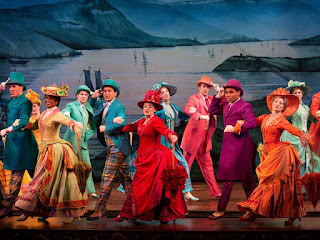 Posted by RichardSkipper at 5:20 PM No comments: