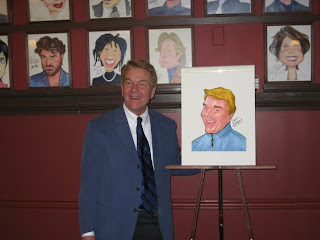 “You don’t have to be different to be  good because being good will be different enough.” Walter Kerr
Happy Saturday!
I did not go to Catholic school. In fact, I was raised a Southern Methodist in Conway South Carolina. My exposure to nuns was only in film.
The Sound of Music, The Trouble with Angels, and the Singing Nun come to mind. And then of course, There is Sally Field as The Flying Nun, very much a part of my childhood television viewing. 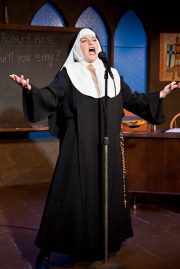 And yet, Danny Goggin's nuns have played a very integral part in my life over the past 22 years. In fact, the very first date that Danny (Sherman not Goggin!) and I ever had, we went to see Nunsense at the Douglas Fairbanks theater on theater row. That was in 1990. A few years later, one of Danny's (Goggin's not Sherman's!) star nuns, Dody Goodman became a very close and dear friend and remained so for the last 15 years of her life.
I first met Danny ( Goggin, not Sherman!)at Penguin Rep in Stony Point, New York, attending a show. I was introduced by a mutual friend, Joe Brancato, the artistic director of Penguin Rep.Shortly after that, Goggin came to see me when I was performing on Fire Island.although we don't see each other that often, due to the fact that a production of nonsense or a variation thereof seems to be opening at some theater somewhere in the world almost every night of the week! He is always away; I think he is the hardest working man in show business!! That being said, he has always made himself available to me, and even today, as a production of nonsense Boulevard is opening in Michigan, he agreed to take a few minutes out of his busy schedule for this blog interview.
As with all my blogs, let's start at the beginning. The first show that Danny remembers seeing was something about an ogre at the Strand Theatre in Alma, Michigan. He was probably 5 years old. All he remembers is an ogre.Danny was exposed to the arts growing up. 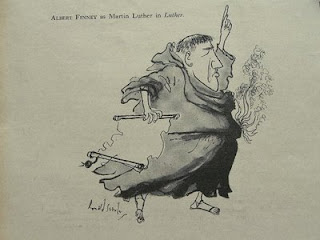 He lived in a college town and they had concerts come to the local auditorium.
Danny's first time on stage was as a shepherd in a Nativity pageant. He had one line: “Oh, What a beautiful, baby.”  He was 7 years old.
His first professional job was in the Broadway Production of “Luther” starring Albert Finney. I detect a theme here!

Danny's thoughts on Arts in Education
It is very important and it’s a shame people don’t realize it’s value.
What makes you cry out of the blue when you see or hear it? 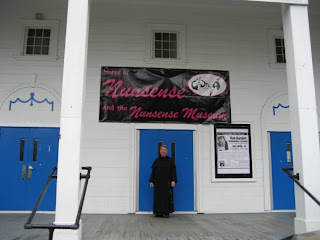 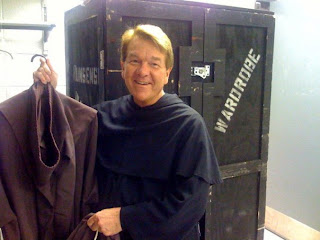 On stage at a talkback about NUNSET BOULEVARD now playing at the Meadow Brook Theatre in Auburn Hills, Michigan.
Next appearance
Doing radio interviews for “Sister Robert Anne’s Cabaret Class” opening in Jupiter, Florida
What is your biggest success in Show Business?
Nunsense and it’s sequels
What was your lowest low and how did you surpass that?
I don’t think I’ve had a lowest low. I’m extremely positive. It often drives people nuts. I just seem always to see the upside of life and let the bad stuff just slip away. I have lots of shirts that say “Life is Good.”
What one change would you like to see in today’s industry?
Somehow figuring out how to make live theatre appealing enough to get people off the internet and into the seats.
Who are your TOP FIVE models and influences as an artist? 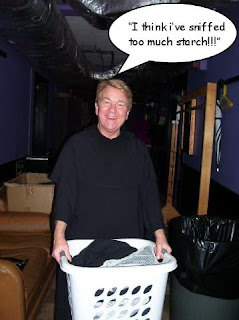 I haven’t a clue. I can tell you tons of people that I admire. But I’ve always kind of gone my own way.
What do you think ultimately made you become a performer?
Insecurity….if you’re successful you feel validated.
Are you happy at the point you are right now in your career?
Very happy.
Do you feel you have achieved what you set out to do?
The goals have changed so many times  because opportunities came up unexpectedly. I started out to be a classical singer, ended up on Broadway, then was in a comedy singing duo, then started writing and then Nunsense hit. And here I am.  Totally unplanned and extremely happy to be here.
What do you do to remain positive?
I can’t put it in words. I just have a way of finding the bright side. So many people are negative and depressed there’s much more room to live on the positive side.
If you had all the money in the world...that you needed...would  you continue working. 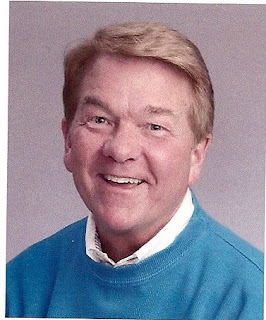 Yes. I love playing theatre.
A genie pops out of the lamp, he grants you three wishes. What are those wishes?
Move a show to Broadway WITHOUT corporate backing or IATSE
Have a huge log house on a lake
Have 6 pack abs without exercise..
If you could travel anywhere in the world and spend some time there, where would you choose, and what would you do?
I’ve been many places and had so many good experiences I’m not sure. I’d probably go somewhere I’ve never been (and there are many of those). I don’t have a burning desire to go somewhere specific.
What would you ask God if you could right now?
I always ask God for good health and peace of mind. So far He’s come through pretty well. Except for the feet. I have the worst feet.
What is the last stage show you saw.  Local or professional.
Nunset Boulevard last night. It was our last preview before the opening tonite. The last show that wasn’t mine…SEMINAR on Broadway.
What book is on your night stand right now?
The telephone guide at the Homestead Suites. But I’m reading Stephen Sondheim’s book.
Here two wonderful testimonials:
I was fortunate to do a production of Nunsense A-Men that Dan directed, and one of my favorite moments was witnessing Dan ironing and taking care of our nun's habits during our break on matinee days. I don't know very many producers/directors/writers who actually work this hard to ensure that their productions stay top-notch. Knowing that Dan Goggin is this dedicated to his Nunsense productions illustrates his commitment to his productions. I have an enormous amount of respect for Dan. I don't mean to fawn over him, but he is one of the un-sung, clever heroes of the theater.
-Reggie Whitehead

I have to say I have a vivid memory of our production at the Birmingham Theater back in 1987.We are both from Michigan, and both had the Sisters of St. Joseph growing up. In fact, I was playing Robert Anne, which is based on his favorite nun, and Robert Anne talks and sings about her seventh grade nun, and I happened to have a nun who, in my young life, really inspired me, Sister Martin de Porres (we still write Christmas cards to each other!!!) anyway, both of these nuns came to a performance of Nunsense, and they happened to be great friends!!! They invited us to a traditional luncheon at St. Francis' Home for Boys in Detroit. We went in costume and the Michigan Catholics came with cameras in tow and photographed all the real nuns and actresses from the show, with our heads in the soup. Anyway, we were thrilled to meet the order of nuns working together at the boys home.T hey had every nun in costume from the earliest habits; there was a ninety year old nun in a silk garment, with the cardboard gimp...and they called her "stiff gimp!" It was so funny! And then all the changes in the habits through the years, all the way to the 18-20 year old nuns in sweatshirts and jeans. it was fascinating! AND there was a small rose in a lovely small vase at each place setting.I t is one of the most memorable afternoons of my life, certainly in my years in the theater. And that magic is Danny. I love Danny. He is one of the kindest hearts in the world.H e has a tender, gentle soul and I am so grateful that he is my friend.
Angelina Fiordellisi 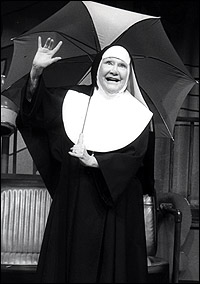 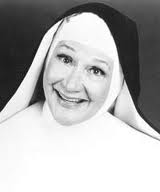 In Loving Memory of Dody Goodman Dody Goodman, whose ditzy comic persona was well known to patrons of theatre, film and television from the 1950s on, died June 22, 2008 at the Actors Fund Home in New Jersey. Her age was thought to be 92 by many accounts, though the subject of her birthdate was something she was known to falsify throughout her career.
Posted by RichardSkipper at 7:50 PM