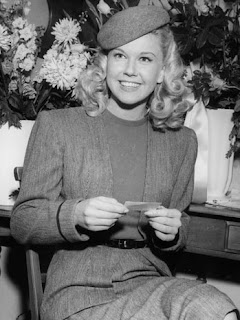 Any girl can look glamorous... just stand there and look stupid.
Doris Day

Yesterday afternoon I received a brand-new CD. I've been anticipating this arrival for some time. No, it is not the latest Lady Gaga CD, Justin Bieber, or Adele. It happens to be from a woman whose career began in the 1940s. She also has not been physically in the spotlight since 1985. She has become for the most part a recluse in recent years. Like Garbo, when people get a glimpse of her, it is always a special moment


At one point, she was the number one box office attraction in the world.
When her star was at its zenith, she could not be touched.
She held onto her glamour even though all around her, styles were changing and there was a much more relaxed atmosphere as far as people were concerned. She had an amazing career first as a big-band singer with Les Brown's band of renown, then she burst upon the Hollywood scene with Romance on the High Seas.That was in 1948. She continued to make movies straight through the end of the 1960s, ending With Six you get Eggroll.
As if that weren't enough, she made hit record after hit record.


When her husband Marty Melcher died in 1968, Doris discovered that Marty and his business partner Jerry Rosenthal had squandered everything she'd worked a lifetime to achieve.
There were also contracts for television series that she knew nothing about and a deal for several television specials. Doris was able to sue Jerry Rosenthal for mismanaging her funds.
Being the classy lady, She Honored All of her obligations.

Thanks to the world of DVDs And stations like Turner classic movies, Doris is never truly been out of the public spotlight. And new generations are discovering what I have known for years: Nothing succeeds like class.  If you have been following my blogs, you know that I am interested in a person's body of "worth". I am not interested in salacious gossip or scandal. I am interested in what makes a person tick and how they got from one point to another maintaining a career with style and grace. 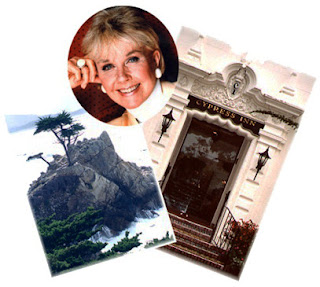 I have always loved Doris Day! Calamity Jane, Love Me or Leave Me, and Jumbo are among  my favorite films.


I've always had this secret desire to meet her. As a matter of fact, years ago, I stayed at Doris's hotel, The Cypress Inn in Carmel.
I kept hoping for that chance encounter! Her presence was felt everywhere. 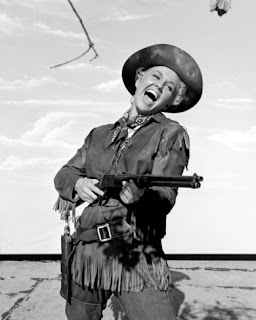 A truly pet friendly hotel and the gauge from which all others should be measured.

I have over 3000 songs on my iPod. It is always on shuffle. Of course, Doris is very much in the mix; therefore, I hear her every day.
How wonderful was it to receive this beautiful new CD in the mail yesterday and add it immediately to my iPod! My One And Only Love, Hurry,  It's Lovely Up Here, and Daydream are among the 13 tracks.

The name of the CD is My Heart and was released in the United Kingdom in September.

This is Doris's first new album in nearly 2 decades. The album is a compilation of previously unreleased recordings produced by Day's son, Terry Melchor, prior to his death in 2004.
This CD was just released to the United States last month and within two weeks rose to number 12 on Amazon's bestseller list in spite of being priced 25% higher than other CD sales with proceeds going to Doris Day's animal league. 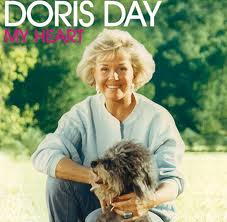 Doris Day (born Doris Mary Ann Kappelhoff; April 3, 1924) is an American actress, singer and, since her retirement from show business, an animal rights activist.
With an entertainment career that spanned through almost 50 years, Day started her career as a big band singer in 1939, but only began to be noticed after her first hit recording, "Sentimental Journey", in 1945.

After leaving the Les Brown and His Band of Renown to try a solo career, she started her long-lasting partnership with Columbia Records, which would remain her only recording label.

The contract lasted from 1947 to 1967, and included more than 650 recordings, making Day one of the most popular and acclaimed singers of the 20th century. 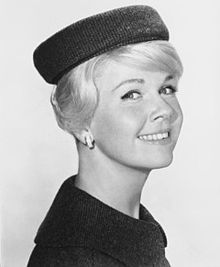 In 1948, after being persuaded by Sammy Cahn, Jule Styne and her agent at the time, Al Levy, she auditioned for Michael Curtiz, which led to the lead in Romance On The High Seas, her first film with close friend, Jack Carson. Michael Curtiz was a legendary film director and colorful figure in Hollywood for 35 years.
Many honors came to Curtiz during his long career, among them an Academy Award for his direction of 1943's "Casablanca."


With a legendary Hollywood "girl next door" image and capable of delivering comedy, romance as well as heavy drama, she appeared in 39 films, released 29 albums, spent 460 weeks in the Top 40 charts and eventually became one of America's most beloved entertainers.

She received an Academy Award nomination for her performance in Pillow Talk, won a Golden Globe, Grammy Lifetime Achievement Award, Presidential Medal of Freedom, Legend Award from Society of Singers, and, in 1989, received the Cecil B DeMille Award for lifetime achievement in motion pictures. 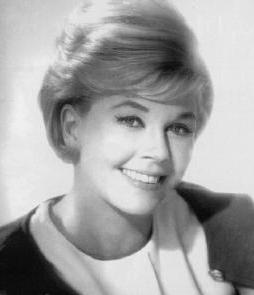 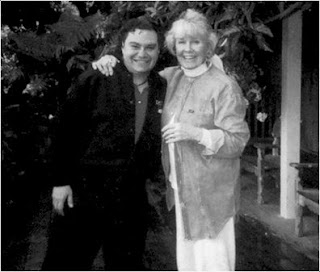 In 2004 she received the Presidential Medal of Freedom from President George W. Bush in recognition of her distinguished service to the country. President Bush recognized Miss Day's work on behalf of animals by saying, "It was a good day for our fellow creatures when she gave her good heart to the cause of animal welfare."

Doris Day has had a roller-coaster of a life: born in the jazz-aged 1920s and still popular today, her appeal is worldwide and while she may no longer be the girl-next-door, she will be forever young in the catalog of films and recordings made throughout her long career, which begun as a band singer and, as everyone knows, led to Hollywood super-stardom and ended with a final success on TV in her own series before she hung up her entertainment spurs and began a new phase of her life as a champion of animal rights... 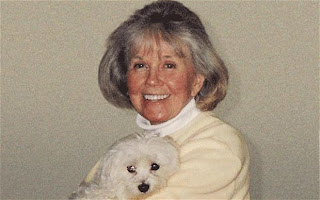 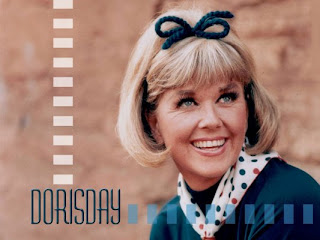 Doris Day is one of Hollywood's most enduring stars.

Still popular today, Doris represented the "Golden Age of Hollywood", in a string of hit films in the 1950s and 1960s.
Partnered by such other film greats as Cary Grant, James Stewart, James Cagney, Clark Gable, David Niven, Frank Sinatra, and Rock Hudson, she left behind a film legacy that generations to come will continue to enjoy.
(Source: Bryan James)


And now, the Los Angeles Film Critics Association is recognizing the contribution of Doris in the entertainment circle by giving her the career Achievement Award later this month. President of LAFCA Brent Simon stated that the actress remained as a model to other personalities in Hollywood so they made the decision to make her a recipient of the prestigious recognition. "Day was one of the biggest female celebrities who portrayed several wonderful performances way back 1960s", Brent added. 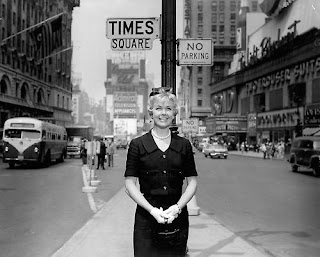 The moment the Academy Awards reached the point of choosing its Oscar winners, Day way often times a subject of rumors. Even if she was known as reluctant in attending ceremonies such as awards night and other similar events. On December 11, the group stated that they will proceed in voting winners for this year as previously planned. The New York Film Critics Circle made the decision to stick to their decision to move the date of voting in November. The group is choosing its winners the day after LAFCA had chosen its winners during the past years.

The main objective of The Los Angeles Film Critics Association is to recognize celebrities who performed well in the entertainment circle particularly in the field of movies. The committee was founded in the year 1975. Whatever the result of Los Angeles Film Critics Committee, it has an impact to the Academy Awards. Academy Awards is the biggest awards when it comes in recognizing members of the movie industry.
LAFCA is giving the awards every January while Academy Awards are giving the awards the following month.
The categories given in the LAFCA are Best Actor, Best Actress, Best Animated Feature, Best Director, Best Documentary feature, Best Film, Best Foreign Language Film, Best Supporting Actor and Best Supporting Actress. 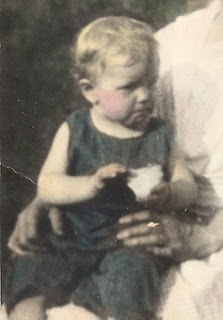 Doris Mary Ann Von Kappelhoff was born in the Cincinnati neighborhood of Evanston to Alma Sophia Welz (a housewife) and William Kappelhoff (a music teacher and choir master).
All of her grandparents were German immigrants.
In Doris Day: Her Own Story she states, "I was named by my mother in honor of her favorite actress, Doris Kenyon, a silent screen star of that year 1924." Her biographer, Pianist Jim Martinez, who organized her 87th birthday party in her home town of  Carmel-by-the-Sea, California, at Day's hotel, the Cypress Inn, states that according to Doris Day's current assistant, when Day was a teenager, she added two years to her age so she would be old enough to sing with big bands.
The youngest of three children, she had two brothers: Richard, who died before her birth, and Paul, a few years older.

Once again, Doris Day is an American actress who maintained an astonishing career for almost 50 years. The moment she retired in making films, she became an animal activist. 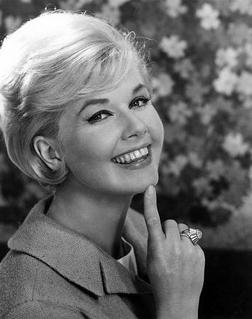 She started as a singer of a band in 1939. Following her hit recording in 1945 entitled “Sentimental Journey”, somebody noticed her talent. She then left her band and grabbed the opportunity to become a solo performer by attaching herself with Columbia Records. Columbia Records was her only recording label from 1947 to 1967. She made about more than 650 recording. Her recording made her one of the most eminent musician of the 20th century. Following her career as a musician, she entered the world of movies in 1948 with her debut film “Romance on the High Seas”.

Now, if I could only get that interview...


NO COPY WRITE INFRINGEMENT INTENDED.  FOR ENTERTAINMENT PURPOSES ONLY!
Please do what YOU can to be more aware that words and actions DO HURT...but they can also heal and help!
Follow me on Twitter If you've seen one of my appearances/shows, add your thoughts to my guestbook at www.RichardSkipper.com

Email ThisBlogThis!Share to TwitterShare to FacebookShare to Pinterest
Labels: Calamity Jane, Doris Day, glamour, her star was at its zenith, hit record, Jerry Rosenthal, Marty Melcher, mismanaging her funds, number one box office attraction, With Six You Get Eggroll