Carol Channing is fabulous! I must admit most of knowledge and ultimate love of her came from your influence Richard! I absolutely think she deserves every acknowledgment there is. She is most deserving of that award!
-Emma Bell


Anyone who knows me knows how much I love Carol Channing. I feel as if I have devoted my life to her. My office is a virtual museum to her. However, today, I've decided to celebrate through pictures, video clips, and the comments of others. Carol, THIS is for you! You know I LOVE you!
Instantly recognizable by her saucer eyes, mop of platinum hair, and gravelly voice, Broadway legend CAROL CHANNING (born 1921) rocketed to success as Lorelei Lee in a 1949 production of Gentlemen Prefer Blondes. She was “husky enough to kick in the teeth of any gentleman on the stage, but mincing coyly in high-heel shoes and looking out on a confused world through big, wide, starry eyes. There has never been anything like this before in human society,” raved New York Times theater critic Brooks Atkinson. 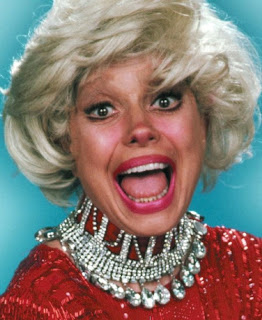 What a wonderful thing to want to give back!!! She's an icon and obviously cares enough to want to give her love of the arts to the next generations.Carol Channing became a household name. An icon. Synonymous with musical theatre! Do we really need more reason??
Louise Pitrie, soon to play Mame Dennis at The Papermill Playhouse

Because of my involvement with Carol Channing and hers and my involvement with the Foundation, I always ask about Carol and what she means to those I am writing about. Today is no exception. Kim Coles says Carol is one of a kind and there is no one like her. So undeniably Carol Channing. Kim had the opportunity to meet Carol at a party given by the William Morris agency.
Both Carol and Kim were clients at the time.
Every year a big party was given in which each agent could bring one client. And that year, Kim was chosen.

Major stars and major agents and someone took Kim over to meet Carol. And there she was in all of her Carol Channing glory: the hair, the eyes, and lashes, the lips, the epaulets.
Kim says she was so warm to her, "Yes, I think I recognize your face!"  Kim says maybe she did, maybe she didn't. But she didn't feel for an instant that she didn't. Kim says she was so gracious. And she didn't realize until that moment, perhaps now as we do this interview, people want to be acknowledged. And the two worst words you can say to Kim right now are "Remember me"? And Kim doesn't want to say, "No, I'm sorry I don't".
Kim meets hundreds of thousands of people in her travels and from time to time someone will come up and say, "Remember me?"  Kim says, "Can you refresh my memory?" and even if she doesn't remember, she'll say "It's so nice to see you again!" Kim doesn't want to lie. She genuinely wants to remember you. 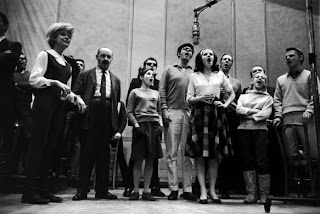 It was that Carol moment that turned Kim around. Again, maybe Carol remembered her, maybe she didn't.
That is a gift that Carol possesses. Kim said she felt acknowledged, she felt "touched by an angel", and she realized that's what people want, and that's what Carol gave Kim.

Carol Channing is a NATIONAL TREASURE and I am SHOCKED that she is not already one of the honorees at the Kennedy Center.  They should be ashamed of themselves.
Anita Gillette

She's an American icon.  Even if you don't know much theatre, you probably know Carol Channing.  She has drive and perseverance and great comic timing.
Stephanie Wahl


I adore Carol Channing!  She’s a cultural treasure and should definitely receive the Kennedy Center Honor in 2012.  Carol is a complete theater animal.
Who was more memorable than Carol Channing in Hello Dolly?  Or as Lorelei Lee?  She’s won three Tony Awards and even won the Tony Award for Best Actress in a musical against Barbra Streisand in Funny Girl.
That’s no mean feat.  She’s already been inducted into the American Theatre Hall of Fame, won a Lifetime Achievement Tony Award and an Oscar Hammerstein Award for Lifetime Achievement in Musical Theatre.  The Kennedy Center doesn’t have a more deserving recipient to honor than Carol.  Like Joan Crawford, she has a signature look and is completely unique.  I met her a few times and a friend of mine interviewed her for Reuters.  She was adorable – every bit as funny and sweet and magical as she is onstage.
I also admire that she and her late husband Harry Kullijian did so much to promote arts in education through their non-profit, Foundation for the Arts.  Arts education needs to be returned to public schools.  We need to encourage the greatness of human beings through the arts.  That’s what keeps us all linked to one another.  Creativity is not a marginal experience assigned to geniuses.  It’s our birthright.
Donna Marie Nowak, Author of Just Joan: A Joan Crawford Appreciation 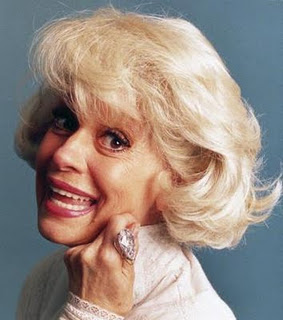 I’ve already sent you my request to have Carol win that award.  I can’t imagine her not winning one. She is one of the “center pieces of the American Musical. You can’t really replace her. Someone else can take the part –but – it won’t be the same. It never is – but in this case we’re speaking about someone so unique that a part becomes her rather than she becoming the part (although she does and is real as well as large.)
Bobbie Horowitz

Carol Channing is a Broadway treasure and a Broadway Legend. How can anyone not love Carol Channing?  It is like, not liking Lucille Ball, Jerry Lewis or Carol Burnett.To see Carol Channing's sweet face, simply makes me smile and feel happy. Her performance in Hello, Dolly! is iconic. Many people have tried to play the role of Dolly Levi over the years, but absolutely none compare (or come close) to Carol Channing's interpretation. No one, not even Barbra, my idol, Carol alone IS DOLLY LEVI. Period!
I also met Carol years ago, and spoke with her while we were waiting for the Fire Island Ferry in Sayville, Long Island. She was going to visit Jerry Herman, and I was staying with some friends there. So we talked for a while, and than sat together on the ferry over. She is such a sweet, sincere and kind soul , and sooo funny and down to earth. I remember that we had a great time conversing together that day sitting in the inside birth of the ferry. At our arrival, she introduced me to Jerry Herman and also invited me to visit. Both of them were very gracious and kind.
Ben Cooper Stevens 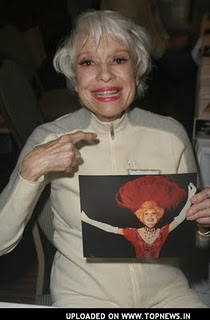 She is truly unique, and I love that. There is no one , and never will be anyone, quite like her. She is funny, talented, charming and adorable.
Anna Bergman


I adore Carol. I’ve had a soft spot for her ever since I saw her as Muzzy in “Thoroughly Modern Millie” when I was a kid. She’s unique, charming, full of humor and completely herself at all times – qualities I hold in the highest regard.
The Kennedy Center Honors were created to celebrate those who’ve made exemplary  and consistent cultural contributions to American life. Carol Channing is the very definition of this achievement. She should certainly be recognized for her lifetime body of work, not the least of which is the foundation she formed with her late husband to promote arts education.
Natalie Douglas


I love Carol Channing. “Luther” was in the Saint James theatre and we moved to the Lunt-Fontanne so “Dolly” could move in to the St. James.
Danny Goggin

I saw her do "Hello Dolly!" when I was a very young actor and I couldn't believe how hilarious she was.  You'd never know she'd been doing the show for 25 years.  She seemed so fresh.  I also saw her a few years ago when she was on her book tour and again, she was remarkable.  Just sitting on a folding chair, telling stories, she had the audience in the palm of her hand.   Such a pro.
-David Dean Bottrell

I think Carol Channing is absolutely wonderful.  Most celebrities seem to be all about themselves, but the fact that Carol is using her celebrity to focus on the future generation and their expansion as human beings is as admirable as anything I can think of.
-Mark Nadler


Thank you, Carol, for the gifts you give to the world! 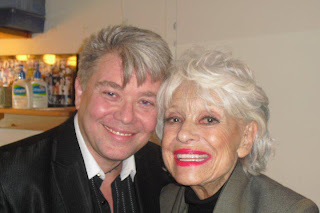 
Part of Your World- Carol Channing for Kennedy Center Honor

The Divas in Order: 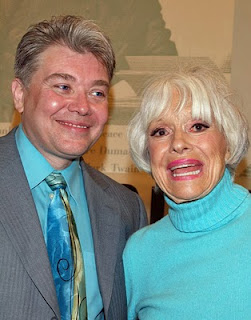 
This blog is dedicated to Carol Channing with all my love!
Email Post
Labels: 1949 production a NATIONAL TREASURE and lashes Carol Channing eyes Kim Coles Lorelei Lee my involvement with the Foundation She's an American icon the epaulets the lips William Morris agency