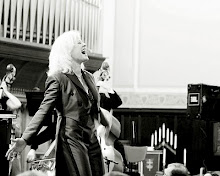 Happy Sunday!
Goodspeed Musicals' spring revival of Jerry Herman, Jerome Lawrence and Robert E. Lee's Mame will star Louise Pitre, the Canadian actress and concert star who was Tony Award-nominated for playing Donna in Mamma Mia! on Broadway.
Having seen Carol Lawrence, Christine Ebersole, and Linda Dano over the years, I for one cannot wait. Mame was also the very first show I ever was in at the tender age of thirteen. I was in the chorus with two lines.

I was thrilled when Louise agreed to this interview. Enjoy the latest of the Mames as I celebrate Louise Pitre.


They will be releasing other casting in the next week or so.....Go to Louise's site for the blurb that was put online! (www.louisepitre.com)

The road to Broadway actually began when Louise was in high school.
They took a school trip to Toronto and saw "Godspell" (the one with Gilda Radner and gang!!!) Louise's best friend at the time remembers Louise turning to her and saying "I'm gonna do this.  This is what I wanna do!" (Louise did not remember this but her friend told her this when she came to see me do her "Piaf" show in Ottawa.) 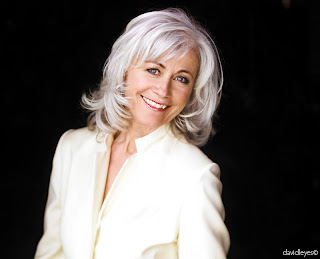 
Louise was exposed to the arts growing up.
Her parents went to the theatre. She remembers them going to see plays in Montreal. And concerts. They had lots of records (I'm showing my age). Music was definitely a big part of their lives.She particularly remembers a van Cliburn recording of Chopin that she loved.

Louise's very first time on stage was in Montreal. It was her first piano recital.She took lessons with an odd lady who was about 60 with bleach blond hair, super long fingernails and an old upright grand that she had painted white with lots of sparkly gold!! 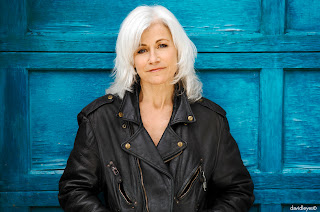 She put on a huge recital each year at the University of Montreal. Her students all got to play AND her daughter, who was about 20, got to do big song and dance numbers! Louise had never seen anything like those numbers live.She remembers being nervous to play but got through it fine. For her, the highlight was the song and dance numbers she got to watch that night!!

Louise's first paying job she got through an agent (her first agent, who is not in the business anymore....surprise!surprise!) was dressing like a rabbit (full rabbit suit!) and standing around a Cottonnelle display in a grocery store just outside of Toronto handing out suckers to kids and getting their parents to fill out a form for a chance to win a car.........how's that for humble beginnings?! ha!

“Full-throated emotion and cut-to-the-chase honesty are her trademarks, enhanced by a fine sense of theatricality…. She explores every aspect of heartbreak, from despair to defiance, in her own unique style.”
— Richard Ouzounian, Toronto Star

Louise's thoughts on Arts in Education:
If everyone could just smarten up and see the value of BALANCE! Sports and arts having equal importance along with all other subjects......a well-rounded individual should be able to appreciate the skill needed to play basketball and derive great joy from playing it and watching it with an informed mind; the same can be said when listening to a piece of music or singing a song or seeing a play/musical, looking at a painting, watching acrobats at a circus, dancers at a ballet......it's all beautiful and fulfilling. The balance of it is the key.

What makes Luise cry out of the blue when she sees or hears it?
Being in the car, driving along, hearing a sax solo on some song on the radio and bursting into tears remembering Tasha, our 120 pound black shepherd/lab who used to sing along to the saxophone. It was the  most joyful thing in the world. I've been in horrible rush hour traffic, stopped dead on the highway, in the summer with all the windows rolled down, playing a Sinatra CD and having Tasha sing her guts out with the sax solos and making everybody around us start laughing and forget how pissed off they were at the traffic. God, I miss it and her.
Your thoughts on Carol Channing (All my blogs focus on Carol Channing’s Foundation For The Arts)
What a wonderful thing to want to give back!!! She's an icon and obviously cares enough to want to give her love of the arts to the next generations.


I’m campaigning for Carol Channing to receive the 2012 Kennedy Center Honor in 2012. If you agree that she should receive this honor, can you say why you think this should happen
Carol Channing became a household name. An icon. Synonymous with musical theatre! Do we really need more reason??

Louise's most recent appearance:
I sang with the Kitchener-Waterloo Symphony with Ted Sperling at the podium. The programme was Broadway 1959.

Next appearance:
Am doing a tour of concerts in the Maritimes and then in B.C. from Feb. 1 to 13. The programme is "La vie en rouge" (mostly French) 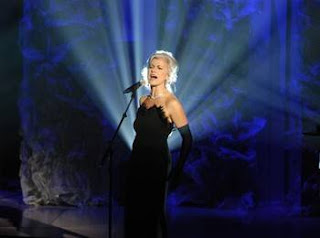 "Paris to Broadway" (a mixture of French chansons and Broadway blockbusters).

What is Louise's biggest success in Show Business:
Having the best marriage while being in this business!!!

What was your lowest low and how did you surpass that?
1997. I had just had a birthday (New Year's Day is my birthday), I was living up north (the first country house I bought - by myself), had just ended a disastrous relationship, had no work; thought my career/life were a total failure. I then took a workshop of a new musical for very little money. That is where I met Joe, my husband.
I had given up on men. Truly. But Joe came into my life and shattered all my disappointments!! I found him when I had stopped looking altogether and given up! Amazing!

If you could not be in show business, what would you do?
I would be a chef; a dog trainer or a consignment shop owner.
Are you happy at the point you are right now in your career?
I have never been happier than right now. And I mean that in both my professional and private life.

Do you feel you have achieved what you set out to do?
Hell no!!! Not yet! I've done a lot of things I had dreamed of doing but I keep coming up with more!! Damn!!!

What do you do to remain positive when life's hiccups get you down?
Drink and smoke. Doesn't everyone??

How on earth do you reach theatregoers now that newspapers are obsolete and there are so many channels on TV you can’t pick the right ones to advertise on and with the web being so hit and miss.
I don't worry about it. I don't do a heck of a lot of it myself I have to admit. I do Facebook and old fashioned interviews/articles....I really must get more hip and tweet and do all that stuff......maybe after this next drink........

A genie pops out of the lamp, he grants you three wishes. What are those wishes?
1. That my husband win an award for one of his songs/plays/musicals.
2. That one of my original songs be recorded by a huge recording star. 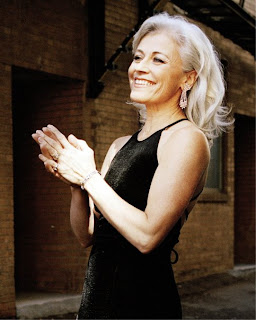 3. That all the workouts I've done over all these years could finally be ENOUGH!!!!!!!

If you could travel anywhere in the world and spend some time there, where would you choose, and what would you do?
I would go to Italy for an extended stay and study at a chef school.

What would you ask God if you could right now?
I would ask him to please let me keep my mind until the end of my life so that I can know my husband for as long as I live. (My father had Alzheimer's and my mother is now labeled with dementia......)

What is the last stage show you saw.  Local or professional.
"Seussical" at the YPT (Young People's Theatre) here in Toronto. Beautiful production.

If you could change places with anyone in the world for 24 hours, who would that be and why?
Meryl Streep when she's on set because I would probably learn more in that 24 hours than I have in the last year at least!

When do you know it’s time for another show?


When I'm excited about the prospect of doing THAT PARTICULAR SHOW!!!! LIKE MAME!!!! I'll be honest, the thought of slugging it out 8 times a week is never appealing to me anymore.
It's such an unforgiving schedule. It really is unnatural. That is always the daunting aspect of doing a show. But when the show in question makes your stomach jump - that's when you know you have to do it. Or let me put it this way: Goodspeed called me about doing "Mame". I got the original cast recording. Played it the first time in the car full blast. I was crying my eyes out before the overture ended. I kept driving anyhow shaking my head at how blessed I felt!


I know her from the industry . She played Celine Dion's mother on a movie I did called Celine for Barna Alper. She is a lovely person and a very good actress. She did a great job in the role. Peter McNeil played the father. She has an incredible voice that gives me chills.The movie Celine is available on itunes both to rent and to buy.
-Debi Drennan


Thank you, Louise, for the gifts you give to the world!


This blog is dedicated to ALL of the the great entertainers that have played Mame Dennis...and here's to the success of Louise Pitrie!
Email Post
Labels: Louise Pitrie Robert E. Lee's Mame The road to Broadway actually began when Louise was in high school They took a school trip They will be releasing other casting in the next week or so