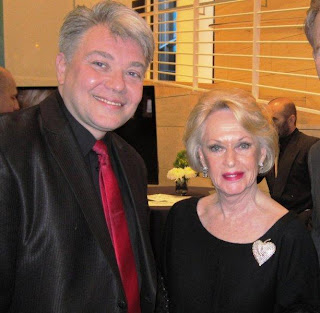 I didn't think any amount of money was worth something that would take away what you believed in or what you stood for. I didn't want to do something my parents and daughter couldn't be proud of.
-Tippi Hedrin
Happy Friday!

I have always loved Tippi Hedren on screen. Cool, calm, collected...and ALWAYS glamorous...on and off screen.

Nathalie Kay "Tippi" Hedren (born January 19, 1930) is an American actress and former fashion model with a career spanning six decades. She is primarily known for her roles in two Alfred Hitchcock films, The Birds and Marnie, and her extensive efforts in animal rescue at Shambala Preserve, an 80-acre (320,000 m) wildlife habitat which she founded in 1983.
The New York Film Academy (NYFA) has a long and impressive list of speakers who have shared their insight and knowledge with students who have chosen acting and/or filmmaking as a career.  Previous guests have included Philip Seymour Hoffman, Glenn Close, Dennis Hopper, John Carpenter, Kevin Klein, Jon Voight, Kevin Spacey, Ben Stiller, Ron Howard, Juliette Lewis, Sir Ben Kingsley, Andy Garcia and Steven Spielberg. 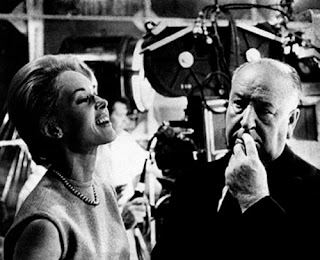 On Friday, January 20th, it was Golden Globe winner, Tippi Hedren, who appeared before anxious students eager to glean the rare experiences that Ms. Hedren has had as the only woman to have been directed by both Alfred Hitchcock and Charlie Chaplin.   Following a screening of Hitchcock's classic “The Birds” (Universal provided a remastered 35 mm version), in the Hitchcock Theatre at Universal Studios, a packed house of NYFA students discussed her prolific film career and animal rights work.
Students inquired about techniques and wisdom garnered from both the past as well as recent successes on television in 4400, Fashion House and CSI or films such as "Mulligans!" for which she received the “Best Actress in a Comedy Short” or "best Actress" for the short film "Tea With Grandma" from the New York International Independent Film Festival.
One of the few remaining and working “Hitchcock blondes,” Hedren told the story of getting her start in modeling and commercials before being discovered by Alfred Hitchcock. Despite having an often-difficult relationship with him, she spoke highly of the director, saying, “I was so fortunate because I had him, not only as my director, but as my drama coach, which was an absolutely wonderful experience.”
She added, “He spoiled me terribly. You almost didn't know he was directing.”


The enthusiastic students asked questions about the icons Hedren had worked with over the years, including Sophia Loren, Jessica Tandy, and Marlon Brando. When asked about her on-set relationship with “Marnie” co-star Sean Connery, Hedren said, “If you have an affair with someone, it shows in your eyes, and I wasn't about to jeopardize that character for a moment -- not even for Sean Connery.” After a brief pause, she joked, “I kind of regret that now.”
The actress spoke at length about her extensive animal rights work, a cause that is dear to her heart, saying, “Some people are just born with a great love of animals.” She invited students to visit the Shambala Preserve (Shambala.org), a wild animal preserve Hedren founded in Acton, CA. The preserve is home to over 50 big cats, including lions, tigers, cougars, and leopards. 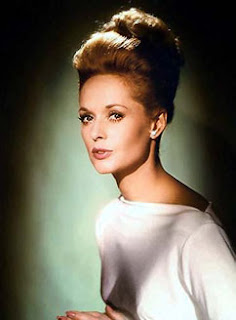 As a final question, Hedren was asked about her thoughts on the state of Hollywood today. She simply stated, “I hope that Hollywood gets past all these films that feature special effects as the star, as opposed to true thespians and gets back to some real stories that can affect people and change lives … and don't even get me started on TV Reality programs,” eliciting a roar of applause from the audience.   Ms. Hedren was presented with an Honorary MFA degree in Acting for film from the New York Film Academy at the end of the Q&A. “Students have already be asking for her return,” says the programs moderator and the Masters Instructor for NYFA, Chris Devane. “We were quite honored she was able to speak with the students and since the event they have not stopped speaking about how honest and forthright she was about the business they are about to get into!”
“Talking to students of all ages is a welcomed invitation, which I accept most gratefully and with anticipation,” adds Ms. Hedren.  “I accepted the date to speak to the students at the New York Film Academy and am thrilled with the knowledge and interest shown by the students. Their devotion to film is exciting and invigorating. Their questions were well thought out and the excitement about their career choice made the hour fly by. Being honored with the Master of Fine Arts Degree from the New York Film Academy is an accolade I shall carry with great pride and appreciation for the remainder of my life. I am eternally grateful to the faculty and the administration of the Academy for this very grand prestigious award of merit.” 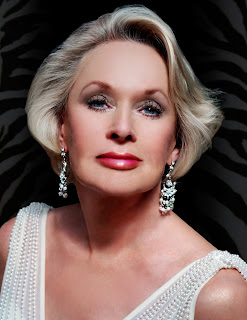 The New York Film Academy film school programs are designed for a new generation of storytellers: visual artists who share a passion for motion pictures and want to learn by making their own projects in a hands-on, intensive program.
NYFA students come from across the United States and all over the world to learn and work together in short-term workshops or one and two-year degree programs. In the creation of their curricula, they work with faculty and professionals from around the world, adapting the best ideas and elements from the leading film school programs and designed intensive and accelerated alternatives that provide a thorough grounding in the craft.
Steven Spielberg, Al Pacino, Robert Downey Jr., Jamie Foxx, and Jodie Foster are among the many figures in the film industry that have sent their family members to study at the New York Film Academy. The Film Academy was founded on the philosophy that "learning by doing" combined with best industry practices is more valuable than years of theoretical study for filmmakers and actors. This educational model allows students to achieve more in less time than at all other film or acting schools in the world.


When filming THE BIRDS, did you ever expect it to be such a great success, and how to you feel about that association now?
Knowing that it was a film by Alfred Hitchcock and the success of his career to that point, it is was obvious that the film would be a success.  I still feel it has remained a triumphant success with people of all ages.  I find it fascinating due to the use of special effects in today's films that is so popular in our industry that The Birds holds up as well as it does today.  I feel that it is an indication that there is hope for our industry that we can get over the crutch of special effects to tell the story and that meaningful films can still be made that will offer some sort of inspiration to our lives.
How did you get into large animal rescue?
Two films I did in Africa in 1969 and 1970 began the whole thing.  Environmentalists all over the world were making statements that if we didn't do something right then to try and save the wild animals, due to encroaching civilizations, sport hunting and poaching, by the year 2000 the wild ones would be gone from the planet.  Because of that we did a film titled ROAR. The animals that we rescued to be in our movie, who were all born in the United States to be sold as pets or for financial gain, we discovered was such an enormous business that I eventually became involved in federal legislation to ban the breeding of the apex predators.
How's your daughter Melanie?
My daughter is now rehearsing to become a basketball player in a film shot in New Orleans.
What is your opinion of your 2 Hitchcock and 1 Chaplin films?
It was incredibly fascinating from both sides, given the different styles of direction by Hitch and Chaplin - With Hitchock, The direction was shared by both parties - actor and director.  However, with Chaplin, it was an awesome display, because he directed by acting out all the actors roles for them - Then he'd say, "Alright, now you do it."
What are your memories of working with Sean Connery?
In my memory of working with Sean, all I can remember is that I was determined not to have an affair with him. Because when you do that, it shows in your eyes and I was not about to take any chances with my role as woman so frigid that man didnt exist in her world.  However, I sometimes regret that decision.
Thank you, Tippi, for the gifts you give to the world!
SOURCE for most of this blog: Harlan Boll


NO COPY WRITE INFRINGEMENT INTENDED.  FOR ENTERTAINMENT PURPOSES ONLY!
Please do what YOU can to be more aware that words and actions DO HURT...but they can also heal and help!
Follow me on Twitter If you've seen one of my appearances/shows, add your thoughts to my guestbook at www.RichardSkipper.com 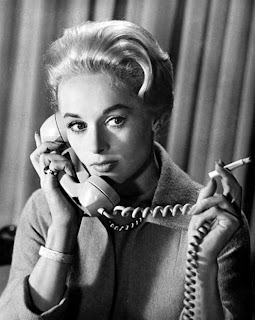 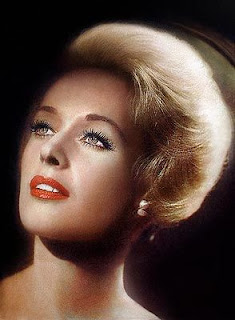 Please contribute to The Shambala Preserve
Posted by RichardSkipper at 11:00 PM