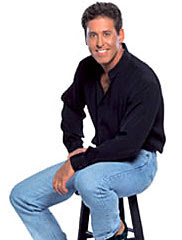 RIP-DANNY GANS
This is very sad news. My prayers are with his family and loved ones.Danny Gans, a singer, actor and impressionist who for nearly two decades was one of the most popular entertainers on the Las Vegas Strip, died suddenly in his sleep last Friday.
He was 52.Officials at Wynn Resorts, where Gans had performed at the Encore Theater since February, and at The Mirage, where he performed for more than eight years before that, reported that Gans died suddenly in his sleep.
Gans was found dead about 3 a.m. by his wife, Julie, at their home in Henderson, said Wynn Resorts spokeswoman Jennifer Dunne.


Henderson police did not immediately respond to messages seeking comment, and the Clark County coroner's office said no information about Gans was immediately available.

Steve Wynn just released the following statement: "Elaine and I and all of us in the Company are devastated at the loss of our brilliant, talented and loving friend. One of the most unique human beings and entertainers in the world has been taken from us in an unexpected moment.
A profoundly tragic event that leaves us all sad and speechless. The loss of Danny to his wife Julie, his children Amy, Andrew & Emily is at this moment impossible to comprehend.
We will all try to go on with our lives without our dear friend. At this moment it seems almost impossible."

My colleagues and I have been following with interest and dismay the reduction of the arts programs in public schools across the country. There is no longer a dance program at most high schools and theatre arts programs have been cut to one class if that many, virtually assuring some students will not be able to participate due to other class conflicts. Video production programs have been eliminated and music staff cut to one instrumental teacher and half time choral teachers.
CATHY LOGAN, AN ART TEACHER, said her classes teach children "a level of abstraction and open-mindedness that they'll be able to use for the rest of their lives." And it's something they come to school looking forward to. "They are so excited when they come in for art," she said.
"The first thing I have to do is calm them down. They are so excited to have that opportunity to be creative." Those students need a place to continue their arts education.

From the days when each high school had separate dance, band, choir, orchestra, and theatre teachers, we have come to the present situation.The ongoing effort to raise money for the Dr. Carol Channing Foundation for the Arts continues!


Legendary comedian and Celebrity Apprentice finalist JOAN RIVERS brings her live stand-up act to Times Square as she presents an evening of her newest and most outrageous riffs on Hollywood, pop culture, celebrities, and award show fashions.

A limited number of tickets are still available for the Tuesday May 19th performance. The Tuesday May 12th, and Wednesday May 13th and May 20th performances have sold out.
When you order tickets (normally $30) using the promotional code JC25, you will pay only $25. Order your tickets now at http://www.facebook.com/l/c097e;https://www.ovationtix.com/trs/pr/650115 or by calling 212-352-3101.

A portion of the proceeds will be donated to Joan's favorite charities, God's Love We Deliver and Guide Dogs for the Blind.The following is from Cindy Adams ColumnIt was once said that a black man would be president when pigs fly. Well . . . behold . . 100 days into his presidency . . . swine flu! 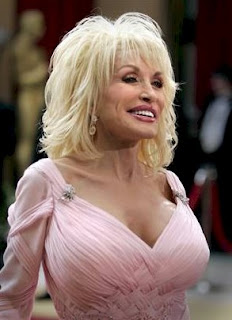 ATTENTION: Dolly Parton reps. As the messenger, I hereby offer a large, big, fat healthy offer. B'way producer James Nederlander -- in whose Marriot Marquis Theatre "9 to 5" is up and running -- wants Dolly for "Dolly." Three cities. New York, Chicago, LA. Ten weeks each. Percentage, plus salary. Enough to keep her in wigs for a really long time. Call.
So, at her "9 to 5" opening, Dolly told me: "I don't even know if I'm nervous or not. I mean, who's had the time to take time to see?" she grinned. "I've been so rushed, I'm lucky I could even get myself together. Couldn't do it if I didn't wear a wig. I wear wigs, y'know. (Wowee, what a surprise revelation!!!!!!!) I've been running straight through nonstop since early today. Got up 5:30 this morning, did 'The View' and never stopped once. All I did to get myself dressed for tonight's opening was manage to jazz up my makeup.

It's been on all day. Did it myself early this morning.
I always do all my own makeup.
So just now I ran home to change and throw on a little more paint, touch up the makeup with some more gloss and glitter, and here I am."

Standing alongside were Lily Tomlin and Jane Fonda, who originally made this film back in the Stone Age. Said Lily: "We three stayed close all these years. We talk and e-mail all the time. I'm thrilled I could be here for this because I'm doing concerts all over the country and I'm coming out in a Lisa Kudrow movie, which right now only has a working title." And who dressed her for this premiere? "You kidding?
This jacket is vintage. Years ago I bought every old vintage jacket on the rack, and I'm still wearing them."

As for Jane Fonda: "I saw this musical in workshop in LA a few months ago and I know it's great, but I can't say anything more because I'm losing my voice and I have to save whatever I have left because I have a show to do tonight."
Other theatre news: The limited engagement of Waiting For Godot had its official opening last week at Studio 54 starring Nathan Lane, Bill Irwin, John Goodman and John Glover.-The soundtrack to Big Gay Musical will be released on July 14th.-PBS will broadcast a documentary about Passing Strange in the 2010 season.
Carrie Fisher's solo show Wishful Drinking opens on Broadway October 4th at Studio 54. Previews begin September 22nd.-R&B diva Ashanti to play Dorothy in this summer's limited run of THE WIZ! 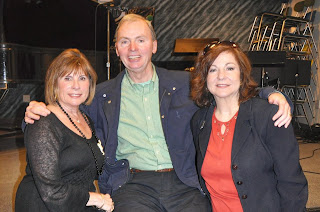 On a recent Saturday afternoon the rain poured down while everyone inside the Musicians Union Hall of Local 802 sang Buddy DeSylva’s “April Showers,” with gusto. ene Kelly was nowhere in sight, nor was Al Jolson. The entire meeting on April 11 was devoted to the Eighth Annual New Songwriters Showcase, produced by Sandi Durell, who also acted as the Emcee. The room was packed by the time NYSMS President Linda Amiel Burns welcomed the enthusiastic membership, including cabaret performer, Karen Akers, all eagerly waiting to hear more than a dozen talented singers present the new material of equally talented songwriters.

The program began with two songs written by David Conforte: “Just Sing,” performed by Trisha Rapier, and “Take That You Dirty Rat,” neatly evoking a memory of Jimmy Cagney, sung by Kevin Reed. Richard Danley accompanied both singers. “Just Sing” is from Conforte’s latest project, “Sing”, a musical based on the life of Linda Amiel Burns.
Along the way, there were musical diversions about Christmas, impractical clothes, near extinct dances, Joni Mitchell, dead Hollywood legends, men with too much time on their hands – literally, Obama, blue Chevrolets, and getting old albeit not gracefully. Among the composers and lyricists on hand were William Zeffiro, Brad Ross, Joe Keenan, Ellen Greenfield, Alan Cancelino, and Hector Coris.

Accompanied by Tracy Stark, Marni Nixon took center stage to present a number that may as well have been written for her – “You’ll Never See It Again.” The lyrics by Peter Napolitano, with music by Matthew Ward, addressed Hollywood life during the golden age of the 1950’s, a time when Ms. Nixon could have walked among the stars unrecognized, unless she sang “I Could Have Danced All Night,” in the voice of Audrey Hepburn, or “Shall We Dance?” in the persona of Deborah Kerr. Marni graciously signed copies of her autobiography, “I Could Have Sung All Night,” a marvelous telling of her own stardom.
Other singers performing included Jennifer Wren, Sierra Rein, Summer Broyhill, Gabrielle Visser, Katherine Pecevich, Dominic Sheahan-Stahl, and Hector Coris, who sang his own composition, “Obama Button.” Another performer doing her own material was Annie Lebeaux. One piece – “Beyond That Fog” - described how a tour guide leading a church group around the top of the Empire State Building coped on an especially foggy day. Clearly, no pun intended, the visitors would have required a vivid imagination.

Fresh from a well-received show at the Metropolitan Room were Eric Comstock and Barbara Fasano. Written by Alyce Finell, with assistance from Eric on the music, “The Ding Dong Song” was delivered by Mr. Comstock who accompanied himself. After acknowledging Finell’s impressive career, Ms. Fasano performed “How Does It Happen?” Known primarily as an award-winning television producer before adding songwriting to her resume, Alyce Finell now serves as co-director of the Mabel Mercer Foundation and as Administrator for the popular Cabaret Convention in New York City and elsewhere.
The varied program also included songs such as “The Road to Ruin,” “What the Hell - It’s Christmas,” “Who Wears These Clothes?” “How Sad No One Waltzes Anymore,” “ I Played With Myself,” “ Speed Dial,” and “Come Home” The last piece was sung by Julie Reyburn, who was accompanied by Mark Janas, and is the winner of numerous awards, including two MAC awards. She’ll be returning to Feinstein’s in the fall for the second time.

Jeff Blumenkranz spent several years as an actor, performing on Broadway and television before turning to songwriting. A recording of his song, “I Won’t Mind” performed by Audra McDonald, provided a huge boast to his career. Since then his songs have been recorded by a number of stars, and he’s captured a Tony nomination for Best Original Score for “Urban Cowboy.” For the New Songwriter program, he sang “Hold My Hand,” and “Blue Chevrolet,” in which the acquisition of an “EZ Pass” changes things forever..

The grand finale was performed by Trudy Mann, Donna Trinkoff, and Sandi Durell, (stepping out of her producer role briefly) performing “Getting’ Old Really Sucks” and “E- Harmony,” both written by Kezia Hirsey and June Rachelson-Ospa. The extensive experience of the seasoned trio was much in evidence throughout, and provided a great
finish to a most entertaining program, prompting big smiles and loud applause by everyone in the room.

(Sandi Durell is on the Board of Directors of the NYSMS and reviews for
Cabaret Scenes Magazine www.cabaretscenes.org and Broadway After Dark www.BroadwayAfterDark.com Visit www.TimelessDivas.com for additional information. Last summer, I had the incredible pleasure of starrring as Carol Channing as Dolly Levi in HELLO, DOLLY! at The Paramount Theatre in Asbury Park for The Revision Theatre.
Well, this year they are doing FUNNY GIRL STARRING STEVEN BRINBERG AS BARBRA STREISAND AS FANNY BRICE! It is a "One Night Only Benefit Performance"/ Saturday, July 11 at 8:00pm/ Paramount Theatre on the Boardwalk. I'm going to support Steven and The Revision Theatre. I hope you'll join me! Please forward this info. Let's pack the theatre once again! Remember to GO SEE A LIVE SHOW THIS WEEK!

Contribute to the DR. CAROL CHANNING & HARRY KULLIJIAN FOUNDATION FOR THE ARTS: http://www.carolchanning.org/Foundation.htm

Posted by RichardSkipper at 6:29 AM