I have a lot of friends who get up most mornings and go to jobs they absolutely hate. I don't think that's what 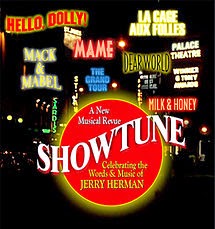 life is about and I'm so fortunate that I actually love what I do.
Jerry Herman


Jerry Herman has been a part of the soundtrack of my life since I first stepped into the world of theatre. The very first show I ever did, with The Theatre of the Republic, in Conway, South Carolina, was Mame.
I also discovered Carol Channing early and my life and the rest is history as they say.
I cannot imagine my life without the incredible music of Jerry Herman. This year, and for the last few, I have devoted a lot of my time celebrating the fiftieth anniversary of Hello, Dolly! This landmark musical opened on Broadway January 16th, 1964. Check out my website celebrating Dolly at CallonDolly.com.
The hope of this becoming a book is very strong but am holding out for a couple of interviews. They include Mary Jo Catlett, Jo Ann Worley, Sally Struthers, and Barbra Streisand. THEN, I will be ready! I was very lucky enough to sit down and chat with Jerry recently. The focus of the interview was Hello, Dolly! and especially to CELEBRATE Dolly!
If you are looking for dirt or inside gossip, this is not the blog for you. If you are looking for an upbeat look at this musical, I hope you enjoy what you are about to read. 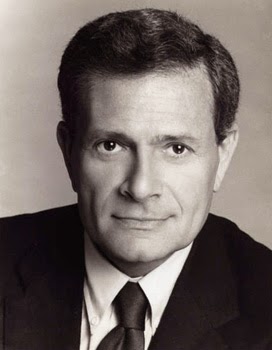 Thank you, Jerry!
Jerry never woke up one morning and said, "I'm going to become a composer or lyricist."
It just happened. It was so natural to Jerry and to his life that he can't imagine ever having done anything else even though he went to Parsons School of Design as a young man, thinking that he was going to do something in the field of design.
That being said, Jerry spent most of his days at a piano.
That urged him to know that there was nothing more that he wanted to do but write his own songs. He was bitten very early in life by the "Irving Berlin bug". Jerry so admired everything that Berlin wrote and did, the way he thought and the way he understood the public's need and appreciation for hummable music with sensible lyrics that perfectly rhyme and all the things "I have tried to emulate." He certainly succeeded!
Jerry says that he has had the most incredible life and the most thrilling thing for him is to be standing in the back of a theatre in which a show of his is playing and listening to the audience's reaction. It is still the most exciting thing in the world to him.
For the sake of this blog, we are going to focus on Hello, Dolly!
Jerry had just written his first Broadway musical, Milk and Honey. He had a nice success with that. One day, he got a call from Michael Stewart. 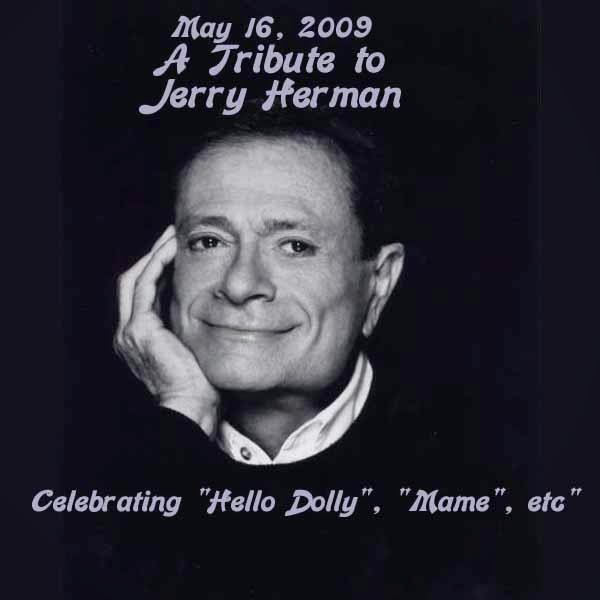 Michael told Jerry that he admired his work and if he could suggest that Jerry meet with him and David Merrick to discuss a new project that they were interested in Jerry to do. Jerry said, "Of course." He was honored and thrilled to even be asked that question. Jerry and Michael met and got along instantly as friends and as collaborators. It was "so natural and so meant to be." It became inevitable that they would meet and work together.
They were of the same mind on every aspect of how to put a musical together. Jerry loved Michael Stewart very dearly and was so fortunate to have him as a collaborator. Unless a collaborator is of the same mind you are, it won't work. It has to be ONE thought and one vision. They found that they had that. They then went to Mr. Merrick's office. Mr. Merrick presented the idea of turning The Matchmaker, a very successful play with Ruth Gordon that he produced, into a musical. Jerry loved the idea, he loved writing about larger than life women. "I think they are much more exciting to spend an evening with than a man in a brown suit." There you have how it all started: a call to Jerry from Michael Stewart and a meeting with Mr. Merrick, who presented the idea to Jerry. He then went home and, in three days, wrote several songs that have never changed. They were Put On Your Sunday Clothes, the opening number (Call on Dolly into I Put My Hand In), and It Only Takes a Moment. It all fell together as if it was inevitable, meant to be.
Once Jerry got the job, he began to write the show with Ethel Merman in mind. Jerry did have some contractual say in casting.
Once they went to see Carol Channing in The Millionairess in Mineola, Long Island where she was appearing. In that entourage was Marge and 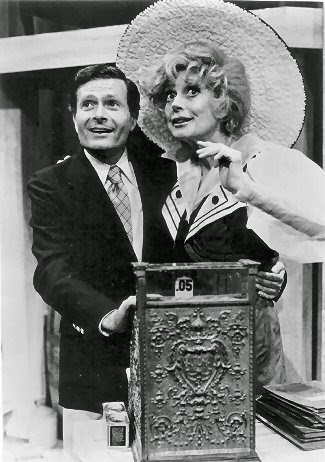 Gower Champion and David Merrick. Jerry met her and adored her. He realized instantly that this would be a most interesting take on the woman they were writing about. It was not actually "on the nose." It was not Ruth Gordon's interpretation of  the character.
Carol made it her own and continues to own it. Although Ethel Merman initially turned them down, Jerry always tried to convince her to do another show. It wasn't that she wasn't interested in the material, which she had never heard; it was that she had decided she had, in her own words, "spent my life in a dressing room and wanted to get out and live a little." No one could not not understand that logic. After time, Jerry's lobbying for Ethel turned into an excitement and a totally different interpretation by Miss Channing. Thank God that Carol Channing happened. Jerry was also fortunate that seven years later, Ethel decided that it was time for her to do it. Jerry adds that he was very lucky to have both of these women play this role in his lifetime with his "hand in". The whole thing seems pre-ordained to Jerry.
Jerry would LOVE to see another revival. It is timeless. It is really not about an era. It's about a woman, a
woman who "arranges things." It is about a woman who is larger than life. That is always in fashion. It is always acceptable to audiences. Jerry believes another revival of Dolly would be a smashing success.
I've always wondered about the cutting of Come And Be On My Butterfly. Even on the ORIGINAL cast recording, there is a picture from that number, although the number is not on the cast recording. Jerry had nothing to do with this number being cut. He remembers so fondly David Burns (Vandergelder) clawing his way through the silk butterfly wings that were part of all of the "girls" that were part of the number in the show. He would say, "Watch those feelers, Miss!"
It was 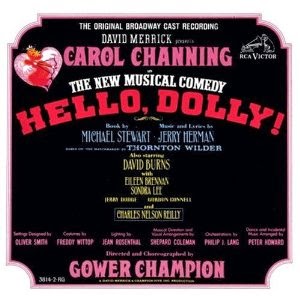 just a gorgeous and different stroke and it was a correct way towards moving towards the end of that show. It was funny and it was different. The following has never been told to anyone! This is NEW stuff!!Unfortunately, critic Walter Kerr told Gower Champion after a smashingly successful opening that he didn't think Come and Be My Butterfly was the right number in that part of the show. Jerry was helpless to argue that point. Gower Champion loved the show.
It was the last new song that Jerry had put in the show. Jerry loved it because it gave "Irene Molloy" (Eileen Brennan) something fresh and new to do. She was a great comedienne as well as a lovely actress. Mr. Kerr talked Gower Champion into dropping the Butterfly sequence and doing "of all the boring things in the world, a polka contest which I hated and hate to this day.Talking about it irritates me."
The keys were often being changed to accommodate the various actresses. That truly was not a tremendous job. There were people who did nothing but that. Orchestrations were often being done in different keys. That was never a difficulty. The one person that Jerry wanted above all else in that role was Ethel Merman. He loved MANY of the Dollys that came after Carol.
There are no Dollys that he can think of that never made it to the Broadway stage that he regrets.
Working on Dolly taught Jerry that a larger than life female in a ravishing theatrical costume with her feet planted center stage is the single most exciting thing in theatre. It made him write Mame and so much of the work that followed.

Jerry's thought's on Merrick:
He was difficult and a taskmaster, but underneath all of that, he was a brilliant showman. He kept Hello, Dolly alive for seven wonderful years. Jerry never asked him to put each of the other leading ladies in the show. 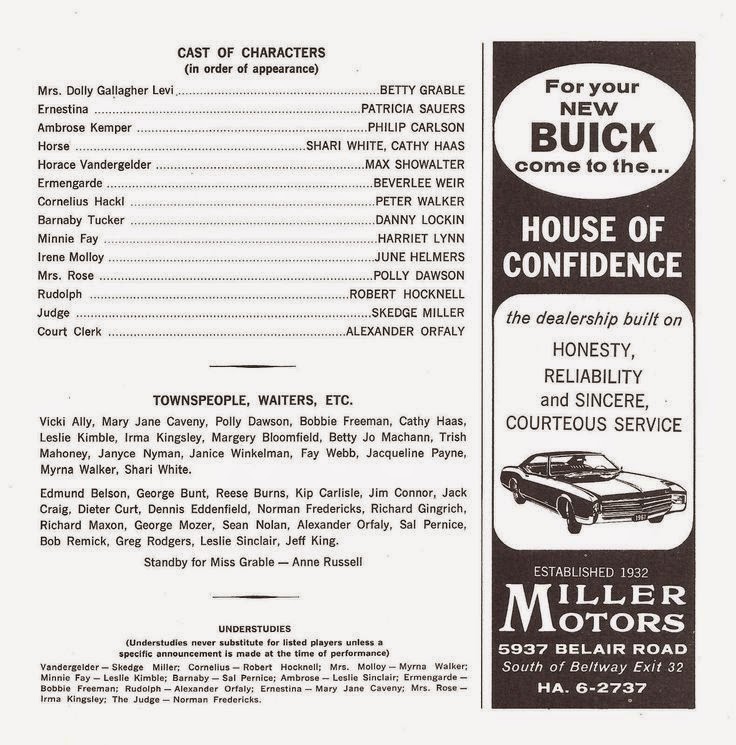 If Jerry could go back, he would insist on keeping Come and Be My Butterfly. Looking ahead, Jerry would LOVE to see Hello, Dolly revived on Broadway with Bette Midler. "Wouldn't she be perfection?"
I would not do a new revival without Come and Be My Butterfly. I would not do a new production without the original opening number. I think the rest of it really works as well as it ever has. I don't know who else will come along that can do that role as well as Bette could. Believe me, however, every new generation has a new Dolly.

How involved was Jerry on the film production starring Barbra Streisand?
Not very. I was involved only when they needed new lyrics. 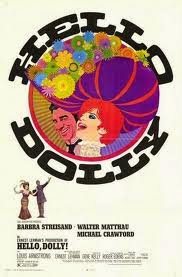 I wrote new lyrics for Elegance because they wanted to make it longer. I also wrote Just Leave Everything To Me because Barbra Streisand asked me for a 'list' song. She loved doing a lot of lyric in what we call a list song. I made those kinds of changes. Basically, Barbra really did a terrific job with a character that she was not really right for. I have admired her and still do to this very day. She did a great job although she was too young and not the look that I felt that Dolly should have, but she was wonderful.

Dolly changed Jerry Herman's life.
Even though La Cage Aux Folles has overtaken in popularity, somehow surpassing Hello, Dolly, becoming the most successful show I have ever written, I will always be known as the man who wrote Hello, Dolly! 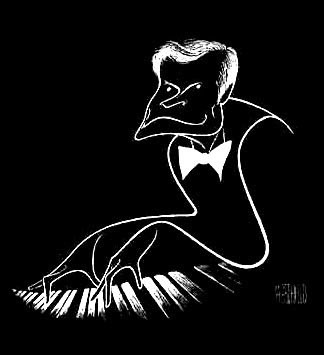 There is still something magical about those two words. They stand for a type of musical theatre: the larger than life heroine,the color, the dancing, the romantic interludes of It Only Takes a Moment, Ribbons Down My Back, and Before The Parade Passes By. The last is my favorite.


Thank you Jerry Herman for the gifts you have given to the world and continue to give!
With grateful XOXOXs , 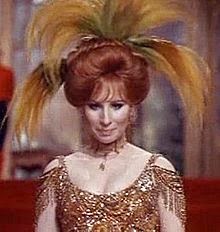 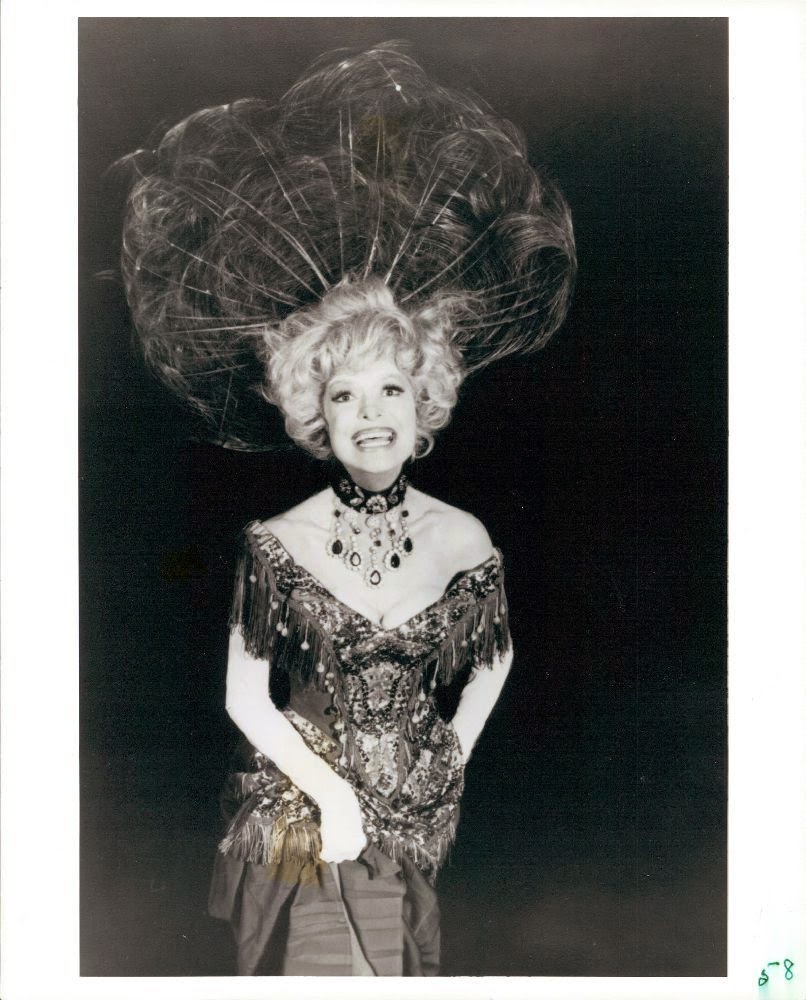 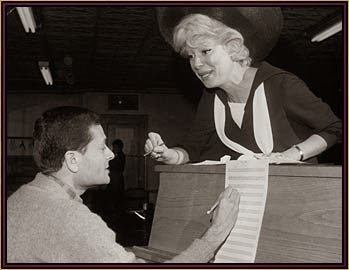 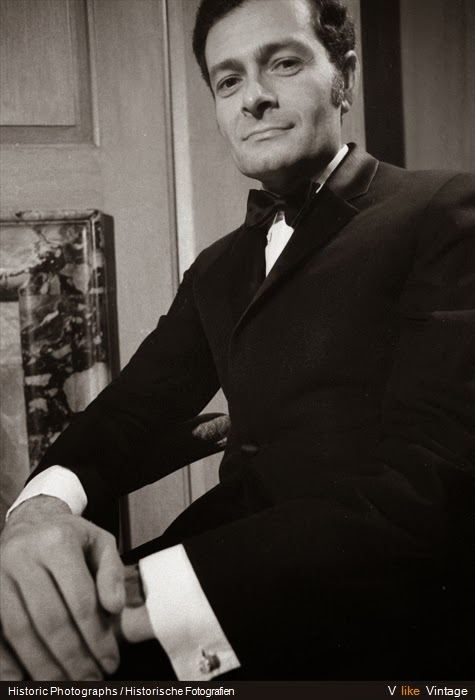 Posted by RichardSkipper at 5:23 PM