The most courageous act is still to think for yourself. Aloud.
-Coco Chanel

Happy July 23rd, 2017!
July 23 is the 204th day of the year . There are 161 days remaining until the end of the year. Once again, the title of my blog today, comes from one of my blogs.
As I sat down to begin today's blog, I was listening to Sweeney Todd: The Demon Barber of Fleet Street (ORIGINAL CAST 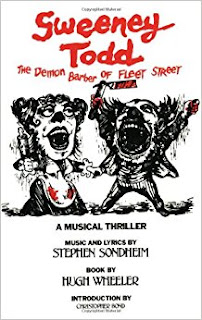 RECORDING). It opened on Broadway on March 1st, 1979 at The Uris Theater, now the Gershwin. At the time of it's opening, I was living in Conway, South Carolina and in my last year of high  school. My horoscope tells me today that if I can tune into that song on the cosmic radio, I'll find harmony and understanding. I'm finding that to be true in ALL aspects of my life It goes on to tell me that this week is about the information I'm receiving from dreams and psychic visions.
It was still on Broadway when I arrived in New York five months later and was a major hit. I still remember vividly the marquees and the TV ads. It is still a regret of mine that I did not see it at the time. There were several reasons at the time. The first was financial. When I arrived in NY on August 5th, 1979, I had $500.00 in my pocket!
I was very frugal in terms of getting by. I got my first job (as a Wall Street messenger) my first full day in New York (August 6th) for $6.00 an hour. I still had to be frugal!
The second reason was the subject matter!
However, as time has moved on, it truly is one of my favorite scores.
This might come as a surprise to all of my friends who know me, but I would LOVE to play Sweeney some day! Believe it or not, it is one of my bucket items.
Also, I know two of the key players, Ken Billington, the lighting designer, and, most especially, Sarah Rice, who has become a very dear friend. As a matter of fact, Sarah was one of the featured guests in my Richard Skipper Celebrates show on June 18th recently.

July 23rd, 1979...It was a Monday. I know that I was working at Grand Strand Amusement Park. In 13 days, I would be moving to New York and my life would be forever changed. I just got goosebumps as I typed those words.
I had NO IDEA what the world
would hold for me. I still don't. My dad doubted my abilities. Every time I mentioned my eminent departure, rather than allowing me to celebrate my excitement, he would laugh and say I would be back in three weeks. In 13 days, it will mark 37 years! I pinch myself to this day that that happened.

In that special week of July people in US were listening to Bad Girls by Donna Summer. In UK Are 'Friends' Electric by Tubeway Army was in the top 5 hits. The Amityville Horror, directed by Stuart Rosenberg, was one of the most Sophie's Choice by William Styron was one of the best selling books. 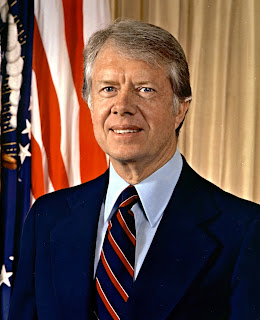 viewed movies released in 1979.
Number One for this week in 1981 was Air Supply with The One That You Love .

My horoscope is telling me that a friend or relative may be acting exceptionally nice, but I can’t help but wonder if there is more going on than meets my eye. Hmmm? I wonder who that could be!
I'm listening and making a LOT of changes in my life. The 'WORD for the day is INSIGHTFULNESS.  Think of this word as your mantra for the day. First apply the word to yourself, THEN apply this word to EVERYONE YOU meet. Think of this word as you respond to EVERY POST you see throughout the day. The 'word 'for TODAY is INSIGHTFULNESS . Please pay it forward...

Thank you, Kevin Scott Hall for posting this on Facebook today:
Winner of the Pulitzer Prize in Poetry in 1923.
I Know I Am But Summer to Your Heart
Edna Saint Vincent Millay (1892-1950) 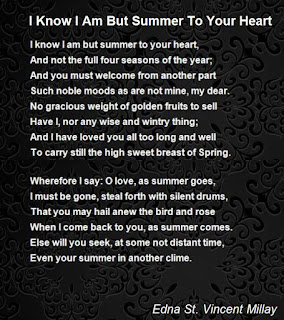 The young artist of today need no longer say "I am a painter', or "a poet", or "a dancer." He is simply an "artist". All of life will be open to him.
-Allan Kaprow

Thousands flooded the streets of Berlin for the annual Christopher Street Day parade in support of LGBT rights http://cnn.it/2trHLqS


Richard's Suggestions: Life IS a cabaret

Ann Kittredge is returning to Don't Tell Mama next Saturday, July 29 at 4pm. Go on over and get out of the heat!!!! :) 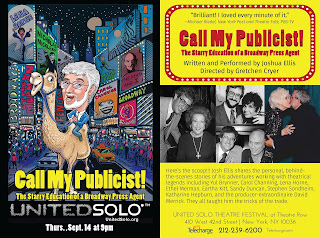 http://www.masterworksbroadway.com/blog/joshua-ellis-call-publicist-good-stories-peter-filichia/
As of this blog, Only 7 seats remain for Josh's show at United Solo Theatre Festival at Theatre Row on Thursday, September 14 at 9 PM.

Stacy Sullivan is headed into the studio to record her 7th album...updates soon! MUCH SUCCESS, Stacy!

Encouraged by many, Stephen Mosher has written a memoir that he has designed to be like a box of candy. http://stephenmosher.com/lived-in-crazy

If you are out in LA: TONIGHTS THE NIGHT,
6 p.m social and silent auction...
7 p.m. FRITZ COLEMAN!!!
Benefit for
Actor and Others for Animals
At the historic El Portal Theater in NOHO. 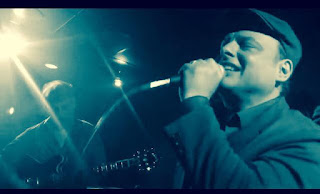 THE KEVIN LUTKE TRIO make their NYC Debut at The Metropolitan Room, August 3, 2017 at 7PM

Multi-Award winning singer/songwriter, Bobby Belfry, along with world-class guitarist, Kevin Lutke and his Trio, have created a new set of socio-political jazz/folk/rock inspired contemporary pop music that has been burning up The Hudson Valley, with concerts at The Illuminated Concert Festival in Newburgh, Maureen’s Jazz Cellar in Nyack, and the Fanwood 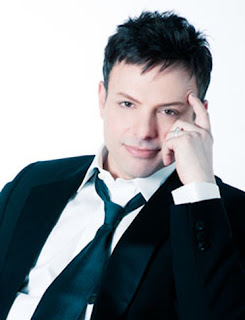 The music is uplifting and empowered with a bit of humor, which is exactly what the arts need in this tumultuous political climate of our times.

Mr. Belfry has performed at The White House, The Kennedy Center, and Lincoln Center, in addition to countless theatres and nightclubs throughout the country and abroad. He is a featured artist in the music documentary, “This Time” and has 3 albums of music on iTunes and several streaming sites. “Bobby Belfry is one to savor, embrace, and lend the hand of fame to,” said BILLBOARD Magazine.

Mr. Lutke has a Masters Degree in Jazz Guitar and composition from NYU, and has performed with countless jazz luminaries throughout his career. Kevin also has 3 CDs of original and cover music available on iTunes and other streaming services. 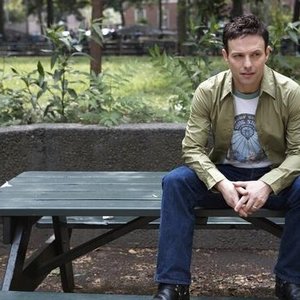 The group is rounded out by Jay Brunka on upright bass, and John Romagnoli on percussion.

The concert at The Metropolitan Room, on August 3, at 7pm, is the group’s NYC debut. There is a $15 Cover, $25 food/drink minimum
Please purchase tickets online at www.metropolitanroom.com

A new album of the music performed this evening is in the works on the DEKO Music Label. 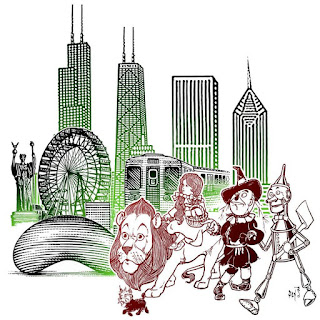 This is something I wish I could go to! Oz, The National Convention.
The wonders of the White City... The fun of the Midwest Oz Festival... Find your heart’s desire in Chicago—the inspiration for Oz.

Thursday: Kick off the weekend with a party at the home of Oz collector and convention co-chairman Walter Krueger.

Friday: From a Kansas twister to the Nome King’s mines, Friday morning is filled with farm fun. In the afternoon, explore animated Oz films, followed by an evening fashion show of famous Dorothys and a live Oz music program. 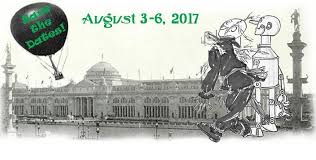 The afternoon Oz Auction will be a highlight for collectors.
And yes, there will be cake: it’s the International Wizard of Oz Club’s 60th anniversary!

Sunday: After breakfast, enjoy the final day of the Midwest Oz Fest in neighboring Tinley Park. Join Oz friends for a bring-your-box-lunch open house at Walter Krueger’s. Optionally, sign up for a small-group Oz tour into Chicago, or head out to explore on your own. 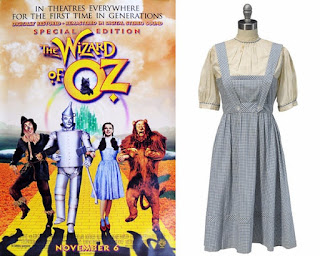 Regroup for dinner at the Hyde Park home of Carrie Hedges as they honor her tenure as Oz Club president.

There is also the Midwest Wizard of Oz Festival!

Leanne Borghesi at Feinstein's-What Is This Swing Called LOVE?

San Francisco!! Leanne is so jazzed, she could kiss ya! Celebrate the summer of LOVE together!
Tickets are now on sale for her upcoming cabaret

show- Leanne Borghesi Live at San Francisco's Feinstein's at the Nikko What Is This Swing Called L-O-V-E? Thursday August 3, 8pm. 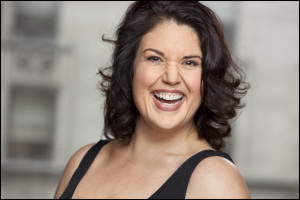 It is going to be a swingin' night of good music and good vibes...an intimate affair...meow!


The secret of change is to focus all your energy not on fighting the old but on building the new. - Socrates

I'm throwing back the curtain and showing my followers the little man behind the Wizard who is always trying to put forth a positive image of a man.

Let's Be Friends! I promise you a great experience!


You have the power to change anything, because you are the one who chooses your thoughts and feels your feelings.


Anyone who has an opportunity to see Richard Skipper's cabaret shows should BY ALL MEANS doso! They're sensational! Great entertainers, wonderful music, lots of laughs, just the best way to spend an afternoon! I just cannot wait for the next show because I will DEFINITELY be in the audience (quietly singing along)!Arlene Jacks, New York, NY
I was most impressed with the balance and variety of Richard Skipper Celebrates... on June 18th.  I love hearing Sarah Rice, and her Bourne-Jones beauty is a joy on top of that.  That segment was really top notch.
David Sabella was so moving when he was talking about his children, and the Sondheim montage was unexpectedly thrilling.  I liked the little table where I was sitting because I could watch Richard Skipper's reactions to everything, and that just added to the joy.  I don't think a smile left my face for the entire show.  Good for Richard!!!!
Jacqueline Parker, NYC

I have had the great pleasure of seeing the show the talented Richard Skipper presents at the Laurie Beechman. It was a delightful afternoon with so much talent brought to the stage and especially, Leslie Orofino, on the show that I attended. Richard is not only a very talented performer himself, but his knowledge of the history of the stage world is outstanding. His memories and stories recalled are a gift to us all. His manner and style of interviewing is so wise, warm and professional. I am so overjoyed to see him interview many legends and he embraces them with such care and respect. He is the ultimate showman.
Pamala Hall,Lionhawk Productions Weston, Ct.


Sit Back! A New News Cycle Is About to Begin! 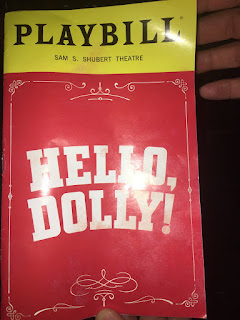 
Posted by RichardSkipper at 5:07 PM