What we all like in life, I think, is the challenge of making something... that is not easy to do. Stanley Donen

Happy Friday the 13th!
It is April 13th.
April 13 is the 103rd day of the year i. There are 262 days remaining until the end of the year. It is an absolutely GORGEOUS day here in New York. The current temperature is 72 degrees. Cannot wait to treat me to a nice leisurely walk later but for now, it is time to CELEBRATE!
I can’t get a clear picture of myself today because too many memories are clouding my vision.
Rather than allowing past experiences to darken my current perceptions, I am carefully separating recollections of the past from sensations in the present.
Clarity is power.
As I begin today's blog, Judy Garland's The Trolley Song from the soundtrack of Meet Me in St. Louis is playing in the background. Thank God for those glorious MGM musicals!
They have gotten me through so many rough patches in my life. I really began to discover those musicals in my teens. I was thirteen with MGM's That's Entertainment! came out. That ushered in an entire nostalgia craze and everyone was either rediscovering these great films or, as in my case discovering them for the first time.  These films and songs truly are part of the
landscape of my life.
Today, I am reminded of those musicals as we celebrate the birthday of Stanley Donen. Because of the gifts he gave to the world and continues to give, he will live forever. On The Town, Singing In The Rain, Seven Brides for Seven Brothers, Funny Face, Charade...that's just five of his classic films! Thank you, Mr. Donen!
Today is also the birthday of Lyle Waggoner. Actor and former model, known for his work on The Carol Burnett Show from 1967 to 1974, and for playing the role of Steve Trevor and Steve Trevor Jr. on Wonder Woman from 1975 to 1979.
As I always say, there is something to celebrate each day instead of the doom and gloom foisted upon us constantly. In addition to the aforementioned, today I also celebrate Stewart Brodian.
I know Stewart from my 'Carol Channing' days. He appears as Howard Stern. He is also an author. He has a new book out and that is the main purpose of today's interview. I hope you enjoy!
Musician, composer, actor and celebrity impersonator (Howard Stern). Also; published a small newspaper in his home area called Nickel. Plays guitar, piano, sings (low range tenor) and composes. In addition to acting, he hosts a weekly radio show at a local NPR station (WDIY 88.1 FM Allentown, PA.), a weekly cable TV show in Philadelphia called Brodian's Basement (Phillycam) and has released music recordings of his own compositions. 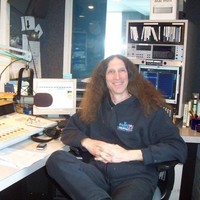 Continues to perform in the New York, New Jersey and Pennsylvania areas. Occasionally seen as a background extra in first season episodes of the NBC-TV comedy: "30 Rock". More recently, has added the title of artist to his resume. He's reproduced some non-existent works originally made by Picasso (see: "Mystery Of Picasso"). He still continues to make infrequent films and 'on the spot' video travel commentaries for various cable TV shows.

Are you unstoppable?
I've been called unstoppable so, I'll say yes.
When I put my mind to do something, I get it done - and then, I usually move on to the next project!

Tell us about Here's The Future You Asked For
This book was born out of a frustration with things - everything, people, society, technology, politics, etc.,...
The first book was written because of my disgust with people's obsession with people like Snooki (thus the title) 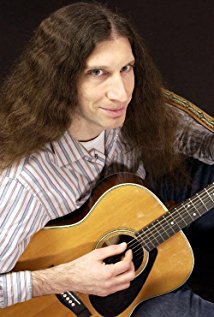 In my new book, I open up and talk about a lot more than what was discussed in the first book.
People seem confused as what to think about what is happening in today's society and, I'm offering the book and some type of guidance as to not so much where but how to look for answers and to get people discussing certain issues and learn how to ask questions.
Asking questions is not that hard as some people may think!

What is the most interesting fact you learned recently?
I wouldn't know how to answer this question.
I'm constantly learning new and interesting things.
People like talking to me because they always learn interesting things from me.
I'm always sharing what I learn and know.

How long have you been on your diet?
What diet?

Has your perspective changed any since starting this project? 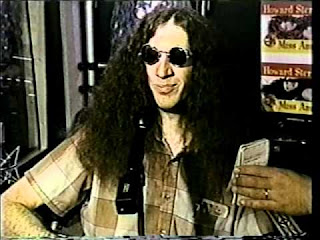 I'm not sure if my perspective has changed since beginning this project.
I've tried to research the things I talk about - I think that's where most of my attention was focused.

Do you think about revising your books after you've written them?
No.
Once they're written that's it + they're done.
If they've become outdated then, leave them as a time capsule.
Revising them is like distorting a view of history.

How do you see proceeding with your career? Do you have an upcoming project in mind after this 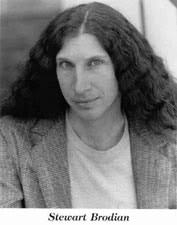 one?
On may 3rd, I have a convention I organized in Philadelphia.
It will be a celebrity impersonators convention.
The primary goal of this first one will be to network and plan a full-fledged convention.
Also, during the month of May, I have a display planned at my local library.
It's the 100th anniversary of the famous upside-down airplane stamp.
The whole display case will be devoted to that - with a little history of the airmail service and other interesting things.

Is doing what you do at all difficult?
If it was difficult, I would quit.
I really shouldn't say that.
I like a good challenge.
It makes life more interesting.
Thomas Edison was once asked wasn't he frustrated that it took him 1000 tries to perfect his light bulb.
He replied that he learned 999 way how NOT to make a light bulb.
You can learn from your failures as well from your victories. 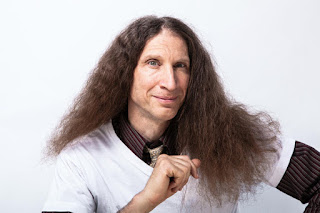 What do you do when you’re not performing/writing?
I have a day job - I've worked at the same place of business for the last 25 years.
I do take an occasional trip.
In 2014 I visited Nashville for the first time.
It was for a filmmakers convention.  I was promoting my TV pilot, "Double Or Nuthin'.
I went down a few days early and did a little sightseeing - and, yes, I did perform in Nashville (YEE-HAA!!!!)

What inspires you to create?
Anything and everything.
Name one person you would like to see profiled on my blog
Some new/up-comer mover/shaker on the Broadway scene 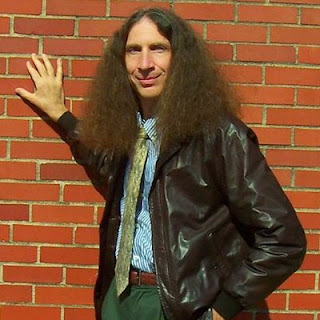 Can you tell us how Here's The Future You Asked For came about, and where the source materials came from?
As I've written earlier in this interview, it came out of a frustration with things.
The source material (here I go, repeating myself) came from anything and everything;
notes, I may have jotted down while doing a flip-though on the cable (channel surfing) to things, I hear on the radio to stories I read in the news or what I may hear people saying as I walk down the street.
It also comes from my personal experiences in dealing with people in my day job or whatever situation I find myself in.

Anything else you wish included?
Can we talk about my music career? 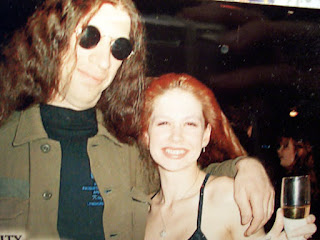 Peggy Eason is Returning to The Laurie Beechman on Saturday Afternoon July 28th at 2PM. The Chocolate Diva Is Getting Romantic! She will be joined by Tracy Stark! Reserve TODAY!

"Why isn't there an ensemble award?" That's a question that Harvey Fierstein asked when he accepted his 2003 Tony Award for Best Lead Actor in a Musical for Hairspray, and it's one we've 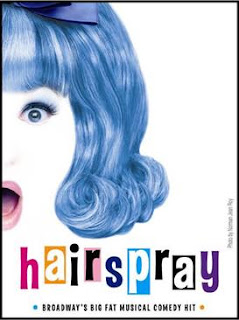 From BroadwayWorld.com: Richard Skipper topped himself once again with a rousing afternoon of Broadway and Off-Broadway stars taking to the stage at the Laurie Beechman Theater to tell stories of how they created or personalized great roles in the musical theater. Read MORE.

Mary Elizabeth Micari has been playing in bars, clubs, and cabarets in NYC for almost two years. Everywhere she goes, people ask for an album.  She desires to get into the studio and really get these old, funny, dirty, hokum, vaudeville tunes down.  It's about MORE than getting them on a recording, which is really important but also to make this music, much of it forgotten available to others not here! How wonderful to be able to spread this work and these songs and revitalize them, fill them with light and life again! She would like to get going by Fall 2018. If you can help a little or a lot you will be doing a service to her and her show as musicians and singers but also to history and music! 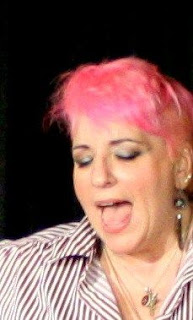 Some of these songs are over 100 years old and they are as funny and smart as they were then.  Help preserve.  If you do help, she will be so very grateful to you! You will be giving them all and these songs a chance to thrive.  Read MORE. 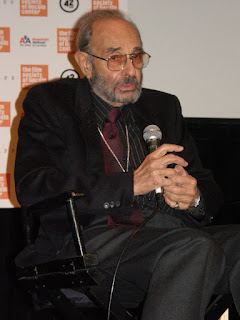 So — Order your tickets now online… RESERVATIONS A MUST!https://web.ovationtix.com/trs/pe.c/10248067

Musical Direction Joe Goodrich with Don Kelly on Percussion, Matt Scharfglass on bass, and Erik Lawrence on Sax.
*Steven Ray Watkins will accompany Jim Speake and Those Girls
With music, reminisces and an afternoon of fun and show business! 90 minutes of merriment and excitement …Right on the heels of the 4/8 Richard Skipper Celebrates Life in the Theatre

Richard Skipper has assembled a great cast to Celebrate and honor . . . RICHARD SKIPPER has become synonymous with “feel good entertainment of the highest quality”. For decades Richard has entertained thousands and celebrated the careers of many of Theatre Row’s finest and most honored stars… The afternoon will prove to be an event where all will arrive and leave with smiles! This will be similar to the old-fashioned TV specials and series where we get to chat with and honor this Entertainment Icon.

A Few Audience Testimonials
I commented on Facebook, but I wanted to write you a personal note to let you know how much my wife and I enjoyed your show Wednesday night. You are a consummate entertainer! And it was obvious from watching you onstage how generous you are and how delighted you were to offer your talented friends an opportunity to entertain a full and enthusiastic house.
I also loved the opening montage—especially the extended clip from What’s My Line? How cool!
I wanted to reciprocate your support for my York Theatre show last year, but I got far more out of attending your show than I could have imagined! Congratulations!
Best regards,
Charles Troy 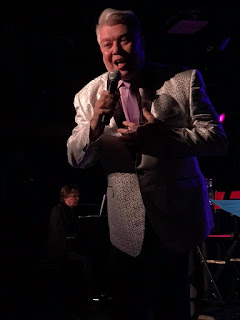 What a wonderful way to kick off the holiday season! My daughter Jamie and I felt the Christmas magic, and for me, I took a wonderful stroll down memory lane. Thanks, Richard for all that you do and for putting together such a wonderful show, we'll be back!
Rich Braaten, Ridgefield, CT

My mom, sister, daughter and I were lucky enough to see Richard Skipper and his stellar guests. We all highly recommend Richard 'a shows!
Christine Milton, Bronx NY


The show is also made possible by Wright Bros. Real Estate. 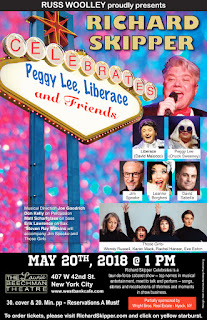 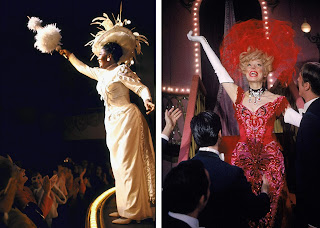 
Posted by RichardSkipper at 5:15 PM