Happy June 16th, 2018!
June 16 is the 167th day of the year. There are 198 days remaining until the end of the year.
It is a gorgeous day here in NY and as I sit down to write today's blog, I'm listening to the Broadway channel on Sirius XM, specifically Sutton Foster in Little Women.

This immediately takes me back. One of my dearest friends was a producer of that production, Heather Duke, who unfortunately has passed on due to leukemia. Also, one of the producers was Jana Robbins. I saw the show twice. Once in previews and was also invited to opening night.
It was an amazing night albeit a major snowstorm in NY. 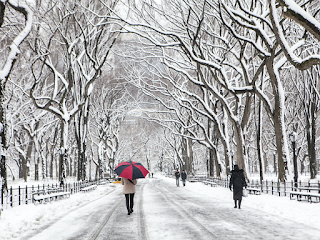 Just getting to the after party at Tavern on the Green was an adventure!
Today is also Bloomsday!
One of the many benefits of having the opportunity to work closely with so many different people over the years, is thatI see a common theme. Everyone desires to be acknowledged.
Today, I am celebrating Corinna Sowers Adler who will be appearing at Feinstein's 54 Below tomorrow evening.
One of the most gorgeous voices in New York belongs to Corinna. Something Beautiful, the name of her show, which debuted last fall in Jazz at Lincoln Center’s majestic Appel Room. Filled with magical songs by Billy Joel, Ahrens and Flaherty, Mary Chapin Carpenter, Elton John, Stephen Schwartz, and others, Corinna will mesmerize and delight while packing an emotional punch. Corinna, a three-time Tony Award nominee for Excellence in Theatre Education, will include a chorus of NiCori Teen Ensemble singers. 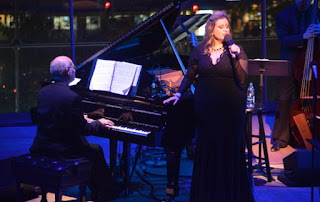 Order tickets HERE.
In the meantime, enjoy our mini interview.
If you could have coffee with any living person, it would be…
Nicholas Adler…No, really.  I don’t really get star struck and Nick and I don’t have enough coffee dates.

Tell us a secret.
What’s been your most mortifying or crazy onstage mishap?
Well, while in a production of “Company” in 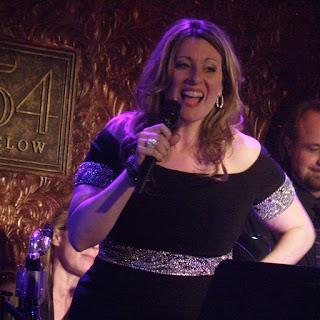 college, I wiped out on stage and fell on my rear in front of the audience during my first entrance playing the role of Amy.

How do you find fulfillment out of the spotlight?
Directing/coaching/mentoring theatre kids.  It’s the most rewarding thing I have done with my life.

Where are you from?
I am from a small rural area in Pennsylvania.  Schuylkill County, PA.  I grew up in 50 acres of woods outside of a small town called Auburn.  I went to Schuylkill Haven High School.

What do you do to stay connected to your creative self? 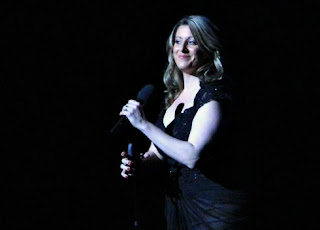 I crave time alone, so I often have “Artist Dates” by myself to just observe the world around me and watch life happen.  I also continue to work on my own instrument and feel like I can always improve on something.
I love knowing and learning the way our body creates and phonates sound.

What great challenges did you have in pursuing your career?
One of my greatest challenges is my lack of patience.  I was not someone who was going to sit in a room for 5 hours and *maybe* be seen.
I got frustrated with that easily and instead decided to make my own work. 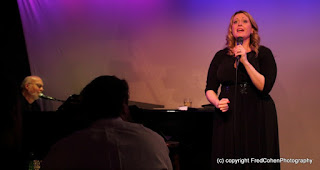 I also had many people tell me that I didn’t "fit the mold" and that my voice didn’t match my look.  I continue to be a great believer in embracing who are you are and breaking “the mold”. I’ve also never been good at the “rubbing elbows’ aspect of this business.
I’m actually terrible at it.  I don’t know how to schmooze. 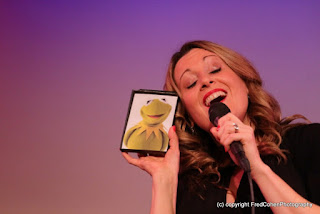 Who are your mentors and what would you like to say to them?
My mentors are my teachers James Carson, Cora Gamelin-Osenbach, and Adam Hill.  I would thank them for all that they have given to me. I would also thank them for believing in me and seeing in me what I couldn’t always see.
I do my best to be what they were to me to my students every day.

Something Beautiful happens TONIGHT  June 16th at 9:30pm at Feinstein’s/54Below

Also newsworthy...
Legendary Broadway and screen actress Carole Cook makes her New York cabaret debut at the age of 94. After receiving rave reviews in Los Angeles and San Francisco, this fabulous evening of memories and song comes to Feinstein’s/54 Below.
Carole sings numbers from Sondheim to Coleman – from Billy Barnes to Jerry Herman. She recalls a scrapbook of memories, from being Lucille Ball’s protege to working with Ethel Merman.
Order Tix HERE

Thanks to my great publicist, Jay Michaels, I got some great coverage in BroadwayWorld this week. Renowned entertainer and emcee, Richard Skipper, is on a whirlwind June with events every week culminating in a joyous PRIDE event presented by Russ Woolley at The Laurie Beechman Theatre, 407 West 42nd Street on Sunday, June 24 @ 1 PM. Read More 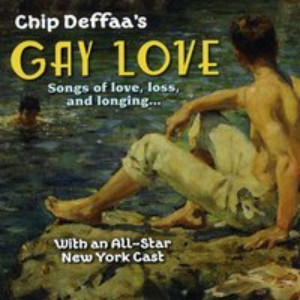 The album, an outgrowth of shows that Deffaa has presented at the venerable 13th Street Theater and elsewhere, features 28 rare--and, in some cases, never-before-recorded--songs with a "gay romance" theme.
The album--which will be available from Amazon, CDBaby, iTunes, Footlight Records etc. on June 29th--may be pre-ordered, as either a physical CD or a digital download, here: https://store.cdbaby.com/cd/gaylove.
A portion of the proceeds will go to the charity Broadway Cares/Equity Fight AIDS.

Less than 24 hours until the return of Jonathan Schwartz and The Sunday Show on http://TheJonathanStation.com 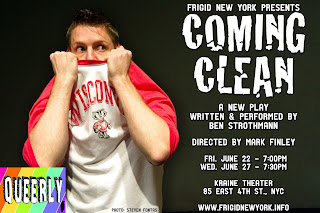 Ben Strothmann's play (formerly “Virtual Memory” — now called “Coming Clean”) was accepted to the Queerly Festival and he will be performing it again on:

Here’s the link for tickets and info: 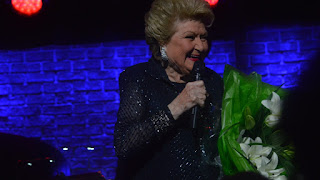 Marilyn Maye Is Absolutely Marvelous at the Iridium by Marilyn Lester
Singer, actress and Eighth Wonder of the World, Marilyn Maye, can’t help but live up to her sobriquet—she is truly “Marvelous.” Her command of an audience is total, whether in a large concert hall or in the intimacy of a small cabaret room. In the cozy environs of the Iridium, where Maye knew many in the audience of devoted friends and fans, the atmosphere was informal and familial. Read more here
Now, go and do something nice for someone without expecting anything in return! 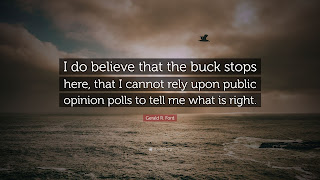 Last Show of this Season 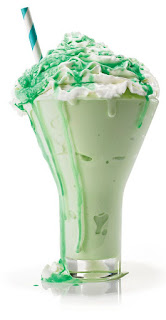 Musical Direction Matthew Martin Ward with Rex Benincasa on Percussion, Steve Doyle on bass, and Erik Lawrence on Sax.
With music, reminisces and an afternoon of fun and show business! 90 minutes of merriment and excitement …Right on the heels of the 4/8 Richard Skipper Celebrates Life in the Theatre 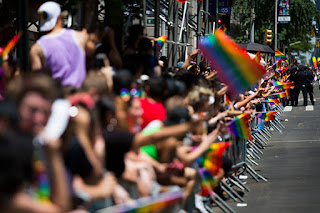 When and Where:
Sunday, June 24th - 1 PM, Doors open 12:15
THE LAURIE BEECHMAN THEATRE, 407 West 42nd Street (lower level of the WEST BANK CAFE) Producer: Russ Woolley $30 ticket plus $20 food/beverage minimum - exquisite and reasonably priced food and drink. Richard Skipper has assembled a great cast to Celebrate and honor . . . RICHARD SKIPPER has become synonymous with "feel good entertainment of the highest quality". For decades Richard has entertained thousands and celebrated the careers of many of Theatre Row’s finest and most honored stars… The afternoon will prove to be an event where all will arrive and leave with smiles! This will be similar to the old-fashioned TV specials and series where we get to chat with and honor great artists. 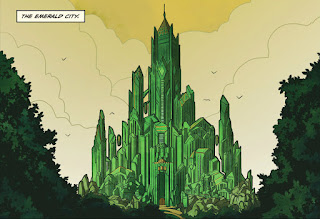 What an incredible show! Richard Skipper, Russ Woolley, and their team treated us to powerhouse performances from some legendary female performers, and Richard's on-stage interviews provided rare insight into their careers and experiences. Thanks so much! Can’t wait for their next production on May 20th!!!! Much respect!!
Jane Metzler Fox on Stage

I've said it before and I say it again...Richard Skipper Celebrates is the best series of shows available in NYC! The performers are always top-notch, the audience is filled with the most joyous and appreciative attendees and the entire productions are flawless! Thanks again to Richard Skipper and Russ Woolley for all the time and hard work you put into these shows. You're the GREATEST!!
-Arlene Jacks, NYC

Richard, Raymond and I had the great joy to be at the wonderful Carol Channing birthday bash you blessed us with on Wednesday.  You are truly brilliant and thru you the great joy that was spread throughout the room was perfection. Thank you again.  Each time I am able to be at your "Celebrations" I feel uplifted and so glad that I was there.
-Bob Diamond, NYC

If you have attended a Richard Skipper Celebrates Event, and you haven't done so already, please add your comments  in the Guest Book at RichardSkipper.com 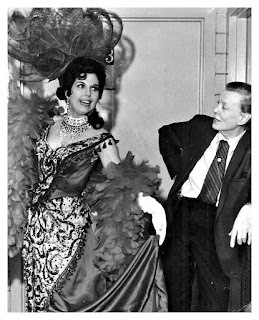 
Posted by RichardSkipper at 5:12 PM