Loving kindness is greater than laws; and the charities of life are more than all ceremonies. ~ #TheTalmud

Today, I celebrate everyone's art. Today's social media engagement: Leave a comment in the comments section and share and let's keep the next 24 hours upbeat!   Have something to promote? Post it here! Now, go out and so something nice for someone without expecting anything in return! 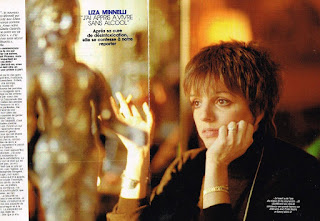 Celebrate the gifts you have to offer the world! Did you do your Morning Pages? Have no clue what I am referring to? Today, celebrate your crazy ideas and surround yourself with those who will support those ideas! Make it a great weekend! Recommended reading: Carve Your Own Road by #JenniferRemling and Joe Remling.

Today's Top 10 Things On My Mind 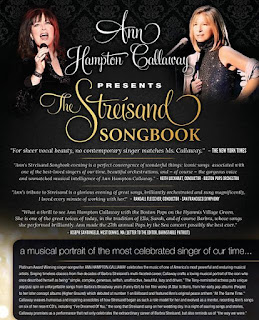 Singer-songwriter Ann Hampton Callaway celebrates the music of one of America’s most powerful musical artists, singing timeless classics from five decades of Streisand’s multifaceted career. Callaway puts her pop/jazz spin on the unforgettable songs of the Streisand songbook in a musical portrait of the iconic performer.

2. Famous For Her Barbra Streisand Impersonation, Christina Bianco Pushes Streisand Aside to Play Funny Girl
PARIS — The words are all in French, and they are all raves. Translated into English, they sound like this: “stunning,” “dazzling,” “radiant,” “lyrical,” “phenomenal,” “powerful,” “moving,” “bubbly,” “funny,” “a delight,” “a role that fits her like a glove,” a performance that “can without fading hold comparison with Barbra Streisand.” (Read MORE) 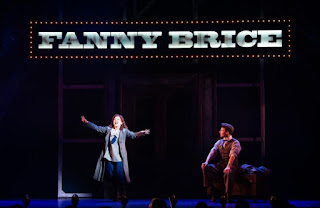 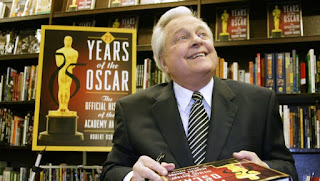 Robert Osborne, the late Turner Classic Movies host, will get a send off in style from his network: TCM announced Tuesday that it will dedicate 48 hours of programming to honor his legacy. Airing all day March 18 and 19, the two-day tribute, Remembering Robert Osborne, will feature an extensive collection of the long-form interviews Osborne conducted during his 23-year 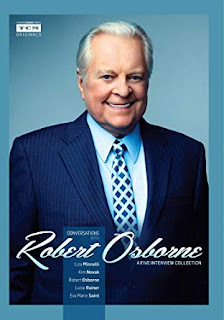 tenure with the network, including: Excerpts from Private Screenings and Live From the TCM Classic Film Festival. A special edition of Private Screenings featuring Alec Baldwin interviewing Osborne on the host‘s 20th anniversary at the network and Osborne‘s first TCM introduction for Gone With the Wind.  Read MORE

5. Sidney Myer lights up Pangea at the pinnacle of the month, New Year’s Eve. 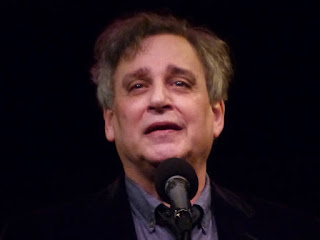 The day before, on December 30, Rachelle Garniez throws her popular “Farewell Party” – her fourth annual countdown of the amazing musicians who left us in the last 365.
NEW YEAR’S EVE WITH SIDNEY MYER
Cabaret arch-angel Sidney Myer headlines Pangea’s New Year’s Eve festivities in back-to-back shows at 8pm and 10:30pm.  The New Year’s Eve edition of “Sidney Myer Live!” is a new evening of stylish specialties and signature songs, with music direction by Tracy Stark on piano and Matt Scharfglass on bass. 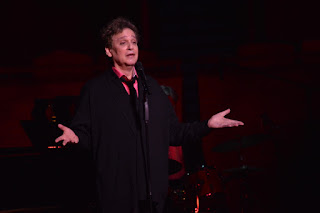 The show piggybacks on Myer’s dazzling string of sold-out shows at Pangea, his newfound performance home since 2018, where he has sold out four separate engagements, three of which were extended by popular demand.
“Sidney Myer Live!” for New Year’s Eve -- Tue Dec 31, 2019, two shows, at 8pm and at 10:30pm. $135 for the early show and $165 for the late show.  Includes 3-course dinner, and a half-bottle of Prosecco per person. 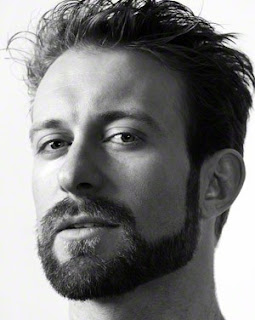 takes charge of the 3rd Monday of the month with a new series of shows mixing the intimacy of late-night piano bar with precision stagecraft, vocal fireworks and outré hilarity.  Since he captivated us this summer as part of Pangea Pride, Colin has become one of our favorite talent instigators able to draw a crowd with the barest of means.  In a city that’s in desperate need of community, Colin and his confrères are the perfect antidote to our ennui and isolation.
“Colin Cunliffe and Friends” – Mon Dec 16, at 8pm.  Cover $25.
For information or to order online, visit www.pangeanyc.com or call 212/995-0900. Pangea is located at 178 Second Avenue (between 11th & 12th Streets). (Source for Pangea Items: Beck Lee)

7. Hillary Rollins Presents MaryJo Mundy In THE RIGHT TO CABARET At The Gardenia Supper Club 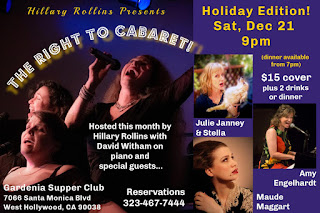 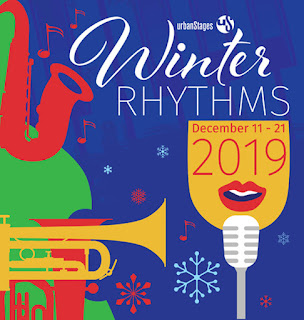 8. Celebrating their 11th anniversary, Urban Stages presents their annual fundraising event in support of the Urban Stages Arts & Education Outreach Program. The concerts range from Classical and Jazz to Opera and Musical Theatre and more.

9. A Christmas Carol opens on Broadway to rave reviews! 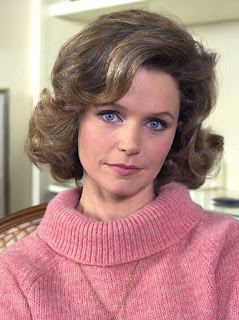 "I don't quite know what stardom means. It was never something I went after, as such.  I love to work; I always have, and I love trying to do the best... I'm really a housewife who is incidentally an actress." - Lee Remick 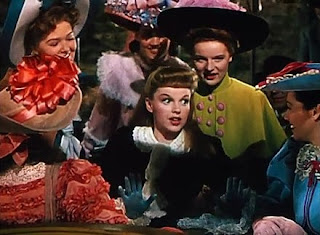 So there I was, working to generate an audience for my Ahrens and Flaherty show to be performed in 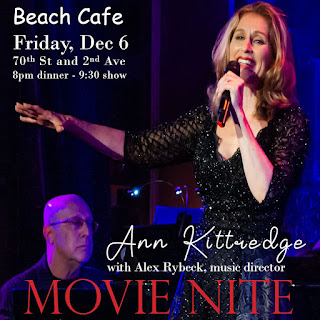 Los Angeles, and at the same time creating an entirely new show with Alex Rybeck for The Beach Café (Movie Nite). The shows were only 3 weeks apart. Having worked with Richard Skipper before and been blown away by his commitment and skill as a marketer, I nonetheless, decided to try to save a bit of money and do it myself this time. GREAT LESSON to be quickly reminded that trying to save money was draining my life energy with the amount of time and effort I was putting into doing something I’m not even good at, and best left to the experts. Richard is that person for me. I TREASURE him. He’s got a quick mind, is never-endingly creative and invested in my success, and most important, 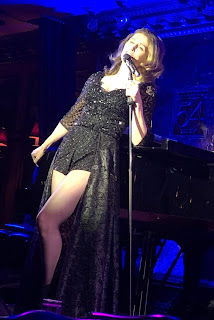 delegating the marketing to his more-than-capable hands left me time to fully immerse in my work as a performer -- and sleep. Yes, turns out sleep is important for performers. Not to mention he was far more effective. Thankfully he was available to jump in and take over for Movie Nite. And turns out spending the money (and he is extremely reasonable) saved me in the long run by making wiser decisions based on his advice, and the benefits of Richard’s work doesn’t end when the show is over. Oh no, it reverberates. He has become as essential to me as having a music director. Truly. -Ann Kittredge, NYC

Richard Skipper's recent one man show, "From Conway to Broadway," is a wonderful, creative job of musical theatre storytelling. The mood, the pace, the songs and anecdotes--all made for a great evening of theatre. The Conway section brought back a lot of memories--Florence Epps and "Molly Brown" and his performances on the front steps of Conway High School. And his first experiences of New York were hilarious! Thanks for creating this show and sharing your talent and your story.
-Doug and Vicki Bell, Conway, SC
I enjoyed Richard Skipper's show so much. How he remembers all the things he has done in such
detail is amazing. It made me feel like I was on his journey With him!
-Debbie Collins Bedell, Conway SC 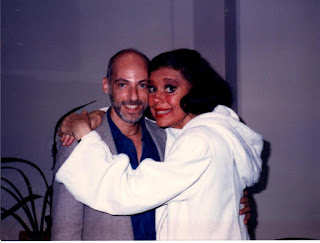 TILL TOMORROW...HERE'S TO AN ARTS FILLED DAY
Richard Skipper, Richard@RichardSkipper.com
This Blog is Dedicated to Morey Amsterdam who was born on this day.