It's ironic, but until you can free those final monsters within the jungle of yourself, your life, your soul is up for grabs.
Rona Barrett

Happy Saturday!
Today, I am writing about three women who have touched my life. One is celebrating a birthday. One is currently appearing at Feinstein's. One will be returning to Feinstein's next month.

I'd like to begin my blog today by wishing Rona Barrett a very happy birthday. Rona, you don't know me but you got me through the 70s. I've several times written about my childhood in South Carolina and truly being a product of 70s television. In addition to the shows I watched, Rona Barrett's Hollywood was a definite guilty pleasure! For my readers who are too young to remember, this magazine was the last of the great movie magazines. It had gossip, great articles, and great pictures. 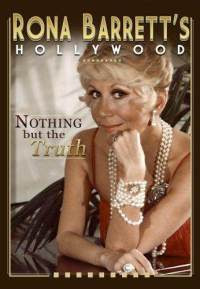 The healthy and strong individual is the one who asks for help when he needs it. Whether he's got an abscess on his knee or in his soul.
Rona Barrett

Also, I want to congratulate Betty Buckley on her rave review in the New York Times for her current show at Feinstein's. I, like most of my generation, first became familiar with Betty in Carrie and then fell in love with her on EIGHT IS ENOUGH.
What an incredible concert, recording, and theatrical career she has has. Years ago we were seated together at Quinn Lemley's THE HEAT IS ON show, Quinn's tribute to Rita Hayworth. I found Betty to be like running into an old friend. She seemed very interested in knowing who Danny and I were and asked a lot of questions. A wonderful memory we have. 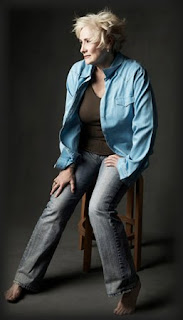 I don't know how it happened, but the day after Danny and I were married, Betty called us by accident!
She dialed a wrong number (Ours)when we both realized the mistake, she was very congratulatory to both of us! We also saw her in Sunset Boulevard, one of the most incredible performances I EVER saw on Broadway! I wish there was a category for replacement stars. She definitely would have gotten the Tony for her performance. It still resonates strongly with me these many years later. Danny and I try to catch her when we can in concert. It is ALWAYS a treat. Yes, I'm a FAN!
Betty Lynn Buckley (born July 3, 1947)...how appropriate that she made her Broadway debut in 1776! Broadway debut as Martha Jefferson.
In 1970, Betty had the starring role of Fran Kubelik in London production of Promises, Promises.
She received an Evening Standard Award nomination for best actress in a musical.
(She eventually went on to recieve a Tony Award and a Grammy Award nominee.)
In 1971, Betty returned to the musical 1776 on Broadway.
In 1972, Betty appeared in What's A Nice Country Like You Doing In A State Like This?, off-Broadway
In 1973, she appeared as Catherine in the Bob Fosse Broadway musical Pippin. 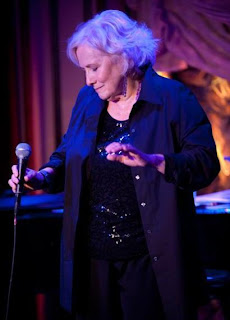 (From my friend, Magda Katz:Betty Buckley: Not only is Betty Buckley a talented lady but a warm and friendly person. Meeting and talking to her after the show was a treat. Betty's performance at Feinstein's was special because she brought originality to songs that have been done many times. I thought her theme of having a woman sing songs that have always been song by man was a brilliant idea. It gave the lyrics nuances that were different and fresh. Every young performer needs to see what a perfect performance by an ultimate professional can be.)

She also did The Devil's Work, A PBS Movie.

In 1976, She played Miss Collins in the Brian Depalma film Carrie. 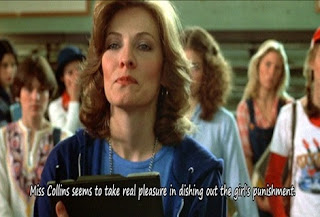 From 1987-1981, She WAS Abby Bradford in the hit tv series EIGHT IS ENOUGH.
In 1979, the year I went to New York, Betty records Walking In Space for soundtrack of Hair film.
In 1980, I remember the buzz and excitement of Betty's Heather in Gretchen Cryer'sI'm Getting My Act Together and Taking It On The Road. (I'm very excited to announce that I will be working with Gretchen in January!)
In 1981, Bettyco-starred in the tv movie The Ordeal of Bill Carney.

Then she took Heather in I'm Getting My Act Together and Taking It on The Road to Los Angeles.
In 1982, she played Dixie Scott in Bruce Beresford's Tender Mercies, with Robert Duvall.
And she followed that as Grizabella, the glamour cat in Andrew Lloyd Webber's Cats becoming the toast of Broadway and the world and winning a Tony Award in the process. I remember being so excited for her when they called her name! 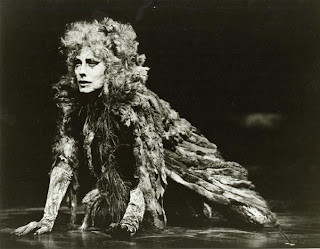 Cats as I'm sure you all know, is a musical composed by Andrew Lloyd Webber, based on Old Possum's Book of Practical Cats by t. s. eliot. It introduced the song standard "Memory".
Cats first opened in the West End in 1981 and then on Broadway in 1982, each time directed by Trevor Nunn and choreographed by Gillian Lynne; it won numerous awards, including both the Laurence Olivier Award and the Tony Award for Best Musical.
The London production ran for twenty one years and the Broadway production ran for eighteen years, both setting long-run records.
Actresses Elaine Paige, currently wowing audiences in Follies on Broadway, and Betty Buckley became particularly associated with the musical.
One actress, Marlene Danielle, performed in the Broadway production for its entire run (from 1982 until 2000).

In addition to winning a Tony Award in 1983, Betty appeared in Bobby and Sarah, an ABC Afterschool Special (Emmy Nomination). She followed this up with the TV Mini Series, EVERGREEN.
In 1984, Betty gave a sold-out concert at St. Bartholomew's Church in New York City and released on cd Betty Buckley by Rizolli Records.
She followed that up with Three Wishes of Billy Grier, tv movie.
Then in 1985, Second Stage Theater's Juno's Swans, directed by Marsha Mason.
Then came, Edwin Drood in NY Shakespeare Festival's The Mystery Of Edwin. Drood
In 1986, she brought us Emma in Andrew Lloyd Webber's Song and Dance.
She followed that up with CBS Miniseries Roses Are For The Rich.
She then went on to guest star in Cagney & Lacey. This series, of course, starred Tyne Daly who won a Tony Award in 1990 for Gypsy. Betty led a highly successful production several years later at The Papermill Playhouse.
She followed up her appearance in Cagney & Lacey with Woody Allen's Another Woman . 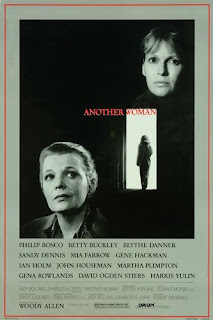 Then Carrie came into her life again! This time as Margaret White in the Broadway musical Carrie.
Followed by Roman Polanski's Frantic.

Order Betty's cd "Bootleg: Board Mixes from The Road" from iTunes today!
Also available at Barnes and Noble 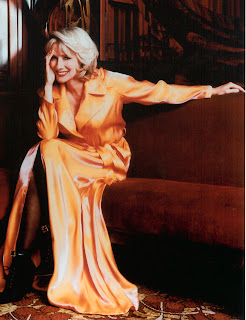 Through October 29th - Betty presents "AH MEN! The Boys of Broadway at Feinstein's at the Regency in New York City. Buy tickets HERE

A Singer Asks, Why Can’t a Man Be More Like a Woman? By STEPHEN HOLDEN, NEW YORK TIMES
Published: October 6, 2011

In the flowery lyrics of “Younger Than Springtime,” that heavily perfumed Rodgers and Hammerstein love song from “South Pacific” sung by Lieutenant Cable to his islander sweetheart, the ethereal beloved is “softer than starlight” and “warmer than winds of June.”
At the opening night performance of her new show, “Ah Men! The Boys of Broadway!,” at Feinstein’s at Loews Regency on Tuesday evening Betty Buckley sang the song with conviction, then mused aloud that if only men addressed women that way, “the world would be a better place.”
(Editor's note: I AGREE!)
Ms. Buckley’s show is a witty, powerfully sung female occupation of male territory, waged with good humor and gusto.

Its centerpiece, “A Hymn to Her,” is a sprawling, joke-strewn rewrite by Eric Stern and Eric Kornfeld of “A Hymn to Him,” Henry Higgins’s misogynistic rant from “My Fair Lady.”

That monologue, if you recall, compares the alleged nobility, honesty, kindness and decency of men with the “exasperating, irritating, vacillating, calculating, agitating, maddening and infuriating hags” of the opposite sex. 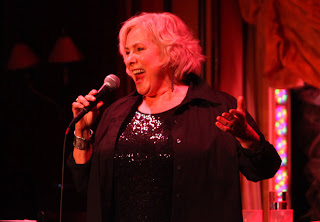 
The show’s retort encompasses references to countless male roles on Broadway from Che Guevara in “Evita” to Tevye in “Fiddler on the Roof” and also brings in Ms. Buckley’s theatrical résumé. 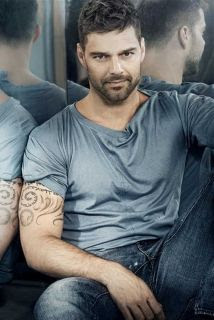 (Editor's note: Ricky Martin will be playing Che Guevara in the upcoming Broadway revival of Evita!.
I can guarantee you that this will be the HOTTEST ticket in town!)

Commenting on Tevye, she sings, “He’s so damned likable and funny — I am too! So why can’t this woman play an old Jew?”

According to Mr. Holden, Ms. Buckley has never been in better voice, and her trio — Christian Jacob on piano, Peter Barshay on bass and Anthony Pinciotti on drums — has found a comfortable balance between her two, sometimes conflicting, aspects.
One is an imperious Broadway diva, the other a quasi-jazz experimentalist, who, with her longtime musical sidekick, the pianist Kenny Werner, deconstructs songs from all over the place with the bold, occasionally reckless zeal of an explorer on the high seas without a compass. 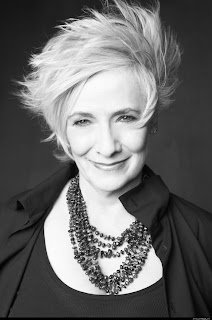 He goes on to say, For the most part Ms. Buckley, didn’t treat the concept as a joke, which was all to the good.
She wrung the last drop of pathos out of William Finn’s ballad “Venice” (from “Elegies”), in which three men, one of whom has AIDS, plan a farewell European trip that never takes place because the friend who is ill dies.
The song revolves around the reflection “Beauty and pleasure is all we can hope to understand.”
Go see Betty! You'll Thank Me!


Barbara Cook will be returning to Feinstein's after Betty Buckley! God, do I LOVE HER!
Barbara has a birthday later this month! October 25, 1927

Broadway's favorite ingenue got her first glimpse of New York City at the age of 20, on a trip with her mother from her native Atlanta in 1948. After seeing "Oklahoma!," she sent her mother back alone.
The silver-throated soprano soon made her Broadway debut as the ingenue in Yip Harburg's satirical flop, "Flahooley," in 1951, following it with a series of other roles on tour and on Broadway. Cook finally made a name for herself in 1956 as the much-maligned Cunegonde in "Candide."
Her showcase number in Leonard Bernstein's demanding score, "Glitter and Be Gay," in which she essentially makes a compelling case for being a kept woman; required her to hit 21 high Cs. I have been a fan of hers since the first time I heard her voice. Not even sure when that was. In the mid 80s, she did a concert on Broadway. That was the first time I saw her.

THIS IS A BIG YEAR FOR BARBARA!
The 34th Annual Kennedy Center Honors 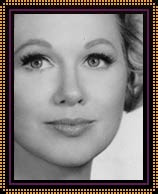 The Kennedy Center has announced that Barbara Cook will be one of the 5 artists to be honored this year. The annual awards are given to individuals in the performing arts for their lifetime contributions to American culture.
When asked about receiving this honor Barabara said, “What an amazing thing to have this validation from the Kennedy Center Honors Committee. And I am so moved to be included in the extraordinary group of artists who have been honored in the past. Barbara Cook and Fred Astaire? There isn’t a WOW! big enough.” 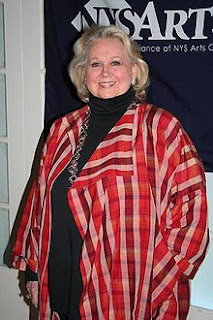 LOVE YOU, BARBARA!
I thank all the artists mentioned in this blog for the gifts they have given us and CONTINUE to give us!
Please do what YOU can to be more aware that words and actions DO HURT...but they can also heal and help!

Thank you Glen Charlow for the image at the top of this blog!


Tomorrow's blog will be YOU TELL ME! I'M OPEN TO SUGGESTIONS!! I'm also seeking a video question for tomorrow! 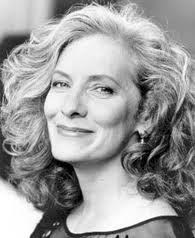 Posted by RichardSkipper at 3:29 PM