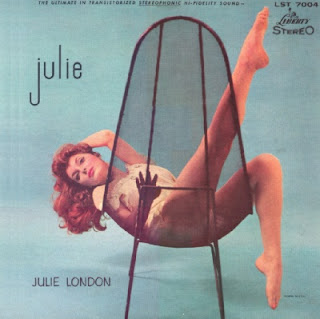 “The only discipline that lasts is self-discipline.” ~ Bum Phillips


Richard, I've been listening to Julie London today, and I didn't realize her voice early on was so beautiful! And course, gorgeous! Do you like her? I think she is under-appreciated! 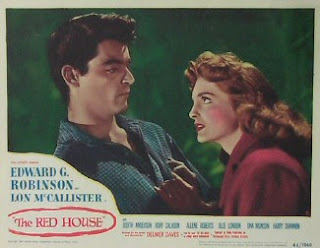 It got me to thinking, not only of Julie, but other incredible singers that are not honored and/or revered in a way such as Doris Day, Judy Garland, Barbra Streisand, Peggy Lee, and so many other "girl" singers. Today, I'd like to give two their due.
January 22nd, 1972. I am 11 years old. It was a Saturday night and a new TV show hits the airwaves.  The show centered around Station 51 and Rampart Emergency Hospital.  Station 51 contained a squad and an engine with a normal crew of six, two of which were paramedics. The show began with the pilot movie showing the paramedic program in its infancy, before legislation is in effect to allow the paramedics to function independently.
It followed the characters of paramedics John Gage and Roy DeSoto to the point when they were promoted to captain. Most episodes were split between rescue scenes in "the field" and follow-up treatment at the hospital afterward. Many episodes dealt with actual events in an attempt to educate, as well as entertain, the public. The format of the show (dividing the episodes between rescue scenes and hospital scenes) was due to the expense of filming rescue scenes, while the hospital scenes were relatively inexpensive -- so by splitting the episode between the hospital and the field, the production company saved money.
She was best known for her smoky, sensual voice. London was at her singing career's peak in the 1950s.
Her acting career lasted more than 35 years. 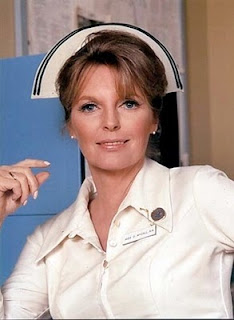 It concluded with the female lead role of nurse Dixie McCall on the television series, Emergency!
(1972–1979), co-starring her best friend Robert Fuller and her real-life husband Bobby Troup, and produced by her ex-husband Jack Webb. 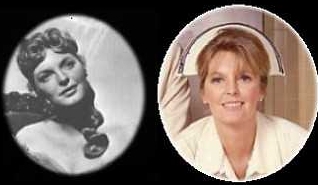 THAT was my introduction to Julie London.
I don't think it was until years later that I even knew she was a singer!
Julie London sang as a teenager in a band on the West Coast, prior to her first film appearance. She attended Hollywood Professional High School and graduated in 1944. She was discovered by talent agent Sue Carol (the wife of actor Alan Ladd) while an elevator operator. She appeared in her first film, Nabonga, in 1944. Her first public professional singing performance was at the 881 Club.  Born Gayle Peck in Santa Rosa, California, she was the daughter of Jack and Josephine Peck, who were a vaudeville song-and-dance team. When she was 14, the family moved to Los Angeles. Shortly after that, she began appearing in movies. She graduated from the Hollywood Professional School in 1945. 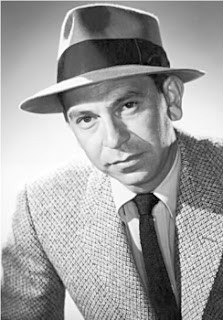 Another former classmate was disc-jockey Jack Wagner of KHJ in Hollywood. Jack was very impressed with Julie's sultry looks as a high school student and equally impressed with her singing talent. He, as much as anyone, helped tremendously to promote her albums. Jack wrote the liner notes for Julie's 1957 album "About the Blues" (Liberty 3043). Julie was married to Jack Webb, star of the "Dragnet" TV series who also was the producer of "Pete Kelly's Blues" in which Julie appeared in 1955. She later married Bobby Troup who helped to sign her to the then new "Liberty" label.

She made over 30 albums.
In July 1947 she married actor Jack Webb (of Dragnet fame). Her widely regarded beauty and poise (she was a pinup girl prized by GIs during World War II) contrasted strongly with his pedestrian appearance and streetwise acting technique (much parodied by impersonators). This unlikely pairing arose from their mutual love for jazz.[1] They had two daughters: Stacy and Lisa Webb. London and Webb divorced in November 1954. Daughter Stacy Webb was killed in a traffic accident in 1996.
In 1954, having become somewhat reclusive after her divorce from Webb, she met jazz composer and musician Bobbie Troup at a club on La Brea Avenue in Los Angeles. 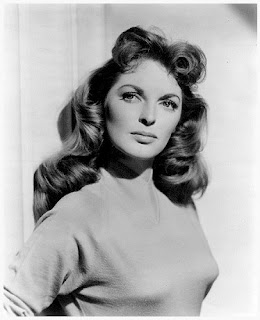 They married on December 31, 1959, and remained married until his death in February 1999.
They had one daughter, Kelly Troup, who died in March 2002, and twin sons, Jody and Reese Troup. One of her twin sons, Jody Troup died in 2010.
London's most famous single, "Cry Me A River", was written by her high-school classmate, Arthur Hamilton, and produced by Troup.[5] The recording became a million-seller after its release in December 1955 and also sold on re-issue in April 1983 from the attention brought by a Mari Wilson cover. London performed the song in the film The Girl Can't Help It (1956), and her recording gained later attention in the films Passion of Mind (2000) and V for Vendetta (2006).
Other popular singles include "Hot Toddy," "Daddy" and "Desafinado." Recordings such as "Go Slow" epitomized her career style: her voice is slow, smoky, and sensual.London suffered a stroke in 1995 and was in poor health until her death on October 18, 2000, in Encino, California, at age 74. 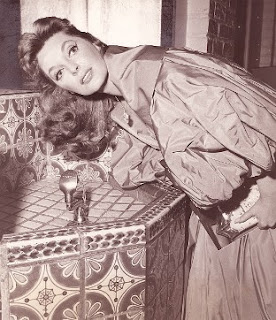 Survived by three of her five children, London was interred next to Troup in Forest Lawn in Hollywood Hills Cemetary, Los Angeles. Her star on the Hollywood Walk of Fame is at 7000 Hollywood Boulevard in Los Angeles.
Julie London's debut recordings were for the Bethlehem Records label.
While shopping for a record deal, she recorded 4 tracks that would later be included on the compilation albums Bethlehem's Girlfriends in 1955. Bobby Troup backed London on the dates, and London recorded the standards "Don't Worry About Me", "Motherless Child", "A Foggy Day", and "You're Blase'".

Another great singer that I love that I don't feel is fully recognized these days is Roberta Sherwood.

Roberta Sherwood rose from obscurity to become a headlining torch singer and entertainer in 1956.
Born in 1913 into a carnival family, Miss Sherwood began her 50-year career at age 11 in vaudeville.
Although audiences always responded to her visceral singing style, she chose to stop touring and marry a former actor, Don Lanning, in 1938.   They settled in Miami, began a family and opened a small nightclub where Miss Sherwood sang her way through the 1940's and 50's, breast-feeding her three sons between acts. 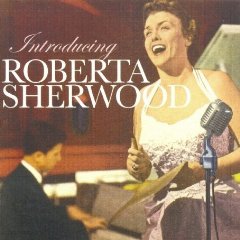 It was not until 1956, with her husband dying of lung cancer and a family to feed, that Miss Sherwood's career took off. Initially passed over as too old to perform, she sang only at local events until she was hired by a Miami Beach club owner. Soon, people packed the bar to hear the woman with the glasses who banged on a battered cymbal while she sang. The television comedian Red Buttons saw her perform and brought in Walter Winchell, who raved about her in his column and on radio broadcasts.


Soon Miss Sherwood was earning up to $5,000 a week at the nation's top nightclubs and was signed by Decca Records. She appeared at New York's Copacabana, made the rounds at the major clubs in Las Vegas and opened in Hollywood to an enthusiastic reception. Over the years, she appeared with such stars as Mickey Rooney, Don Rickles and Milton Berle.
Her style was described by Time magazine as "flashy, richly sentimental, as unsubtle as her crashing cymbal and as unpretentious as her $49.50 dress."

I have been fortunate enough to call among my friends several celebrities. The one thing that I've gleaned from them beyond their bodies of work is their humanness.


Thank you to all of the artists mentioned in this blog for the gifts you ALL have given to the world!

ARTS COUNCIL OF ROCKLAND, 185 North Main Street, Spring Valley, New York 10977
BEYOND THE THREE F's
Join the Arts Council and critically acclaimed, multi-award winning performer/director Richard Skipper for this 'how to' workshop on building audiences and creating a following for performers, visual artists, writers and any other individual or group looking to expand their fan base and reach beyond their borders. Skipper, a career consultant and co-producer of the 2010 and 2011 Bistro Awards brings years of experience to this workshop. Beyond the 3 F's (friends, family, fellow performers/artists) will focus on how to get you the attention that you need. Topics include how to use the Internet to your advantage in marketing; how to get your name "out there"; cold calling; creating a contract specific to your needs; how to create a press kit that shows you to your best possible advantage and more! Attendees are surveyed before the workshop to determine their needs. Richard customizes the workshop so that each participant gets their questions answered.
The workshop is free for members of the Arts Council and $25 for non-members. Space is limited. Reservations can be made by calling 845-426-3660, e-mailing info@artscouncilofrockland.org or by visiting www.artscouncilofrockland.org.
The Arts Council strives to be a fragrance-free workplace. Attendees are asked to please refrain from wearing perfumes, colognes or other strong scents. This event is co-sponsored with Arts in Orange and made possible, in part, with funds from the New York State Council on the Arts, a state agency and with a generous grant from KeyBank.
Thank you for joining me on these nostalgic journeys! I've added a new aspect to my blog.. I am now answering a question on video that YOU send to me. You can ask me ANYTHING and I will answer your question on video within my blog. Send your questions to
Richard@RichardSkipper.com 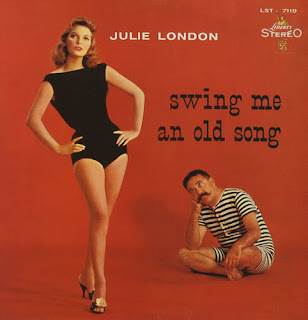 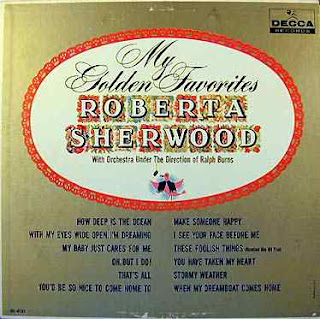 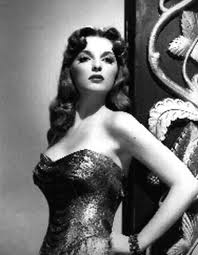