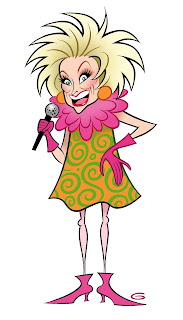 Happy Super Tuesday!
It truly is a Super Tuesday! Last night, I went to the launch of Noel and Company with their special presentation of Design For Living. The evening kicked off with the incredible Steve Ross regaling everyone with the music of Noel Coward. An incredible cast that included Keith Merrill and Mary Ellen Ashley. I had dinner afterward with Barbara Van Orden and her wonderful husband and Bobbie Horowitz and Dana Lorge. I will be celebrating with Barbara and her husband again tonight at The Plaza for a gala evening celebrating Patty Farmer's perfect account of The Persian Room years in The Persian Room Presents...get this book! I'll be sharing tonight with you tomorrow! 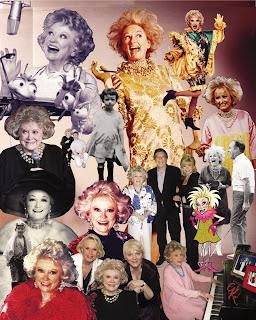 Tomorrow is also exciting because Phyllis Diller returns to television...at 94! I saw Phyllis perform live in 2001 when she joined the cast of  Off-Broadway's Pete 'n' Keely, the musical comedy parody that reunited a fictional divorced singing couple for a 1968 TV special. I went on my Birthday and I've never laughed so much in my life!
Phyllis is the only other living actress to play Dolly in Hello, Dolly! on Broadway.
The other is of course the youthful Carol Channing who is 91! Phyllis, IF you see this, I would LOVE to interview for my upcoming book on the women who played Dolly.

Phyllis Diller returns to "The Bold and The Beautiful" soap opera with an appearance airing Wednesday - March 7th and Thursday - March 8th at 12:30 p.m. on Channel 2. 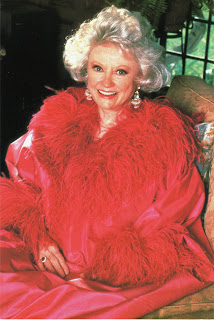 Phyllis Diller appeared on Band B from 1994 – 2005 playing “Gladys Pope,” a madcap makeup artist who became mixed up in the crazy antics of “Sally Spectra” (played by the late Darlene Conley).  She returns on March 7 and 8 as “Gladys,” who has become quite the Renaissance woman, a jack of all trades so to speak, due to the current sluggish economy. “Gladys” gets caught up in a comical situation between matriarch and patriarch of The Bold and the Beautiful, Stephanie and Eric Forrester (Susan Flannery and John McCook, respectively), that turns into a monumental moment in the show’s 25 year history.
Sources Harlan Boll, Artwork by Glen Hanson, Collage by Gil Kain) 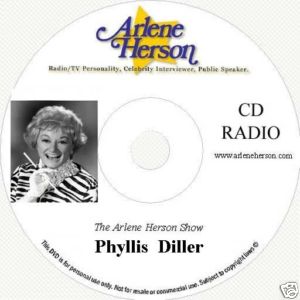 Phyllis is one of the greatest , smartest and most talented women in this business. She is...and has always been, a wonderful example of how to survive in this industry and always walks in Grace. Between Her Painting, Writing, brilliant wit and stellar Musicianship....She is the true Great Artist and a Beautiful Human being as well. I love her!!!!!
JULIE BUDD

I saw her do "Dolly" a couple of times and she was a revelation. A real actress creating a part and not the frenzied character that was her comedy act. Like Pearl Bailey, Phyllis added a third act to the show and became the character she played on TV. Many in the audience were disappointed that she had not played Dolly as the crazy character. I told her her one night at a party that she was great in the part and she almost cried. She told me it was a very important part of her life when she was a real actress. Oh, and I saw all the Dollys because I sold orange drink at the back of the St. James. 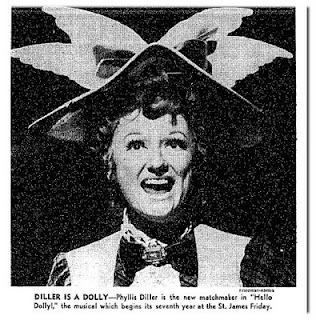 Peggy Herman, who I am producing at Feinstein's on May 6th, was Phyllis' opening act!
I remember the very first time I met Phyllis Diller.  They asked me to open for her on the SS Norway.  My tongue was stuck to the roof of my mouth and I kept thinking, OMG let it get unstuck to I could sing! Well, I did great and Phyllis booked me to open for her at Miami Beach's Fountainbleu Hotel in the LaRonde Room.  It was very exciting.  Phyllis and I have remained friends since.  I'll never forget the haircut she gave me at her home in Brentwood and we came back from lunch where she brought her own cloth napkins.  (Oh, she dressed as a Nun that day not to be recognized).  I loved when she came to Miami Beach and asked to stay with me.  My bedroom never looked the same after she got done rearranging it!  She is a trip!!!!

I quote her all the time. "My mother-in-law is so fat, we didn't have a Persian carpet till she sat on the cat." "Fang came home last night with rice in his hair. I asked him if he'd been to a wedding, and he said: 'No, a Chinaman threw up on me.'" Stuffy lady: "Well I never!" Phyllis: "You should sometime, it's kicks!" I've often wished I had seen her as Dolly, I bet she was wonderful.
Paul Mendenhall

In her autobiography, she talked about her using the Law of Attraction before it was popularized by The Secret. I'll never forget that her simplest yet sincere gifts to people many times were a leather-bound pad of paper and a pencil so they could manifest their dreams and goals.
Parker Nolan 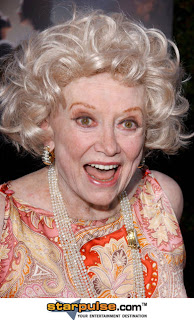 Phyllis Diller is not Susan Lucci's mother. Her parents are Jeanette and Victor Lucci. Diller has five children from her marriage to her first husband and has four grandchildren.

Phyllis Diller (born Phyllis Ada Driver; July 17, 1917) created a stage persona of a wild-haired, eccentrically dressed housewife who makes self-depricating jokes about her age and attractiveness (or supposed lack thereof), her terrible cooking, and about a husband named "Fang" while pretending to smoke from a long cigarette holder. Diller's signature is her unusual laugh.

Phyllis Diller was born to Perry Marcus Driver and his wife, Frances Ada Romshe (who was about twenty years younger than her husband) in Lima, Ohio.
The censuses from 1920 and 1930 state that the Driver family lived on West Mark Street, in Lima; in both instances, Perry Driver was listed as being an insurance agent. Diller attended Lima's Central High School, then studied for three years at Sherwood Music Conservatory in Chicago, Illinois. She then transferred to Bluffton College in Bluffton, Ohio, where she met fellow "Lima-ite" and classmate Hugh Downs


Here is Ken Fallin's drawing of Phyllis Diller, which was done for the Wall Street Journal, to go with an article about her autobiography: " Like A Lampshade In aWhorehouse".

Phyllis also paints, one of her many talents.

Tomorrow's blog will be... My Night at The Plaza! 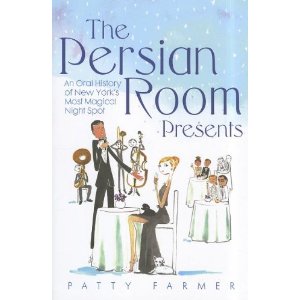 Portions of The Persian Room Presents benefits ChldHelp, a cause dear to Carol Lawrence's heart. Please join us at Barnes and Noble on Wednesday Evening, March 7th, 2012 7PM 82nd and Broadway to celebrate this amazing book. Details here!

Sign The Petition!
TILL TOMORROW...HERE'S TO AN ARTS FILLED DAY
Richard Skipper, Richard@RichardSkipper.com

This Blog is dedicated to Phyllis Diller and the gifts she gives to the world!