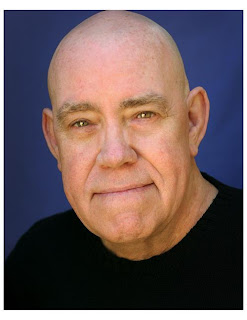 Conrad John Schuck is an actor, primarily in stage, movies and television. He is best known for his roles as police commissioner Rock Hudson's mildly slow-witted assistant, Sgt. Charles Enright in the 1970s crime drama McMillan & Wife, and as Lee Meriwether's husband, Herman Munster in the 1980s sitcom, The Munsters Today. Schuck is also known for his work on Star Trek movies and television series, often playing a Klingon character, as well as his recurring roles as Draal on Babylon 5 and as Chief of Detectives Muldrew of the New York City Police Department in the Law and Order programs, especially Law and Order: Special Victims Unit.
In the summer of 1992, John was also Horace Vandergelder in a short three city (Atlanta, St. Louis, Kansas City) tour as Horace Vandergelder opposite Madeline Kahn’s Dolly Levi in Hello, Dolly!

Tony Parise shared in my interview with him that the first performance in Atlanta, literally moments before opening the house, Madeline almost fell off the passarelle because it was not properly secured. She was not going on that night unless she had total assurance that she was not at risk. Tony performed the entire Dolly number for Madeline to put her mind at ease.
John was stage left as all of this was unfolding and he vividly remembers that night. John said the passarelle was not that wide to begin with and it was rickety. It was terrible and dangerous. He thought she showed great courage. A week and a half later, when she was at the MUNY, no wonder she was singing Ah, Sweet Mystery of Life!

A lot of promises came as a result of this tour! There is a lot of enthusiasm for your new “family”. Everyone hopes to work together again. The reality is that it doesn’t always happen.
Playing Horace in 1992, John came to the realization that if he was playing an older man, he no longer had to “act” that. Audiences loved seeing John and Madeline together, especially in the later two cities of the tour as Madeline hit her stride. The show did well financially. The Kansas City leg of the tour did the best. MUNY was going through a transitional period at that time in terms of their managers. Their audience had dwindled somewhat. Within the scope of what was there, it was extremely well received. They were definitely “boffo” in Kansas City. Madeline was a huge draw in Atlanta.
Critics aside, the audiences had a wonderful time. They were very good.
John did not think it was a great production in Atlanta. He thought it had a long way to go; certainly, it was professional. Madeline knew her lines and her timing was pretty good but not perfect. It took her being on the stage with the enormity of the MUNY for her to “get it.” That opening night, John KNEW this was going to be a great Dolly. It felt like a new production. In fact, the entire company rose to the occasion. John remembers Madeline’s first entrance on the horse cart in Atlanta. There was almost no applause. It was difficult to see her. She was this diminutive person who essentially retreated. That didn’t happen in St. Louis. It didn’t happen in Kansas City either. When she came out in the two later cities, she was there. The energy was there. At the MUNY, everything was kicked up a notch including real horses! There was a lot going on. What happened to her took place in performance. It’s akin to that rehearsal period when you are going through your paces. Then one day, “important” people are sitting at the table, and you just go for it and its there. You never retreat. That’s what happened to her.
John saw Channing in her last tour of Dolly. He feels that it never should have happened. He felt, when he saw it, that she was very stiff. He saw it on Broadway at the Lunt-Fontaine Theater. It was a very excellent company. They embellish the original stairway for that (Read my interview with Lee Roy Reams). As Lee Roy also said, in our minds we expect something bigger. It may be because of the movie.  People are expecting something bigger. At the MUNY, it IS Huge!  To Channing’s credit, she never once looked down as she made her way down those famed stairs. She came down by herself with no assistance.
Lee Roy who directed both productions stuck pretty much to the show as people know it. He was extraordinarily patient with both actresses. In his own quite logical way, he had a great knack for explaining things.
He wanted the show done a certain way. They both acquiesced to that. Lee Roy has a great love for the theater and people and it shows. He brings all of that to the table and he is extraordinarily knowledgeable. He is probably a better director than he is actor. He is certainly a wonderful singer and dancer. John enjoyed working with Lee Roy and he understood what John’s process was. Lee Roy allowed all of that to happen and then he made his decisions and put it all together.
John has seen a few Dollys that were bland. He has also seen a few Dollys that are too young.
He saw Martha Raye do it once. He felt that she was the other extreme. It was way over the top. It was way too big and broad and had become a cartoon rather than a real person. The thing that is so special about Dolly and Michael Stewart and Jerry Herman really caught this from The Matchmaker is the strength is in the heart of these characters. They all have this desperate need to have love. When you destroy that, you literally take the heart out of it. He felt that Martha Raye did that just as she did with Hannigan in Annie. John has seen her do several productions of Annie. He never did it with her. He once saw her do it at the MUNY. “That’s a whole other story.” 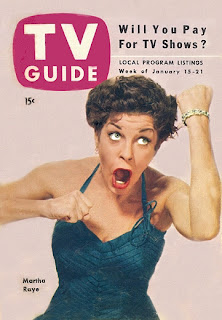 John has only met Jerry Herman twice. John almost played Horace opposite Carol in the 1994 tour and revival. At the last minute, Jay Garner, who had played the role decided that he wanted to do it. John went over to Jerry’s house in Los Angeles to sing for him.
John had laryngitis. Jerry was very understanding. He listened to John crack and warble and all that.
He said to John, “I know you can sing. Don’t worry about it.”
Then they went and had a nice lunch with Carol and Charles at the Beverly Hills Hotel.
John was shocked that Carol had a cheeseburger!
He had heard the stories about her food allergies. After lunch they parted and he never saw them again except when he saw her in the revival.
The first time John heard the score to Dolly, he was in college. It knocked his socks off. It was so infectious that he couldn’t wait to get to New York on his spring trip and see it which he did.
Hello, Dolly is a very clever number because it is definitely written as a showstopper; it is an eleven o’clock number. It is so joyful! Here is this waiting staff greeting this woman as if she was their queen. There is something about that adoration aspect that is totally infectious.
John feels that the role of Horace Vandergelder is pretty much indestructible. The actor who plays the part, just as those actresses playing Dolly, really bring their own personality to the proceedings. The character is a balloon. You puncture it and air comes out of it. Out of that emerges this loving man who says,” I need you. Let’s get together. ”
When closing night came, they were sad, Madeline, John, and his wife went out. They all took the car to the airport together. Although they stayed in touch, they never saw each other again. That was in August 1992. Madeline died December 3rd, 1999.
John has an incredible television career. He does the same kind of homework on a character for both stage and television. Unless you are on a series, he says it is harder to do on television. So often they write for “professions” instead of character. You have to decide ahead of time what you are going to try to do. You don’t have a lot of time with television to prepare or you can make the choice to do absolutely no preparation at all and just be spontaneous in the moment.
If John could play any part with no restrictions, he would play Barnaby. He loves Barnaby. He played Cornelius in college in The Matchmaker. It was wonderful. John went to Denison University. A lot of talent came from there, Steve Carell, Hal Holbrook and Jennifer Garner, entertainer John Davidson, but when John was there, they also had a summer theater.
It was the first tent theater in Ohio. John knew that he wanted to be an actor since he was five and his parents took him to see Oklahoma! at the St. James Theater on Broadway.  That solidified it. He knew he wanted to be an actor…or a cowboy!
Even though he has never played that theater, he hopes to before it’s all over, perhaps as Horace in the next revival of Dolly!
Starring in Hello, Dolly! for Conrad John Schuck meant that he was appearing in an American classic. He just loved that. His whole impetus as an actor was the American musical theater. When one gets to appear in a show that is part of that legacy, which Dolly is, it’s a thrill. It makes you feel like you are part of that. We’re past all that now. There will never be another Hello, Dolly!  It’s nice to know that for a few weeks, he was able to put his stamp on it. It’s a great honor.

Thank you Conrad John Schuck for the gifts you have given to the world and continue to give!

Do you have any pics? If you have anything to add or share, please contact me at Richard@RichardSkipper.com.

Please do what YOU can to be more aware that words and actions DO HURT...but they can also heal and help!
My next blog will be...my interview with Judith Binus (Assistant Stage Manager, Carol Channing/Eddie Bracken Tour and Revival 1977)

The Autumn Season is Upon Us! THIS is the show to Catch!
I'm celebrating Pamela Luss on Saturday, October 20th, 2012 at 7:00 pm

Pamela with Houston Person at The Metropolitan Room in NYC


Just The Two Of Us and Friends


Hope you can make it. It’s going to be a party!


Reserve today if that date is available! Call me if any questions!


Richard Skipper 845-365-0720
Check out the clip below of Pamela performing on The Jerry Lewis Telethon:

http://youtu.be/JmUgcuT_WM8
And a review from her last time around: http://nitelifeexchange.com/review/cabaret-reviews-mainmenu-27/2007-luss-is-luscious-at-metropolitan-room.html 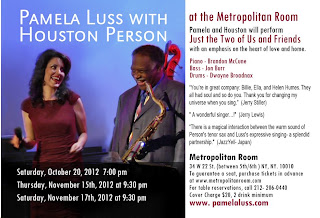